The first issue to tackle with this monitor is its size and resolution. Samsung has suggested it can be run at its native resolution, without the need to use Windows’ scaling function to make text and other items a readable size. However, we’re not so sure.

Its measure of 139 pixels per inch is higher than the 109ppi you see on most 27in panels with a 2,560 x 1,440 resolution. It’s higher still than the 94ppi of typical 24in 1,920 x 1,080 models. As such, while those with keen eyesight will be fine using the native resolution, most will find it too small to use comfortably. Indeed, Windows defaults to zooming in by 150%.

This isn’t a problem as such, but it’s worth bearing in mind – and thankfully, Windows 10 is better than ever at coping with high-resolution displays.

Native resolution on the left; 150% zoom on the right

Not that you’ll want to just jump in and start using it, even after it’s set at your desired resolution. Straight out of the box, the U32E850R’s brightness is far too high.

Set to 100% we measured it at 345 nits, which is impressively close to the rated 350 nits. This is nearly double what we’d normally use. At this setting the black level was a little higher than expected at 0.39 nits, making for a good, if not outstanding, contrast ratio of 880:1. Colour temperature, however, was impressively close to our ideal of 6,500K, at 6,311K.

Using the OSD controls, we toned down the brightness to as near to 200 nits as we could get while also adjustung the colour temperature. We got pretty close with a white level of 217 nits, but the black level dropped to only 0.26nits. The result was a slightly reduced contrast ratio of 813:1 – hardly a travesty. Setting the screen’s RGB colour to 45/37/60, we were also able to dial in a near-perfect colour temperature of 6,488K.

Following full calibration using our X-Rite i1 Display colorimeter and dispcalGUI software we measured sRGB coverage of 98% and a staggering Delta E of just 0.09. Not only can this monitor display the furthest reaches of the colour palette, but it will do so to a fine degree .

Unfortunately, the screen does suffer from uniformity issues. Somewhat inevitably for a screen of this size with such a slim profile, the backlight just isn’t as even as on smaller or thicker models. 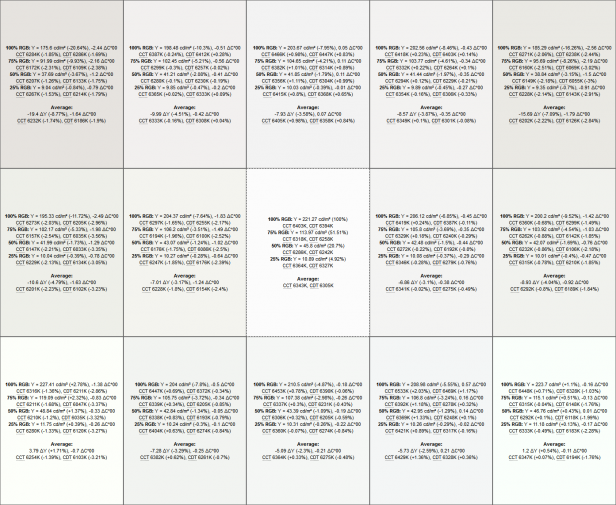 A slight variation in brightness and colour tone when
viewing a plain white background is also apparent. This isn’t a disastrous result, however, and most home and office users will hardly notice. Nonetheless, those who regularly work on pictures or video should note that there will be inherent inaccuracies if you use the whole screen for these tasks. Ultimately, the reason Samsung’s UD970 is nearly twice the price of this model is that its maximum deviations are 3.8% brightness and 3% colour. 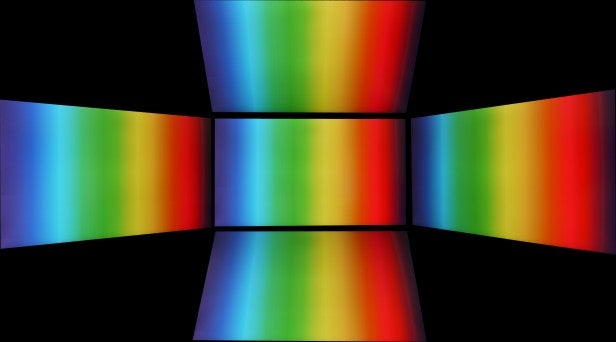 Also worth noting is that, because of the screen’s generous size, you do often end up viewing the corners from an angle that’s significantly off the perpendicular. This means the corners suffer just a touch from the same slight greying effect you experience when viewing PLS/IPS LCD panels off axis.

However, this is only really noticeable when watching a dark movie – but it certainly gives some credence to the idea of curved monitors such as the Samsung S23E790C.

Otherwise, the U32E850R’s overall viewing angles are excellent, with very little colour or contrast shift visible as you move your viewing position.

When it comes to gaming, the first concern will always be input lag. Here, the U32E850R didn’t trip up, returning an average of 9.57ms. This is an impressively low score that’s well below the 30ms point at which it affects your experience.

In addition, FreeSync does a great job of eliminating tearing and stutter, successfully turning our Titanfall session from a ragged-looking mess to a smooth, serene display.

As ever, it works only over DisplayPort at the moment and requires a compatible AMD graphics card – but given that includes most of those produced by the company in the last couple of years, you should be good to go.

For Nvidia users FreeSync is of no use, so this monitor’s only gaming feature is its gamma-adjusting game mode. We found it did the job, boosting the visibility of dark areas. It’s a small feature but a welcome one for occasional, more competitive, gaming sessions. 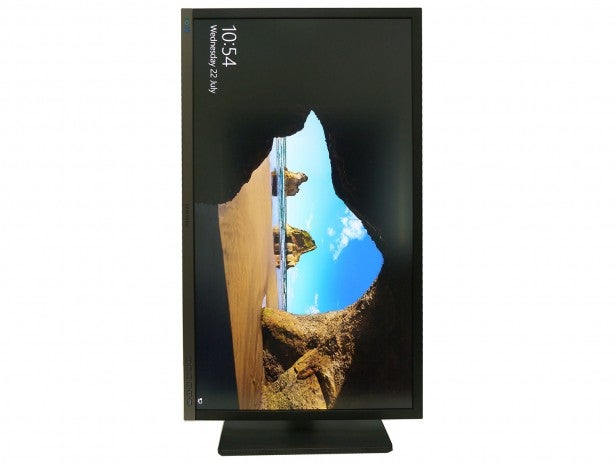 The Samsung U32E850R comes pretty close to offering the ideal combination of screen size, resolution, features and image quality. For those looking for a sizeable monitor, but who don’t require the utmost in image quality, it’s the ideal choice. Especially for home users who play games.

The Samsung UD970 trumps it for image quality, but costs nearly twice as much. In addition, its superior image quality simply won’t be needed by non-professionals and it doesn’t have FreeSync either. The same is true of the stupendous Dell UltraSharp UP3214Q.

For those without a need for such high image quality and high resolution, there are models of the same size available for much less.

The closest alternative to the U32E850R is the curve-screened Samsung S34E790C, which offers an ultra widescreen aspect ratio of 21:9 – that’s a resolution 3,840 x 1,440. It’s less suited to work, but is a wonderful all-round entertainment monitor. It lacks FreeSync, though.

One final thing to bear in mind about the U32E850R is that image quality is a touch below the very best, even if you don’t need Adobe RGB. While you may have to compromise on screen size, you can get better quality for less money. The 27in ViewSonic VP2780-4K is a good example and is available for £700.

Competition will no doubt hot up in this sector as more manufacturers hit this general combination of features – FreeSync is pretty much becoming standard now, after all. Right now, however, there isn’t anything that quite matches the Samsung. The upshot is that if £900 was burning a whole in our pockets right now, this is the monitor we’d buy.

Good overall image quality, a fully adjustable stand and an elegant design combine to make the Samsung U32E850R ideal for work and entertainment. It’s pricey – but if you’re looking to take the step up to a premium 30in+ monitor with a
4K resolution then it’s the ideal candidate.