The Samsung has the same technological credentials as its rival from Asus, but it proved more inconsistent in benchmarks.

The U28D590D started well with a retina-searing brightness level of 386 nits. That’s a stonking score that easily outstrips the 246 nit brightness of the Asus, but it doesn’t tell the whole story – the Samsung’s black level of 0.48 nits is poor, and can’t match the 0.3 nit result from the Asus.

The Samsung’s poorer black level means its darker shades don’t have quite as much punch as the Asus screen. That’s true through the whole range, as the U28D590D’s contrast ratio of 804:1 can’t match the 819:1 result from the Asus panel. That makes the Samsung’s higher brightness level almost moot – especially when you’ll have to turn it down in most cases. 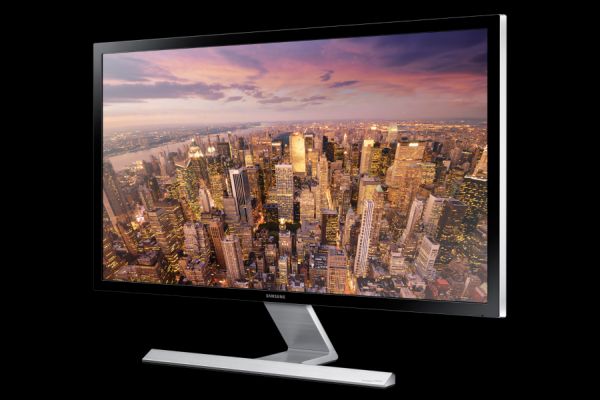 Colour accuracy isn’t quite as good, either. The Samsung’s average Delta E figure of 3.35 can’t hold a candle to the 1.95 of the Asus – ideally, we prefer an average of less than 2.

The colour temperature of 6,466K is the only major area where the Samsung screen outpaces its rival. The Asus could only manage 6,652K. Both screens displayed 87% of the sRGB colour gamut.

The Samsung falls behind its rival in most tests, but it’s still a good screen, and we could only find minor faults when scouring our test images. We noticed a little banding across darker shades of grey, and couldn’t pull apart a few of the darkest black shades. Viewing angles aren’t great – a common issue with TN screens – and Samsung’s Magic Angle modes did little to rectify the issue.

The brightness level meant we had no such problem picking out different white shades, and the great brightness ensured that colours remained vivid throughout. 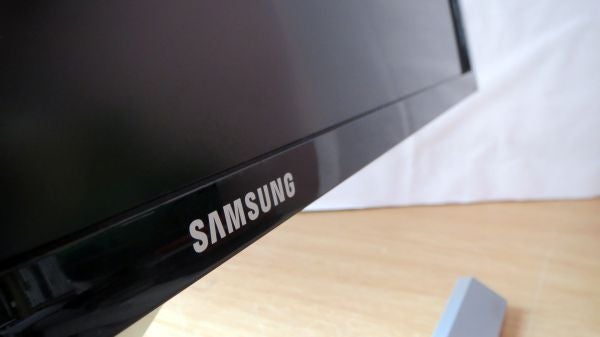 The Samsung’s affordable nature means that this panel’s consistency wasn’t the best. Only in the top right-hand corner did the screen’s brightness stay within a few percentage points of the middle of the screen. Brightness dropped off towards the left-hand edge of the panel, and the bottom row of the screen was consistently dim.

Colour temperature was similarly inconsistent, with some areas of the screen staying around 6,500K but the right-hand edge straying towards a cooler 6,700K.

The Samsung’s primary alternative screen option is gaming mode, but we weren’t blown away. The difference is subtle, with colour temperature, brightness and contrast all hovering around the same levels as our factory settings test.

Colour accuracy dropped, with the average and maximum Delta E figures of 3.35 and 7.5 declining to 4.3 and 12.11. The panel seemed more vivid with this option enabled, but it didn’t make much of a difference – it’s not something we’d use. 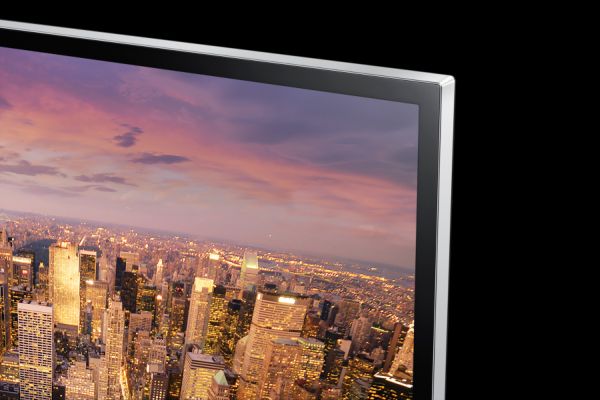 Elsewhere, Samsung deploys a trio of Magic Bright modes that are designed to improve the U28D590D’s quality in a variety of different situations.

As well as its factory settings and gaming modes, this screen also has a trio of response time options: standard, faster and fastest. That means six potential scenarios when it comes to input lag.

Unfortunately, none impressed. The best result came in the Faster mode when the screen was running at its factory settings, but the average input lag of 25.6ms couldn’t touch the 10.6ms of the Asus. That’s an average score, and it makes the Asus better for gaming – even if only the keenest of players will likely be able to tell the difference between the two panels. 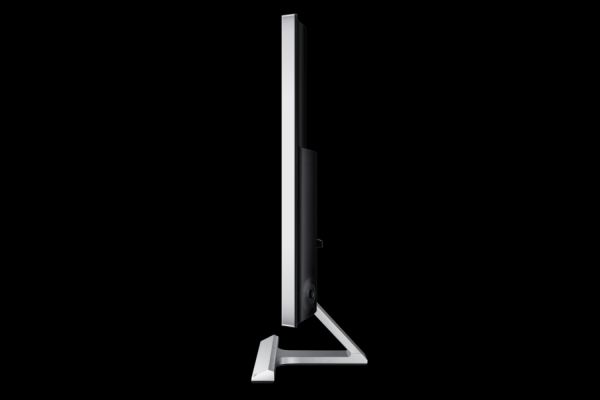 It’s easy to see why a 4K gaming monitor is so tempting – all of those extra pixels can lend the latest titles an extra dose of fidelity – and the Samsung is one of the better examples we’ve seen.

Its initial performance couldn’t quite match its rival from Asus, but fiddling with its screen modes soon saw it close the gap – and even surpass the Asus in several of our image quality tests.

That’s a good start, but the Samsung’s stand has almost no versatility, and its input lag is much worse than the Asus. The quality gap between these two screens is very small, and the Asus has a more versatile stand and much better input speed – so, for a £20 difference, that’s what we’d buy.

Samsung’s latest bolsters good default performance with even better results once tweaked, but its lack of versatility and poor input times put paid to its prospects as a gaming monitor. The Asus PB287Q offers similar quality and improved versatility and speed for only £20 more.

Next, see our pick of the Best Monitors or check out more PC Peripheral Reviews