The Samsung UE43TU7100 isn’t the most exciting TV in the world, but it offers amazing value for money by delivering picture quality that’s a cut above anything else you’ll find for less than £400.

The Samsung TU7100 (UE43TU7100) is one of a number of affordable tellies flooding the market in the run up to Black Friday.

While that may sound boring, having put it through its paces I can confirm the Samsung UE43TU7100 is anything but dull.

With a set of features and picture quality beyond what you’d normally expect at this price, the Samsung TU7100 is one of the first products in an age to genuinely surprise the team at Trusted Labs. So much so, that as it stands we couldn’t recommend it more to any buyer on a strict budget looking for an affordable, small form-factor TV.

It’s not a set that features all the bells and whistles gamers will need for the next generation PS5, Xbox Series X and Xbox Series S, but at this price, what do you expect?

The Samsung UE43TU7100 has a discrete design and easy setup process

The Samsung TU7100 is effectively the little brother of the Samsung TU8500 we reviewed earlier in 2020, being the smaller option and lower entry point to the firm’s Crystal UHD series.

This means it’s a fairly unassuming TV that’s blissfully easy to set up. The two feet are attached to the stand using a clip docking system. From there you just have to plug it in, connect to the internet using Wi-Fi or the Ethernet port and follow a series of on screen prompts.

If you’re embedded in Samsung’s SmartThings ecosystem you can speed things up by copying over apps, settings and logins from any other Samsung TV you have in the house.

The design isn’t revolutionary, but the tiny bezel and utilitarian stand make it a suitably compact to fit in any second bedroom, kids playroom or small lounge without taking up too much space. The stand also sets it high enough for you to place a small soundbar under the TV, if you so desire. 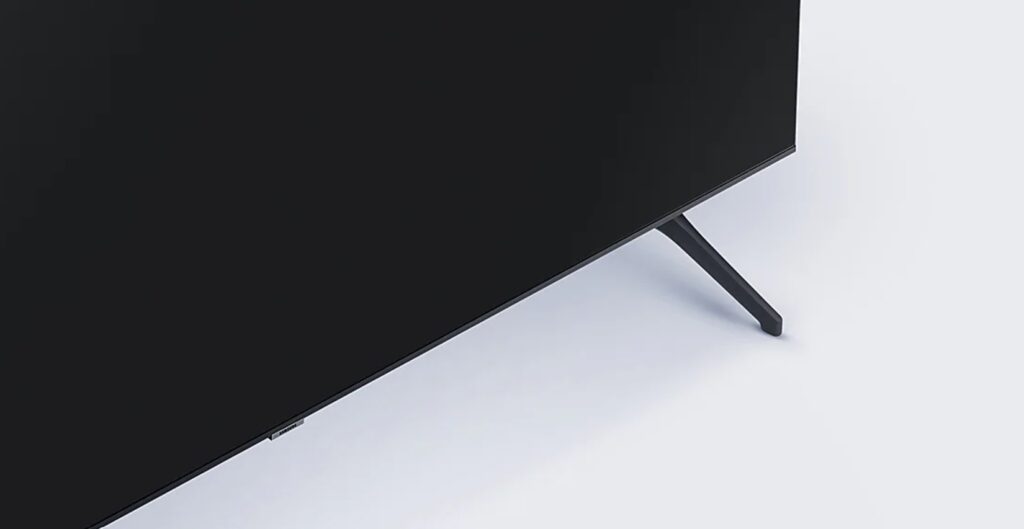 Unlike the TU8500, the TU7100 only comes with one standard-looking remote. Though the design is a little old school and full of inputs most younger people won’t use, it does the job and is suitably intuitive.

One minor quibble with the design is that connectivity is fairly limited if you plan to connect multiple devices or use a soundbar. On the back you’ll find two HDMIs (one with eARC), USB, Ethernet, Optical audio out and aerial input. Even at this price two HDMI ports feels stingy.

This means if you try and take advantage of the TV’s Dolby Digital Plus support using a soundbar you’d only have room to connect one other device. Considering how many households have multiple devices, I’d liked to see the TU7100 come with at least three HDMIs.

The only other minor quibble is that its wireless support caps out at WiFi 5 and Bluetooth 4.2. At this price that’s the industry standard and hardly a deal breaker, though.

The Samsung TU7100 has a robust feature set and app ecosystem

The Samsung TU7100 is powered by the Tizen operating system. This is one of the better TV interfaces offering wide app support and smart home functionality.

Tizen has a neat, intuitive UI where all the installed and regularly used apps are displayed in a carousel. The streaming service library is also one of the better ones out there. Services include Netflix, Prime Video, Disney+, Britbox, NOW TV, Apple TV, as well as platform exclusives such as Apple Music. You’ll also get all the UK catch-up apps including iPlayer, All 4 and ITV Hub, which countermand the lack of Freeview Play. 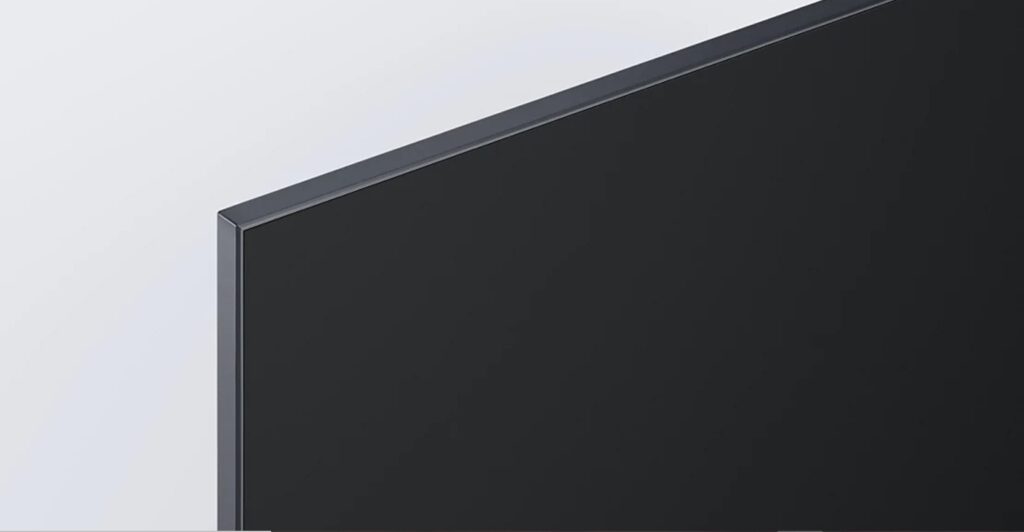 The only services you won’t find tend to be fairly esoteric, like the anime focused Crunchyroll and horror service Shudder. But Samsung’s SmartThings stops this from being a deal breaker as the app makes it quick and easy to stream content from your phone to the TV.

It also lets you connect the TV to other compatible SmartThings compatible devices in your home, which will be a bonus for tech tinkers.

The downside is that the Samsung TU7100 doesn’t have the fastest operating system out there. Even doing basic things like scrolling through menu screens and there’s a noticeable delay between you enacting a command and it happening. Apps also can take longer than I’d like to open.

Outside of this the TV offers generally good performance. Being clear, though it recognises HDR signals, you shouldn’t expect an edge-lit LED panel to blow your socks off with its HDR performance. But Samsung’s Crystal UHD display once again outdoes pretty much all the competition at the affordable end of the market.

It offers significantly better blacks than what I’d expect from an LED TV that costs so little. Watching Amazon’s Bosch in 4K and HDR10+ (Samsung doesn’t support Dolby Vision) and the night time city looked a lot more dynamic and held details that were completely lost on similarly priced sets. Though again, don’t expect the TU7100 to match the performance or dynamic range of a QLED or OLED TV.

Colour temperatures are also solid. Unlike a lot of cheap TVs, the TU7100 doesn’t overcook colours in a bid to artificially make the screen look more vibrant. The out of the box Standard setting has a nice neutral tone, and those that want to can change this to the “Dynamic” or “Movie” preset if they prefer the latter, though I can’t see why anyone would.

The only bit of advice I’d give is to make sure you turn off, or at least reduce, the TV’s Picture Clarity setting. The feature is designed to reduce noise and generally make TV and movies look smoother, but during testing I found it just gave most content the ‘soap opera’ effect.

Outside of this it also ticks all the right boxes thanks to the inclusion of a custom “Game Mode”. This automatically activates when the TV detects the user is playing games and optimises the TU7100’s settings to reduce input lag.

The only area I’m not completely sold on is sound quality. A TV this price and size is never going to wow you and that remains the case on the Samsung UE43TU7100, which offers equivalent audio quality to most other sub £400 sets. The speaker system is fine for general TV watching, but there are a number of affordable soundbars on the market that offer better detail and tonal balance, especially at high volumes. The TU7100’s built-in speakers occasionally let distortion creep in.

The Samsung UE43TU7100 is a diamond in the rough TV that punches well above its sub-£400 price tag. Offering above average picture quality, a compact, easy to setup design, robust app library and Samsung’s SmartThings support, you’ll struggle to find a better TV at this price.

Considering the size and performance of the UE43TU7100, you’re not going to get the sort of decisive HDR performance that more expensive TVs will offer. Think of it as HDR-lite instead of a full-fat experience.