The concept of a PC monitor with an integrated TV tuner has really taken off in the last couple of years. The idea is definitely sound, especially for anyone that lives in shared accommodation or a studio flat – you’ve basically got both a TV and a computer monitor without needing to find space for two units. Of course you could easily just plug a TV tuner into your PC and then use any monitor, but the downside is that you then have to power your PC up every time you want to watch TV.


The SyncMaster 930MP builds on Samsung’s already strong display line up, and it’s further proof that the Korean giant is spending a lot of time, effort and money on design as well as function. This screen definitely looks good and blends the function of a PC display with the style of a consumer LCD TV. 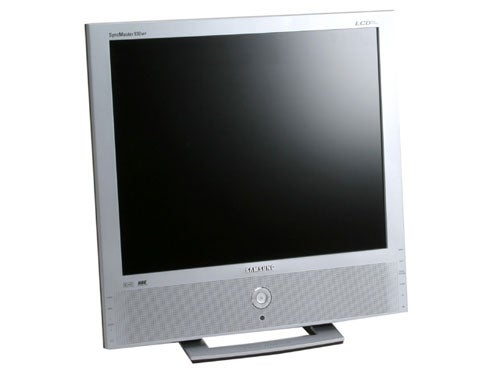 The front fascia of the 930MP is finished in matt silver, which is pretty much par for the course these days, but it looks good nonetheless. The bezel surrounding the screen is reasonably slim, but not overly so, while there’s a large speaker grille below the screen. At the very centre of the speaker grille is a round four-way control with a power button in the middle. By default, pressing the four-way controller up and down will change the TV channel, while pressing it left and right will adjust the volume.


The main bulk of controls are located on the right side of casing. Here you’ll find the Menu button that takes you into the OSD – you then navigate the OSD using the four-way controller on the front fascia. Below the Menu button is the Auto button, which automatically configures the screen when you’re connected via an analogue signal. Next down is the Enter button, which also doubles up as the switch for the integrated FM radio tuner. Below this is the source button which toggles between video inputs. Next is a Picture in Picture (PIP) button, which overlays the TV tuner picture on the corner of your Windows display. 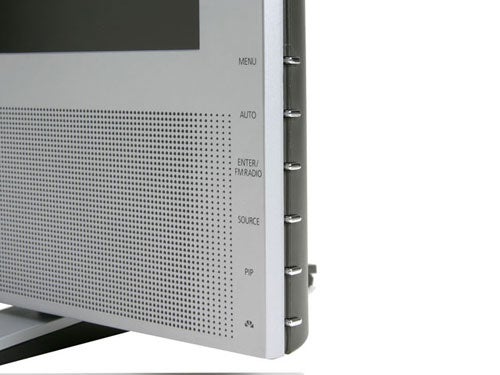 The final button is for Samsung’s MagicBright feature. This gives you four presets for the brightness of the screen labelled, Entertain – for watching movies or playing games, Internet – for when you’re browsing the Web and Text – for when you’re working on Word documents or spreadsheets. The final preset is Custom, where you can have quick access to your own user defined setting.


When it comes to image quality, the 930MP puts in a pretty good performance overall. In general use the image is bright and the colours fairly vibrant, while the viewing angle is excellent in both vertical and horizontal planes. Watching video and playing games proved to be no problem at all, despite the somewhat conservative 25ms response time. 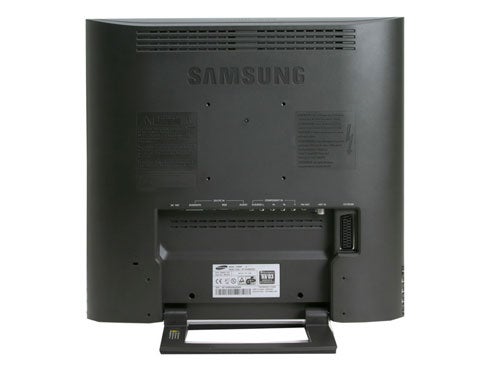 However, firing up DisplayMate showed that the 930MP does have some shortcomings, with the main issue being an inability to display smooth tonal gradations. The 256 Intensity Level Colour Ramp showed staggered banding throughout the range, while the 256 Intensity Level Ramp showed the same issues throughout the greyscale range. The Colour Scales showed a uniform dropping of intensity, with every colour fading in a uniform manner.


But it’s worth remembering that even if DisplayMate highlights some quality issues with a screen it doesn’t necessarily mean that these issues would affect everyday use. The gradation issues with the 930MP might be a problem for someone who regularly does a lot of high-end image editing, but to be honest, that type of person is unlikely to be looking at a 19in TFT with an integrated TV tuner. And even if you do the odd bit of image editing, I had no problem using the 930MP for editing and cutting out images used on TrustedReviews. But it has to be said, that I’ve seen better image quality elsewhere – even from Samsung. 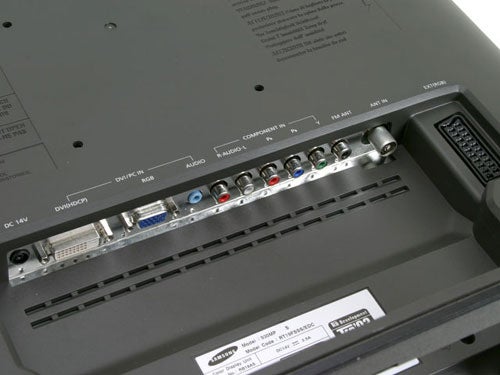 At the rear there’s a plethora of connection options. There’s a DVI-D port that’s HDCP compliant, and thoughtfully labelled so. At least this means that you’ll be able to watch copy protected HD content on this screen. There’s also an analogue D-SUB input, along with a mini-jack audio input for pumping your PC sound through the integrated speakers. If you want to connect up a high-end DVD player, there’s a set of component video inputs, along with a pair of RCA ports for stereo audio. Although I’m always pleased to see component inputs on a screen, I’m not sure I’d go to the trouble of connecting my DVD player to a 4:3 screen, and I’d be far more likely to play a DVD movie from my PC if I was using the 930MP.

You also get two antenna sockets at the rear, one for the FM tuner and one for the analogue TV tuner. Making sure that all the bases are covered, Samsung has also included an RGB SCART socket to round things off. There’s no kettle lead socket, as the 930MP uses an external power brick – the result is a small 14v DC power connector.


As if that wasn’t enough, there are some more connection options on the left side of the chassis. Here you’ll find a handy headphone socket, which saves you having to trail your headphones down to your PC. It’s a shame that there isn’t a mic pass through, then you could plug a headset in as well. There’s also another set of RCA audio inputs, a composite video input and an S-Video input. 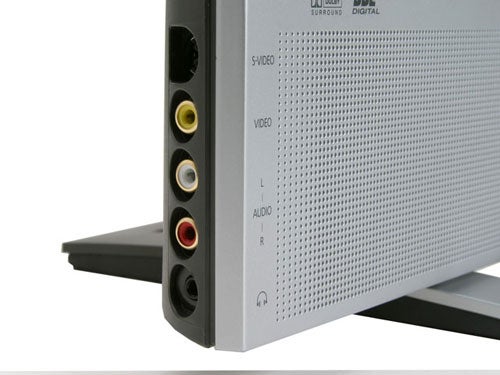 If there’s one disappointment with the design of the 930MP it’s the stand. The stand looks good, and the large speaker area means that the actual screen sits at pretty much the perfect height for me, but I still would have liked some adjustment. The only adjustment you get is forward and backward tilting – there’s no height or panning adjustment, and of course there’s no pivot.


Although I would like to see digital tuners appearing in screens like this, the analogue one fitted produced a decent picture, and even managed reasonable reception in the TrustedReviews office. The PIP feature worked brilliantly and allowed me to watch England throw away the third Ashes test while I got on with writing copy.

There’s a remote control thrown into the bargain, finished in black and silver. It’s fairly small and sits well in the hand, but it does look rather basic and utilitarian compared to the screen itself. In fact, this is exactly the same remote that shipped with the Samsung 730MW 17in widescreen monitor/LCD TV.


In the box you’ll find a power cable, the power brick, mini-jack audio cable, a FM tuner antenna and a D-SUB cable. Conspicuous by its absence is a DVI cable, which is a real shame. With a screen like this you’re going to want to connect via DVI, especially since the DVI-D port is HDCP compliant. 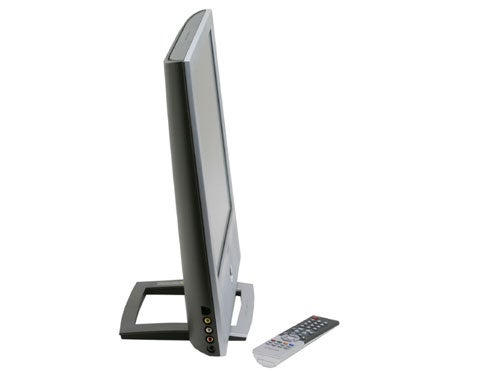 The final piece of the puzzle is price, and at just over £400 the 930MP does seem quite pricey at first glance. However, when you consider that a good 19in Samsung monitor will cost you around £330, the premium you’re paying for the tuners, remote and the ability to watch TV without powering up your PC doesn’t seem too bad.


I can’t help but like the SyncMaster 930MP, despite the fact that it has a few flaws. If you’re looking for a good 19in display that can double as your TV and radio, the 930MP is worth considering.


The SyncMaster 930MP marries a decent 19in TFT panel, with an integrated TV tuner. There’s masses of connection options, including an HDCP compliant DVI-D input. The majority of monitor/LCD TVs we’ve seen have been 17in units, but I have to say that this 19in is a big improvement both for entertainment content, and for Windows work. The 930MP may not be perfect, but it does tick most of the right boxes.