Samsung already has a good name for its laser printers and now adds itself to the list of manufacturers producing a photo printer based on dye sublimation technology. Its SPP-2040 is a direct competitor to Canon’s Selphy CP-500 and appears to use the same printer engine and consumables.


The SPP-2040 starts out looking like a small, cuboid box around the size of a compact dictionary. However, once you’ve inserted the paper cassette that sticks out nearly 150mm and have allowed for the same space behind the printer, its desktop footprint is not that small.


On the top is a hinged 50mm LCD display, which is used in combination with four buttons and a four-way dial button to navigate the printer’s menu system and to edit images before printing. However, I found the display to be a little small to see much image detail. 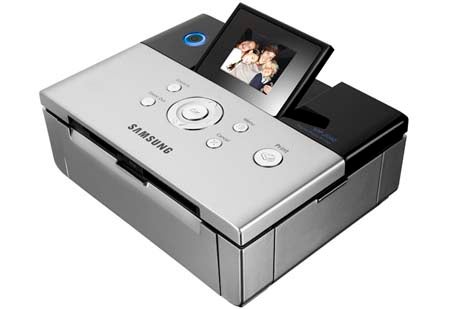 Down the left-hand side under a flip-down cover are sockets for USB 2.0, PictBridge (where you can also plug in an optional Bluetooth adapter) and power connections. Power comes from an external power block with no facility to run the printer on batteries for portable use. Flip down a cover on the other side and you can slide in the film cartridge.


At the front of the printer are card clots which can take most of the common types of memory card. You can use the printer independently of a PC, to print from any memory card or directly from the camera.


Set up is simple; all you do is plug in the paper cassette, slide in the film ink cartridge, being careful not to snag the thin film, and connect either a PC or a PictBridge camera. The Windows printer driver takes care of paper size and resizing your images to fit while the PictBridge firmware in the printer enables you to control print jobs from your camera. 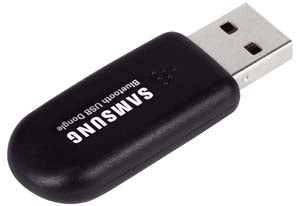 You have some control over the quality and size of the prints from the printer’s menu and can change properties such as brightness and contrast. You can also zoom in on areas of an image and pan around it to print a selected portion. There’s a facility to print multiple images on a single sheet, effectively giving you thumbnails.


Samsung claims a print in 60 seconds from this machine, but we weren’t quite able to match this in our tests. Printing from a PictBridge camera we saw a print in 1 minute 11 seconds while from a PC a print took 1 minute four seconds. Neither of these times was as good as from the Canon Selphy and the PC print speed was 30 per cent slower from the Samsung machine.

Print quality is very good with natural and accurate colours printed without dots. The dye sublimation technique means ink is transferred as a vapour from the backing film to the paper, so you get a ‘continuous tone’ print, very similar to a classic, silver halide photograph.


The printer lays three different colours onto the paper: yellow, magenta and cyan in that order, and then it lays a clear transparent layer over the top to protect the printer from light and ozone attack. The cover layer also gives the print an attractive, glossy coating. Even with only three-colour prints, black is well reproduced. 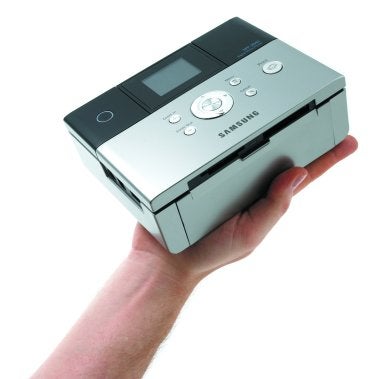 The print film is divided into strips of each colour, just long enough to print a complete 6 by 4 print, so you always know exactly how many prints you will get from a given ribbon. In Samsung’s case, this is 40.


As with most dye sublimation printers, working out the costs of printing is very simple. Samsung supplies packs containing both ink ribbons and 6 by 4-inch photo blanks in either 40-print or 120-print versions. Not surprisingly you get better economy from the 120-print pack and using this to calculate print costs gives 27p per photo. This is marginally better than Canon’s cost and compares well with typical inkjet prices.


Samsung only provides a 10-print ‘starter’ pack with the SPP-2040. It’s worth saying we see no reason why somebody investing in a brand new printer shouldn’t be given standard consumables. Samsung is not alone in this practice, but more and more printer companies are shaving costs by forcing purchasers to go out and buy extra consumables, almost as soon as buying a printer.


We could only find one online source, Disking, currently selling the SPP-2040, and it appears to be selling the printer for eight pounds over the recommended retail price. This will presumably change, once the machine is more widely available. Running costs are slightly cheaper than the Canon Selphy CP-500 and the Samsung machine is more flexible, with its memory card readers and colour display. However, it’s also twice the price, so for a simple set-up, you might want to consider its smaller Samsung sibling, the SPP-2020, at around £110… or the Selphy.