T-Mobile’s HSDPA service launched in the summer and to date has been largely aimed at business users. The first device to appear was a PC Card data card, and it’s also available on the MDA Vario II, a keyboarded Windows Mobile Pocket PC. I reviewed the very similar, but non HSDPA powered HTC TyTN.


It took till late November for T-Mobile to bring HSDPA to the masses, in the shape of the Samsung SGH-Z560. This is a 16mm thin clamshell handset in the style of Samsung’s Ultra Edition mobiles.


Its main problem, in terms of ergonomics, is that it is large. Even before the clam is opened up you are holding something 97mm tall and 51mm wide, and with the clam opened the SGH-Z560 jumps to a little more than 180mm tall. That is taller than my home DECT phone by quite a margin. On the plus side it is very light at just 94g and it feels good in the hand, its shiny black casing lending it a certain softness when held. The hinge is good too, and I found it easy to slide my thumb under the lower edge of the closed clam and open and shut it one handed. 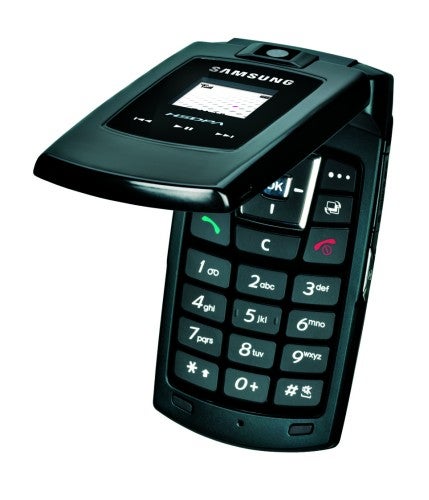 On the outside of the phone is a 65,000 colours, 96 x 96 pixel display, measuring 26mm corner to corner. I’d have liked this to be a bit larger, but that’s just because the phone itself is big and the screen looks a little lost.

Beneath it are three touch buttons for controlling music playback. If you’ve read any of my other reviews of handsets with touch controls here at TrustedReviews you’ll have got the message that I don’t like them.


But the controls on this handset are actually quite impressive. They are sensitive to the heat in your fingers and so can’t be tapped by other stuff in your pocket. When you put a finger to one it is backlit brilliant white to show you’ve pressed it, and during testing each of the three keys, performed as I wanted it to every time I tapped it.


The centre one pauses and resumes playback, the two outer ones skip within tracks when you hold a finger on them and move to the next or previous track when tapped once. I have to say that they are the most impressive set of touch controls I have used on a phone.


On the left edge of the phone is a volume rocker and a covered slot for mains power, the provided stereo headset and the provided PC connection cable. The connector type is proprietary so you can’t use your own 3.5mm headset.

There’s 17MB of built in memory, and you can expand it with microSD cards. The covered slot is on the upper right edge. Beneath this is a controller for the cameras of which there are two.


The main 2-megapixel camera lens is on the front of the casing. With the phone closed when you hold down the camera key the front screen turns into a viewfinder so you can frame pictures of yourself. The VGA camera you use for video calling is inside the clam beneath the screen.


The main camera produced clear sharp shots, the autofocus worked well, and my only grumble is that it seems to let in a bit too much light on automatic settings. 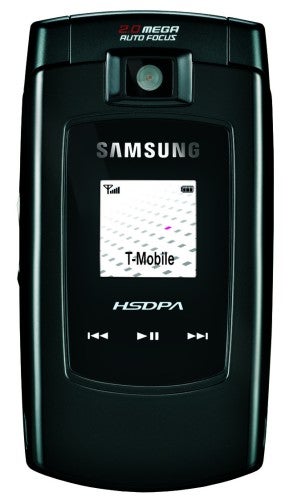 The cat was sitting under a tree and I am surprised he has photographed with quite so much colour definition. He was moving around a little at the time, and I had expected some blurring particularly around the head and tail, but the shot is pretty sharp. Light was again a problem with the yellow flowers, which are overexposed. The lens was about 50cm from its subject and the shot is fairly clear. My standard reference shot of the coloured dish was perfectly acceptable.


The gargantuan dimensions of the phone when its clam is opened mean there is room for a very well spaced number pad: it is extremely easy to use. Above the numberpad is a large trapezoid navigation button that’s wider at its top than its bottom end. Beneath it is the delete key, to its left Call, softmenu and video call keys, to its right End, softmenu and a switcher key. This latter lets you switch between call, messaging, and Web’n’Walk services without bothering to leave the application you are currently using.

Web’n’walk is T-Mobile’s mobile Internet service, and it is where HSDPA comes into its own on this phone. It currently offers theoretical maximum downloads speeds of 1.8Mbps and in my real world experience on this and other HSDPA devices speeds hover around and over 1Mbps it really does feel like you have broadband Internet in the palm of your hand.


You can use the SGH-Z560 as a modem with a PC or laptop. Even if you aren’t the type who uses mobile data with a laptop for any reason, the phone could be a useful alternative if your broadband connection is ever down.

On the phone itself, though, all the HSDPA speed in the world is about as useful as a chocolate teapot without a good screen to display Web pages on. The one here is very bright and sharp, and while its 240 x 320 pixels could have been boosted a little, and its 2.3 diagonal inches stretched further, in general it performed well.


Web sites I visited were generally fine to read, and you can opt for ‘desktop view’ which requires horizontal as well as vertical scrolling, or ‘smart-fit view’ which forces pages into columns that mean no horizontal scrolling is necessary. With large, normal and small text sizes to choose from, you’ve got a fair bit of flexibility here. The photo taken here was with the text size at its smallest. 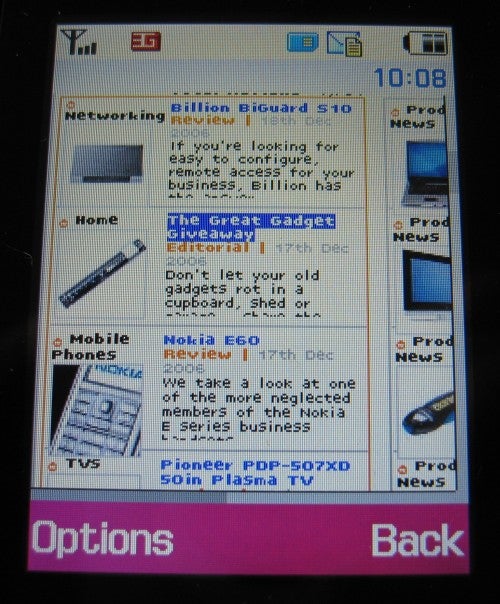 Other software I don’t have space to discuss in detail includes a diary which can synchronise with your PC using the provided cable and software. There’s also a task manager, voice recorder, calculator, unit converter, tube maps for London, Paris, Milan and Berlin and a virtual pet game called mPet.


Battery life was not wonderful. Continuous music playback lasted for five hours 41 minutes, and the screen turned off automatically very quickly during the test, so this is close to a real world performance. Samsung supplies two batteries and I’d want to be carrying a fully charged spare cell all the time. You don’t get a way of charging the spare cell independently of the handset as you do with the SGH-i320, so you’ll have to develop a regime to ensure both batteries are charged within the handset, which could be a bit of a pain.


It is difficult not to sound over enthusiastic about HSDPA, but it really is like having broadband Internet access in your pocket. The large screen and big keyboard of this phone make viewing Web sites and entering URLs easy, and in that respect T-Mobile has chosen its first HSDPA consumer focussed handset well.


However, battery life is not wonderful and I hate the headset and really want an opportunity to use my own headphones for music listening. Additionally, while it looks and handles well, this handset is a bit large for my tastes. Even with those negative points, I do find it difficult not to think highly of the Samsung SGH-Z560. 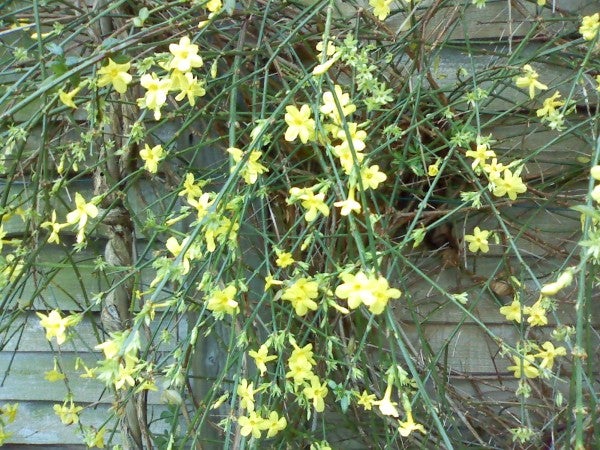 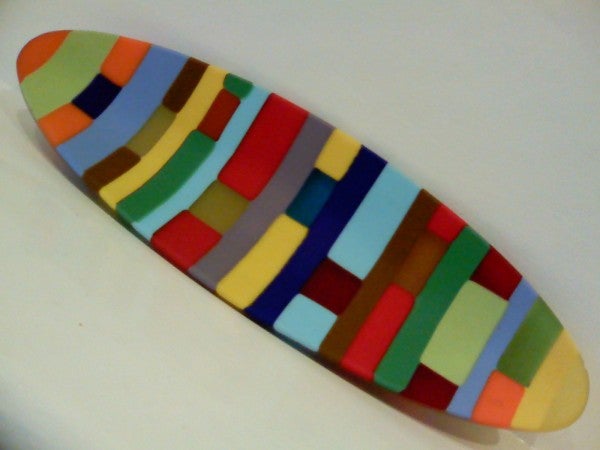 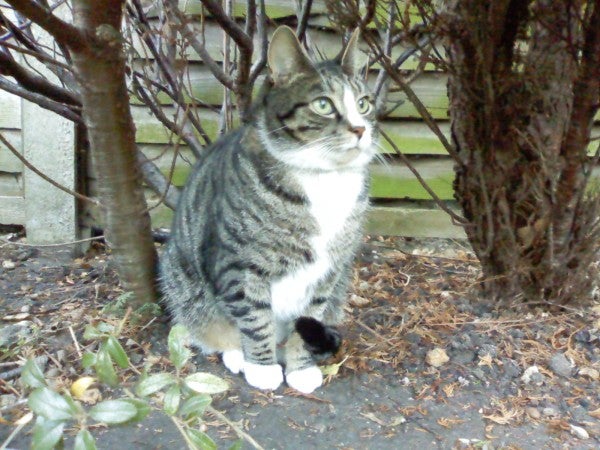 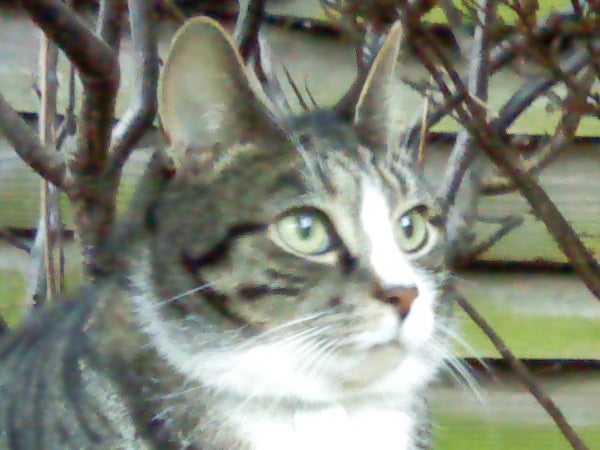