Samsung is no stranger to business phones, but its efforts in the past have been a bit hit and miss and as a result it’s not exactly the first brand that business types think of when they’re looking for a new smartphone. So in an effort to up its reputation among these users it’s decided to introduce new branding for all its business smartphones. From now on Samsung handsets that are aimed specifically at a business audience will carry a new ‘BizBee’ branding.


The first smartphone to get the BizBee treatment is the SGH-i780. If this handset sounds familiar to you that’s because it’s already been on the market. Samsung gave it a relatively low key launch last year and we reviewed it back in April. However, for the re-launch Samsung has made some significant changes to the product, not least of which is that the operating system has been upgraded from Windows Mobile 6.0 to Windows Mobile 6.1. 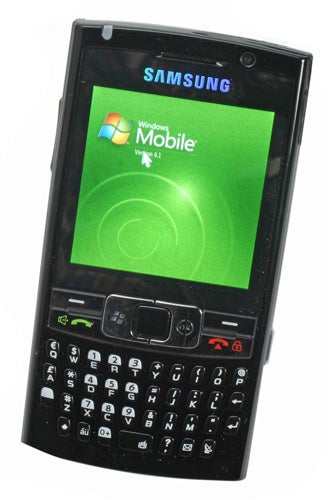 So does the move to 6.1 bring many advantages? The answer kind of depends on how you use your smartphone. If you’re going to use it with a corporate push email system then 6.1 is a big advantage because it’s push-email protocol is more bandwidth efficient so data usage is reduced and this brings with it improve battery life. There are some other, perhaps less important, tweaks too. SMS conversations are threaded by sender under 6.1 and you can delete multiple messages in one go, setting up email has been made easier and the newer version of Internet Explorer has a zoom out function to give you an overview of the page you’re at so you can then zoom in on specific areas that you want to read.

Despite the upgrade to Windows 6.1, when you turn on the device the most obvious difference between this updated model and the old version of the handset is the new home screen. The older version of the phone presented you with the standard Windows Mobile 6.0 home screen along with a row of icons down the left hand side to give you quick access to functions like the calendar, contacts book, messaging and the web browser. The updated handset, instead, has a new home screen – imaginatively titled Samsung Today 2 – that’s been designed to be more finger-friendly (the i780 has a touchscreen after all) and so presents you with a number of chunky icons.

The top section of this screen features a carousel type menu where you swipe your finger left or right to move though different menu items. Each menu entry then brings up a separate panel of options underneath. For example, selecting the contacts icon in the top menu brings up a grid showing six of your favourite contacts, while selecting the settings icon shows a grid of controls for turning on and off things like Wi-Fi and Bluetooth. The interface is pretty basic and because it lacks slick animations, like those used in HTC’s TouchFlo menu system, it’s about as exciting as a Friday night in watching re-runs of ”Friends”. That said, this is a business handset, so it’s meant to be more functional than flash.

If you’d prefer not to use the carousel menu there’s another Samsung Today screen called, you guessed it, Samsung Today 1, which presents a simplified grid of eight chunky icons that act as shortcuts to functions such as email, SMS, the web browser and your contacts. Again it’s a pretty basic and boring affair, but it does the job.


Apart from these tweaks, sadly not much else has a changed. The handset still comes preloaded with the Opera web browser (although this has now been upgraded to the latest version) and there’s the same podcast application and RSS news reader. 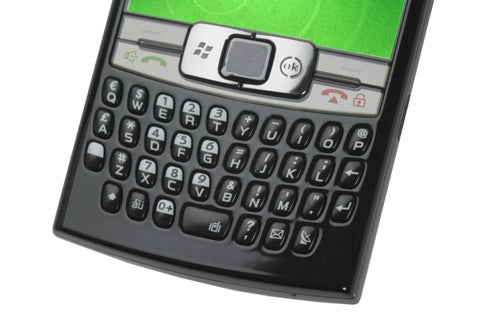 In terms of hardware, Samsung has left the device completely untouched. This means the original i780’s track pad has remained in place. It is used to control an onscreen cursor in a similar way to the trackball on Blackberry’s Pearl range of handsets. The difference is that there are no moving parts on the i780’s controller. Instead, an optical sensor embedded in the trackpad scans for movement of your finger over the top of it and responds accordingly. We found that it works very well and we’re also happy to see that you can now drag scroll bars around simply by pressing and holding it down while you move your finger – something that you annoyingly couldn’t do on the older version of the handset. 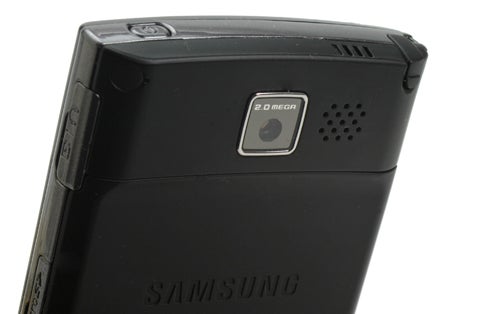 Elsewhere everything else remains the same, which is no bad thing as most of the features are still bang up to date including support for HSDPA alongside Wi-Fi, Bluetooth and onboard GPS.


The only two areas where the hardware is starting to show its age is when it comes to the screen and the camera. Compared to the 2.44in display on the likes of the Blackberry Curve 8900, the 2.55in one on the i780 not only has a lower resolution at just 320 x 320, but its colours are also less vibrant. The 2-megapixel camera on the rear could have also done with an upgrade as it’s very basic with no autofocus or flash. As you would expect the shots it takes are pretty poor, especially in rooms that aren’t flooded with natural light. 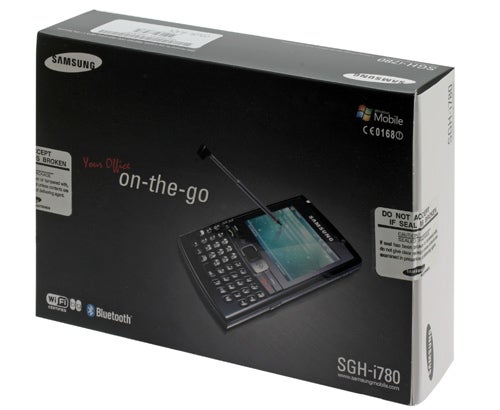 
All in all the updated i780 is a bit of a ho-hum device to kick off the BizBee rebranding exercise. While it’s a perfectly useable handset and has a decent range of features including a good keyboard and onboard GPS, it’s let down somewhat by it’s less than startling screen and basic camera. Perhaps the BizBee range will get a bit more exciting when Samsung gets around to launching the much rumoured Louve and Pivot Windows Mobile handsets, which are expected to be announced at the Mobile World Congress next week. In the meantime, if you already own the older i780 you should be able to upgrade to Windows Mobile 6.1