The BlackBerry template has been as copied a template as any in the world of mobile phones in recent times. But while many companies have tried to emulate the archetypal email handset, few have been able to match the usability of RIM’s excellent QWERTY keyboard and scroll wheel navigation.


RIM even managed to improve on the classic scroll wheel design with the four-way clickable ‘pearl’ of the 8800 and 8100 series recently – and introduced a more effective keyboard too. In fact it’s now hard to imagine any keyboard-and-screen device matching it for sheer usability. 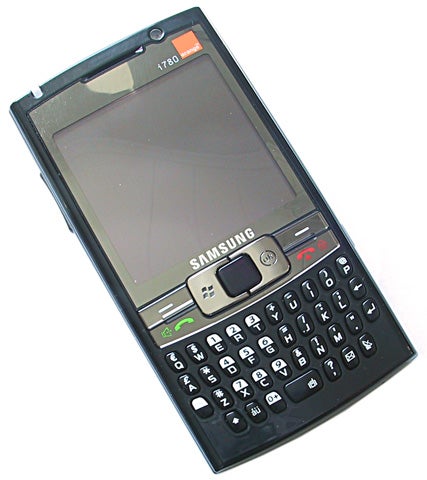 Samsung has mounted a challenge with relish in the past. Its i600, specifically, was much slimmer than the BlackBerry handsets, included fast 3G data speeds and had a digital camera, but its keyboard failed the usability litmus test, and its simple five-way navigation key was nothing special either. And it’s taking up the challenge again with the i780 – the latest evolution in Samsung’s canon of keyboard-below-screen handsets.


This latest handset (provided by Orange) adds some interesting innovations to the rather basic design of the i600, the most obvious of which is that, instead of the fiddly five-way navigation key, it has what can only be described as a track button. Like the track pad on a notebook, you move your thumb or finger around on top of this small, square key to control an on-screen cursor, and press it to select items or click links.


If this sounds fiddly, in practice that’s far from the case. In fact, it works surprisingly well, and before long controlling Windows Mobile like a notebook feels like second nature. The track button is flanked by two useful buttons – a Windows Start key and an OK key. The soft keys and pick-up and hang-up buttons are located to the left and right of this small cluster and it all makes for a very easy to use phone. If you don’t like the mouse control method, you even can switch the button to act as a touch-sensitive d-pad.


The keyboard has also been improved. Though the buttons seem smaller than on the i600, they’re actually easier to type on, but it has a long way to go to match the BlackBerry 8800’s keyboard, which is the benchmark for devices of this type.

However, there are in-use issues here, and surprisingly the keyboard isn’t at fault. The first is that in d-pad mode the track button feels sluggish and unresponsive. It’s a long way from matching the BlackBerry 8800 series’ trackball and quickly becomes frustrating in use. The second is that when in the more usable mouse mode, there’s no way of switching quickly into d-pad mode, so you effectively have no up, down, left, right control. Now, that may not sound like too much of an issue but as soon as you try to use the phone it becomes clear that a simple mouse pointer isn’t enough. 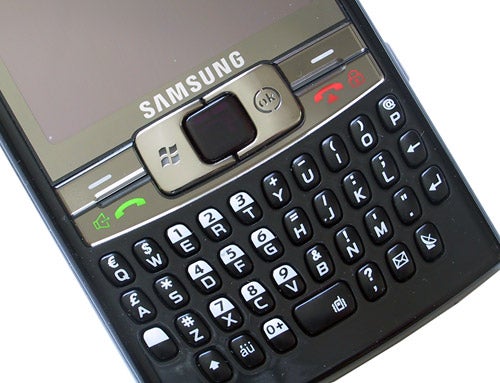 Entering text is particularly infuriating as you can’t move the cursor back a few characters without dragging the mouse cursor over and clicking in precisely the right spot. Other operations are rendered difficult too: you can’t drag scroll bars up and down, for instance, and you can’t simply hold up and down to scroll through long lists of email and contacts quickly. I always find it easiest to browse Google Maps using a d-pad, but you can’t do this easily. Worse, the customised Orange front end, which replaces the boring Windows Mobile version with snazzier menus that pop up from the left, doesn’t work very well with the control system either. You have to click an icon, then move the pointer right and down to select an item (email inbox, SMS and so on), which is a real fiddle. 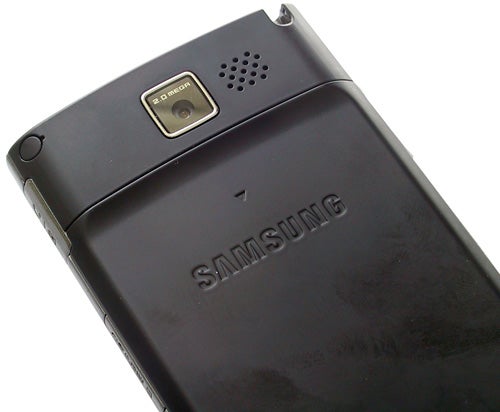 This issue is partially mitigated, if not entirely so, by the i780’s second improvement over the i600: and that’s the fact that as well as full QWERTY keyboard and mouse pointer, the 320 x 320 screen is touch-sensitive. In the style of the iPhone and numerous other touchscreen handsets since, it’s a hard surface touchscreen and again it works well, though of course dragging your finger around to move left and right only works if the application you’re working in supports it – there’s no HTC Touchflo here.


There’s a telescopic stylus for Windows Mobile’s more fiddly bits in the top left corner, and you even get an enhanced on-screen keyboard, which is much easier to use than the tiny, fiddly Windows Mobile one. Another benefit to having the touchscreen, though, is that the i780 can make use of Windows Mobile 6 Professional, which looks nicer than the non-touchscreen variant, and includes the version of the Office Mobile suite that allows you to create documents as well as simply editing them.

As for the i780’s innards, there’s plenty going on. Like the i600 before it, it’s fully HSDPA compatible with speeds of up to 3.6 Mbits/sec achievable. It’s a tri-band GSM phone, with EDGE, GPRS and standard 3G, too, so you should be able to make the most of whatever data connection there is available in your area. There’s a 2-megapixel camera on the rear that produces fairly decent results – though nothing that compares with Sony’s superb range of camera phones – and a video call camera on the front. An 802.11b/g Wi-Fi adapter lets you hop onto hot spots, plus there’s Bluetooth 2.0 and GPS. 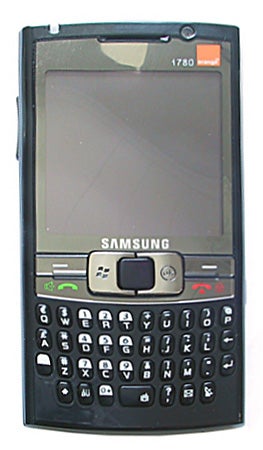 It’s certainly better featured than the BlackBerry, but it’s not significantly smaller or lighter, as the i600 was. It’s perfectly pocketable, though, at 12.9mm slim – a millimetre thinner than the 8800 series handsets – and measures 61.3 x 115.9mm elsewhere. But the extra power and components, as with most HSDPA-toting Windows Mobile phones, does have an impact on battery life. I found the i780 lasted roughly two days with occasional use; the slower, but more power-efficient BlackBerrys will give you a lot longer life than this.


The Orange Samsung i780 is a bit of a mish mash. It certainly has potential: I liked the track button control, and the keyboard is pretty responsive too. The touchscreen and high speed data adds an extra dimension over the BlackBerry 8800 series, and coupled with Microsoft’s Direct Push email and Office documents compatibility, it also makes for a more flexible work tool in many respects.


But it’s quite expensive – the cheapest tariff you can get it for free on is £50 per month (discounted from £75 at the moment) – and as with so many Windows Mobile handsets, there are problems that undermine its positive features. In the case of the i780, the issues with the control system are simply too annoying to ignore, and get in the way of a wholehearted recommendation.