I can’t understand why people like to listen to music when they are running. For me one of the great things about running is being in an outdoors environment.


I run off road whenever possible, and so have wildlife to look at. Road runners get pavements and cars which is far duller, and maybe for them music is a welcome distraction – though I’m not sure about the safety aspect of running in a bubble. 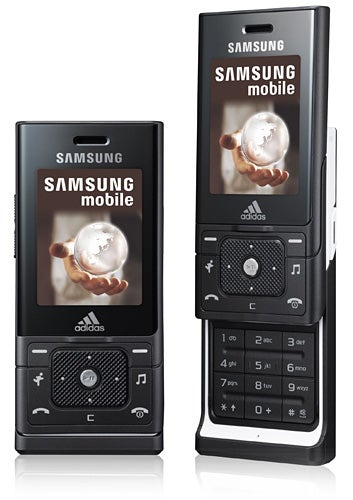 On the other hand I always run with some sort of GPS system. I like regular alerts at km or mile markers, to know my current speed, and to record overall info on distance travelled, average speed etc after a run. My current setup is a Timex Ironman watch with separate GPS antenna strapped to my arm, and a heart rate monitor too if I want to use that.


The new miCoach from Samsung is an attempt to capitalise on the current trend for fitness gadgetry. It is not the first phone to offer extras for those interested in fitness. See, for example, Nokia’s 5500 Sport which I reviewed way back at the tail end of 2006.


But the miCoach, which is co-branded by adidas, comes with a bundle of kit and pretensions to be a fully fledged coaching system. 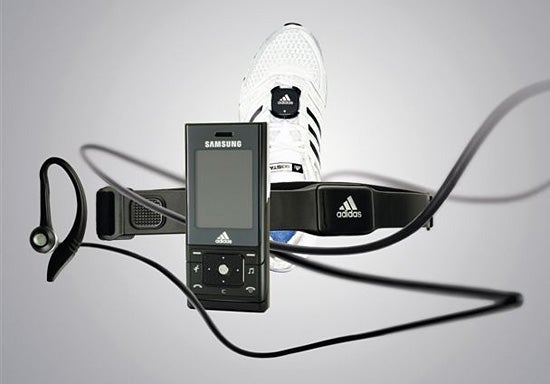 
Now, the stride sensor is the piece of the puzzle that measures distance travelled. On my couple of test runs it seemed to be more accurate than the system used on Nokia’s 5500 Sport, which relies on a standardised stride length.


Off-roaders in particular tend to find that standard stride lengths just don’t work for totting up distance travelled, and the miCoach stride sensor may well be more appropriate for that kind of running. However, I think I still prefer a GPS for total accuracy.

The phone can deliver a commentary as you progress during a workout, for example telling you when to run hard and when to run easy. This is based around criteria you have given the handset about your goals together with measurements it takes from the heart rate monitor and stride sensor. 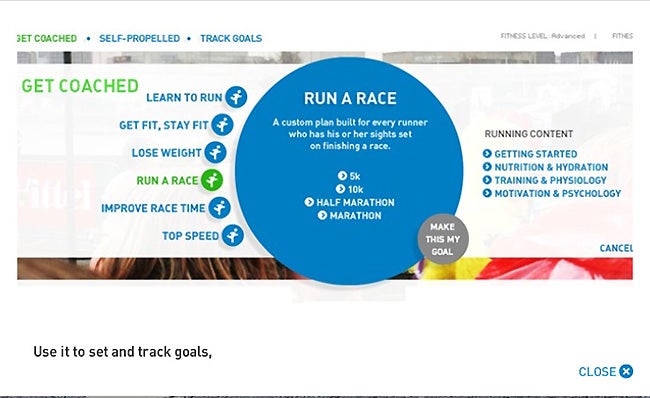 The first time you use the phone you do an ‘assessment run’ that gives the phone a base level from which to work when providing its coaching. And, when you’ve finished a run, info can be uploaded to the miCoach website where you can monitor progress towards to set goals.


The system is certainly more sophisticated than any I’ve seen on a mobile phone before, but it is limited. It can’t do things like record elevation or provide separate timers for interval training (as the latest Ironman from Timex can), and it’s a very bitty system with plenty to strap onto yourself before you start a run. And I loathe the huge arm-band for the phone itself. 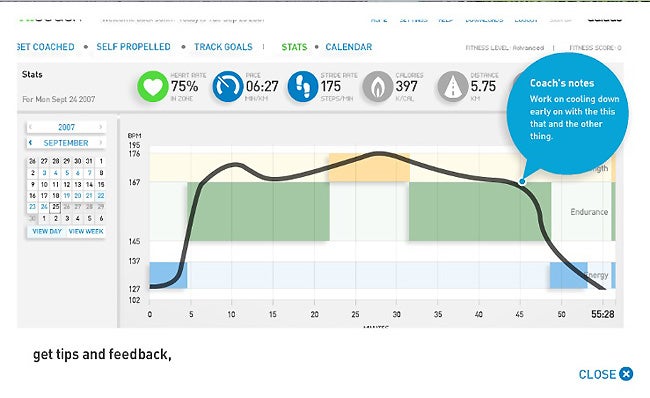 No matter how dedicated you might be to your fitness goals, you aren’t going to be running all the time, and the miCoach has to function as a standard mobile too. So in this respect, how does it fare?


The general design is not unattractive. Almost entirely black, there is a grip friendly texturing on the back and on the navigation pad. The latter helps when tapping at it with sweaty fingers, and the extra large size of the navigation pad helps in this respect too. 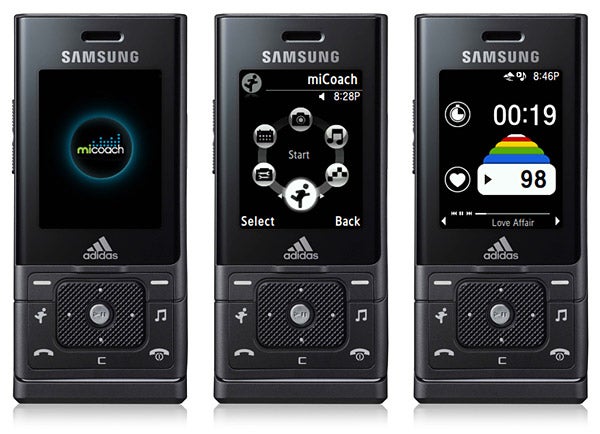 The front fascia has shortcut buttons for music management and a workout menu as well as the usual Call, End, cancel and softmenu shortcuts.


On the music management front the usual playlists are also joined by preconfigured song groups for ‘stride’, ‘tempo’, and ‘motivational’ music (all suited to different types of training), as well as recently played and most played tracks. Podcasts can be accessed from the music menu and you can access the built in FM radio from here, too, which is very welcome. On the downside, internal storage is limited to 1GB and there is no memory expansion facility.

The camera shoots stills at resolutions up to 2-megapixels and the handset comes with a self-portrait mirror. In tests, the camera didn’t fare too well indoors. The coloured dish shot under normal household lighting with the camera on its auto settings is not the sharpest I’ve seen from a 2-megapixel camera phone. 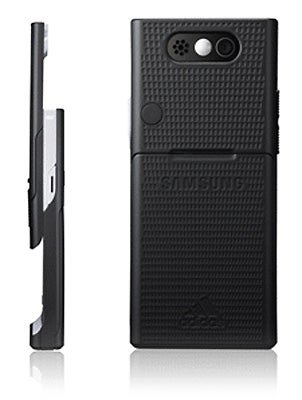 Outdoors, though, the camera did better. The chair has an acceptable amount of detail and the camera has delivered the overall exposure well, considering the extremes in contrast. The camera has also picked up the pinky-white of the flowers but the exposure anomaly in the bottom left corner is not a good sign. 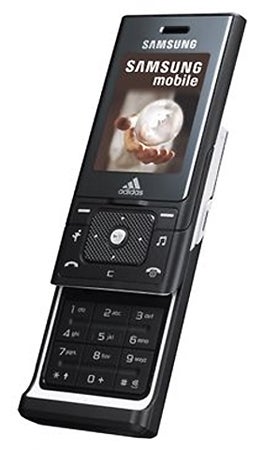 Battery life is on the good side, which is important if you intend to use the phone as a training companion as you’ll need Bluetooth on to use the stride sensor and heart rate monitor.


My music rundown test delivered eight and a half hours of tunes from a full charge. Music playback stopped after that but the phone stayed alive for a full seventeen and a half hours.


There is nothing exceptionally special about Samsung’s SGH-F110 miCoach handset outside its utilities for runners. And if you are looking for something to help you with fitness there are plenty of options with more sophisticated features on offer. I’d suggest shopping around beyond the mobile phone sector if you’re primarily after a fitness monitor. However, if you’ve been looking for a combination like this, it’s certainly one of the better attempts. 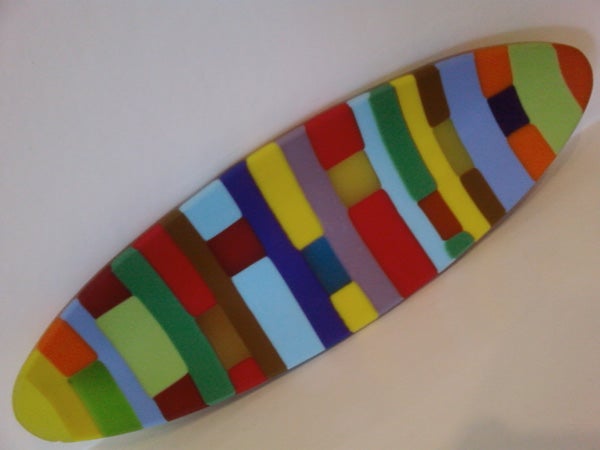 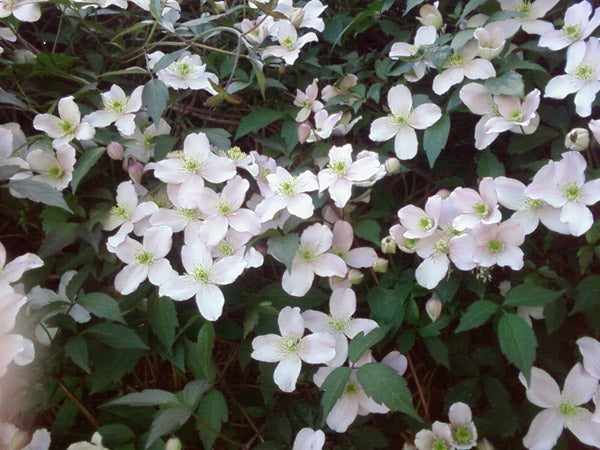