It has been a while since we’ve looked at a sliding handset from Samsung: it was way back in November that Riyad reviewed the SGH-D600. It came away with a coveted Recommended award from him, and from my own experience I’d say the award was fully justified.


Now I have the SGH-E900 in my hands. This is another slider and it shares quite a few features with the SGH-D600 such as a 2-megapixel camera and 80MB of built in memory. But of course the SGH-E900 is not a clone of the earlier handset. 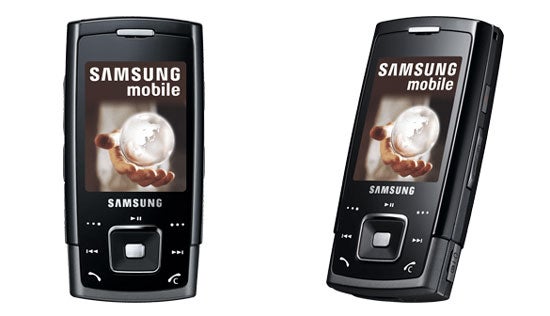 Now, I am quite a fan of the slider format. It is ideal for phones designed to be small in the pocket and a good slider lets you do pretty much everything except number dial calls and write SMS messages without using the slider mechanism.


The slider mechanism is superb. Spring loaded, it takes just a slight push or pull to open and close the handset.


The only button on the front fascia is the navigation key. Samsung has used a touch sensitive panel for the rest of the front features. There is no doubting this makes for a very clean design. The front of the handset is sleek, shiny black punctuated by a silver frame around the navigation button, silver central select button, silver Samsung branding and small silver flash under the speaker at the head of the handset. 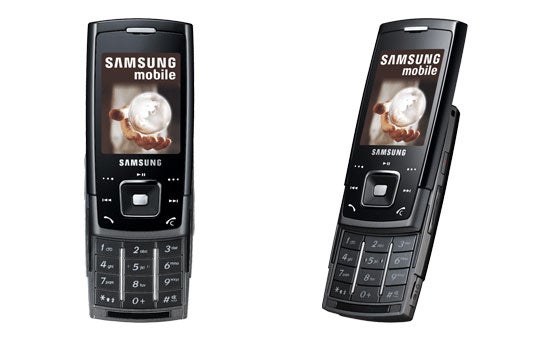 When you turn the SGH-E900 on its 240 x 320 pixel, 262,000 colour screen is beautifully clear and bright. I can’t complain about the backlight for the touch sensitive area either – the low-light white that pops up when buttons are available is subtle and stylish. I also really like that the three music playback controls (pause/play, forward and back) are only lit up and available when you run the music player.


But touch sensitive buttons just aren’t my thing. Tactile buttons are easy to find without looking too hard for them, and there is a physical response to indicate that you have actually pressed something. The touch-sensitive approach left me often needing to look at the SGH-E900 to be sure I pressed the right area for the action I required. I felt the same when reviewing LG’s revolutionary Chocolate KG800 phone, which also has a touch based interface.

I seemed to often press a ‘button’ more times than was necessary and experienced the obvious blip of running a finger over the flat ‘button’ area causing things to happen that I didn’t really want to take place, both of which were very annoying.


You might think these criticisms picky, but the fact is throughout the testing period I just never felt comfortable using this aspect of the SGH-E900. Still, on the plus side, number dialling and texting was unproblematic: the number pad buttons are large and responsive. 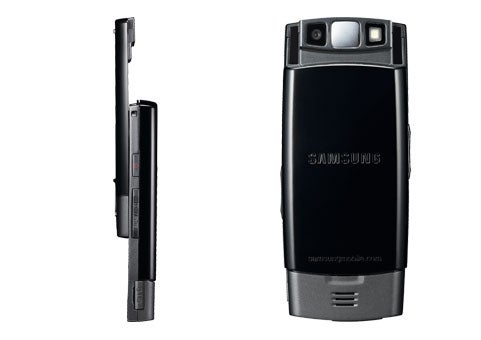 
The sides also house two connectors, both protected by covers. On the bottom is a slot for microSD cards which can be used to expand on the 80MB of built in memory. The bottom right has a connector shared by mains power, headset and USB PC cable. Unfortunately this is proprietary so you’d better not lose any of the cables. And no, the handset doesn’t charge over USB.


You can transfer files to and from a PC using the provided Samsung PC Studio software which has facilities for PIM synchronising, image management, sound editing, movie editing MMS and SMS management among its many capabilities.

Music playback and the camera are both disappointing. Sound quality is not as good as it could be, though volume is loud enough. As you can’t escape Samsung’s proprietary headset you are going to have to live with its in-ear buds and absence of music playback controls.


The camera, whose lens is on the back of the casing and invisible unless you open the slider, takes a while to get going after you press its shortcut button, and there is a noticeable shutter lag which means you need to hold the phone still for a second or so after pressing to shoot an image. This will be annoying if you like candid snaps and you’ll get some image blurring if you are not careful.


The two sample shots below were taken indoors in natural light without the flash at the highest quality available. Colour rendering was reasonable though not outstanding and the camera does not cope too well with a moving image – the purple blobs in the first image are bubbles flowing though a liquid. The red ends of the tube in this image are in reality bright pink. 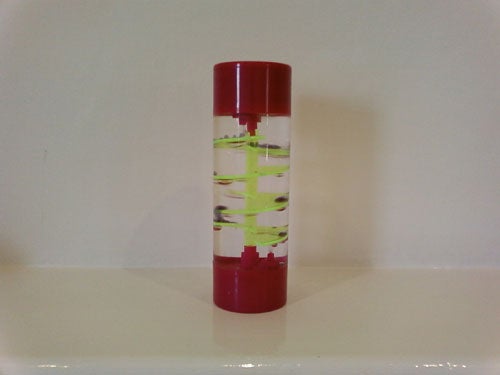 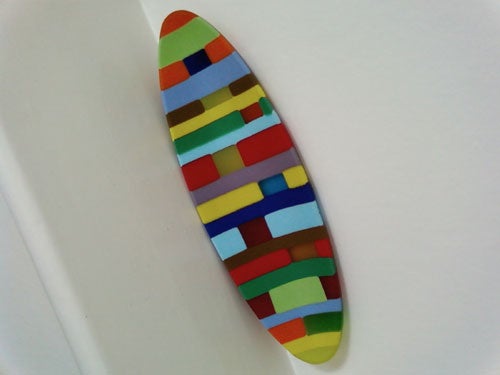 The flash is pretty feeble and was not very useful for shooting more than a metre from the subject. My sample shots left the camera on auto mode but you can manually set white balance and ISO (100, 200 and 400), and there are plenty of tweaks you can apply such as multi shot and mosaic modes, oodles of frames, and 3, 5 and 10 second self timers. Overall, though, I’ve seen better.


I rather like the way the menu system works in this handset. When you choose the Options soft-menu you scroll through choices with the navigation button using its right side to see submenu options. It is a simple but effective and fast way of getting through a large and complex set of choices.


Samsung quotes talk time of up to 3.5 hours and 220 hours on standby. I found myself charging every couple of days to be on the safe side, but did not use the handset for much other than phone calls during testing because of its disappointing music and camera features.


I wanted to like the Samsung SGH-E900 a lot, having been wowed by the Samsung SGH-D600, but sadly that was not to be. There are some good points, not least its small overall size, light weight and the comprehensive PC connectivity, but the camera is disappointing and overall this handset is hamstrung by the touch based system used on the front fascia.