Samsung’s Ultra Edition series comprises a number of thin, sleek handsets that are designed to give Motorola and its RAZR variants a run for their money. We’ve already looked at one phone in the range, the D900, a slider that Riyad reviewed back in September. He was broadly in favour of that handset, but had some reservations and I feel the same about the Tri-band clamshell D830.


A quick hunt around the operator Web sites as I wrote this review revealed only Orange actually listing the D830 as available – and even then it is ‘out of stock’ and has no pricing information. I did find it SIM free at Expansys UK for £229.95 though, which gives an indication that it is likely to be priced attractively with an operator subsidy. 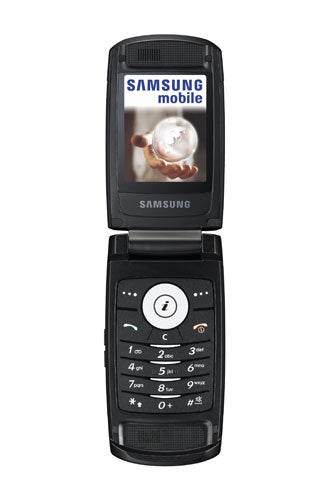 I have already mentioned Motorola’s RAZR so let’s get the size and weight comparison out of the way early on. The RAZR V3 comes in at 98 x 53 x 13.9mm and 95g. Samsung then, has produced a handset which is a shade taller and wider than the V3 but a whole 4mm thinner as well as a few grammes lighter. The differences aren’t vast though and on their own wouldn’t be enough to make me choose one way or the other between the two handsets.


Holding the closed D830 in the hand I had rather mixed feelings about it. Its blackness, punctuated only by blue lighting emanating from the small (96 x 16 pixel) OLED LCD front mounted screen, which is mounted high on the front casing, certainly looks sleek and impressive and I like the grid of dots that subtly pattern and gives texture to the front of the handset. However, although there is no doubting that the D830 is both thin and light, as someone with smallish hands for me its width and height made it feel chunky – moreso, in a strange way than some candybar handsets.


Looking around the edges of the D830 the left side sports the smallest volume buttons I have ever seen and also a tiny covered slot for the connector shared by the proprietary headset and mains power adaptor. These are located in the base section of the clam, which is a mere 5mm thick at this point. The volume buttons are barely more than a single millimetre thick.

On the right edge Samsung has only found space for a slot for microSD cards which you’ll need if you want to expand on the 80MB of memory that is built in. This slot too is covered. Samsung has built notches into the casing so you can open the covers but if you are a fingernail biter I suspect you are going to have serious trouble.

There are no more buttons, ports or connectors, which makes this handset minimalist in design, and adds to its sleek appearance.


Opening the clamshell up was a bit of a nuisance and I found it difficult to do this one handed purely because of its overall width. With the clamshell opened I found things that delighted and repelled in equal measure.


Firstly, naturally enough the D830 gains a lot of height when opened – it is nearly 190mm tall, and I found it large for holding to the ear. The main screen though, is absolutely gorgeous. It is 240 x 320 pixels and 262,000 colours, so there is nothing spectacular there, but its default poppy wallpaper shines out from its black surround wonderfully well.


The keypad, too, at first glance, looks good. It takes up almost all the available width and much of the available height and its keys are large. 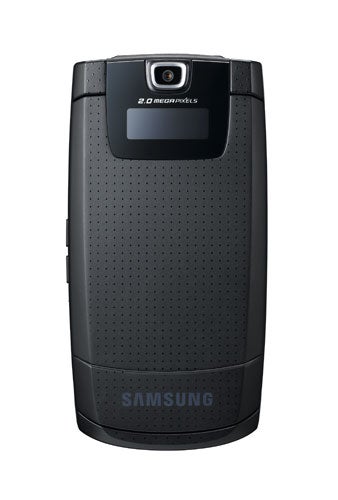 However, Samsung has chosen to implement a flat design rather than build separate keys, and I found, as I always do with this kind of design, that the lack of responsiveness when pressing keys meant I was forever checking I’d actually hit what I wanted. I found getting around menus tedious too, as I’d double hit keys by accident quite a bit. Maybe I’d get used to this, and maybe other people don’t have the same problem, but interacting with your phone should be a no-think activity and I wasn’t happy.


Samsung has built a fair bit of software into the D830. The company clearly thinks some business users might go for it having included the excellent Picsel viewer for Word, Excel, PowerPoint, PDF and various image format documents.


There is also a Web browser, an email client, calendar, music player that copes with MP3, AAC and WMA files, countdown timer, stopwatch with four laps, converter for currency, length, weight, volume, area and temperature, calculator, voice recorder and an alarm application with three alarms and an ‘auto power setting’ which means you can power the handset down and the alarms will still work – no more being woken up in the wee small hours by incoming text messages.

In general I found this software package to be pretty good and notwithstanding my key-tapping problem I like the way the menu system works. Samsung has used it before. Basically, you choose an application from the icon based grid. For settings within applications you get a range of numbered options, pick one and the next tier of options appears overlayed onto this. It makes seeing what’s available for any particular application easy.


Of course there is a camera. With no shortcut button on the phone casing you can only turn the camera on via the handset menu and the task requires two key presses. The lens is on the front of the casing, but you can’t use the front screen as a viewfinder to take pictures of yourself as you often can with clamshells.


The camera lacks a flash or self portrait mirror, but you can manually change the ISO setting between 100, 200 and 400 as well as have it and the white balance on automatic. As ever I chose the automatic settings for the test shots. 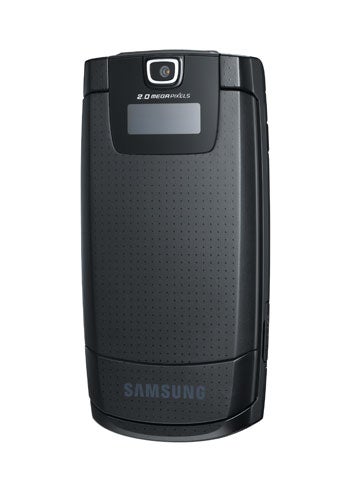 My standard reference shot is a multicoloured tray, taken indoors with ordinary household overhead lighting.The Samsung’s effort is reasonably good as is the outdoor shot of flowers. The vibrant pink and bright white in this photo are both well reproduced.


The third shot, again taken indoors, this time in a café with fluorescent lighting overhead is not as sharp as it could be and the bright whites are over exposed in places.


Battery life was reasonably good. I played MP3 music non stop from a microSD card. It was not possible to force the screen to stay on, and it dimmed after ten minutes of inactivity. A low battery warning was given after 6 hours 39 minutes, and the music player turned off to conserve power. The phone then issues further warnings after 6 hours 44 minutes, 6 hours 53 minutes and 7 hours 4 minutes, with it finally powering down after 7 hours and 5 minutes.


The SGH-D830 is a marvel of design, particularly when it comes to thinness. Samsung has incorporated a wonderful screen too. However, thinness aside, I found its size in the hand a bit much at times. It was awkward to open the clam, while the flat keyboard was a barrier to efficient use, despite its large keys. 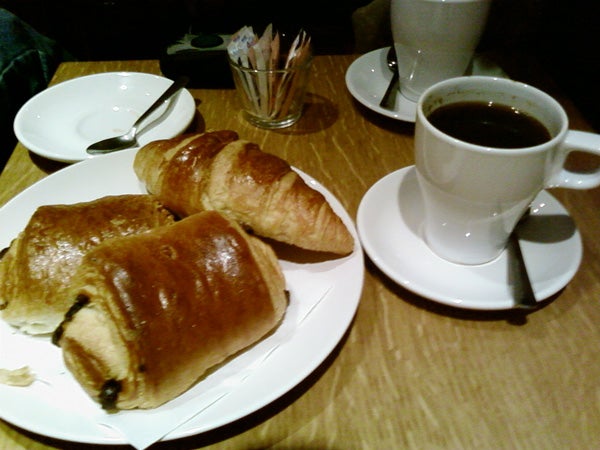 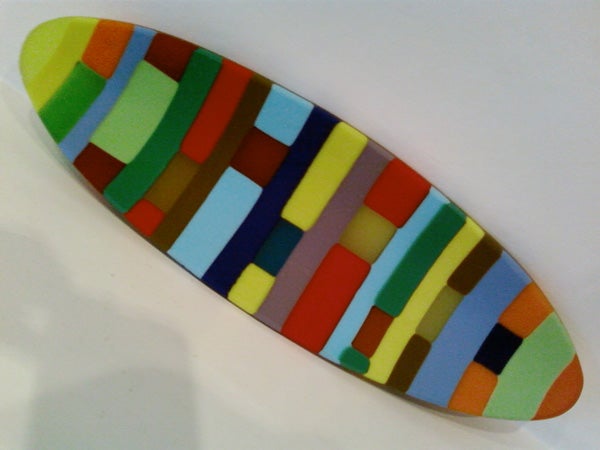 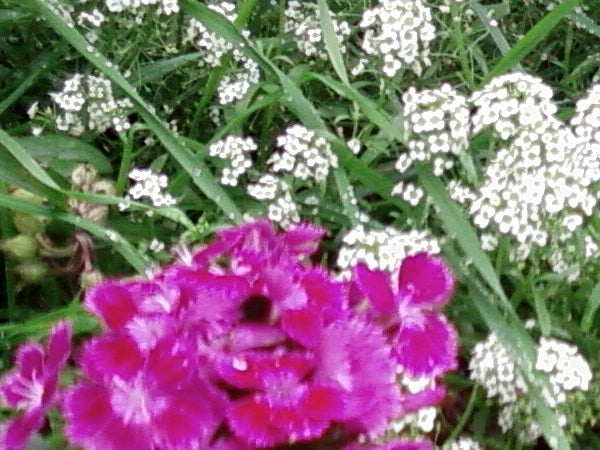