The Samsung Series 9 NP900X3D gives you no easy access to the battery unit. It’s a 4-cell 44Wh battery that, like so many other aspects of the laptop, makes a compromise between stamina and weight – getting batteries smaller and lighter in an affordable way is one of the trickiest areas in consumer tech development.

Off a full charge, the Samsung Series 9 NP900X3D will last for six hours, when tasked with ‘normal’ jobs like web browsing, writing emails or documents and other such daily drudgeries that are the fate of all laptops.

This is significantly below the 7.5 hours quoted by Samsung, which you’d only achieve by dimming the backlight to uncomfortable levels, switching off Wi-Fi and setting it to do nothing more taxing than displaying the clock. Still, this is a sound result that’s enough to let the Samsung Series 9 NP900X3D function well as an every-day light duties ultraportable workhorse.

Media is not a huge focus for the Samsung Series 9 NP900X3D, but it does pay some attention to its internal speakers. There are speaker drivers on the bottom of each side of the laptop, with grilles built into the curvature of the underside – making them more difficult to muffle accidentally.

Volume is respectable for a laptop this thick, but the speakers lack the bass power of a laptop that uses larger – or more – drivers, or makes more aggressive use of EQ-altering DSP. They’re good enough for watch TV shows and online videos, but for anything more serious headphons are a must. 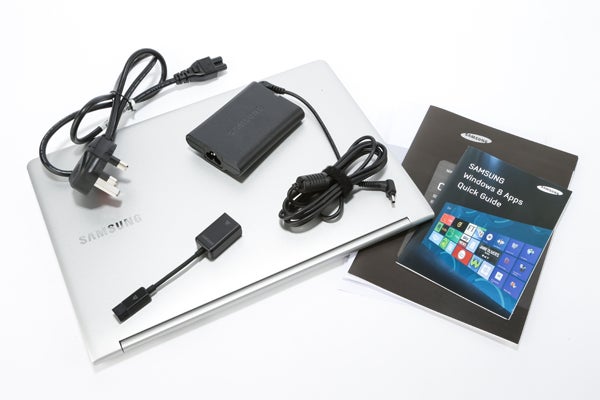 There’s no doubt that you pay extra for style with the Samsung Series 9 NP900X3D. Its slim and light aluminium body makes this laptop a couple of hundred pounds more than a chunkier laptop that’s probably more powerful.

However, there are serious benefits to the Series 9 approach that go far beyond look and feel. It will slip into a bag without constantly reminding you it’s there through the medium of shoulder pain, and this class-leading portability is only made better by the quick boot-up times of its SSD. It’s quick, it’s fast and it’s convenient.

And, crucially, it costs £100 less than a MacBook Air – while apeing that laptop’s styling more clearly than any other Ultraportable laptop.

You do miss out on a few things here, though. The Samsung Series 9 NP900X3D does not have a touchscreen and it is not desperately powerful – its Core i5 processor variant has significantly less grunt than some other members of the Core i5 family.

There are plenty of rival Windows 8 Ultrabooks out there, but this Samsung is one of the most desirable. Its build is better than the Acer Aspire S7, it’s thinner and lighter than the Lenovo IdeaPad Yoga and better-looking than the Dell XPS Duo 12. Sitting next to some of those, the Samsung Series 9 appears far from dynamic, but it is simply a joy to use.

This is a top laptop, but portability and convenience need to be high on your priorities list for its £900 price to make sense. 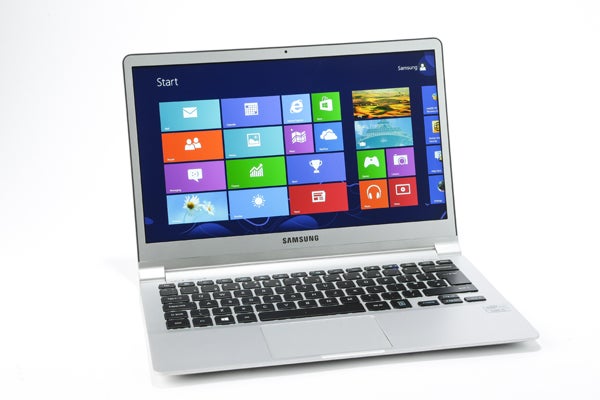 The Samsung Series 9 NP900X3D is an attractive 13-inch laptop that is easy to cast as Samsung’s alternative to the MacBook Air. However, it shouldn’t be dismissed as being all about style. Its combo of low weight, thin frame, a matt screen and SSD storage makes it incredibly portable and convenient. This helps to offset that it doesn’t offer a great amount of power for the price.