Despite being only 12.7-inches wide, the Series 7 has no problem fitting in a full sized keyboard, though it does dispense with the number pad for space. Even so, the keys all manage a decent couple of millimetres gap between them, and almost an inch of space around the edges. As such, typing quickly isn’t a problem at all, and we were tapping away at top speed within minutes.

The keyboard is also optionally backlit – a function that is switched off by default, but easily turned up between three brightness levels by adjusting a couple of the function keys. This makes typing in the dark a bit easier for those who can’t touch type, although the light does bleed a little unevenly from the sides of the keys while illuminating the actual letters. 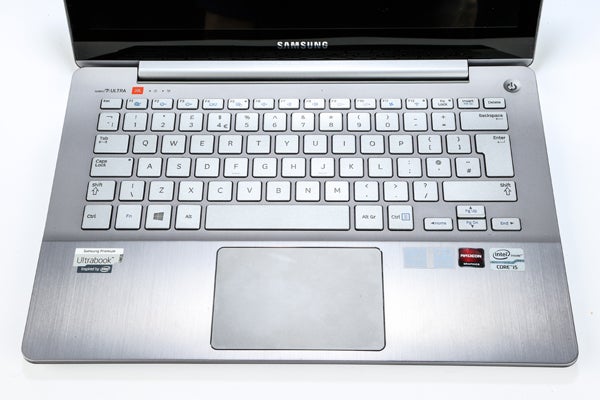 Samsung sees the worth of a large touchpad, even on a compact system like this, and as such the touch area is roughly 4-inches by 3-inches. It’s a smoothed off area, slightly lowered with a  darker colour, and we found that it worked well in every way we wanted it to: gestures were easy to pull off smoothly and the segments for left and right click were clearly defined.

Like Apple’s touchpads, it can be pressed in anywhere, or lightly tapped for quick navigation. It’s a pleasure to use, and the lack of actual buttons isn’t a problem and maintains the minimalistic look nicely. 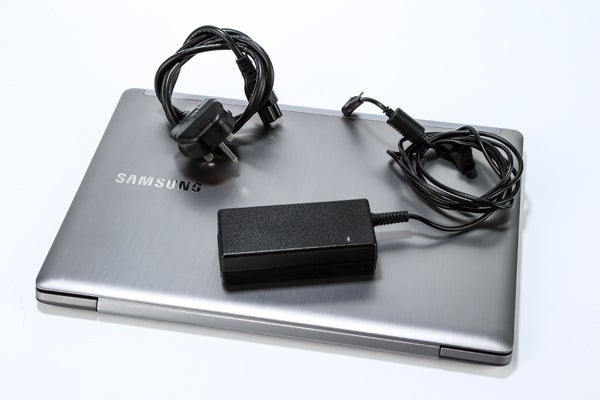 To keep it light, Samsung has not included a DVD/Blu Ray drive with the Series 7. If this is important to you, a third party USB disk drive could be added, but it’s an increasingly common move that’s hard to disagree with given the size and weight.

As you would expect from a laptop of this size, the sound quality isn’t anything to write home about, with bass audio struggling to come through on tinny speakers. But the speakers go loud enough without distortion for casual use.

There’s also a 720p webcam, but as with most built in cameras the results are actually pretty grainy. As is always the case here though, you’ll be using this for Skype, not taking memorable holiday snaps, so this isn’t exactly a problem. 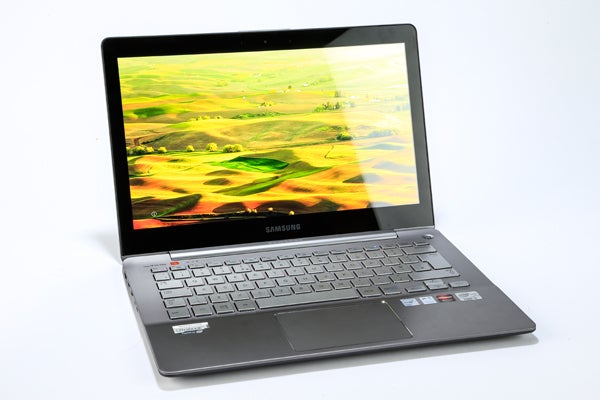 Should I buy the Samsung Series 7 Ultra NP740U3E?

It’s pretty hard to find fault with the Samsung Series 7 Ultra NP740U3E. If you’re looking for something with the right payoff between performance and portability, it’s tough to find a worthy competitor in the same price bracket – especially if you want to play a few games.

One obvious contender is the 13-inch Macbook Air, but in actual fact they’re less similar than first appears. The Samsung has dedicated graphics so it can play games to a better level, while the MacBook has far superior battery life.

It’s the same story when compared to more recent Windows ultrabooks, like the Samsung Series 9 900X3B, and in any case the Series 7 makes an excellent case for itself.

A premium ultrabook that offers high performance at a high price tag, the Samsung Series 7 Ultra NP740U3E is a great option for anyone who wants portability with a little extra performance and gaming potential.