Having been suitably impressed by the first TV from Samsung’s premium new LED range, the classy UE46B8000, we turn our attentions today to Samsung’s cheaper Series 7 LED range, as represented by the 40in UE40B7020 (or UE40B7020WW to give you its full name).


Aesthetically, the UE40B7020 is almost as pretty as its more expensive sibling. Again it’s the screen’s remarkable slimness that first catches the eye; thanks to its use of edge-mounted LED backlighting, it’s under 30mm deep at its deepest point – a particularly startling achievement when you consider that Samsung has somehow managed to fit digital and analogue tuners into such a tiny space. Suddenly all those arguments we’ve heard from manufacturers who say you have to use external tuner boxes with super slim TVs seem rather less convincing.


The transparent neck attachment to the desktop stand is very pretty too, and the platinum black bezel’s almost glass-like finish is given extra elegance by the way the glass top-sheet extends out beyond the black section’s edge, to give the TV a transparent outer trim.


Personally I felt that the metallic desktop stand and more prism-like edging on the 8000 series give it a slight aesthetic edge, but the UE40B7020 is still a joy to behold. 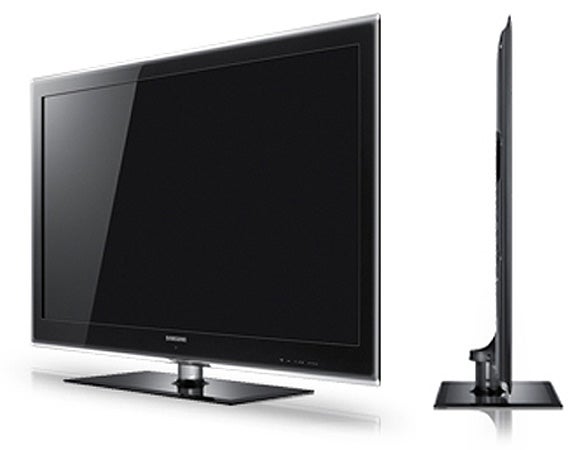 When it comes to connections, the UE40B7020 matches its costlier sibling all the way. Which is rather good news, since it means you get an excellent roster that includes four HDMIs, a D-Sub PC port, two USB ports – both able to play video as well as MP3 and JPEG files – and a LAN port.


The screen’s slenderness makes it impossible for the TV to fit a SCART socket onto its rear. But if you’ve still got sources that demand SCART connections, don’t worry; Samsung includes a SCART adaptor with the TV for free.


I’ve just summed Samsung’s ‘Internet@TV’ service up rather more briefly than it deserves, frankly, to save space and unnecessary repetition from other recent Samsung reviews. But please be under no illusion that while no match for full Internet access, Samsung’s online proposition – driven by the brand’s exclusive (until September) hook up with Yahoo Widgets – is streets ahead of anything currently offered by any rival brand we’ve seen.

As usual, the UE40B7020’s out-of-the-box picture settings are none too impressive – all vulgar colours and exaggerated sharpness, with the result that while pictures might look eye-catching, they don’t actually look at all credible.


As with the UE46B8000 I tested recently, the single most startling feature of the UE40B7020’s pictures is their superb black level response. For even though the TV uses edge-mounted LEDs rather than rear-mounted ones, and so can’t support localised dimming, Samsung has managed to deliver phenomenally deep, rich blacks that can sit right alongside dazzlingly bright whites and vibrant colours. There seems to be little if any need for the brightness reduction required by normal LCD TVs when they try to produce a convincing black colour. Especially if you set the Samsung’s Black Tone setting to Dark. 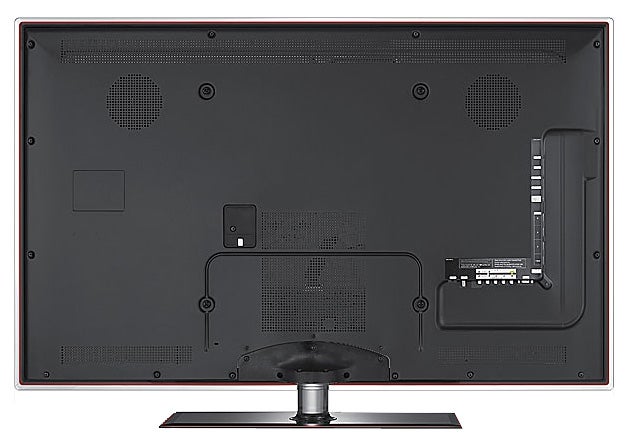 Please note, though, that in order to attain the same black level prowess for HD console gaming enjoyed with Blu-ray films, you will for some reason have to change the TV’s HDMI Input setting to Low rather than Normal, as well as choosing the TV’s dedicated Game mode.


If my talk of deep blacks sitting right alongside bright whites on the UE40B7020 surprises you for a TV with edge-based LED lighting, I suggest you check out the section in the UE46B8000 review. For in that I discuss at some length why Samsung maintains that edge-mounted LED lighting is actually superior in picture quality terms to rear-mounted LEDs, rather than just being a technique useful in helping build slimmer screens.


Moving on, I also found myself hugely impressed by the UE40B7020’s colours. As I regularly find with LED screens, there’s an intensity and dynamic range to the colourscape that you just don’t get with the vast majority of non-LED LCD TVs. There isn’t quite the same range and subtlety when it comes to colours that I witnessed on the Sharp LC-52XS1E I reviewed yesterday – but then that TV costs £9,000! Compared more fairly against anything else in the UE40B7020’s sub-£1,200 price point, the Samsung’s colours look genuinely exceptional.


The UE40B7020 scores with the sharpness of its HD pictures, too. Detail levels are extreme, with facial pores, the weave of clothing and other such HD specialities all being reproduced with aplomb – and without the accompaniment of nasty stuff like dot crawl or ghosted edges. So long, that is, as you avoid the disruptive Edge Enhancement feature the set provides.

With HD I was also relieved to note that the image’s sharpness isn’t badly affected by motion blur. It’s just a pity that the amount of motion blur increases quite a bit when you switch to standard definition pictures.


This is the best reason I came across during my time with the UE40B7020 for stepping up to Samsung’s 8000 series. For the flagship 8000 range carries 200Hz processing versus the UE40B7020’s 100Hz, and the difference the 200Hz system makes with standard definition in terms of reduced motion blur and resolution is marked.


While we’re on the subject of the UE40B7020’s 100Hz system, I should point out that you need to take care with its setup if you want to enjoy its benefits without suffering glitchy side effects. Just as well, then, that Samsung has made the system unusually flexible, providing a series of 100Hz ‘presets’ – including our preferred ‘Clear’ mode – as well as allowing you to adjust the heaviness of the processing’s judder and blur components along a sliding scale to suit your own specific tastes. 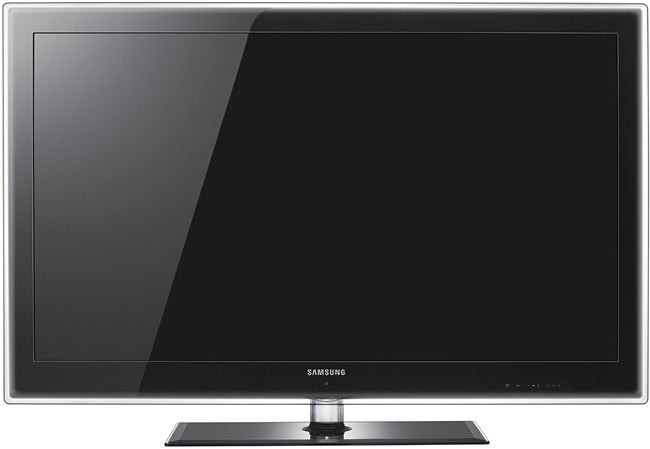 As with the 8000 series, my main gripe with the UE40B7020 is the effort needed to get its pictures looking their best. Noise reduction, the 100Hz system, the dynamic contrast system, the black level booster, the edge enhancement tool, the HDMI input level… these are just a few of the features you need to spend time tweaking if you want to get anything like the optimum performance from this TV. The good news, of course, is that the ‘optimum performance’ level you can finally get to is well and truly worth it…


The UE40B7020’s sound isn’t nearly as satisfying as its pictures, alas. The set carries two 10W down-firing speakers, but these just don’t have the dynamic range or bass capabilities to sound convincing with anything more demanding than ”The Jeremy Kyle Show”.


I predicted a couple of years ago that one day LED would rule the TV world, and the UE40B7020 does nothing whatsoever to shake that conviction.


However, as usual with a Samsung TV, it’s aggravating that you have to put a little legwork in to get the best out of the UE40B7020. And I really think it’s time Samsung put as much effort into improving its TVs’ audio as it clearly does revamping their aesthetics every year.


That said, the UE40B7020 really does look sensational, and providing you’re willing to tinker with its numerous picture options, it can produce superb pictures for what is a decent price.