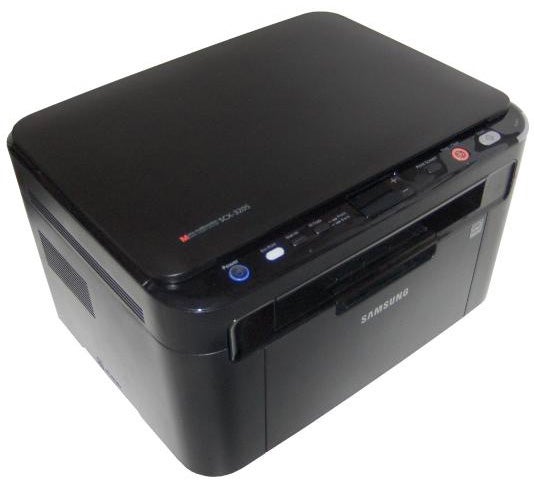 Small, unimposing and black are the three words that best describe the look of this machine. Cuboid and without the flair to the scanner section that earlier models had, this machine takes up very little room, given what it can do. The flatbed scanner has a stretch-hinged lid, so you can easily scan thin books as well as single sheets, and in front of the lid is a thin, gloss-black control panel.


As well as the Start and Stop buttons and one to power the machine on and off, there’s a bright blue, two-digit LED display for the number of copies and for certain error conditions, with large plus and minus buttons alongside. The Print Screen button prints whatever is on the screen of a connected PC and the Eco-Print button saves on paper and toner costs.

When the Eco-Print button is glowing green, printouts are automatically converted to two pages per sheet and toner save is switched in. There’s also an ID card button that triggers a scan of each side of the card before reproducing both on a single page – useful for HR departments, everywhere. These are all useful extensions to the standard feature set for an all-in-one, which adds value to the basic machine.


The only paper tray, with a capacity of 150 sheets, is on the inside of the front cover and there’s no paper tray cover as found on the Dell 1250c, which is a shame. At the back is a single USB socket, the only data connection, though if you need wireless networking there is the SCX-3205W, for around £20 more. 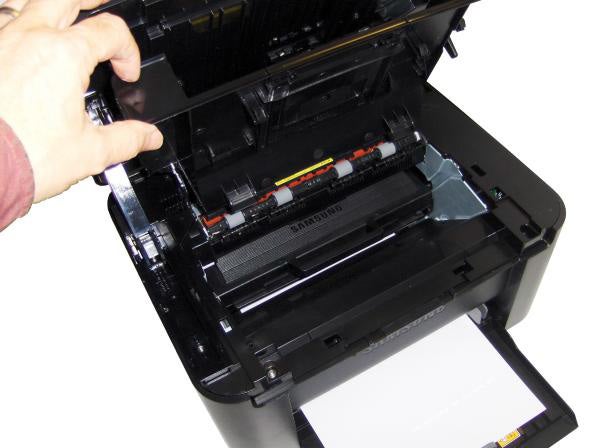 As usual, drivers for Windows and OS X are included on the CD and Linux drivers are also available. Also supplied are the AnyWeb utility for printing web pages and the Smart Panel status display.


Installing the drum and toner cartridge involves lifting the scanner section and the cover to the printer section. The cartridge slides down into metal runners, which are easier to locate than the plastic guides in so many laser printers.

Samsung claims the SCX-3205 can reach print speeds of 16ppm and we have to say we believe it probably can. Our five-page text print managed 11.1ppm, but when we printed the 20-page document, it rose to 14.3ppm, so with longer documents or those with less on each page, it should be able to get to 16ppm.


That’s not to mention the Eco-Print mode, where two pages are printed on each sheet. It takes a bit longer to rasterise these double pages, but again the quoted speed should be reachable. 16ppm isn’t bad for an all-in-one costing under £120 (excluding delivery) and should be fast enough for the kind of small and home office use the printer’s aimed at.


The other part of the speed test that threw up a surprising result was the single-page A4 copy from the flatbed. This completed in a mere nine seconds; compare this with the HP LaserJet M1212nf MFP, which took 15 seconds, 67 per cent longer. The 15 x 10cm photo print on the Samsung took 12 seconds, which is also quick for a comparatively high-resolution print. 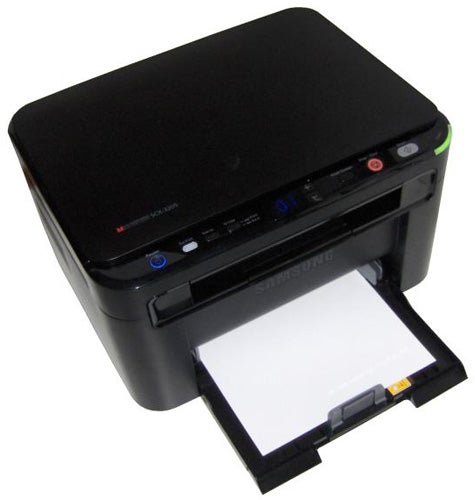 The quality of the prints we saw is well up to the standard we come to expect from Samsung. Text from the 1,200dpi enhanced print engine is very clean and well-formed, and could be used for any small business document without problem.


Greyscale graphics are also above average, with very little sign of banding and good, varied greyscales for areas of solid fill. There are enough shades to distinguish between different colours, too. The greyscale copy was also better than from the previous generation Samsung machines, although there is still some blotchiness when it comes to copying fills.


The photo print, while showing an obvious dot pattern, was also commendably free of banding and managed to reproduce shadow detail many other budget laser printers miss.


A single, 1,500-sheet drum and toner cartridge is the only consumable in the SCX-3205 and, at the best price we could find, gives a cost per page of 4p. While this is quite high when you compare it with equivalent inkjet printer costs, something many potential customers still fail to note, it’s only slightly above average when compared with other mono lasers. The HP LaserJet M1212nf MFP, for example, costs just 0.2p per page less.


Without going overboard, Samsung has added in three useful utilities to the feature set of the SCX-3205. Screen print, Eco-Print and ID card print are all handy functions and ones not easy to find in other, similarly priced, all-in-ones. Given its reasonable asking price, it’s likely to help continue Samsung’s successful spread into the mono laser printer market.