Over the past few weeks I’ve reviewed a couple of good sub-£100 budget compacts, namely the Nikon CoolPix L11 and the Pentax Optio E40. I hope this isn’t becoming a habit, because I’ve got another one today, in the shape of the new Samsung S85. 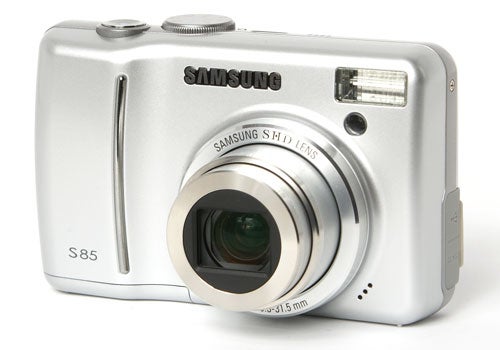 I have been mostly impressed by Samsung’s digital cameras over the past couple of years. Some of them, such as the NV10 have been very good indeed, with sleek styling, innovative controls and superb Schneider-Kreuznach lenses. Others, such as the L700 have been somewhat mediocre, but few of them have been genuinely bad. Thankfully the company has recently trimmed its range to just 19 models, from a high a few months ago of no less than 36 different cameras, and naturally it is the less successful models that have been dumped. Hopefully this means that future models will continue to exhibit a higher standard, and if the S85 is any indicator then this may well be the case. 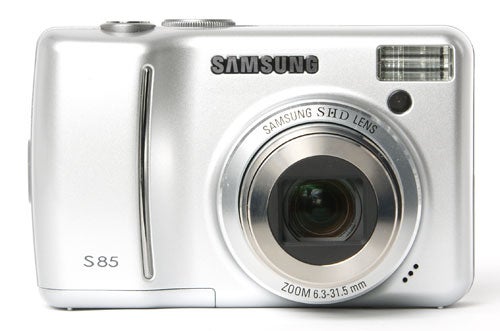 The S85 is an 8.2-megapixel compact camera with a 5x zoom lens (although lacking the Schneider-Kreuznach label of the higher-spec models), a 2.5-inch monitor screen and some advanced features including face detection AF/AE, manual exposure options and ISO 1600 maximum sensitivity. That may sound like a fairly average specification, but it also has a retail price of just £99, so you’re actually getting quite a lot of camera for your money. There aren’t very many models on the market that offer as many features for that kind of price, in fact the only one that springs to mind is the Fujifilm FinePix A820, which also has an 8-megapixel sensor, but only has a 4x zoom lens.

On first impressions, the S85 is uninspiring. Compared to Samsung’s striking NV models it is a very plain-looking camera, with a conventionally-styled plastic body finished in silver and grey. The shape of the body is a simple rectangular box with rounded-off corners, and is thicker at the right-hand end to accommodate the two AA batteries that provide it with power. This thicker end and the chrome strip on the front provide a comfortable handgrip, although the very smooth finish is quite slippery. The body is quite strong, and overall build quality is well above average for a budget camera. For some bizarre reason Samsung claims in both the specification list in the manual and the description on the company website that the S85 is only 23.4mm thick, which would put it into ultra-compact territory. This measurement is “excluding protrusions”, but since those “protrusions” include the lens, monitor screen and a big chunk of the camera’s body they’re not really fooling anyone. In fact the camera measures 101 x 65 x 34mm and weighs over 200g including standard alkaline batteries, so it’s quite large and heavy compared to many other low-cost compacts, such as the Pentax E40. 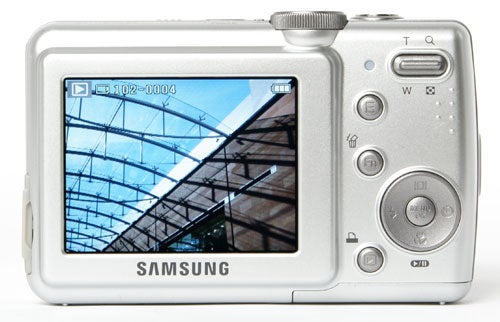 The control layout appears at first to be very simple, with just three buttons, a D-pad and a mode dial. This offers full auto mode, program auto (in which more features are available), manual exposure mode, scene mode, portrait mode (with face detection), night shooting, movie mode and “ASR”. This stands for Advanced Shake Reduction, but unfortunately this is one of the systems I was talking about in my article yesterday. It may sound like image stabilisation, but in fact all it does is boost the ISO setting by a couple of stops to give a faster shutter speed, at the cost of increased image noise. 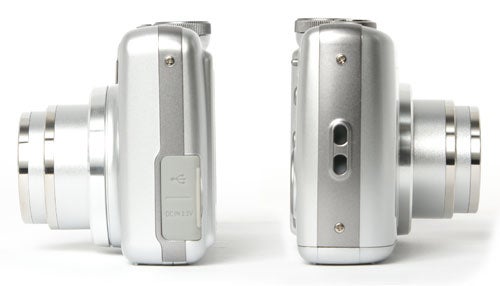 Despite the apparent simplicity of the controls, they are in fact made rather complicated by the presence of three separate menu systems. The main menu, activated by the button in the centre of the D-pad, controls some camera settings, including sharpness, contrast and AF mode, as well as set-up functions such as shutter sounds, menu language and card formatting. As well as this there is a Function menu for other common shooting parameters such as exposure compensation, white balance, metering mode, drive mode, image quality and ISO setting. A third menu is activated by the ‘E’ button, which with impeccable logic stands for Effects. These include colour correction and effects, a strange and not terribly useful colour mask feature, a more useful three-slider colour adjustment feature, and a frame composite mode that puts Pentax’s much derided offering to shame. Why Samsung felt that these features, which will be rarely used at best, needed their own separate menu button is a mystery. Personally I think they would have been better relegated to a page on the main menu, leaving the control system a lot less fiddly. The proliferation of obscure functions is not helped by the fact that the engraved labelling of the rear panel controls is difficult to make out even in good light. In the dark it is completely invisible.

Fortunately things start to pick up a bit when we move on to the S85’s performance. It starts up in a very creditable 1.8 seconds, and shuts down again in just over two. The autofocus system is very fast even in relatively low light, and in single-shot mode its shot-to-shot cycle time is an exceptionally quick 1.6 seconds. In continuous shooting mode it can manage approximately one frame per second, but although the initial shutter press makes the normal sound there is only a very quite ticking noise to indicate when subsequent shots are being taken. Low light performance is also very good, thanks to an AF assist lamp with a range of approximately two metres. Focusing in low light is either very fast, or if it can’t focus it lets you know very quickly. Flash range is a little below average at three metres, but frame coverage is excellent and the flash recharge time of approximately five seconds is also fairly good. Battery performance will of course vary depending on the type and quality of the batteries used, but I took over a hundred shots with a pair of standard alkaline batteries and the battery level meter didn’t budge from reading a full charge. 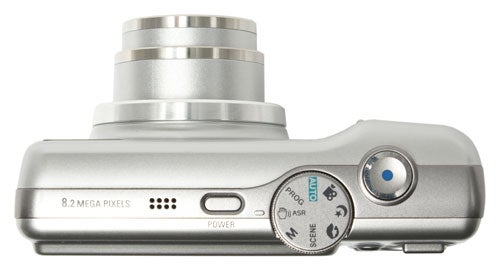 The good news continues when we look at image quality, which is outstanding for such a low cost camera. Exposure and colour rendition were virtually perfect, and even when shooting directly into bright sunlight the sensor managed to capture plenty of shadow detail. The lens may not have the Schneider-Kreuznach brand name, but it is very high quality nonetheless, producing excellent centre sharpness and very little barrel distortion at wide angle, with only a little softness and a small amount of chromatic aberration around the edges of the frame. Image noise was extremely well controlled at all ISO settings, with good picture quality at ISO 800 and a usable image even at ISO 1600, which is a very impressive performance by any standard. For a camera costing under £100 it is nothing short of remarkable. 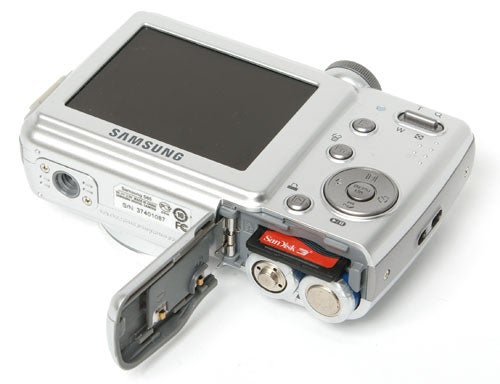 The Samsung S85 may look a little dull, but it is a well-made camera with a useful range of features, very good performance and surprisingly excellent picture quality. It has a few odd quirks and is a bit fiddly to operate, but considering the sub-£100 price tag it represents astonishing value for money. 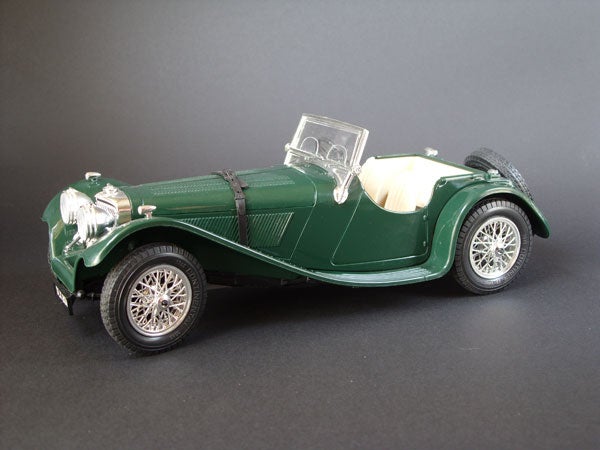 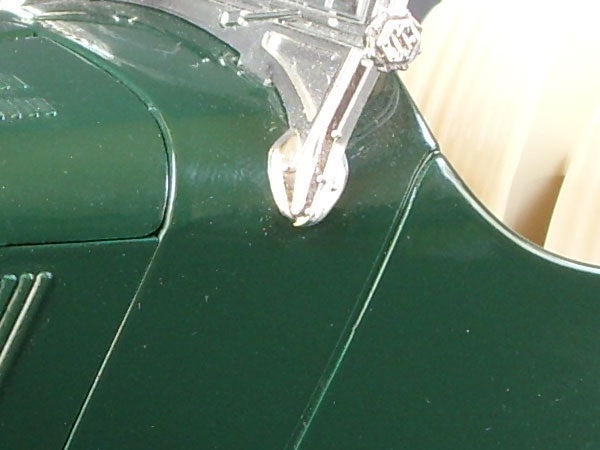 At ISO 50 the image quality is exceptionally good, with no trace of noise or compression artefacts. 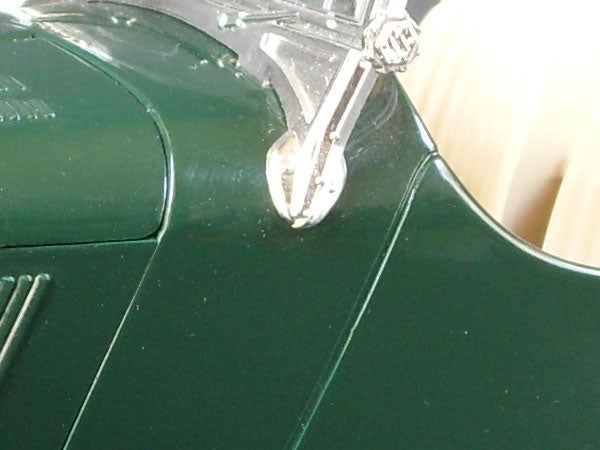 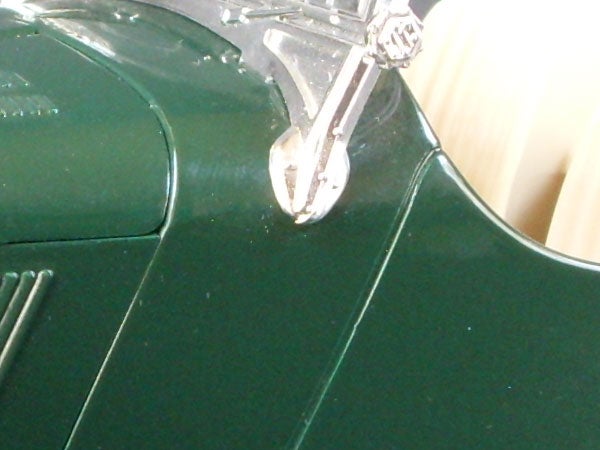 Only a tiny hint of colour speckling at ISO 200. 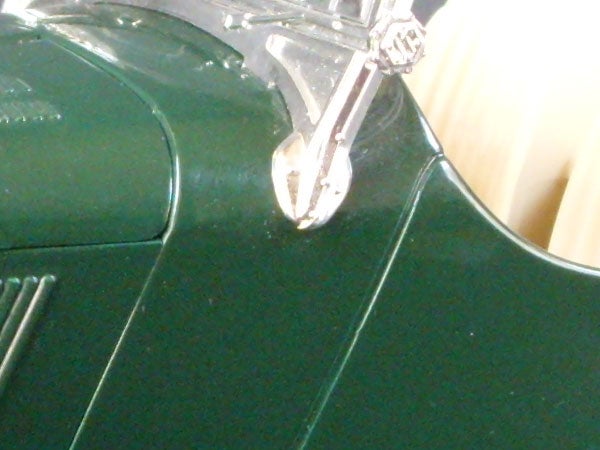 At ISO 400 the image quality is still very good, with only a little visible noise. 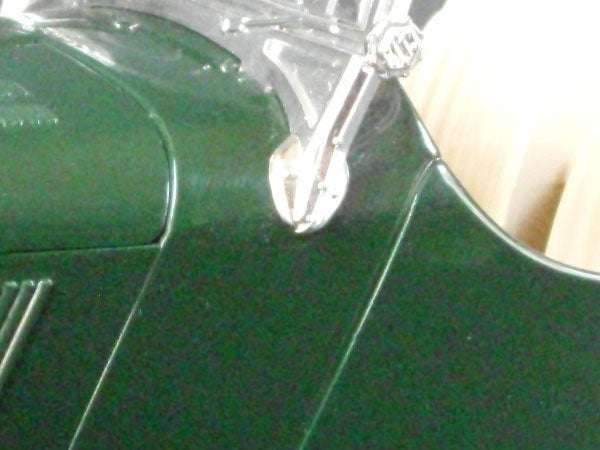 The noise is more visible at ISO 800, but overall colour reproduction is still very good. 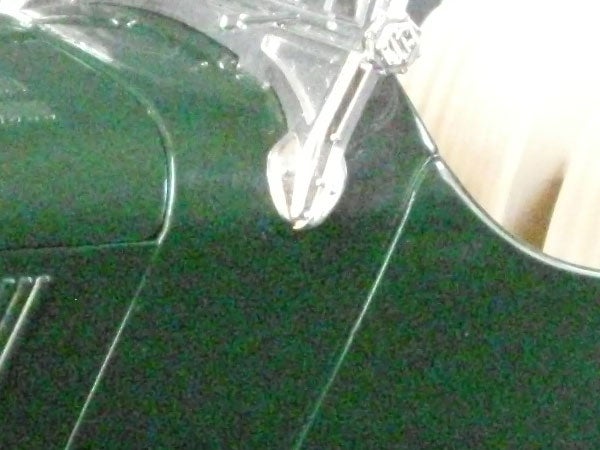 The noise is more pronounced at ISO 1600, but the colour is still generally good and the is plenty of detail, a remarkable performance for a budget camera. 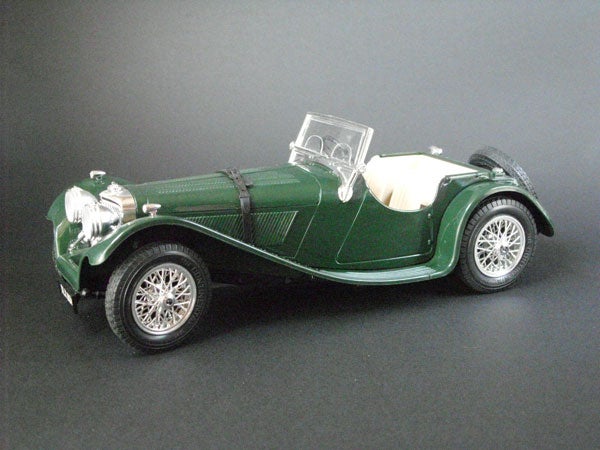 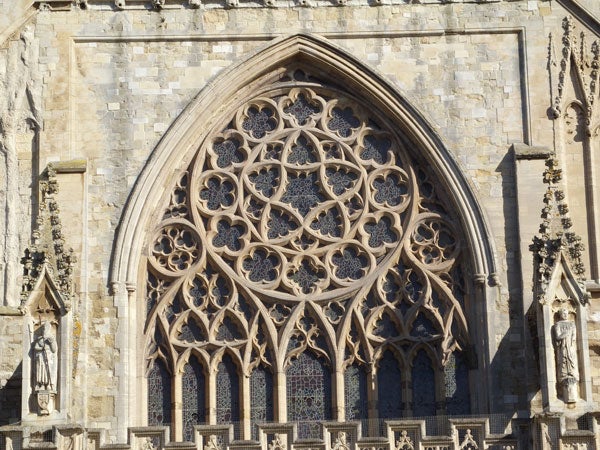 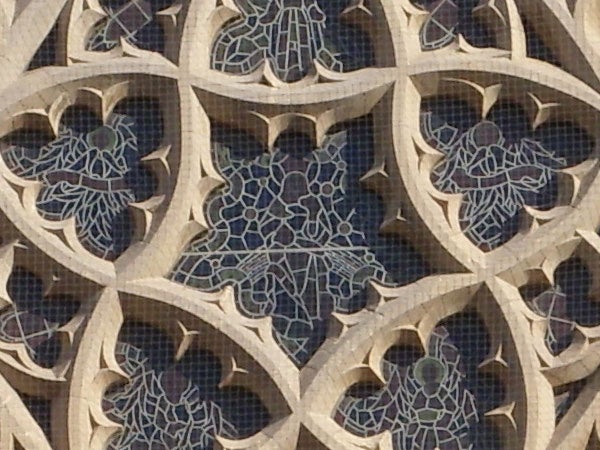 The overall level of detail compares well with other 8MP models. 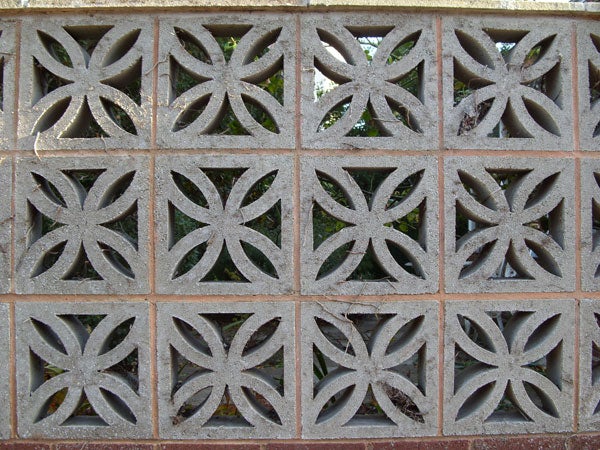 The high quality lens produces only a little barrel distortion at the wide-angle setting. 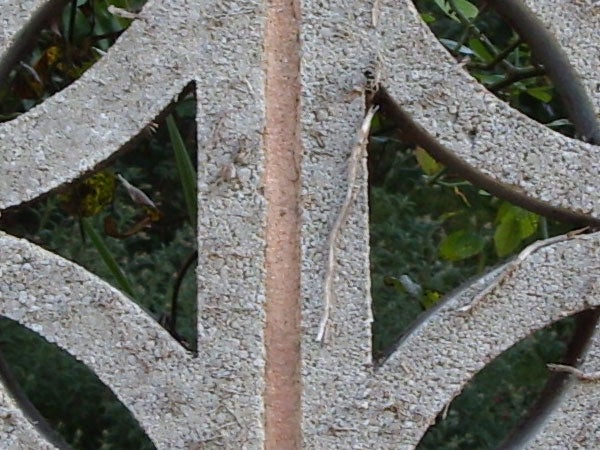 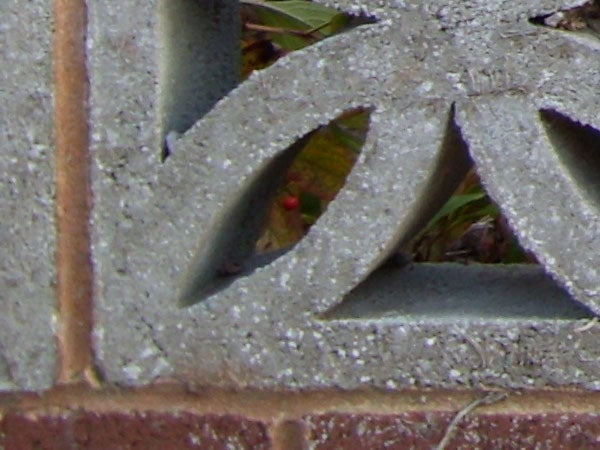 Only a little softness at the corners of the frame. 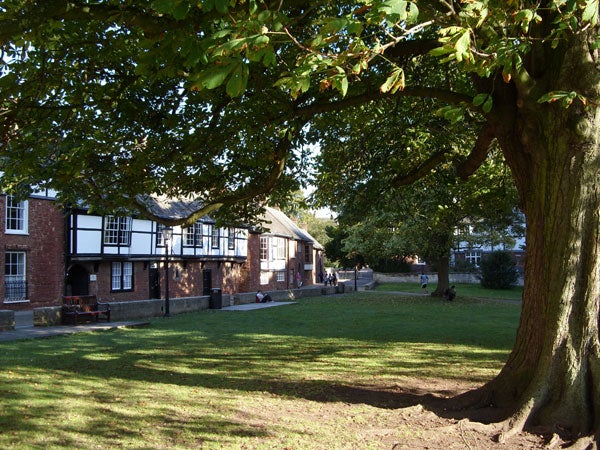 The wide-angle end of the zoom range is equivalent to 38mm, which is not really wide enough for panoramic landscapes. 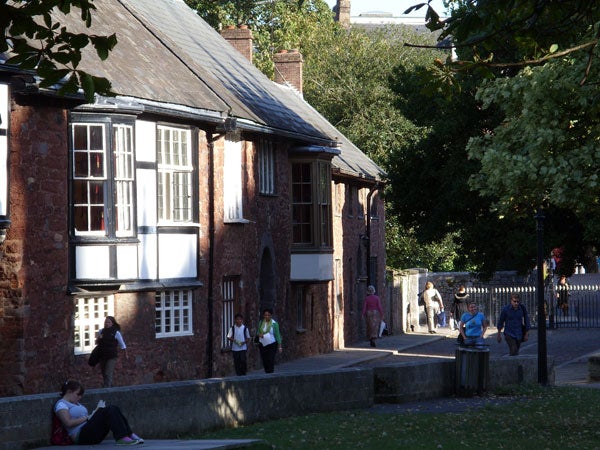 The telephoto end of the 5x zoom range is equivalent to 190mm, which is longer than average. 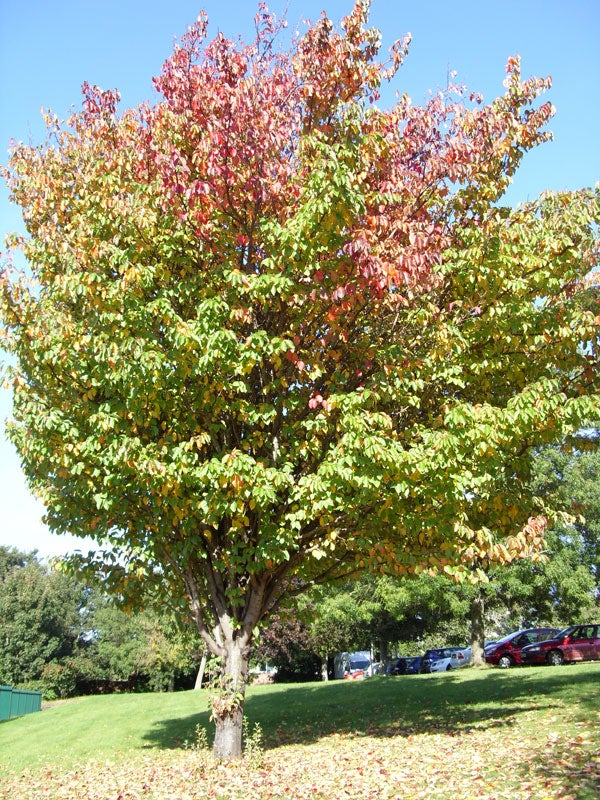 Even shooting into the sun the S85 produces good shadow detail.