Not everyone can afford a handset as expensive as the iPhone, HTC Hero or Palm Pre. Manufacturers like LG and Samsung are well aware of this and have created a range of much cheaper touchscreen mobiles, like the S5600, to fill this gap. The S5600 can be seen as an evolution of the Tocco Lite, but whereas the Lite was hampered by slower EDGE data speeds, this new model supports HSDPA so it’s much speedier when it comes to downloading music tracks or viewing webpages. 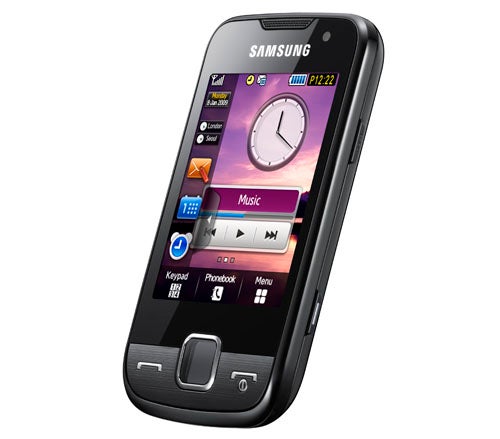 The S5600 certainly provides evidence that cheap doesn’t have to mean ugly, as Samsung has done a stellar job on this phone’s styling. Measuring 103 x 55 x 13mm, the handset is quite small and as it’s nicely curved on the rear it sits comfortably in your hand. The glossy, piano black finish may be a demon for attracting finger prints, but it still manages to look quite tasty and is nicely offset by the graphite effect used on the two call handling buttons at the bottom the screen. Despite the fact that the chassis is largely made of plastic, the phone still manages to feel quite well built, and although it’s not laden down with buttons, there are dedicated keys for volume, camera and the lock mode. 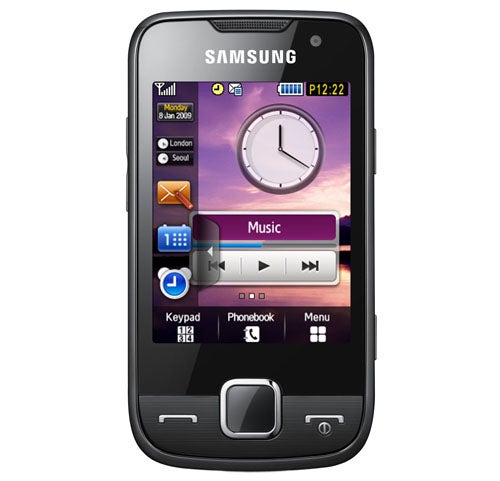 There are two versions of this phone: the Preston model that’s available on Orange (and which we had in for review) and the Blade version which is exclusive to Vodafone. The only difference between the two is that the centrally mounted D-pad is square on the Preston and triangular on the Blade.


Key to any touch-phone is its display and thankfully Samsung has done a pretty good job in this department. Given the price, it’s understandable that the company has stuck with a resistive display rather than using the capacitive type that Apple employs on the iPhone. The 2.8inch screen may be a tad small by most touch-screen phone standards and can feel a tad cramped when you’re using it to view webpages, but for most of the phone’s other main functions it performs admirably. 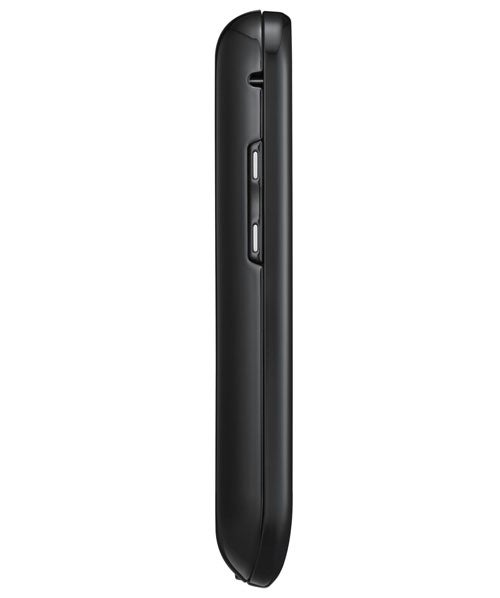 The smaller physical size of the display also means that text and images look reasonably crisp despite the rather low 320×240 resolution. More importantly, however, the screen feels responsive to finger presses and swipes, something which can’t be said of many other budget touch-screen devices such as the LG GM750. This responsiveness is also helped by Samsung’s speedy TouchWiz operating system. This OS is nowhere near as advanced as the iPhone or Android OSes, but it is built from the ground up for touch input and this very much shows through in its usability.

Like Android the TouchWiz interface provides you with three separate home screen panels that you can access by swiping your finger left and right. The OS also has a number of preloaded widgets that sit in a pop out bar on the left of the home screen. You can drag these widgets from this bar onto any one of the home screens and then position them as you like. There’s a good range of widgets provided as standard including a music player, FM radio, Windows Live Messenger and RSS reader. 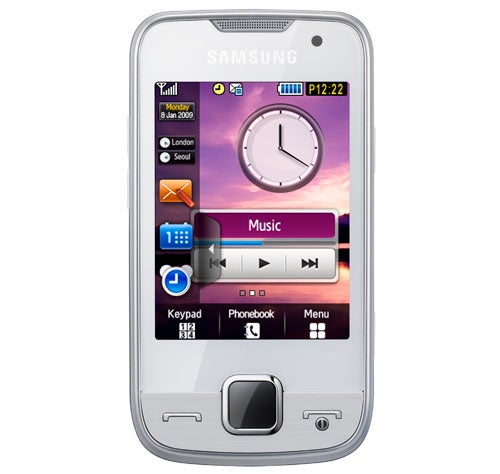 At the bottom of the home screen there are four touch buttons to take you directly to the dialler, address book, inbox and main menu. Once you enter the main menu you’ll find everything laid out in a standard grid with large icons that are easy to navigation using your finger. There are also some nice extras to be found in here including a photo address book that presents your contacts as a neat looking carousel menu of pictures. While some of the others applications, like the music player and web browser, are a bit basic, they’re all very responsive and straightforward to use.


The phone isn’t found lacking when it comes to call quality either as we had no problems during our test period. The earpiece is loud enough to be clearly heard even in noisy rooms or bars and it also produces pretty crisp sounding audio. Reception is also good, and the HSDPA download speeds obviously make a big difference over previous offerings like the Tocco Lite when you’re loading up webpages or grabbing music tracks from the Orange download service. Battery life was also impressive. We had no problems getting two days out of it before it needed a recharge.


Unfortunately, to keep the price within wallet friendly boundaries the S5600 has had to do without a couple of headline features. The first casualty of this cost cutting is Wi-Fi. As a result you’re totally reliant on the 3G mobile network for data downloads. This is not a problem if you live in an area with good 3G reception, but will obviously be an issue if you don’t. Also, the S5600 lacks a GPS chip, which is perhaps not surprising given its low-ish price tag. However, all is not lost (so to speak) as you can download Googlemaps for the handset. This app can use triangulation to work out your approximate location, although this does depend heavily on having a number of mobile masts nearby, so naturally it works better in built up areas like cities than it does out in the sticks. 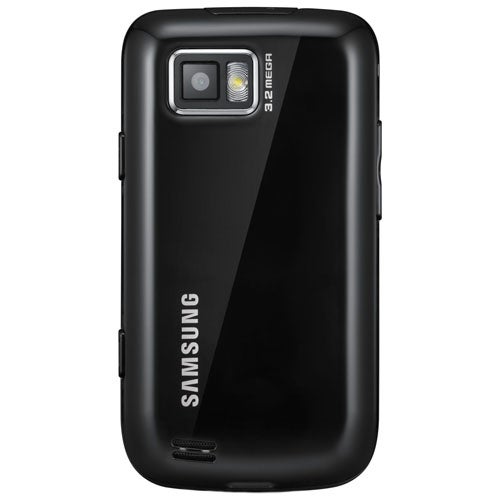 The camera isn’t any great shakes either. It’s got a relatively low 3.2megapixel resolution, lacks autofocus and suffers from quite a lot of shutter lag. The result is that shots often come out looking quite blurry unless you make a concentrated effort to really hold your hand as still as possible when capturing a picture. On the plus side, there is an LED flash above the lens so under the right conditions it can make a decent fist of indoor shots, although again you’ll have to keep movement to a minimum to avoid camera shake induced blur.


The S5600 doesn’t exactly break any new ground, but it does cover most of the bases nicely and at a reasonable price. As a result we think those looking for a simple, low cost, touchscreen phone should definitely check it out.