The Samsung got off to a good
start in the benchmarks, with victories over its rivals in a couple of
key tests. The powerful backlight delivered a measured brightness of 320
nits, outstripping the LG and Philips screens, which topped out at
250 nits and 258 nits respectively. Of course, we’d never run the
monitor at that level, but at least the option is there.

Colour
gradation was impressive too. The Samsung’s Delta E averaged 1.65, which is
finer than the LG’s 1.76 and the 2.65 average of the Philips.

A
black level of 0.15 nits means dark tones are inky and deep, and they
help the Samsung to deliver an astonishing contrast ratio of 2,133:1 –
that’s double the level we consider to be very good – making this an
ideal screen for watching movies and playing games. While both of those
scores trounce the LG, the Philips delivered even deeper blacks and
better contrast – although, arguably, not to the point of making a
noticeable difference. 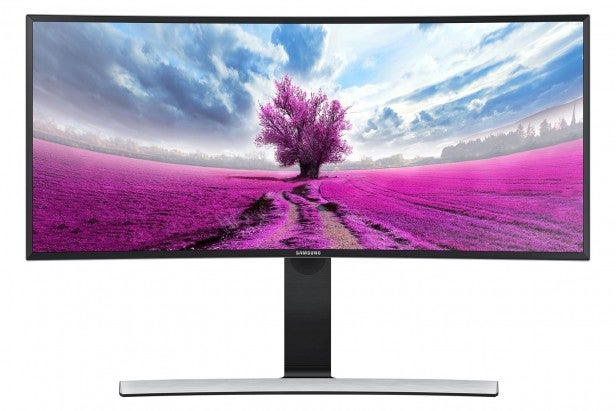 The
Samsung’s gamma value of 2.18 barely deviates from the ideal figure of
2.2, and the panel delivered an sRGB gamut coverage of 97.3% – another
good result.

It faltered only in colour temperature, where it
scored 7,032K. That’s a little way off the ideal of 6,500K, making it
appear cooler than the LG but still warmer than the Philips.

Despite
that, Samsung’s factory settings are pretty spot on: it benefits from
bright, accurate colours, good black point and contrast levels, and
impressive sRGB coverage too. We prefer this screen to the LG, and it’s
better balanced than the Philips, too, despite that screen’s higher
contrast and deeper blacks.

We calibrated the Samsung using our
X-Rite i1 Display, but received mixed results. While the Delta E
improved to 0.94, the contrast ratio worsened to 2,033:1 and the colour
temperature became cooler at 7,514K – so this is a step we’d skip. If
you’d like to use it, at least it was simple to achieve: we only had to
turn down the green slider by four notches.

Viewing angles are
consistently excellent, with no deviation visible, which isn’t
surprising given the gentle curve and that this is an VA panel.
However, the curve does make it less suitable at times whenmultiple
users may want to view the same screen.

Several
of the S34E790C’s screen modes revolve around Samsung’s Magic Bright
options, which alter the backlight’s intensity for different usage.

The
Standard mode drops the backlight to a more manageable 158 nits, and
improves the Delta E to 1.21 – an even better result than the Samsung’s
factory settings. The contrast and colour temperature both improved a
little to 2,257:1 and 7,263K.

There
are two other Magic Bright modes, but neither were as impressive.
Cinema mode bumped the brightness to 329 nits at the expense of black
levels, contrast and colour accuracy, with colours looking oversaturated
– the exact opposite of what you’d want from a cinema mode. The Dynamic
Contrast mode also saw the Delta E and colour temperature results
decline.

Four options are available to alter colour temperature,
but neither provide the correct balance. The two cool options chill the
colour temperature to 8,485K and 10,178K, and two warm modes heat up the
screen to 5,531K and 5,002K. Unless you’re keen on making your images
appear icy cool or far too oversaturated, we can’t see why you’d use
these options.

The final two screen modes concern energy
efficiency. The first, Minimum mode, drops the brightness to 242 nits
and reduces the power consumption from 54W to 44W. The result of the
second is more dramatic – with Maximum mode enabled, the power draw
decreased to 33W with the brightness at 156 nits. The Samsung is more
frugal than the Philips, which began at 73W and reduced its consumption
38W.

The Magic Bright Standard mode is the best option here, then
– the brightness level is ample for office work, and other attributes
are improved. Many of the other settings, however, we’d leave well
alone.

Samsung’s
monster screen impresses with its imposing build and consistent
benchmark results, but it struggles to maintain its performance across
its 34in diagonal.

The S34E790C’s top-left corner lost 11% of
its brightness, while 15% was lost in the top-right corner and around 9%
in the middle of the top edge. That’s poorer than the LG, which only
lost 25 nits at its worst point – and it’s worse than the Philips, which
lost 7% and 13% in its top corners.

Things didn’t improve for
the Samsung along the bottom edge, either, with 14% of the backlight’s
power disappearing in each corner. Again, this is marginally worse than
both competitors.

Colour temperature proved a little inconsistent: it improved along the bottom edge but was cooler along the top of the panel.

So
the uniformity results aren’t good, then, but they’re not disastrous.
If you’re using this screen for work – which isn’t colour critical – or
watching movies and playing games, it’s unlikely to have an impact.

Input
lag was better. The Samsung averaged an input time of only 10.9ms,
which is twice as good as the Philips. It’s also the sort of result wed
expect to see from dedicated gaming screens; we’d bet that few gamers
will notice the input lag, which adds to the widescreen’s impressive
credentials as a gaming monitor. 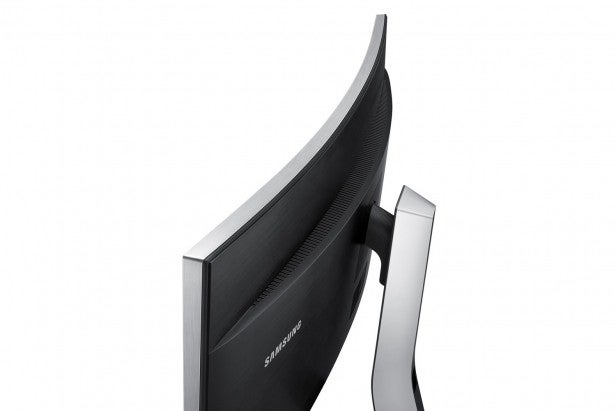 If
you’re after a premium monitor with all the bells and whistles then the
S34E790C certainly delivers. Samsung’s screen impresses in most
departments, offering solid image quality, good viewing angles and
impressive build. At £731, however, it’s pricier than even the Philips;
it’s undeniably a luxury product for a niche audience.

That money
buys you plenty, though: a huge, high-resolution VA panel, a
height-adjustable stand, and superb all-round imaging performance. Plus
that curve, too, is something for which you’re paying a premium.

There
are two main reasons why the Samsung would fall short for you. First,
is if you really value image quality, since there are other flat-screen
monitors out there that provide better accuracy for the money. Also, if
AMD’s FreeSync or Nvidia’s G-Sync technologies for smooth, tear-free
gameplay are of interest, then you’ll have to look elsewhere.

The
Samsung S34E790C’s curve feature is far from essential, but it adds a
sense of immersion to games and movies while at the same time offering a
great setup for day-to-day work. A snazzy design and good overall image
quality combine to make this an excellent, if rather pricey, all-round premium
monitor.

Want some top-quality games to play on your new sidescreen panel? Check out our round-up of 2015’s best RPGs – or have a read of our verdict on the best racing games you can play right now.