Several exciting trends have perked up the PC monitor market over the past couple of years. Screens with 4K resolutions have offered unparalleled sharpness, and 21:9 panels provide a widescreen experience that’s great for games and movies.

The VA-based Samsung S34E790C is the first screen we’ve seen from the next wave of display: curved PC monitors. The gentle arcing design of this screen is supposed to improve immersion during games and movies and make work easier, too, thanks to the greater desktop space on offer.

The Samsung isn’t the first 21:9 panel we’ve put through its paces, but it is the first curved screen to be tested. Its 34in diagonal also makes it the biggest 21:9 screen we’ve seen. 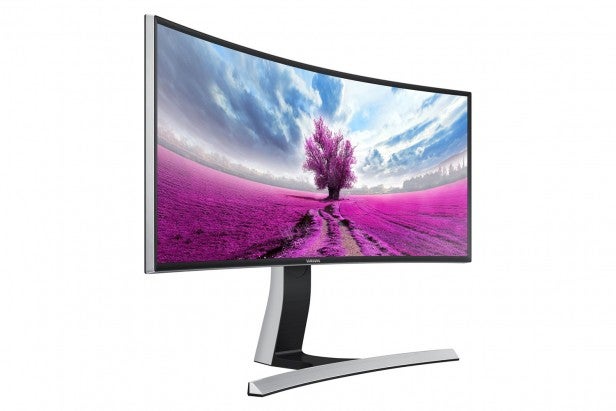 The curve in the S34E790C is supposed to help make the massive Samsung more manageable. It reduces any viewing-angle-based image distortions that result from having such a big screen: the bigger the screen, the greater the angle from which you’ll be viewing the furthest edges of the screen. The curved is tuned to the natural radius of the human eye, which Samsung says makes for better observed contrast and image quality.

The S34E790C’s extra number of vertical pixels make it a much more useful day-to-day monitor compared to lower resolution widescreen panels. Plus, a tight pixel density of 110ppi – compared to 96ppi for the 29in LG 29EA93 – makes images on the screen nice and sharp.

The Samsung’s size and resolution also help it compete well with 4K panels. The Philips Brilliance BDM4065UC has the same 110ppi as the Samsung, but we prefer the wide screen here – it’s just more manageable than the 40in Philips, which will be too large for most desks. 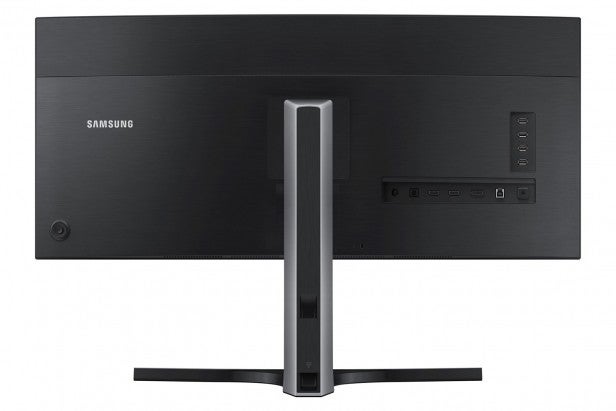 The Samsung’s 110ppi density level and 3,840 x 1,440 resolution results in plenty of sharpness and desktop real estate, but not to the extent that you’ll need to use the Windows scaling settings to zoom in. This monitor is usable out of the box – a change from 27in and 32in 4K screens, which often require tweaking.

Port selection is reasonable: there are two HDMI sockets, a DisplayPort connector, four back-facing USB 3.0 sockets and a headphone jack. That should be enough to sate most users, and those two HDMI ports can be used for Picture in Picture 2.0, which displays two different image sources on the single screen – a similar system to the LG 29EA93.

On the Samsung’s rear panel you’ll also find two 7W speakers. They’ve got ample volume and are a clear step up from what you get built into most monitors, but we remain unconvinced about quality. The huge bass overwhelms the mid-range, and top-end tones are underwhelming. Music mode attempts to balance the range a little, but the results are still mediocre. If discrete speakers or headphones are available, we’d opt for those instead.

The brushed metal stand follows the curve of the screen, and the panel itself is surrounded by slim, glossy plastic – it’s a good-looking bit of kit. Build quality is reasonable, although the screen does wobble if prodded – a downside of having such a wide panel. 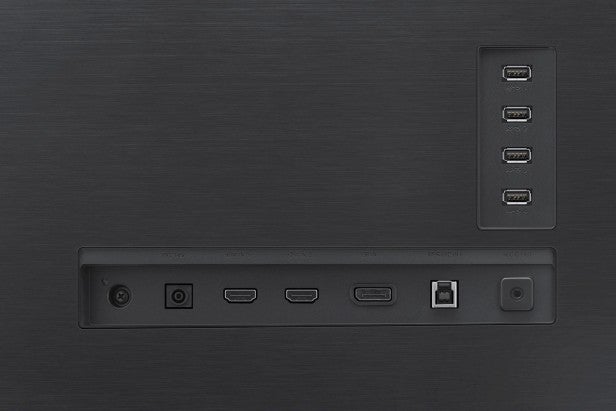 We weren’t fans of the LG 29EA93’s awkward setup procedure but, thankfully, our experience with the Samsung was far better. It arrives already assembled, which means the trickiest part of getting the S34E790C onto a desk is lifting it out of the box – the sheer size of the 34in widescreen makes this a little awkward.

So while it’s a little unwieldy, the Samsung makes up for its size with surprising versatility. It offers a 100mm height adjustment and it can be tilted too, lacking in both its rivals, plus there’s 100 x 100mm VESA support as well.

Samsung’s OSD is controlled by the now-familiar joystick on the back of the screen. Although it can be initially awkward to use, after a little adjustment it becomes simpler. It’s far easier to operate than the similar system on the Philips screen, which can’t be used as a button.

The menu itself is better than Philips’ effort, too. Rather than being pixellated, it’s sharp and slick, and it’s a tad faster too.