It used to be that buying a decent monitor meant spending
a small fortune, but that’s not the case anymore. We regularly see large, high quality
monitors for less than £300. The Samsung S27C750P, an exceedingly smart 27-inch
monitor with a pivot stand, is at the top end of this price bracket – does it
do enough to justify the price tag?

If you care as much about the appearance of your monitor
as its actual quality, the Samsung SC750 is the monitor for you. Its minimalist stand
and case is refined and classy – it wouldn’t look out of place in a swanky
London office. A segment at the back snaps off to create a neat cable tidy
compartment – it’s fiddly to use but you’ll only use it once. 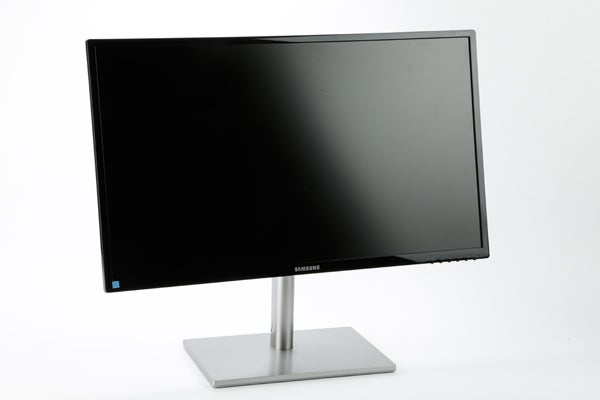 It’s not just style over substance, either, as the
monitor pivots so you can use it in portrait mode. The action is smooth and
resistance-free and the cable tidy is smartly positioned so the cables don’t
impede switching from landscape to portrait and back.

There’s no height adjustment, but the Samsung S27C750P is
large enough that it sits at a comfortable height by default.

It doesn’t come pre-assembled, but attaching the base to
the main stem of the monitor is easy enough. More important, the Samsung
S27C750P comes out of box well-calibrated – a little tweaking of contrast and
brightness is worthwhile and setting the HDMI Black Level to ‘Normal’ is a
must, but you won’t waste a lot of time tweaking unless you’re that way inclined. 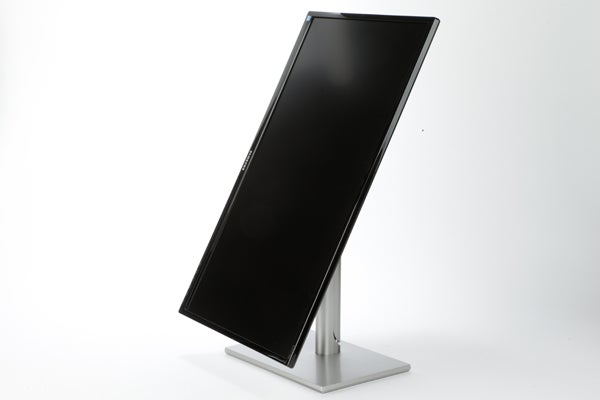 If you do want to tweak, the controls and OSD are good
enough but a little fiddly as the menu system is cramped entirely into the bottom
corner. We love the fact it auto seeks for the active input, however, as this
saves a lot of tedious button prodding.

It’s tempting to criticise the connectivity on the SC750
as it only has two HDMI ports and a VGA port. But for most people this is ample
– it’s enough for a PC and a games console, for example. Most MacBook owners
will yearn after a DisplayPort input, but the SC750 is no worse than rivals in
the connectivity stakes. 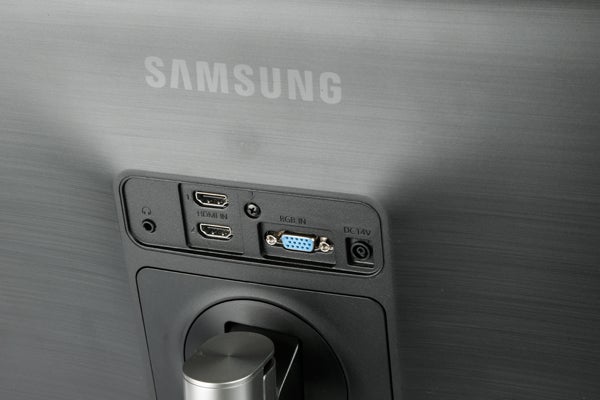 There are no speakers (no great loss), but there is a
headphone jack so you can pipe the audio from an HDMI connection out to some
speakers or headphones.

There’s little to fault in the monitor’s image quality. Colours are
rich, blacks deep and clean, and the SC750 resolves plenty of detail in subtly
lit scenes and photos. Whether you’re watching an HD film, viewing and editing
photos or playing games, you’ll be delighted by the vibrancy and high contrast
pictures. We also like the fact it has an anti-glare, rather than reflective
glass, finish. Glass finishes can make videos and games look better, but to our
minds the trade-off isn’t worth it.

The backlight is, by and large, even, though there is
some backlight clouding around the bottom two corners. This means you’ll notice
slightly brighter segments, particularly when watching videos with black bars.
It’s not a big issue, but pickier buyers – especially those after the utmost in
accuracy – should be wary.

The only other concern is, like most LCD screens, slow panning shots betray the usual, slightly jerky tearing motion typical
of this screen technology. Top-end TVs alleviate this with lots of expensive
processing chips, but the Samsung SC750 lacks such niceties.

The biggest problem with the SC750 is simply the
alternatives available to it. For example, anyone who just wants the biggest,
highest resolution monitor at their budget will find a smattering a stonking
deals on 2,560 x 1,440 resolution monitors for only £60 or £70 more. The SC750’s
1,920 x 1,080 resolution, meanwhile, feels a little restrictive on such a large
screen. If we were making the choice, we’d be sorely tempted to spend a little
more. 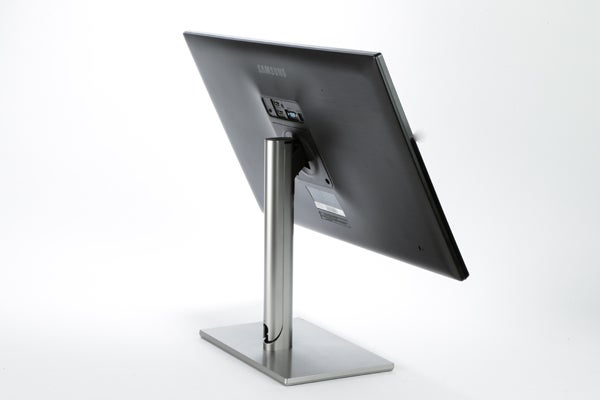 If you’d rather save £50 or so then the AOC d2757Ph is another
tempting alternative. It’s the same size and resolution as the Samsung S27C750P
and matches it for picture quality – it even supports 3D, limited though its
appeal may be. There’s little to choose between them, but we’d favour the
anti-glare finish of the SC750 if forced to choose. The AOC doesn’t pivot,
either, a niche but useful feature.

It’s not an open and shut case, but the Samsung S27C750P monitor
just about earns our recommendation mainly on the strength of its anti-glare
finish and outstanding design. There’s better value to be found elsewhere, but
this is a very good monitor for the discerning shopper.