The last Samsung monitor we tested, the S27C570HS, was a rare mis-step for Samsung. Out of the box its colours looked far too cool (i.e. with a blue hue) and consistency of brightness and colours across the panel was distinctly average. Happily, the S24D590PL quickly put this bad experience behind us.

Using the factory default settings, it measured an excellent 6,559K white point, pretty much right on the money of our 6,500K target. The peak brightness was a bright 260 nits (you’ll probably want to turn this down for normal use) and the contrast ratio a creditable 1,227:1, slightly higher than the quoted 1,000:1. 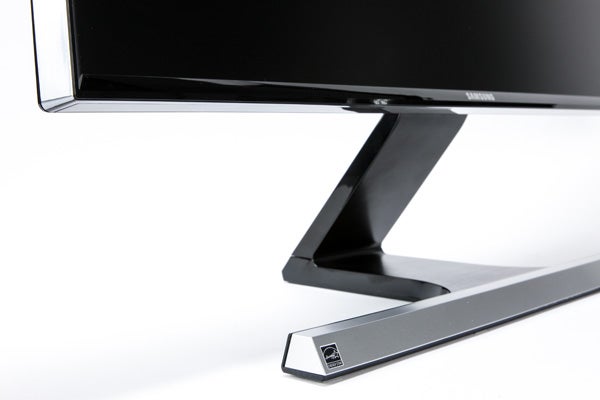 So far, so promising, but then we were stumped by a rather poor result in the colour accuracy tests. The S24D590PL measured an average DeltaE of 8.01 – anything above 4.0 is average for a cheap monitor, but an eight is downright poor. We ran this a couple of times to be sure, and then we struck upon the cause for this unusually poor result.

One of the less high-profile settings on the S24D590PL is HDMI Black Level, which has two options: Normal and Low. By default it’s set to Low, but this results in crushed blacks and whites that are really quite obvious once you look for them. Turning this mode off instantly returned a much improved 3.26 DeltaE, and frankly a visually more pleasing image overall.

With this mode off, the S24D590PL proves itself to be a seriously decent monitor for the price. The above-average native contrast means it really doesn’t need this trickery to produce decent blacks in videos. It’s not on the same level as the BenQ GW2760HS we reviewed last year (its VA-based panel has a native 3,000:1 contrast ratio), but it’s a noticeable step up from most circa £150 monitors. Clear and bright colours complete the picture to make this a very decent entertainment monitor. 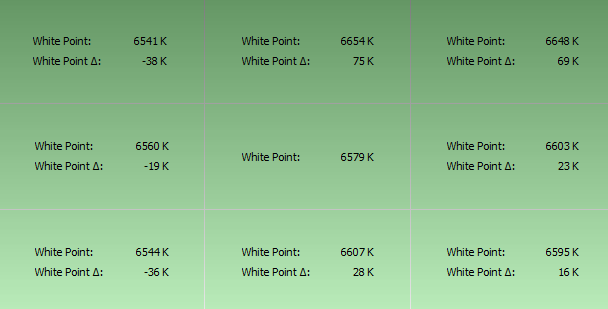 These qualities are further enhanced by excellent viewing angles and a pleasing, anti-glare finish that ensures reflections aren’t a problem. Uniformity is pretty solid, too. The white point across the screen is very consistent, which is a huge improvement on the last Samsung we saw. 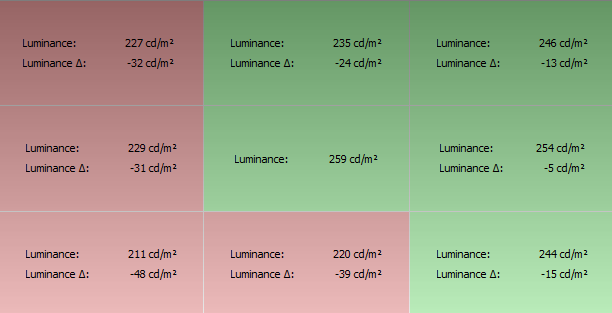 The brightness uniformity isn’t quite as good, but where it does veer it’s enough not to cause serious concern. Were this a £600 monitor we might kick up a fuss, but this really isn’t bad for a £180 monitor and you have to look very hard (in a dark room) to see any signs of backlight bleed around the fringes.

It’s now that we come to a new part of our testing. We’ve recently acquired a nifty bit of kit (a Leo Bodnar Lag Tester for those interested) for testing input lag on monitors. While this is the first monitor we’ve tested using it, there’s no shortage of third-party data to draw comparison from.

It’s good news for Samsung and gamers, too, as in its standard setup the Samsung S27D590PL measures an oustanding 17.2ms input lag. Anything below 20ms using this method is very good indeed, making the S27D590PL exceptionally good for gaming – a double bonus considering it’s a fundamentally good screen as well, something that can’t be said of some ‘gaming’ monitors.

Interestingly, we got the same result whether the Game Mode was turned on or not, which shows that the S24D590PL’s Game Mode is less interested in reducing lag as it is its contrast boosting jiggery-pokery. Incidentally, we saw no difference in lag when switching from the ‘Faster’ to ‘Fastest’ response time setting, either, and it only went up by 0.5ms when we set it to Normal.

As for Samsung’s Game Mode, it works as advertised – it boosts contrast (its adjusts the gamma and various other factors) so you can see more ‘in the shadows’. Whether this is a good thing or not, however, is a deeply subjective topic. Our preference is always for a more ‘natural’ look and non-interference where it’s not needed, but if you’re an FPS gamer then you might find some benefit in competitive conditions. 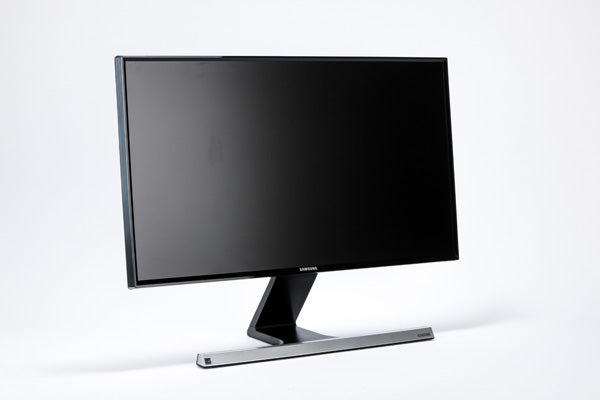 There are certainly far more reasons to do so than not. We have some reservations about the design and if gaming is your only concern then there are probably cheaper monitors with equally good gaming credentials, but the Samsung S24D590PL is an outstanding all-rounder.

Unlike most dedicated gaming monitors, it matches excellent responsiveness with genuine high image quality. That means it looks just as good when watching a film as it does playing a game. And while the ‘Game Mode’ won’t make you better, it might give you small boost in online matches.

If you’re not interested in games then the larger 27-inch BenQ GW2760HS is still worth considering – its outstanding contrast makes it great for films and it’s about the same price these days – but the Samsung S24D590PL remains a class act.

The Samsung S24D590PL is an excellent all-round monitor that’s just as good for gaming as it is for work and entertainment.

Next, read more monitor reviews or take a look at our best monitors round-up