Samsung generally prefers to stick to the mainstream segment of the laptop market and the R730-JA02UK we’re looking at today is a good example. It’s a 17.3in desktop replacement laptop that retails for around £480, making the Samsung R730 a potential option for anyone who wants a large, functional machine at a reasonable price. 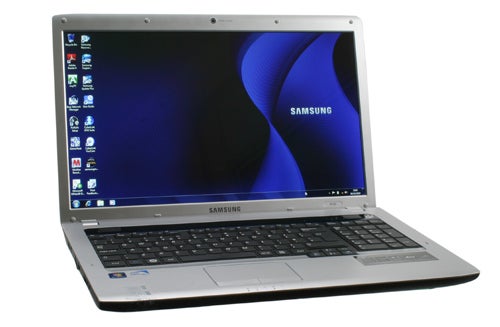 Despite measuring a sizeable 441mm across, the R730 weighs just 2.84kg, which is quite light for such a large machine. This is mostly because the R730 isn’t weighed down by too many advanced hardware parts, such as a discrete graphics card. As a consequence there’s plenty of open air inside the machine, so it rarely gets hot or noisy.


Of course it also means this is no gaming laptop, but we wouldn’t expect it to be at this price. Outside of 3D applications, however, it’s a decent performer. Its dual-core Intel Pentium T4200 processor ticks along at 2.1GHz and puts in a decent performance in our benchmarks. Provided you stick to fairly regular computing tasks it’ll cope easily, even extending to some video editing. 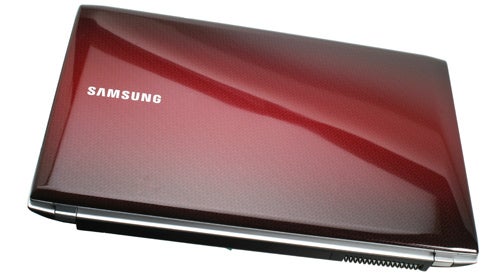 This CPU is backed by a plentiful 4GB of RAM, though the 32-bit version of Windows 7 Home Premium can’t use it all. These days it seems a bit thoughtless not to include a 64-bit OS, but that’s Samsung’s choice. A 320GB hard drive provides the storage, while Wireless-N Wi-Fi is included for wireless networking. There’s no Bluetooth, though, and Ethernet is of the slower 10/100 variety.


Connectivity is a little spartan for such a large machine. All the basics are there, including: HDMI and VGA for video; a memory card reader; audio jacks; and three USB ports, but there’s more than enough space to fit at least a fourth USB port on there. Being greedy we’d love an eSATA port, too, but it’s not something 90 per cent of users will miss. 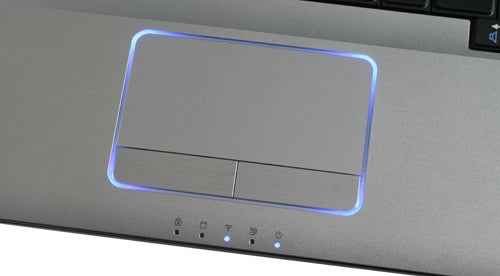 Aesthetically, the R730 is an odd mixture. We really like the lid, whose graduated, glossy red finish and imprinted patterns look really smart, but opening the machine reveals a machine a good deal less exciting. Its plain, matt silver finish will wear well, but it’s hardly exciting to look at. It’s also strange that the one piece of contrast, the glossy segment above the keyboard enclosing the speakers and power button, is deep blue rather than red like the lid.


It’s also interesting to note that the backlit ring around the touchpad is only lit in the corners, unlike the R620 and R522 before it that featured an even backlight all-round. It doesn’t look as good without it.

So the R730 is best described as functional, but for some that’s just fine and the R730 is both great to use and well-made. Decent quality plastics are used throughout and the chassis as a whole exudes assiduous workmanship.

Best of all, however, particularly if you find smaller laptops somewhat cramped, the R730 sports a roomy keyboard with a full number pad. Keys feel a little on the light side, but the feedback is crisp and positive and the layout is pretty much spot-on. Odd backlighting aside, the touchpad is very good, too. Its surface is large and smooth, while the two individual buttons (Samsung doesn’t use the sometimes unreliable rocker-style buttons) are snappy and receptive.


Another boon for usability is the screen. Its large 17.3in size certainly helps, but so does the 1,600 x 900 native resolution. It might not please the purists who demand a Full HD capable display, but for regular folk it provides a nice balance between readability and desktop real-estate – it’s certainly more comfortable to use than similar 1,366 x 768 resolution laptops. 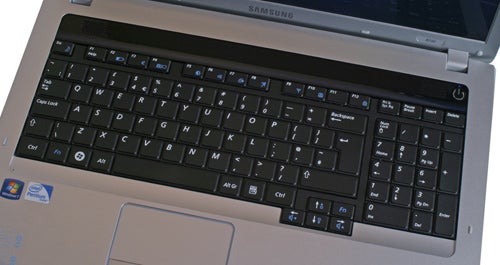 As for the screen’s quality, it’s about what you’d expect. Colours are quite nice, it’s bright and it’s sharp, but shallow viewing angles make it hard for more than a couple of people to view the screen at the same time.


One element of the R730 that really struggles is the speakers. It’s never been a Samsung speciality really, but the tinny, imprecise output of the R730 is spectacularly disappointing. Anything beyond an online video clip is best avoided. 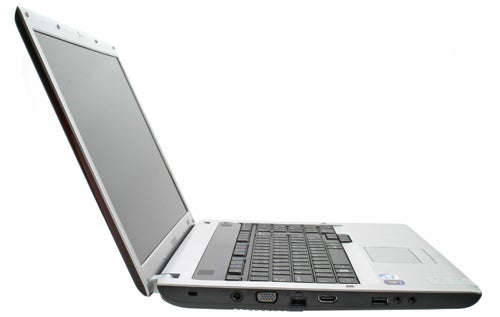 As ever, we tested battery life using Mobile Mark 2007. It’s not a key factor for a large laptop like this, but the R730 lasted over three hours in the Productivity benchmark and just short of two in the more intensive DVD playback test – both good results for this kind of laptop.


There’s nothing particularly outstanding about the Samsung R730, but it’s a solid, well-made machine that offers good value. Were it £30 or so cheaper it would score higher, but nonetheless it’s a decent entry-level option.

(centre)It’s no speed demon, but the Samsung R730 performs well and will cope with most computing tasks comfortably.(/centre)

(centre)Gaming is out of the question on the R730, unless you’re playing basic 2D/Flash-based games that don’t tax the integrated graphics.(/centre)

(centre)On such a large laptop battery life isn’t a massive concern, but the R730 does okay nonetheless.(/centre)