Despite being the HD standard now, adoption of Blu-ray on laptops is still far from ubiquitous. This is partly a cost concern, since Blu-ray drives still cost more than DVD, but also because most laptops are ill-equipped to take full advantage of high definition content due to small displays and resolutions. Samsung’s R620 (NP-R620-FS02UK) doesn’t eliminate all these issues, but its sub-£670 price could convince a few that a Blu-ray laptop is worth investing in.


While it’s always been possible to find affordable Blu-ray laptops, one normally paid the price in another respect by suffering a slow processor, poor graphics or some other inconvenience. On paper, at least, the R620 doesn’t fall into this trap. At its core is a more than capable Intel Core 2 Duo T6500 running at 2.1GHz, with 3GB of DDR2 RAM and a 512MB ATI Mobility Radeon HD 4330 in support. A 5,400rpm, 320GB hard drive provides ample storage capacity, while Wireless-N Wi-Fi and Gigabit Ethernet are also included. Only Bluetooth is missing, but the R620 is hardly alone in omitting it at this price-point.


Connectivity is also very good. There are four USB ports in total, one of which doubles as an eSATA port and another that offers ‘sleep & charge’ ability – an increasingly vital addition. These are joined by all the usual suspects, including: VGA, HDMI, Ethernet, headphone and microphone jacks, a 54mm ExpressCard slot and a 3-in-1 memory card reader. One could quibble about the lack of another audio output or a digital one at that, but for the most part the R620 ticks all the right boxes here. 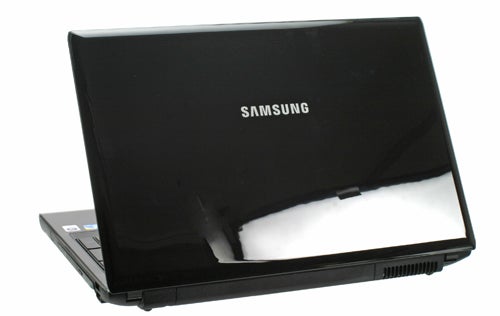 It’s not the most exciting piece of design, though. Samsung has always been overly fond of glossy black plastic and while the excellent R522 corrected its ways, the R620 returns to old habits. As such it is very vulnerable to scratches and fingerprints, though at least the matt black bezel of the display reduces the glare-factor somewhat. One nice touch retained from the R522, however, is the rather fetching ‘light ring’ around the touchpad that lights up blue when you use it. Aside from this, though, the R620 is a solid but rather underwhelming thing to behold.


Still, as we’ve already outlined, the R620 offers excellent bang for your buck, making any aesthetic considerations considerably less important. What’s probably more relevant is the build quality and ergonomics of this chassis, which are excellent. As a whole the system runs coolly and quietly, while the only build quality concern is the durability of its predominantly glossy finish. 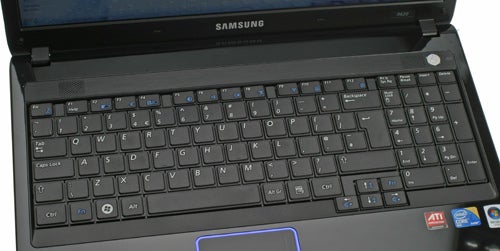 It’s the keyboard that really impresses, though. It has an excellent layout, with a full number pad giving the R620 proper desktop replacement credentials. We particularly like how there’s an ‘Fn’ key by the cursor keys, making it much easier to use the brightness and volume controls mapped to them. This logical layout is married to keys that despite feeling a little thin and light offer a deep, positive action, making this an excellent machine to work on. A well-positioned touchpad with responsive buttons completes the package nicely.

Given the price, we weren’t expecting particularly great things from the R620’s multimedia performance, but it did better than we imagined. Its 1,366 x 768 resolution display won’t quite do Full HD Blu-ray content justice, but we were pleasantly surprised by the detail and richness of colours produced by its 16:9 aspect frame. We’ve seen worse viewing angles on similar laptops, too, though they remain fairly limited compared to even a moderate desktop monitor.

It’s really audio where the R620 struggles; no surprise given Samsung’s poor track record in both laptops and TVs in this department. While just about passable for listening to video reviews from your favourite online review site (*wink*), films, music and other more demanding media aren’t done justice by the tinny, imprecise output. If audio quality is a particular concern for you you’ll want to look into the likes of the HP Pavilion dv6-1240ea which, while lacking a Blu-ray drive, has far superior integrated speakers.


Where raw performance is concerned, however, the two are hard to separate. Indeed, in PCMark Vantage the Samsung marginally bests the HP in most tests, though the difference is rarely enough to warrant any significant remark. Both, meanwhile, comfortably beat the AMD-based Acer Aspire 7535G in all the tests.

Gaming performance is also comparable. Though the ATI Mobility Radeon HD 4570 in the dv6 is definitely superior to the HD 4330 in the R620, the Samsung still managed a creditable 36.4 frames per second (around 5fps less than the HP) in ”Trackmania Nations” with medium detail and 4x anti-aliasing applied. Such performance means casual titles like The Sims, World of Warcraft and Spore should pose no significant problems, though the likes of Call of Duty 4 will ask a little too much.


While battery life isn’t a great concern for a machine weighing 2.75kg and measuring a considerable 381mm across, the R620 still offers enough to use it around the house. In the Productivity segment of MobileMark 2007 it managed a reasonable two hours and 40 minutes, just four minutes less than the HP. You won’t be watching too many films on battery, however, with just less than two hours of DVD playback at the screen’s maximum brightness. 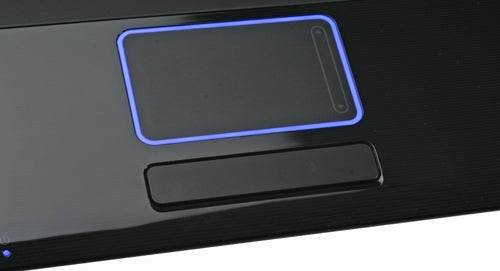 
There are some rough edges to the Samsung R620, particularly due its poor audio output, but with its Blu-ray drive, excellent balance of features and competent performance, it offers outstanding value if a Blu-ray laptop is high on your wish list. 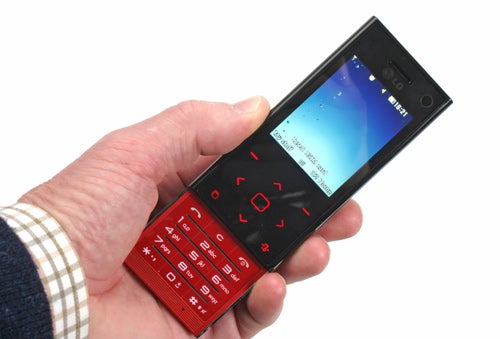 Though it outperforms the HP in most tests, the R620 performs very similarly to the dv6-1240ea. This means it can tackle a wide range of tasks, be it HD video, RAW image editing or basic productivity tasks.

Two hours and 40 minutes of multi-tasking is more than enough for a machine of this type.

Less than two hours of DVD playback on battery means you’ll want to be plugged in to watch most films.