We’ve been looking at quite a few ultra-portable laptops recently, like the 13.3in Toshiba Satellite Pro T130-15F and Award-winning Sony VAIO Y Series Y11M1E. But it’s in the budget 15-16in sector that most purchases are made, so today we’re checking out a very affordable entrant: the 15.6in Samsung R530-JA03UK. 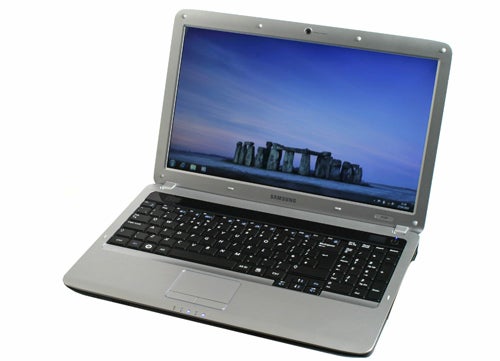 Coming in at less than £500, the R530 range is just a step below Samsung’s R580 line, where the last entrant we reviewed won one of our coveted Recommended Awards. Obviously, hardware specs are down a notch compared to that model, with a 2.2GHz Intel Core 2 Duo T6600 running the show. This CPU is getting rather long in the tooth, but should still be adequate for the average consumer’s needs.


It’s backed up by just 3GB of DDR2 RAM, which is less than we’re used to seeing on laptops these days but understandable given the price. Consequently it will come as no surprise that the R530 is rocking the 32-bit version of Windows 7 Home Premium. Graphics are handled by Intel’s GMA 4500M chipset, which again is acceptable for daily use but absolutely rubbish for gaming or 3D work. 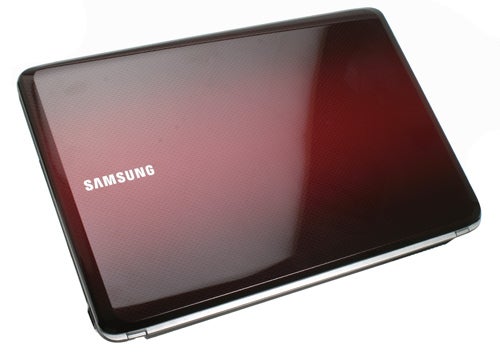 A 320GB, 5,400rpm hard drive is adequate for storage, while a simple DVD-Rewriter takes care of optical duties. Of course Wireless-N Wi-Fi is on-board, but Bluetooth is another budget casualty. Even Ethernet is not up to Gigabit standards, and you get a standard 0.3-megapixel webcam. In a nutshell this Samsung can be summed up as functional, offering the basics but nothing more – and for many users that’s just fine.


Connectivity is suitably low-key to match: four USB 2.0 ports, a memory card reader, VGA and HDMI outputs for video, headphone plus microphone jacks and an Ethernet port are hardly going to set the world on fire, but cover the basics well enough.

As if to make up for it, the design seeks to offer something a little exciting, with a patterned lid sporting an attractive combination of red and black. Unfortunately it’s as glossy as ever, so fingerprints, smears and dust will be a problem. While we’re not expecting brushed metal lids like on Acer’s Timeline range (though we can but hope), many laptop manufacturers could do worse than taking a leaf out of Sony’s book here and offering a matt overall finish like on the VAIO Y Series.


At least Samsung hasn’t gone Toshiba’s route of glossy insides. The bezel is plain silver, while the keyboard surround is imitation brushed metal, which provides a pleasant surface to rest your palms on while typing. We would have liked a little more consistency, but as a whole the R530’s looks are nothing to be ashamed of.

Overall build quality on Samsung’s R530 is decent enough. There’s just a hint of creak and unwanted flex, but certainly nothing to cause alarm. It should stand up well to daily use.

Though it feels slightly slippery and a tad cheap, the recessed keyboard is mostly a pleasure to type on. The tile-style keys offer crisp feedback with a decent amount of travel, and the layout is truly excellent, with everything where you’d expect it to be. There’s a full number pad, too, which is a useful addition for day-to-day use.


One feature that distinguishes Samsung laptop keyboards over the competition is that they include a secondary Fn key near the volume and brightness controls on its directional pad, uniquely allowing for one-handed adjustments. It might be a small detail, but the added convenience can be significant.

Below this, the touchpad is outlined by a thin blue LED frame, allowing for visibility in a dark environment and adding a nice style touch. Though again, while this blue lighting matches the power button’s tiny blue LED, it’s rather inconsistent with the R530’s red lid.


Much like the keyboard, there’s little to dislike about the multi-touch touchpad. In general use it is responsive and its smooth surface quite pleasant, while the well-placed buttons below it offer good, if noisy, feedback. The pad is perhaps a little on the small side to get the full benefits of multi-touch and doesn’t always respond to more complex gestures like image-rotate, but it’s certainly adequate for things like pinch-to-zoom. 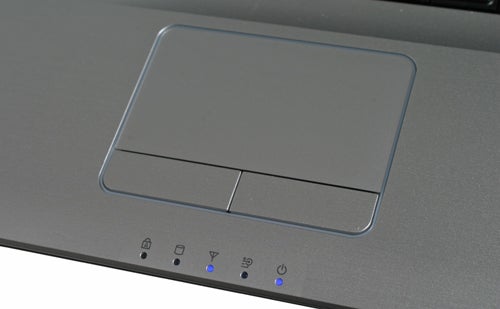 Getting onto audio, we’re back to average. Despite their SRS Surround processing, the 1.5W speakers don’t hold up to close scrutiny: their maximum volume level isn’t impressive yet still prone to distortion, while mid-tones lack clarity and bass is conspicuous only by its absence. They’re not bad as such but you’re better off using respectable headphones.


Unfortunately the R530’s 15.6in, 1,366 x 768 (HD Ready) screen features the same glossy finish that adorns most laptop displays, causing occasionally distracting reflections in well-lit environments. Also like most competitors, colours aren’t particularly accurate and greyscale performance is poor, and due to strong vertical contrast shift will depend very much on the extent to which you tilt the screen.


When tilted at the right angle, though, you’ll be able to see quite a bit of detail in dark films – especially since the horizontal viewing angles are good by budget laptop standards, further aided by a lack of backlight bleed. We had no problems reading even small text thanks to its excellent sharpness, which was also borne out by plenty of detail in HD video.

Despite this the R530-JA03UK is capable of handling everything the average consumer might throw its way, but then so is the dual-core Pentium T4400 (also running at 2.2GHz) found in Samsung’s otherwise identical JA08UK, which is available for significantly around £50 less.


Alternatively, there’s also the more expensive Core i3-330M version of this laptop to consider, which still costs less than £500. Though users who need the extra processing power will likely want more than 3GB of RAM too, a Core i3 processor offers a decent speed bump for the money and thus makes the Core 2 option look singularly unattractive.


As ever with Intel’s integrated graphics, 3D gaming is pretty much out of the question – as evidenced by the usual unplayable frame rates in TrackMania Nations Forever. You can still offload HD video decoding to the graphics under Windows 7, however, so it’s not totally useless!

Moreover, while the dedicated graphics of the other machines listed here allow for superior graphics performance, Intel’s integrated graphics are far more frugal; as witnessed in our battery benchmarks.


Here the R530’s 4,000mAh (44Watt-hour) battery will comfortably see you through 143 minutes (2hrs, 23mins) of DVD-viewing or 229 minutes (3hrs, 49mins) of productivity with wireless radios turned off. Considering the screen is useable at lower brightness settings than 40 per cent, it’s conceivable to squeeze out four hours or more.

This is promising, but on the whole these results are nothing special compared to other, similarly-sized laptops with integrated graphics. As such it only does a little to alleviate the R530’s otherwise average performance. It also doesn’t compare all that well with other laptops out there, as there are plenty of competing machines that offer superior specs


With its R530 range, Samsung offers the bare minimum required in a decent laptop, which in turn allows it to reach some fairly aggressive price points while maintaining good ergonomics. Unfortunately for the Core 2 Duo-based JA03UK model under review, it’s not the best value option in the range and doesn’t compare favourably to some competing offerings either. 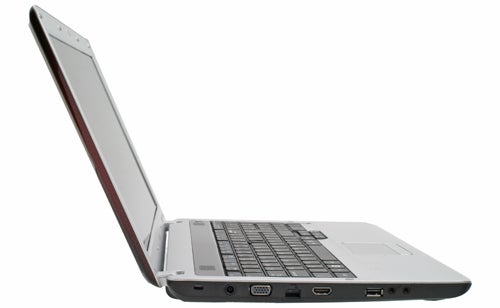 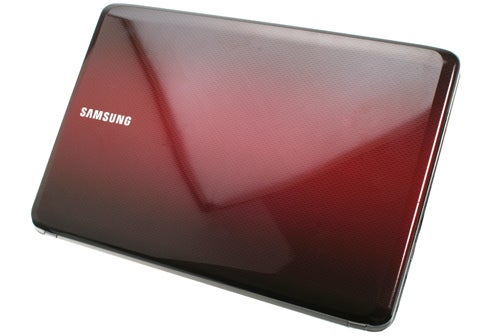 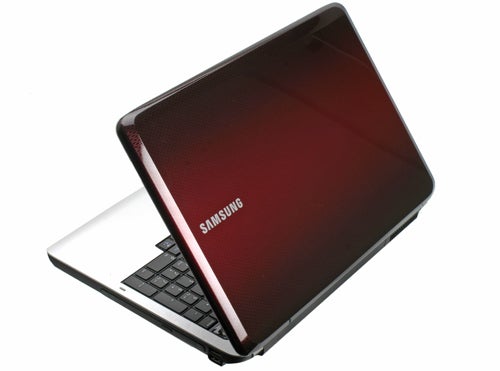 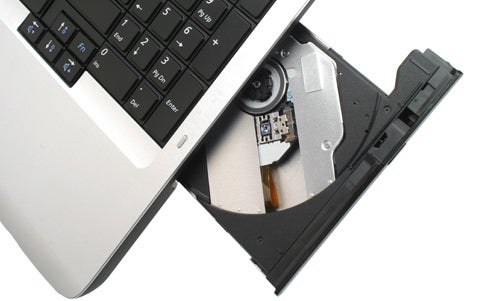