Thanks to its big recent price cut and a mostly excellent picture performance that sells the advantages of 8K even on a 65-inch screen, the Samsung QE65Q800T suddenly and impressively brings the 8K future into something at least approaching the mainstream.

But the point does stand, making the QE65Q800T quite a landmark on 8K’s road to mainstream acceptance. Especially as the QE65Q800T’s affordability doesn’t stop its performance from making another convincing case for 8K’s nascent charms.

The first thing I noticed about the Samsung Q800T’s design was something it doesn’t have: one of the external One Connect boxes that usually accompany premium Samsung TVs. While this obviously means the QE65Q800T will potentially have lots of cables spewing out of it, though, it’s still a good looking hunk of TV.

The angled back, solid metal stand looks cool and, since it’s centrally mounted, lets you place the 65-inch screen on a relatively narrow bit of furniture. The frame around the screen is so narrow you barely notice it – except for when you’re marveling at how narrow it is! 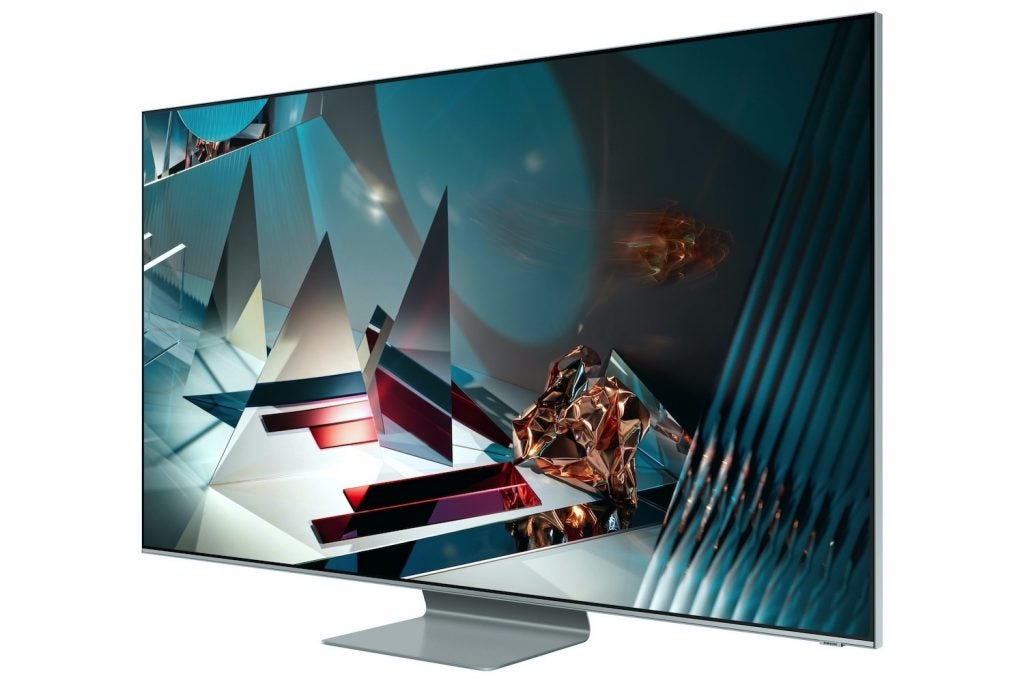 The set is fairly chunky round the back. A result, most likely, of its uses of direct LED lighting, where the LEDs sit right behind the screen. But it actually makes a design virtue out of its depth by making the rear as flat as the screen is.

The QE65Q800T ships with two remotes: a standard plastic, button-filled one, and a much sleeker metallic smart remote with a voice mic and a stripped down button count. Both are effective in their own different ways.

The Samsung Q800T’s headline grabbing feature is its 8K resolution. Some still see this as a solution to a problem that doesn’t exist given that native 8K video content is still as rare as hen’s teeth. But there is at least increasing talk of 8K content coming and, more importantly right now, the QE65Q800T deploys new AI/deep learning techniques that let it upscale sub-8K content so that it doesn’t just look as good as native 4K, but actually better.

While this number of dimming zones is impressive in the context of the TV world at large, Samsung’s previous 8K TVs – and previous flagship 4K TVs – have used more than twice as many.

Compensation for the reduced zone count comes in the form of a new power management system that can shift power from dark areas (making them darker), and pump it into bright areas (making them brighter). So hopefully even though the QE65Q800T can hit very high 2000-nit peaks with HDR sources, it’ll still be able to combine this brightness with deep black tones that remain reasonably free of the sort of ‘blooming’ clouds FALD panels can exhibit. 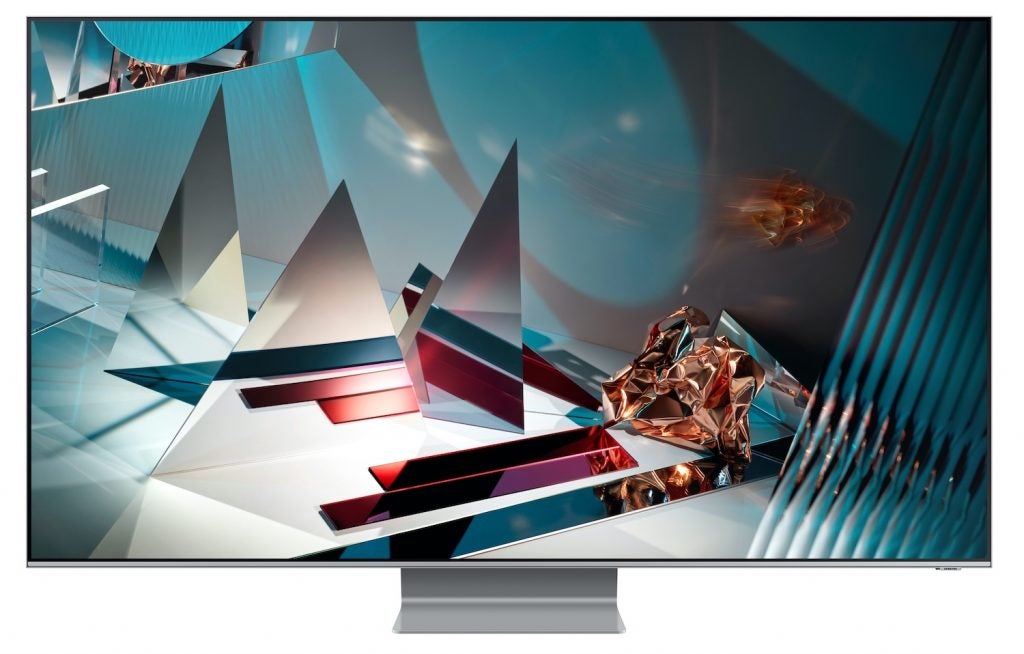 Smart features are provided by Samsung’s own Tizen-based Eden system. This is excellent in terms of both its presentation and the amount of apps and, especially, video streaming services it covers. All the big hitters are there, including the relatively recent Disney+ and Apple TV apps – and all support 4K and HDR where available.

Samsung still doesn’t carry the Freeview Play app for bringing UK terrestrial broadcaster catch up services into one easy to navigate place. But it does cover all the key UK apps individually.

The Samsung Q800T carries a less aggressive version of the wide viewing angle technology Samsung introduced in 2019. This doesn’t deliver as expansive effective viewing angles, but reduces the reduction in resolution the technology caused last year.

The QE65Q800T’s affordability by 8K standards hasn’t compromised its connections. There are still four HDMIs, three USBs and the usual Bluetooth/Wi-Fi wireless options. With the Xbox Series X and PS5 round the corner, it’s also good to find one of the HDMIs able to handle 4K at 120Hz and variable refresh rates – as well as 8K at 60Hz. Though it’s a shame that at least one other HDMI isn’t equally well specified.

As well as the VRR and 4K/120Hz support, the QE65Q800T caters for gamers with a class-leadingly low input lag figure of barely 10ms in its Game mode; automatic low latency mode switching when a game source is detected; a special motion processor for games that reduces judder without heavily increasing input lag; and a mode that can brighten dark picture areas without impacting the rest, to help you spot enemies lurking in the shadows. 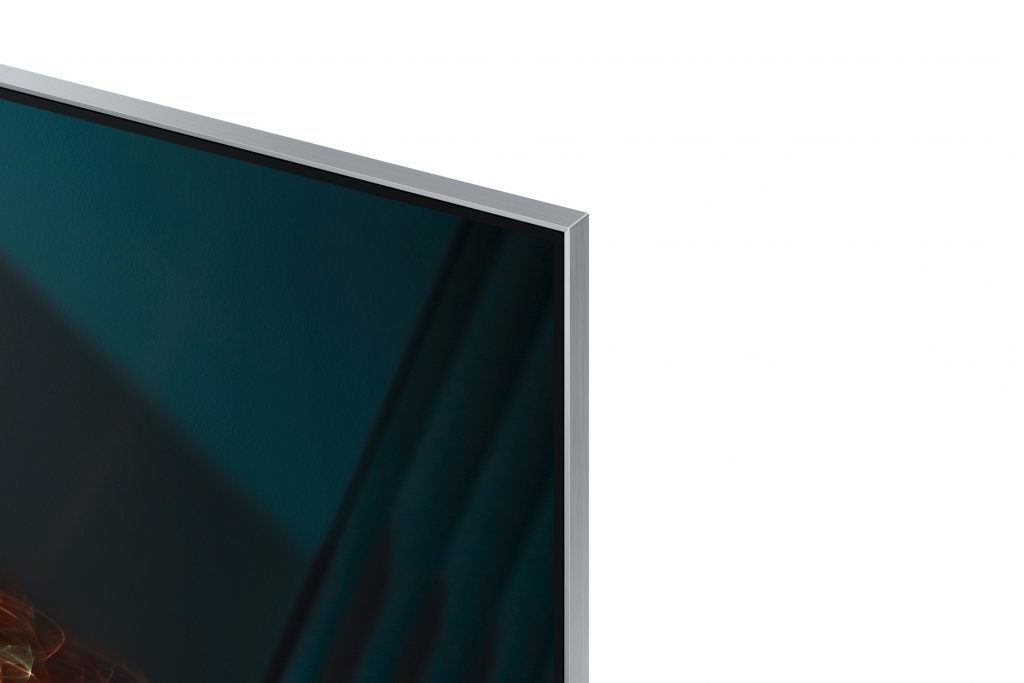 Samsung has designed a substantially upgraded sound system for the Q800T range. Called Object Tracking Sound, the version on the 65Q800T uses speakers built into all four of its edges to deliver a 4.2.2 configuration. The result should be more detail and precision, as well as sound effects that appear to becoming from specific onscreen locations.

When it comes, finally, to HDR support, the 65Q800T handles HDR10, HLG and HDR10+. As with all Samsung TVs it doesn’t support Dolby Vision.

The Samsung Q800T delivers on its 8K promise more fulsomely than its 2019 predecessors. With native 8K imagery – predominantly a showreel of nature content mastered in HDR by renowned AV experts Spears & Munsil – the 8K effect is mesmerising.

Even though this is only a 65-inch screen where 8K’s impact can be assumed to be reduced versus much larger screens, there’s a profound sense of immediacy and realism to much of the 8K footage that goes beyond the ‘feel’ you get from the same footage on a 4K screen. Even when watching from a pretty regular viewing distance.

You lose all sense of image structure, for instance, even around curved or diagonal object edges, and the sense of depth in ‘view’ shots is remarkable.

Even more importantly given the current content situation, the Samsung Q800T not only doesn’t mess 4K sources up when upscaling them to 8K, but actually makes them look better. Textures and details are enhanced without also exaggerating source noise or grain, and the results don’t look processed or artificial.

Related: Why BT Sport and Samsung are betting big on 8K 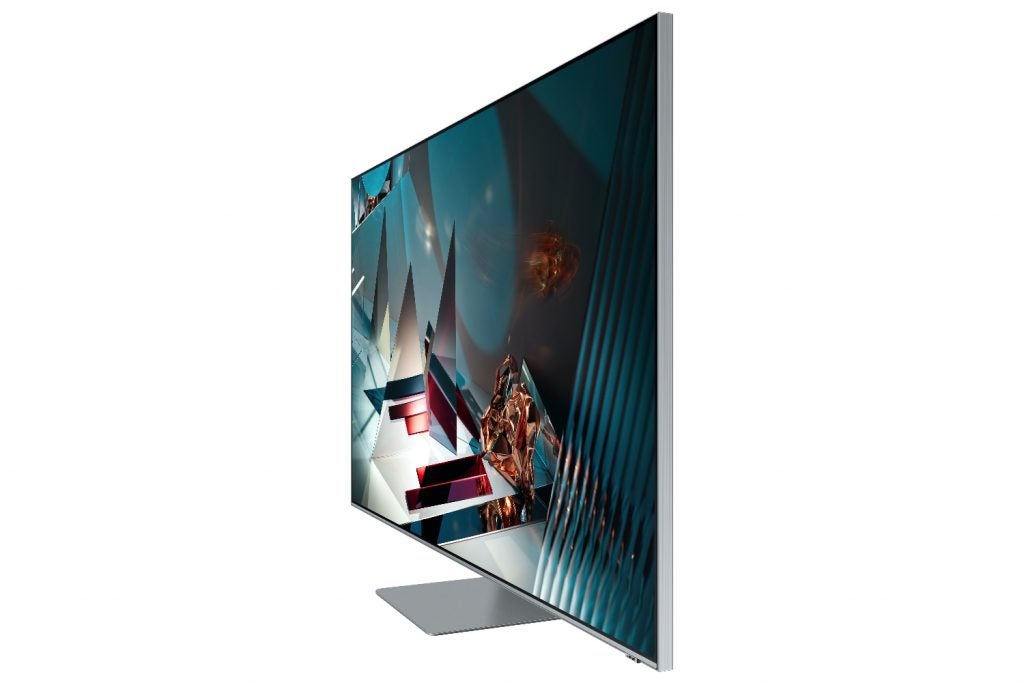 This is key, since it gives you a reason to think about buying an 8K TV – especially an 8K TV which, like this one, doesn’t cost much more than a good 4K one beyond mere future proofing.

The Samsung Q800T’s handling of dark scenes is also remarkable. Black colours typically look so dark and rich that it’s hard to believe you’re watching an LCD TV rather than an OLED. Except that Samsung’s set can deliver HDR pictures much more brightly than any current OLED screens.

Plenty of detail is typically retained in dark areas, too, despite the amount of backlight manipulation that’s going on to deliver such rich black colours. And even more surprisingly, where bright objects appear against very dark backdrops, it’s hard to spot much evidence of light blooming around the bright objects. Despite the relatively low (versus Samsung’s other 8K ranges) number of local dimming zones.

Motion is handled well if you choose the Custom mode for Samsung’s motion processing and keep the dejudder and deblur elements to level three or four.

You can watch the picture from slightly wider angles than normal LCD TVs without it losing colour and contrast, and the screen also soaks up ambient light and room reflections unusually well.

There are, though, a couple of issues with the QE65Q800T’s pictures that are significant enough to cost it a mark. First, to avoid backlight blooming around stand-out bright objects, the set opts to dim these small bright objects down quite heavily. Heavily enough for the process to be quite distracting at times. This may be where the impact of the reduced dimming zone count kicks in. 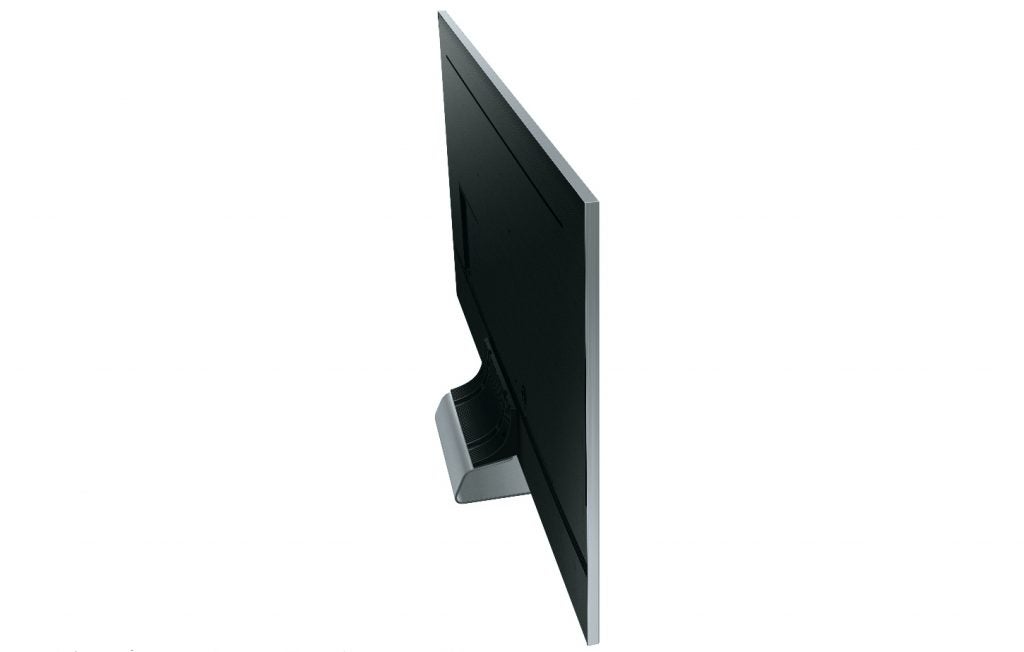 Second, colours are a little less well saturated than they were on some of Samsung’s 2019 TVs, including the flagship Q90R 4K model.

One other issue worth noting is that the Game preset compromises the TV’s backlight management quite noticeably, reducing black levels and backlight uniformity.

The Samsung Q800T’s Object Tracking Sound system works brilliantly. Particularly impressive is how successfully it matches where sound effects appear to be coming from to the onscreen (and, actually, offscreen) action. If a car crosses the screen, its sound crosses the screen too. Or if a plane swoops up out of shot, the sound tracks its trajectory for at least some way beyond the screen’s top edge.

The sound has more forward push than Samsung TVs of old, too, giving it more room-filling impact and directness. Finally, the dynamic range is impressive, as nice meaty bass rounds out a clean, open mid-range that provides plenty of breathing room for action movie soundtracks to swell and ebb.

Should you buy the Samsung QE65Q800T?

The Samsung Q800T is worthy of any premium TV buyers’ attention. It delivers visible benefits from its 8K resolution with both native 4K and 8K content, combined with some of the best black levels seen on an LCD TV. It’s bright enough to make HDR look exhilarating, too, and combats ambient light exceptionally well.

For most of the time, though, the Samsung QE65Q800T’s pictures really are pretty gorgeous – and the new OTS+ sound system keeps the pretty pictures company with impressive amounts of power and detail.