Impressive and innovative though many aspects of Samsung’s Smart TV platform might be, though, the Samsung PS64F8500’s main event has to be its unexpectedly sensational picture quality – in particular its groundbreaking contrast. This finds the huge panel at the TV’s heart able to pump out the brightest, most dynamic images we’ve seen from a plasma TV, while simultaneously producing black colours with a richness and depth that’s streets ahead of anything Samsung has managed before.

In fact, let’s be quite clear about this: the Samsung PS64F8500’s black level response is so good it finally puts Samsung in the same league in this key picture quality respect as Panasonic. And you can’t say fairer than that. We’d even go so far as to say, in terms of sheer dynamism, that the PS64F8500’s pictures go beyond those found on the recently tested and totally brilliant Panasonic P42GT60. 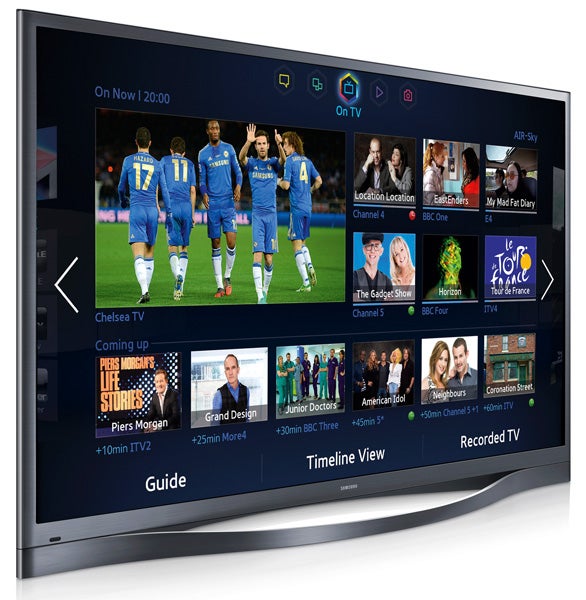 
The Samsung PS64F85000’s pictures also excel with their sharpness and detailing. In fact, using the (generally rather over-cooked) factory picture presets HD material tends to look a bit too sharp, to the point where the image can start to be plagued by dot crawl and over-stressy edges. It’s only a few seconds work, though, to sort this initial harshness out – simply nudging down the sharpness setting should do it. And once you’ve reached the point where the fizzing sensation stops you’ve still got a gorgeously textured and crisp image.

The processing engine is good enough, meanwhile, to deliver standard definition sources with a greater sense of sharpness than you would expect to see on a 64-inch TV. This extra sharpness isn’t accompanied by the sort of exaggeration of source noise we might have expected to see – especially on such a monumentally large screen.

Not that we’d be particularly worried if the Samsung PS64F8500 was only an average standard def performer, to be honest. For with its access to multiple HD streaming platforms, built-in Freeview and Freesat HD tuners and the wide and affordable availability of Blu-rays, it’s hard to imagine anyone who buys this set using it for standard def viewing in anything but the rarest of circumstances.


Another major area of improvement in the PS64F8500 versus previous Samsung plasma generations is its motion handling. In both 2D and 3D mode we really enjoyed how little resolution loss and judder we spotted, even during fast camera pans. The only rider to this is that you arguably need to use at least the lowest level of Samsung’s motion processing tools to get a really smooth 3D performance, but this processing can occasionally generate a few momentary side effects, such as shimmering around large moving objects, or the occasional panning twitch.

It’s worth stressing here, though, that possibly because the this set sees Samsung shifting over to a quad-core processing system, the motion processing on show with this flagship plasma set is far more clean and watchable than any previous Samsung engine.


The Samsung PS64F8500 even excels with its colour response. Initially tones look a bit over-aggressive thanks to Samsung’s typically over-bright, over-contrasty picture presets. But the set has more than enough picture adjustment tools – including full colour and gamma management suites – to let you to get colours looking exactly as your own tastes, or your preferred industry video standard, dictates. 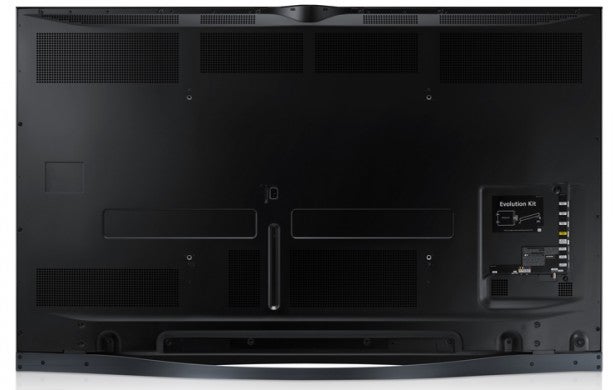 While 2D pictures look spectacular on the Samsung PS64F8500, it’s arguably 3D that benefits most from Samsung’s new-found plasma prowess. It’s far brighter than your average plasma screen and this works wonders when it comes to combating the inevitable brightness reduction you get when you don a pair of active 3D shutter glasses.

As well as helping 3D images look more vibrant, colourful and punchy than they ever have before on a plasma TV, the extra dynamic range of the
Samsung PS64F8500’s 3D picture really helps when it comes to the TV portraying a deep, consistent and convincing sense of space, as it becomes easier to see the subtle background ‘markers’ that images use to help delineate their 3D space.

Motion looks far better in 3D than it ever has before on a Samsung plasma TV, and detail levels are immense, reminding you in no uncertain terms of active 3D’s resolution advantage – especially when it comes to delivering 3D on a TV as big as 64-inch.

We couldn’t help but wonder after experiencing the Samsung PS64F8500’s picture glories just how Samsung had managed to bring its plasma performance on so far from its 2012 range. So we pestered the brand into providing us with a little insight. Arguably the most significant innovation has seen Samsung make the panel’s discharge space bigger, which immediately improves the screen’s luminance output. This first step has then been bolstered by the use of a new, more efficient discharge gas and a shift to the efficiency of Magnesium Oxide for the panel’s key conduction materials.

As for improving the Samsung PS64F8500 black level performance at the same
time as drastically improving brightness, the main advances are a better
Real Black Pro Filter (which soaks up more ambient light), speedier
processing that enables the panel to hit its maximum brightness levels
faster, and a new discharge waveform for boosting contrast.

Used as the main TV for the review period
Tested for more than a week
Tested using industry calibrated tools, discs and with real world use
Tested with broadcast content (HD/SD), video streams and demo discs
Previous
Samsung PS64F8500 Review Next
Picture Quality and Conclusions Review