Samsung isn’t releasing as many plasma TVs in 2013 as it has in previous years, but that doesn’t mean the brand is giving up on the technology. On the contrary, with the Samsung PS51F8500 it’s delivered far and away its most advanced plasma panel to date.

Among the key improvements are a new filtering system that prevents both the screen’s front and the plasma cells behind it from being affected by ambient light in your room; a faster panel response time to aid the delivery of punchier peak whites and more vibrant colours; faster cell discharging so the panel can reach deeper black colours; and a reduction in the inter-cell ‘ribbing’, so that more of the screen real estate can be given over to luminance from the cells.

It’s customary, of course, for electronics brands to like talking up technological improvements that might actually pretty minor in their effect on performance quality. But in the Samsung PS51F8500’s case, the efforts of Samsung’s R&D department have delivered a really step forward. So much so that it quickly convinces us that there’s finally a true rival for Panasonic’s long dominance of the high-end plasma TV market. 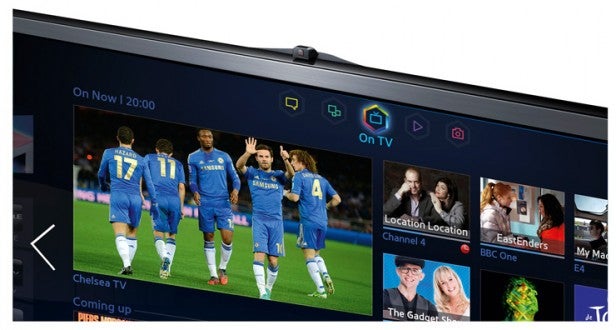 Two things in particular make the PS51F8500 a hugely appealing TV. First, it pumps out levels of brightness and colour ‘pop’ that we’ve never witnessed before on a large plasma TV. This is an immensely significant development, of course, since it counteracts what’s long been the single greatest weakness of plasma technology when considered against LCD.

To put this another way, Samsung being able to eke out so much brightness from the Samsung PS51F8500 makes it a plasma screen for anyone, rather than just something reserved for movie fans happy to dim their room lighting whenever they’re using their TV seriously.

Conversely, though, the Samsung PS51F8500’s unprecedented brightness doesn’t stop it from also being a cracking option for serious movie fans. That’s because of outstanding black level response that’s miles ahead of anything Samsung has achieved with its previous plasma generations, and which gets it very close indeed to the black level quality of Panasonic’s latest high-end plasmas, like the Panasonic TX-P50VT65.

There’s a fraction more greyness to the Samsung’s presentation of the blackest image segments than you see with Panasonic’s new VT65 series. But the difference is minor enough to feel like a very easy compromise to make if you’re after a TV to go into a generally bright environment.

It should be stressed before looking at other elements of the PS51F8500’s picture quality that the extreme range the screen can deliver between its peak whites and deepest blacks can be experienced within a single high-contrast image, thanks to the way each pixel in a plasma TV delivers (more or less) its own independent level of luminance. 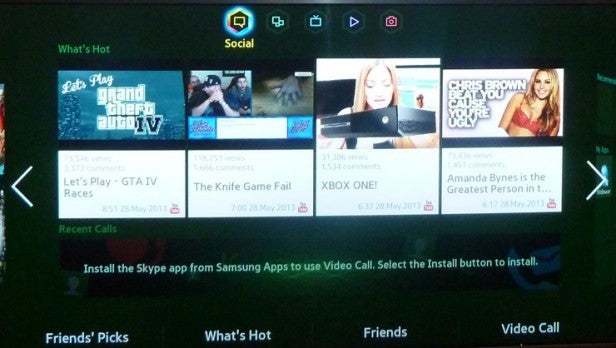 This fact means, too, that as well as pictures looking unprecedentedly dynamic for a plasma TV, you also get to enjoy levels of shadow detail during bright scenes that you just don’t see with LCD technology.

Shadow detailing isn’t the only subtlety that survives Samsung’s new push for dynamism either. Colours are also reproduced with an outstanding among of blend and tone subtlety, despite the fact that they’re being delivered with so much vibrancy and brightness.

This colour subtlety joins with the shadow detail and a typically aggressive Samsung approach to sharpness and detailing in ensuring that the Samsung PS51F8500’s HD pictures look spectacularly crisp.

The PS51F8500’s freedom from the motion blurring problem associated with
rival LCD tech further boosts the impression of sharpness, and it’s
worth reminding you too of plasma’s advantage over LCD when it comes to
effective viewing angles.

Used as the main TV for the review period
Tested for more than a week
Tested using industry calibrated tools, discs and with real world use
Tested with broadcast content (HD/SD), video streams and demo discs
Previous
Samsung PS51F8500 Review Next
Performance and Conclusions Review