Before we get into the nitty-gritty of the PS51F5500’s pictures, now is as good a time as any to compare to the Samsung PS51F8500 – the next step up in the Samsung’s plasma range that costs a considerable £1,000 more.

Unsurprisingly, the PS51F5500 doesn’t use the same level of plasma panel technology as its flagship sibling. In particular it lacks both the ‘Super Contrast’ and ‘Real Black Pro’ features that help the F8500 models push Panasonic’s plasmas mighty hard where black level response is concerned this year. It does, though, still retain Samsung’s Clear Image status, meaning it doesn’t suffer with plasma’s usual dual imaging issues if you watch it from the sides.

Its use of a significantly less ‘high end’ panel predictably means the PS51F5500’s performance falls some way short of that of the F8500 plasma series. But crucially this certainly does not mean that the PS51F5500 doesn’t deliver excellent pictures for its money, overall. 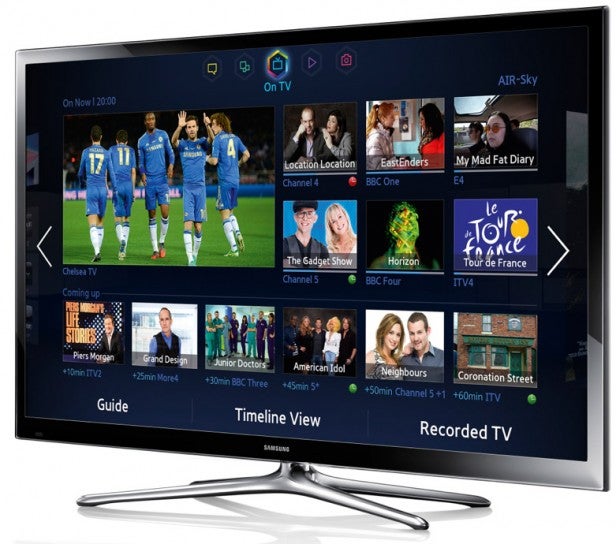 As usual with plasma, the highlight is the black level depth the screen
can reach. There’s only the faintest trace of the sort of grey clouding
over black areas of the picture that are still very common with rival
LCD TVs and less able plasma TVs. Samsung’s F8500 plasmas can deliver
even deeper blacks, we should stress, as can the likes of the Panasonic TX-P42GT60 and any Panasonic set from the ST60 upwards. But we’re seriously struggling to think of another TV at
the PS51F5500’s price level that can compete in this most important of
picture quality areas.

It’s not just the depth of the black level response that impresses, either. As we’d hope to see with plasma, where each pixel is self-illuminating, the Samsung PS51F5500 manages to deliver exceptional amounts of shadow detail in dark areas that ensures even the darkest parts of the picture retain a sense of depth consistent with the rest of the image. This is another way in which the PS51F5500 outperforms LCD technology.

Also hugely welcome is the consistency of the PS51F5500’s black levels right across the screen. There are none of the cloudy patches of extra brightness often witnessed with LCD TVs. Plus, of course, since this is plasma technology, you can watch it from much wider viewing angles without contrast deteriorating than is the case with LCD screens.

Strong black level performances tend to be accompanied by natural and dynamic colours, and that is the case with the Samsung PS51F5500, too. When watching HD we were extremely impressed by not only the dynamism of the colour palette on show, but also by the subtlety with which the screen is able to render small tonal shifts. This is especially obvious/appreciated with skin tones, which look superbly natural at all times, even during dark scenes.

Sharpness & Motion Handling
The PS51F5500’s HD pictures impress, too, with their sharpness. Even while using the Movie preset, which sets the picture’s sharpness to just 20, pictures look extremely detailed, crisp and textured. Yet crucially, so long as you don’t try and push Sharpness beyond its 50 setting, this excellent detailing isn’t joined by excessive dot crawl, grain or stressy edging. 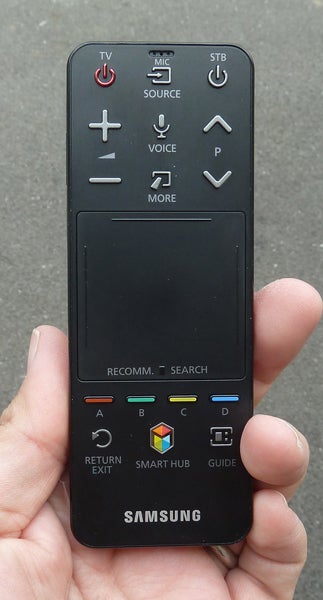 Also great from a resolution point of view is the PS51F5500’s handling of motion. For as well as it almost completely avoiding the smearing and resolution loss you get with most LCD TVs, the set’s Cinema Smooth film mode does a startlingly good job of removing judder with Blu-rays without generating unwanted processing side effects or leaving the picture looking unnaturally fluid.

We were also very pleased to see motion suffering no evidence of either the dot fizzing noise or double edging that are still issues on Panasonic’s plasmas (unless you’re very careful with their motion processing, at any rate).

Also positive is the way the PS51F5500 suffers less with the green dithering noise in dark areas, which was pretty much my only issue with the F8500 plasmas.

We should stress, however, that the reason for this dithering on the F8500 was that it was driving its panel extremely hard in order to deliver hitherto unprecedented levels of brightness for plasma technology. So you might guess from the PS51F5500’s relative lack of this dithering that its pictures aren’t nearly as bright as those of the F8500s, and you’d be right. Before anyone gets too disconsolate about this, though, they’re still bright enough to be more than satisfactory in an averagely bright room.

Weaknesses
The Samsung PS51F5500’s 2D pictures do exhibit a couple of niggles, though.

First, the screen is a little reflective, which makes ill-suited to any room where it’s likely to face a window – unless it’s completely blacked out, that is. Second, the set’s upscaling doesn’t deal with poor quality,
compression-heavy standard definition sources as well as we’d have
liked, thanks predominantly to the way colours look less natural in
standard definition mode than they do with HD.

This latter
problem is common with flat TVs, though, and in any case it’s so easy to
live these days on a diet of predominantly HD fare that we don’t
consider standard def fragility a big deal.