You know how Spinal Tap’s Marshall amps go to 11? Well, Samsung’s PS51D6900 TV goes to 51. As in, 51 inches – a whole inch more than the 50in screens we usually see. Achieved by shrinking back the screen’s bezel slightly on all sides, the extra inch is, of course, arguably more of a gimmick than something that will revolutionise your viewing experience. But heck – it’s got us talking about it. And if nothing else it reveals that Samsung’s plasma department hasn’t just been sitting on its hands while all the brand’s R&D budget is blown on the LCD side of its business.

Despite the shrunken bezel, it’s clear right away that the PS51D6900 hasn’t achieved the ‘no bezel’ design that’s distinguished Samsung’s D7000 and D8000 edge LED TVs this year. But the PS51D6900 is still a very attractive TV by plasma standards, with its highly polished smokey grey finish and still narrow bezel being offset very nicely by a little transparent trim extending beyond the TV’s edges. 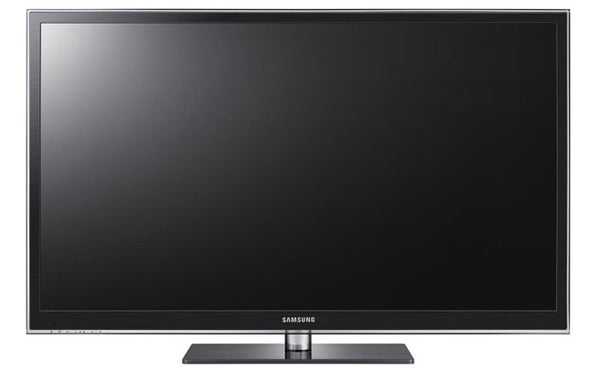 Considering it’s a 51in TV we’ve seen selling for under £1000, the PS51D6900 is amazingly well specified. Starting with its basic screen technology, it’s a full HD plasma screen with active 3D technology built in. It doesn’t have one of Samsung’s Real Black filters; you need to step up to the brand’s D8000 plasma sets for one of those. But you do get a pair of 3D glasses thrown in, which is more than Panasonic manages with its otherwise superb P50GT30 50in 3D plasma.

The PS51D6900’s connectivity is very comprehensive, meanwhile. Among the highlights are four v1.4 (3D-capable) HDMI inputs, a pair of USB inputs, and, rather excellently for the TV’s price level, built-in wi-fi – though obviously there’s also a LAN port if your household isn’t set up for wi-fi.

The USBs can be used for recording from the Freeview HD tuner to USB HDDs as well as playing back photo, music and video files from USB storage devices. And the wi-fi/LAN connections let you either stream in files from DLNA PCs or access Samsung’s 2011 Smart TV system. 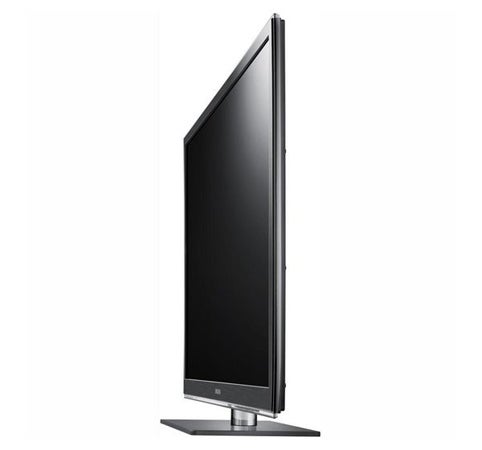 If you’ve read our reviews of Samsung’s UE40D7000 and UE55D8000 LED TVs, you’ll know that this latest Smart TV system is a striking improvement over Samsung’s previous Internet@TV online service. For a start, it introduces a bold and rather brilliant new interface, dubbed the Smart Hub, which is effectively a comprehensive but beautifully and intuitively designed source portal, providing one click access to all your AV inputs, multimedia files and Samsung’s latest suite of online features.

These online features have grown considerably from last year’s, especially when it comes to the amount of ‘apps’ you can download. We won’t go into all the apps available here – there are, after all, more than 40, with more coming online all the time – but we should definitely note the highlights, namely: Love Film, the BBC iPlayer, the AceTrax film rental/buy service, Facebook, Twitter, YouTube, and a brand new Samsung 3D server.

The PS51D6900’s 3D Smart TV service is the first online 3D delivery system we’ve seen, and it makes a lot of sense given that 3D content in general is still rather limited. That said, even with our 5MB broadband connection we suffered with frequent stuttering when trying to downstream the service’s 3D content, and the content available on the service is currently rather limited. There were a trio of documentaries at the time of writing, a selection of not particularly high profile music videos, a few film trailers, and some kid’s shows. We didn’t check out all the kid’s shows, though, for the simple reason that many of them appeared to be Korean in origin.

Doubtless the 3D offerings will expand over time though, given the Smart TV’s cloud-based approach. And we’ve heard that Channel Five’s Demand 5 catch up service is due to join the other video services soon.

The only issues we’d have with Smart TV as found on the PS51D6900 would be that some, even many of the apps currently available are rather pointless, and that unlike Samsung’s D7000 and D8000 LED models, the PS51D6900 doesn’t have either a built-in open Internet browser or Skype support. 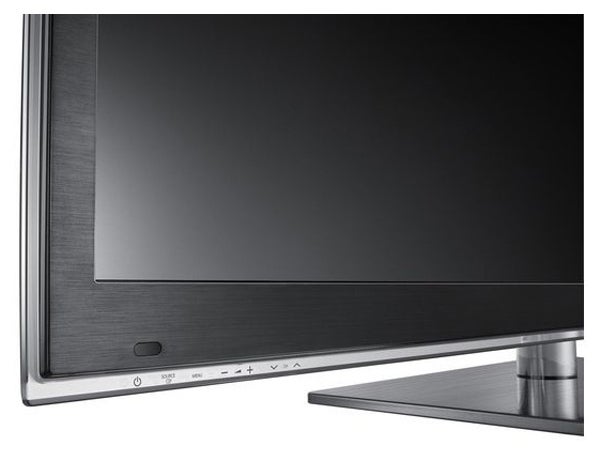 Shifting our attentions away from the new Smart Hub, tucked away within a separate but still attractive suite of set up menus are a long list of features and adjustments. For instance, there’s a degree of colour management; white balance fine tuning including the comprehensive 10-point calibration system; and an option for tweaking the plasma cell brightness level that exists separately to a general brightness adjustment.

We were also pleased to find how much flexibility Samsung allows when it comes to adjusting the strength and focus of the PS51D6900’s numerous processing tools, such as those devoted to noise reduction, colour boosting and black level enhancement.

We suspect the level of calibration would easily have earned the PS51D6900 endorsement from the Imaging Science Foundation had Samsung chosen to pursue it, but in any case, pretty much anyone should be able to use the tools available to get the picture looking as they want it to look.

We wouldn’t say this, of course, if the end results of your picture fine tuning weren’t impressive. But they are. In fact, the PS51D6900 delivers a big step up in picture quality from last year’s equivalent model.

Starting with 3D, there are two prongs to its improvement. First, 3D pictures with Samsung’s new Bluetooth 3D glasses on your nose enjoy better and brighter colour tones, and more detail in dark areas. This is because the PS51D6900 is brighter than last year’s model, enabling it to combat the darkening effect of the 3D glasses.

The other improvement comes with crosstalk; the double ghosting problem with 3D caused when screens can’t refresh themselves fast enough to cope with the active 3D’s alternate left eye/right eye full HD frames. Last year’s Samsung 3D plasmas suffered much less with crosstalk than the brand’s LCD models, on account of plasma’s innate response time advantage. But Samsung has refined things further with the PS51D6900, so that crosstalk is now only rarely visible, and even when it is, it’s more subtle.

To put this in a wider context, there is still a little more crosstalk around than you get with Panasonic’s latest 3D plasmas. But there’s also less than you get with Samsung’s LED sets, even this year’s models.

Another string to the PS51D6900’s bow is how much detail it manages to reproduce from full HD 3D Blu-rays. Its 3D pictures are actually the crispest we’ve seen, in fact, and thus provide a timely reminder for anyone who doesn’t believe that LG’s passive 3D technology rival entails a compromise in 3D sharpness and detail.

Removing Samsung’s decently comfortable standard 3D glasses (the brand also does some lightweight designer models for around £90-£100 each if you’re feeling flash) and switching the TV to 2D is also a very positive experience. Especially striking is how much deeper and more natural dark scenes look on the PS51D6900 than they did on Samsung’s 2010 6 series plasmas, thanks to a much improved black level response. There’s much less grey mist hanging over the darkest parts of the picture, which helps dark scenes look more believable and intense, as well as making films look more cinematic generally.

The improved black levels additionally help the PS51D6900 produce a generally very natural colour palette, since there’s less sign of the sort of colour crushing you can get when showing deep reds, blues and greens on TVs that don’t have a deep black level response. 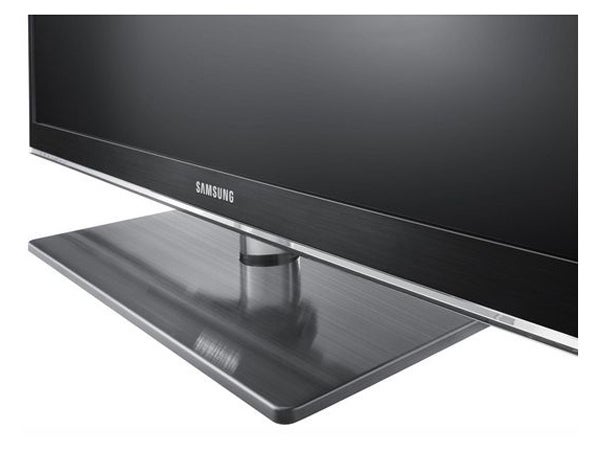 As usual with plasma TVs, the PS51D6900 doesn’t deliver the same levels of brightness and punch at the bright end of the picture spectrum as the best LED/LCD TVs – including Samsung’s own models. But the improved black level response does at least deliver a boosted contrast range that really helps you engage with what you’re watching.

HD 2D images enjoy the same sort of extreme sharpness noted with 3D viewing, meanwhile, and this joins forces with some quite powerful colour processing to allow the picture to enjoy smooth, accurate colour blends. These in turn help HD pictures look solid and as three dimensional as they could without actually turning the TV into 3D mode.

The set’s 2D to 3D conversion circuitry is impressively good at accurately placing objects at the right spatial depth, and noise levels are well controlled compared with some previous Samsung plasma generations.

The PS51D6900 even seems relatively untroubled by traditional plasma problems such as dot fizzing over skin tones and image retention. And, of course, it enjoys the usual plasma benefit of being viewable from a much wider realistic viewing angle than any LCD TV.

With the PS51D6900 even managing to put past Samsung audio woes behind it to produce a pleasantly well-rounded and open (if not particularly powerful) soundstage, do we have anything negative to report about the PS51D6900 at all?

Well, aside from the aforementioned slight increase in crosstalk versus Panasonic’s more expensive GT30 and VT30 models, the PS51D6900’s black levels are also quite a bit less profound than those of its Panasonic rival. The PS51D6900 doesn’t have many tools at its disposal to tackle judder either (aside from an increasingly ubiquitous 600Hz sub-field drive system), and this can result in pictures looking a little stuttery during camera pans. But even at its worst this issue could never be described as excessive, and certainly doesn’t stop the picture’s many positive points from ruling the roost.

Verdict
Samsung’s PS51D6900 isn’t the last word in plasma picture performance. That honour still belongs comfortably to Panasonic’s 2011 GT30 and VT30 models. What the PS51D6900 most definitely does manage to be, though, is easily the best value 3D screen we’ve seen so far, delivering a level of performance and functionality that far, far exceeds anything you’ve got a right to expect of its sub-£1000 price. In fact, we’ve got a feeling that although it’s only May, we might just be looking at the TV bargain of the year.