Let it never be said that TrustedReviews lacks variety. For mere days after we reviewed one of the smallest HD TVs in the business, Humax’s 19in LGB-19DTT, we’re now sitting before one of the biggest: Samsung’s truly gargantuan 63in plasma TV, the PS-63P76FD.


And quite a sight it is, too, as its sheer prodigious acreage of screen combines with a rather industrial, serious-looking black bezel that’s clearly had to ditch Samsung’s usually more stylish lines due to the simple, no-nonsense requirements of having to support such a huge weight of screen glass. The funny thing is, though, I liked the rugged simplicity of the 63P76FD’s looks almost as much as I like the fancier finishes of Samsung’s current smaller TVs. Go figure. 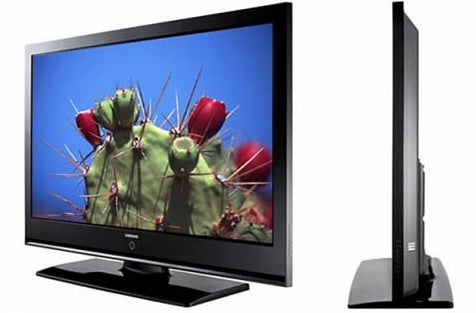 As a TV with clearly vast home cinema potential, it’s pleasing to find the 63P76FD carrying three HDMIs, as we wouldn’t be surprised if the sort of person likely to buy this TV used all of them: one with a Sky HD box, one with an HD DVD/Blu-ray player, and one with an Xbox 360 Elite or PS3 games console.


These HDMIs are no ordinary HDMIs either, since they’re built to the v1.3 standard allowing compatibility with the Deep Colour system for producing a richer, wider colour palette from HD discs encoded with the Deep Colour data. Which would be great if any such discs actually existed…


The HDMIs are also CEC enabled so that you can control CEC-compatible attached kit via the TV’s remote, plus they’re able to take the ultra-pure 1080p/24fps format that’s now in vogue with the launch of Blu-ray and HD DVD. What’s more, the 63P76FD carries a special 48Hz playback mode for use with 24fps sources, to hopefully reproduce them with less noise than if a less mathematically tidy 50 or 60Hz refresh rate were used.


So far the 63P76FD is pushing all the right buttons in pretty spectacular fashion – but it’s only just got started, for there’s also the small matter of its full HD pixel count to consider. Yes, the large screen has helped Samsung fit in all ,1920 x 1,080 of the requisite pixels. And of course, Samsung has followed through on the set’s full HD nature by offering an aspect ratio option in the 63P76FD’s menus that allows 1080-line HD sources to be mapped to the screen pixel for perfect pixel, without any mess from unnecessary overscan processing.

Also catching our eye in just the right light is the 63P76FD’s claimed contrast ratio: 15,000:1. This is only a little short of the 16000:1 quoted by Pioneer’s KURO plasmas, and their black level response is, as regular readers will recall, nothing short of spectacular. Our only concern about this is that Samsung is notoriously good at playing the specification ‘numbers game’, and so the 15,000:1 figure might not be quite so reliable as that of Pioneer’s KUROs.


One of the key elements in producing such an outstanding claimed contrast figure is the 63P76FD’s use of Samsung’s new Ultra FilterBright technology, which builds a filter into the screen array that is reckoned to block out as much as 90 per cent of all ambient screen reflections. Less ambient light on the screen obviously means greater scope for allowing dark scenes to look more impactful. 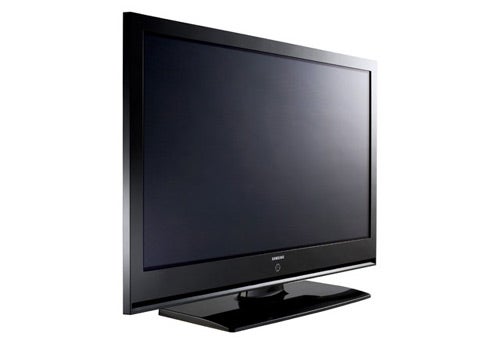 If the sort of high numbers we’ve been bandying round so far in this review have already got your head spinning, then we’re sorry, but we’ve got another one for you: 18 quadrillion. This, rather hilariously, is the number of colour shades the 63P76FD’s 18-bit colour processing should be able to deliver. Obviously I’m not in a position to check the veracity of this claim, but it should at least lead to a more expressive, natural palette and a picture that’s free of plasma’s old-school tendency to show colours in bands rather than smooth blends.


Heading at last into the 63P76FD’s onscreen menus we find what’s really the only bum note to hit us so far: slugghish responses to our remote control button presses. Still, we guess you probably won’t have to return to the onscreen menus too often once you’ve got everything set up right in the first place.


That’s not to say the onscreen menus don’t offer plenty of adjustment flexibility, though; they do. More than we’ve the time or the inclination to cover in full here, in fact. The only things that really need to be explained are three different video processing systems: Digital Natural Image engine (DNIe), Movie Plus, and Edge Enhancement.


Movie Plus interpolates extra frames of image data to make motion appear more fluid across the screen, and as for the Edge Enhancer – well, it does exactly what it says on the tin, basically.

Before getting stuck into the 63P76’s picture performance, there’s one last point about it that we ought to consider: its price. For at £3,543 it really looks remarkably competitive. It’s over two grand cheaper, say, than Panasonic’s current full HD 65in model, the TH-65PX600, and over a grand cheaper than Pioneer’s 60in full HD PDP-LX608D.


The price makes the quality of its pictures all the more remarkable. For they’re at least as good as those of the Panasonic, and not nearly as far short of those of Pioneer’s magnificent PDP-608XD (which we’re reviewing next week!) as you’d expect given the price gap.


For starters, it really makes its full HD status count in the sheer definition with which it renders HD sources like the HD DVD of 300. For instance, you can make out seemingly every one of the millions of arrows fired en masse at the Spartans during the Persians’ unforgettable opening assault. 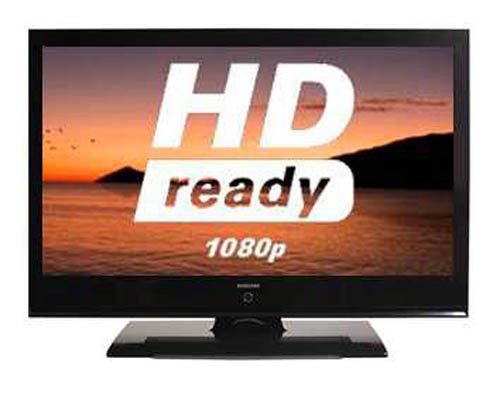 The extra definition is put to good use in presenting almost infinitely subtle colour blends too (crucial to getting the maximum enjoyment out of 300’s ultra-stylised comic-book colour scheme), while the 18-bit processing system ensures that I never spotted a single sign of colour banding during our entire test period.


Also very impressive is the Samsung’s black level response. The darkness of the night around the Spartan camp fires is delivered with impressively little of the common greying-over flaw seen with many supersized flat TVs, allowing the scene to look truly rich, full of scale and genuinely cinematic.


The picture additionally seems more dynamic and bright than those of all of its 60in-plus rivals bar the Pioneer 608XD, and there’s a terrific sense of solidity and richness to the picture that’s never less than a joy to behold with HD sources.


Other good stuff finds some fair resolution retention over moving objects (thrashing LCD, but perhaps not quite as perfect as I’d like); a remarkably clean 1080p/24 performance (though one lacking a little of the fluidity seen on Pioneer’s 608XD); and a decent standard definition performance provided your source isn’t too grubby in the first place.


There are a few flaws in the 63P76’s makeup, though. First, I’d say that really bright picture elements can cause a little image retention (though this should reduce over time). Also, the Movie Plus mode is probably best avoided on account of the way it tends to create shimmering noise around moving objects; the Edge Enhancement is also best avoided as it tends to stress edges too much, leaving them separated from the image as a whole; there’s a gently orange look to rich reds and occasional skin tones during darker scenes; and very dark picture elements can look fractionally green. But these latter slight colour issues are avoidable; things you strangely get accustomed to over time; or perhaps most pertinently of all, really very easy to live with in the context of the Samsung’s price.


With some remarkably potent audio to back up the 63P76’s truly huge and surprisingly impressive pictures, it’s fair to say that Samsung’s string of TV successes shows no sign of coming to an end – even when the brand is dipping its toe in the relatively rarefied waters of the 60in-plus brigade.