Fewer and fewer mainstream companies seem willing to embrace both LCD and plasma technology. But despite its clear market edge in the LCD world, Samsung is one that does. In fact, the company remains adamant that it will make plasma TVs for as long as it perceives there’s a market for them.


Admirable though this sentiment is, it’s pretty irrelevant if Samsung doesn’t lavish as much attention on its plasma TVs as it clearly does on its LCD ones. So let’s find out just how deep the company’s plasma commitment goes by checking out one of its step-up models, the PS-42P7HD.


The first thing to say about this 42in set is that it’s really pretty cheap for a TV that’s positioned above the entry level. The second thing to say about it is that as per usual with Samsung, it’s very easy on the eye indeed in its gloss black finish and minimalist lines. Clearly Samsung’s design department hasn’t been devoting all of its time to the company’s exotic LCD models. 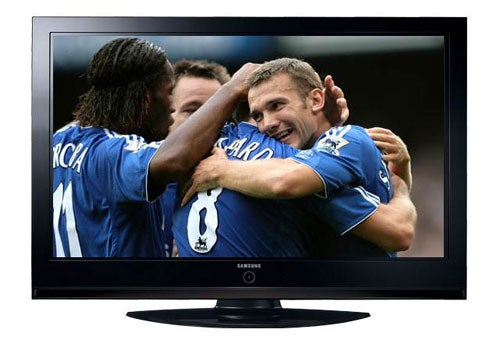 Moving on to connections, our HD needs are decently met by twin HDMI sockets and a component video input. There’s also a nice bit of multimedia support in the form of a 9-in-2 multimedia card slot and a USB input so that you can play MP3, JPEG and MPEG4 video files directly into the TV. Finally, the usual TV basics of a Scart, S-Video input and composite video input are joined by a D-Sub PC port so the TV can function as a monitor.


The good first impressions raised so far are built on steadily by the 42P7HD’s healthy-looking feature list. Kicking this off is a digital tuner, supported by all the usual 7-day electronic programme guide finery and the facility to set timer events directly from the EPG for recording. The only hitch is that we couldn’t find a way to scroll along the EPG listings faster than a couple of programmes at a time, leading to some serious tedium when trying to find something in the listings a whole seven days ahead.

Next we get into a couple of key picture processing technologies. Heading these up is Samsung’s proprietary DNIe processing engine, focussed on boosting colour performance, black level response, motion handling and fine detailing.


The other big processing deal is something Samsung likes to call a Smooth Motion Driver. This, as its name suggests, is out to defeat flat TV’s common motion handling problems, something it does by adding a whopping 10 extra frames of picture per second to the image.


Next among the 42P7HD’s talents is its FilterBright system. This uses a specially designed filter slotted into the TV’s innards to ‘soak up’ far more ambient light than normal plasma screens. The result is fewer reflections on the screen when viewing in a bright room, and stronger contrast levels. In fact, FilterBright is deemed significant enough by Samsung that it’s really the main thing that differentiates the step-up 42P7HD from the Q7 entry-level models. 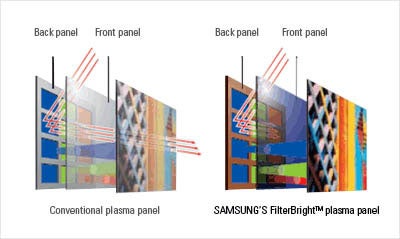 Scouring the pretty onscreen menus for more bits and bobs of interest, we come across a more extensive set of picture and sound tweaks than we’d expect of such an affordable 42in TV. The TV’s quoted specifications bode well enough too, with their HD Ready pixel count of 1,024 x 768 and sky-high contrast ratio of 10,000:1.


In action, the 42P7HD is enjoyable enough, without perhaps reaching the same heights as some of Samsung’s best LCD TVs. Let’s start with the good stuff, though.

First, the TV is impressively free of plasma’s common problems with fizzing noise over motion. Even a fast camera pan to follow a Paul Robinson goal kick stays pretty free of the glitch. We mention this so early because it was such an unwelcome trait of previous Samsung plasmas.


While we’re on the subject of video noise, we’re pleased to see that the 42P7HD avoids joining a number of its affordable flat TV rivals in emphasising MPEG blocking from digital sources – including its own Freeview tuner.

Also racking up the kudos are the 42P7HD’s black levels. The dark interiors of the Xbox 360’s Gears of War look suitably black and intimidating, while a dark film like Alien looks rich and cinematic thanks to the lack of the greyness over dark areas that lets down so many flat TVs.


With high definition so crucial to any serious TV these days, it’s pleasing too to see that the 42P7HD delivers really impressive levels of sharpness. The detailing it has the ability to portray really does high definition’s extra resolution proud, especially with particularly pristine HD sources like the Xbox 360. What’s more, this sharpness holds up nicely even over moving objects, suggesting that the Smooth Driver technology we talked about earlier is going about its business without putting any significant smear-inducing pressure on the TV’s processing engine. 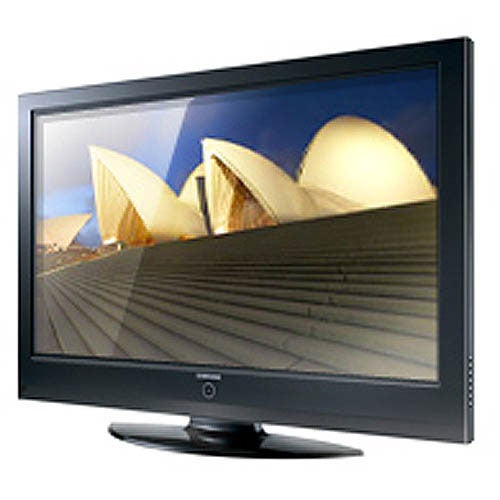 And so to the little flaws that stop the 42P7HD from being a runaway success. For starters, while dark scenes certainly look impressively dark, that darkness level looks a touch forced – the black areas of the picture tend to lack subtle shadow detail, which can leave them feeling a touch empty.


Next, the 42P7HD is another one of those flat TVs that is nowhere near as at home with standard definition sources as it is with HD, as all but the most pristine standard definition pictures suffer a few colour toning issues, particularly where reds and deep greens are concerned.


Finally, people’s skin can look a bit plasticky during standard definition viewing, making the occasional newsreader look more like a mannequin than a living, breathing human being.


With the 42P7HD’s sound proving rather average thanks to a general lack of power and range, it would be easy to walk away from this review of the 42P7HD feeling downbeat. But that actually wouldn’t be fair.


Sure, it’s no performance classic of the sort Pioneer and Panasonic routinely turn out. But taken as a full package with its price, design, picture level and features all put into the commercial equation, it’s really not a bad budget option at all.