As I’ve noted before, as the world’s largest industrial corporation Samsung has a big advantage in the digital camera industry. Most manufacturers will buy components such as LCD monitors, rechargeable batteries and lens assemblies from third-party sources, but Samsung makes all of these components itself, which means it can produce relatively high spec cameras much more cheaply than its rivals. 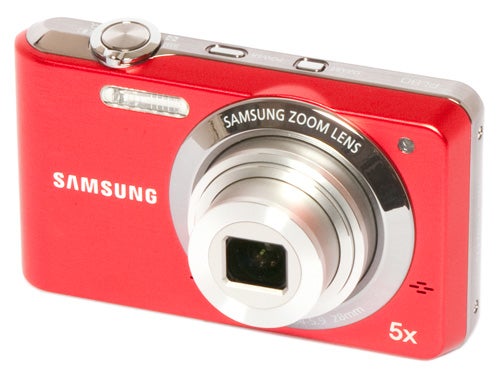 A prime example is this PL80 ultra-compact, a mid-range model from Samsung’s point-and-shoot range. It features a 12.2-megapixel sensor, 5x zoom lens with a 28mm-equivalent wide angle, a 2.7-inch 230k monitor and optical image stabilisation, and yet Samsung can afford to sell it for less than £130. However while Samsung may have a advantage in manufacturing it is still lagging behind its major rivals in the design department, because while the PL80 does offer some useful features for a relatively low price, it also suffers from a number of problems. 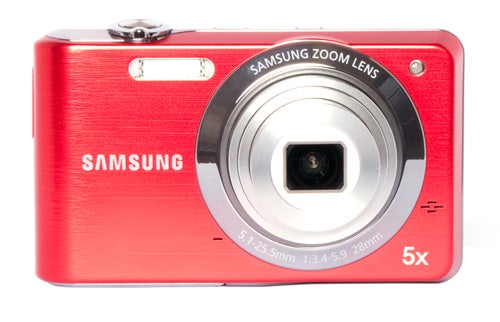 The PL80 shares most of its internal components with the cheaper PL55 which we reviewed a few months ago. It has the same sensor, the same monitor screen, same software and mostly the same features. However despite its superior specification the PL80 is slimmer and lighter than its stablemate. It’s a nice looking camera, and the overall build quality is very good. The body is mostly plastic but the front panel is aluminium with a brushed texture, and it is available in either black or red. The controls are sensibly laid out and not too fiddly, and the camera is comfortable to handle, but as usual Samsung has labelled some of the buttons with etched silver-on-silver symbols that are hard to see in low light.

The PL80 offers a good range of features. It has five basic shooting modes; Still shooting modes include Program Auto with a full range of menu options, a simpler Smart Auto mode in which most menu options are restricted to automatic, Dual IS mode which combines optical and digital image stabilisation with full menu options, and a Scene Mode, with a fairly typical range of scene programs. There is also a video recording mode, but this is a little primitive by recent standards, shooting in 640 x 480 resolution at 30fps with mono audio, although the optical can be used while recording. The zoom motor is quite loud on the soundtrack, but there is the option to turn off audio recording while zooming. 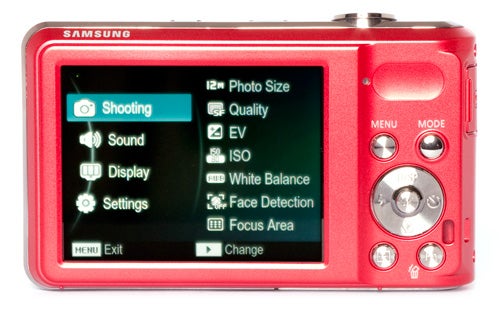 The PL80 has a wider range of menu options than many budget compacts. Metering options include multi-zone, centre-weighted and spot metering, while autofocus modes include centre-zone, nine-point multi zone and tracking AF. There is a wide range of colour styles including a custom RGB option, and contrast, saturation and sharpness are all adjustable. The menu also includes the ACB automatic contrast control to compensate for high contrast lighting. It does help to improve shadow detail, but doesn’t really do much for burned out highlights. There is even a limited form of manual exposure control, with a selectable aperture and long-exposure shutter speed in the Night Shot scene mode. 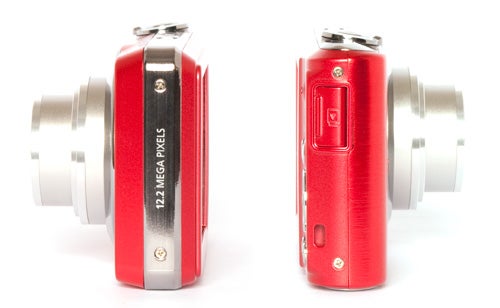 Samsung’s optical image stabilisation system is effective, allowing shake-free hand-held shots at shutter speeds of 1/20th of a second. In the Dual IS mode in combination with the digital image stabilisation it can produce sharp shots at 1/10th of a second even at full zoom, but the processing time is very slow and the processed image quality isn’t particularly good.

When it comes to overall performance the PL80 is a bit of a mixed bag. It appears to start up very quickly, with the monitor activating and all the on-screen icons appearing in less than two seconds, but this is an illusion; the camera isn’t actually ready to take a photo until nearly five seconds after pressing the power button, which is very slow. The shot-to-shot time of approximately 2.6 seconds in single shot mode isn’t too bad, and in continuous shooting mode it averages a shot every 1.5 seconds, which is also about average for its class.

The main performance problem is the autofocus system, which is terribly unreliable. When it does work it’s decently fast , but even in good light with a normal high-contrast subject at medium range it frequently fails to focus at all. It is one of only three cameras that have ever failed to focus for my usual test shot of the cathedral window. Low light focusing is even worse, focusing only on about one attempt in five despite the bright AF assist lamp, and the 80cm minimum focusing distance doesn’t help either. A compact camera shouldn’t need to switch to macro focusing mode for a subject over half a metre away. 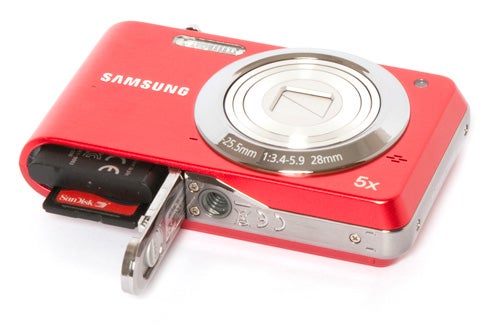 The PL80’s main problem is its image quality. Even shots at 80 ISO taken on a shutter speed of around half a second show significant image noise, and this just gets worse as sensitivity is increased. Shots at 400 ISO have almost no fine detail, and the 3200 ISO setting available at 3MP is very poor indeed. The lens is reasonably sharp at the centre and not too bad at the edges, and wide angle distortion is well controlled, but colour reproduction lacks depth and saturation, and the only way the tiny overloaded sensor can produce any shadow detail is by burning out highlights. As well as these problems the camera uses a particularly fierce JPEG compression algorithm, squashing down its 4000 x 3000 pixel images to around 4.2MB and erasing a lot of fine detail in the process. What’s the point of moving to a 12MP sensor if you’re just going to trash all the extra detail in processing?

While the Samsung PL80 is a well-made camera, and does manage to provide a good specification for its price, its slow performance, unreliable AF system and sub-standard image quality are major handicaps. There are better cameras available for the same price. 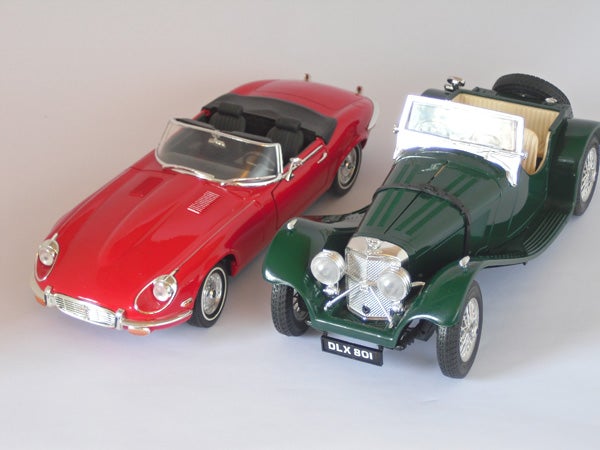 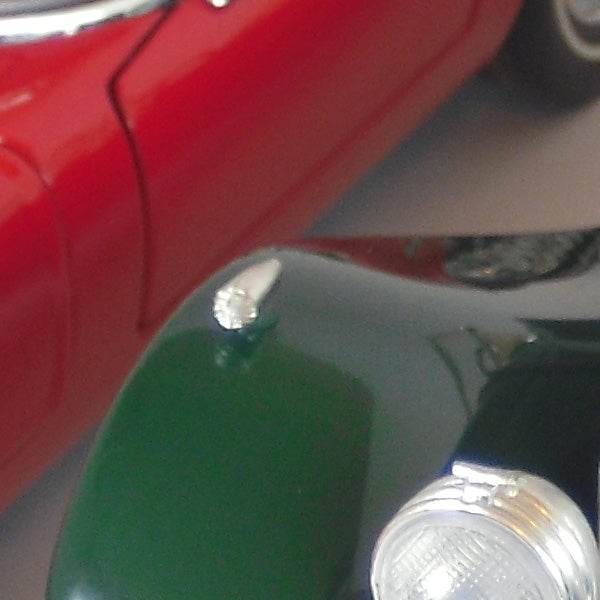 Even at 80 ISO there is visible colour mottling. 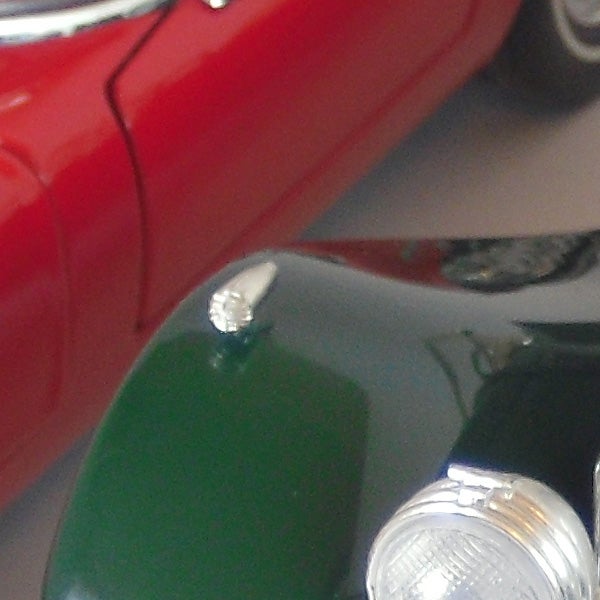 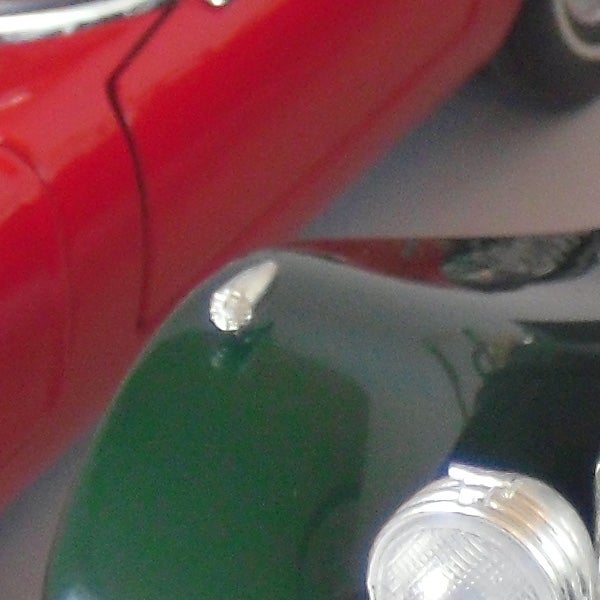 Noise is getting worse at 200 ISO, with colour fading out in the darker areas. 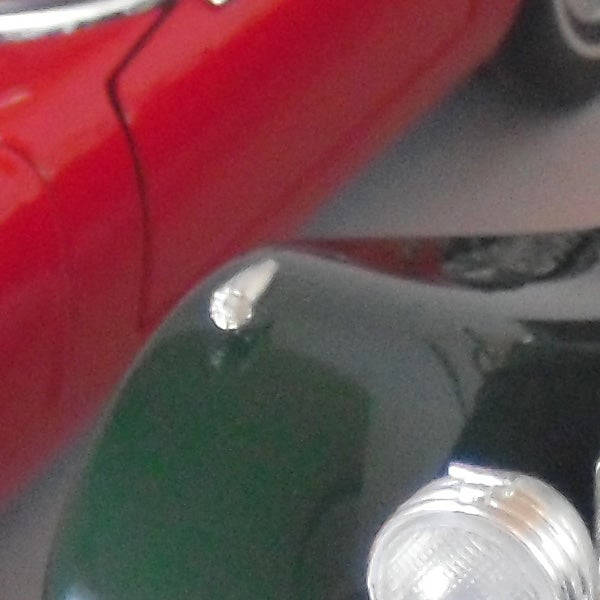 At 400 ISO the image has lost all fine details. 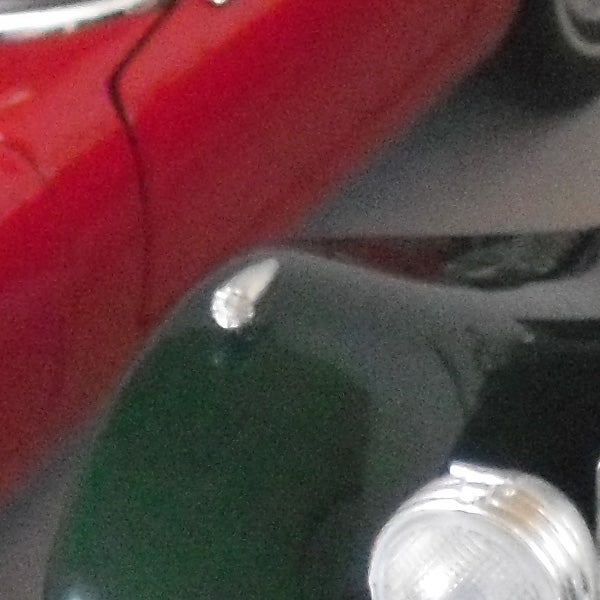 Noise reduction has blurred the image at 800 ISO. 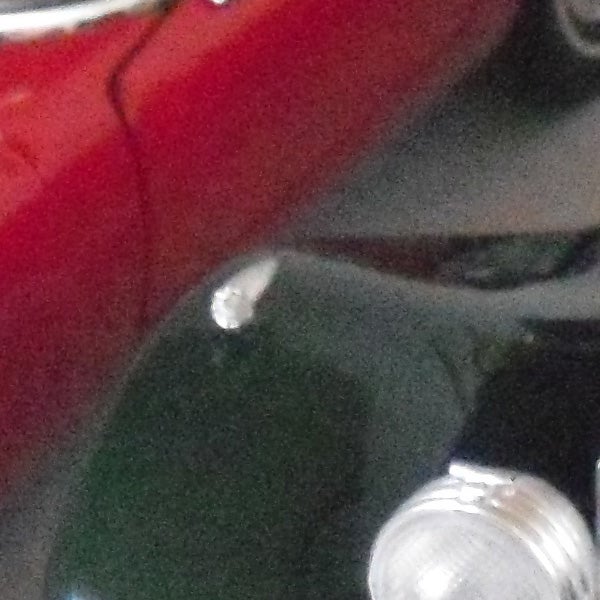 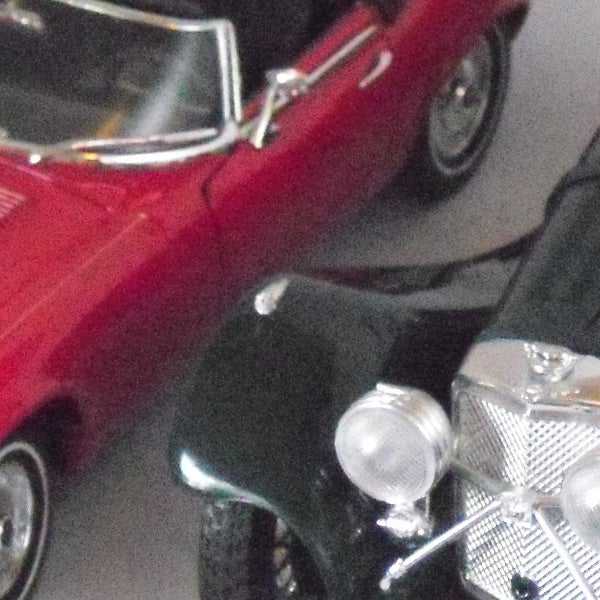 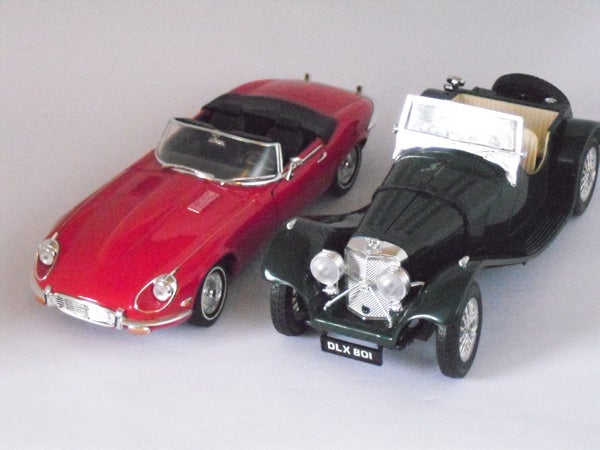 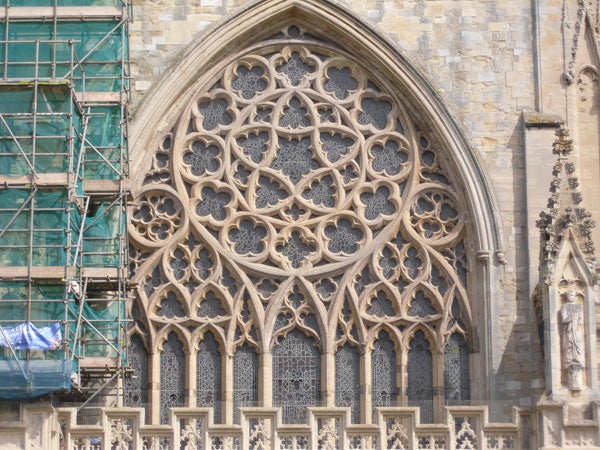 Here’s the usual detail test shot of the West Window of Exeter Cathedral, for you to compare with other cameras. See below for a full res crop, or click for the full sized image. The downloadable file is approximately 3MB. 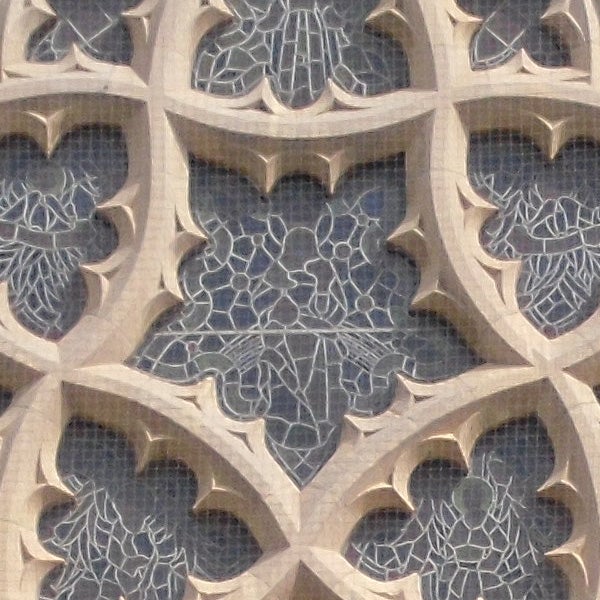 The strong image compression had robbed the image of much of its potential. 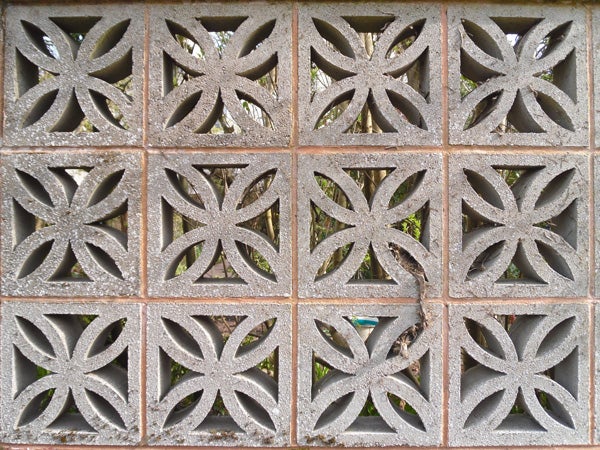 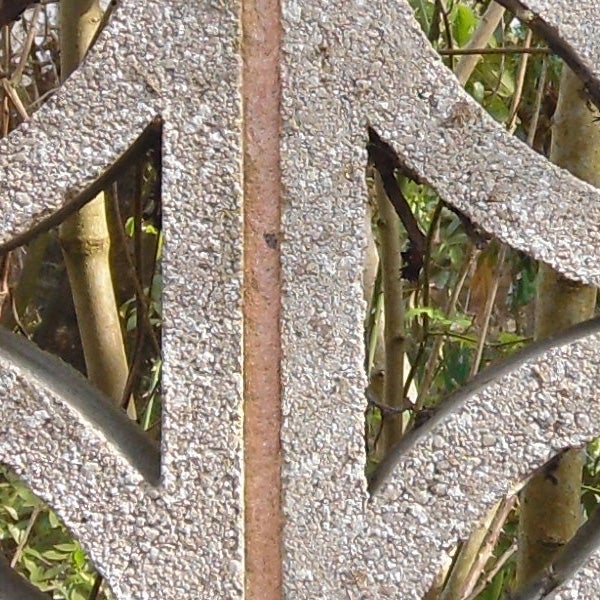 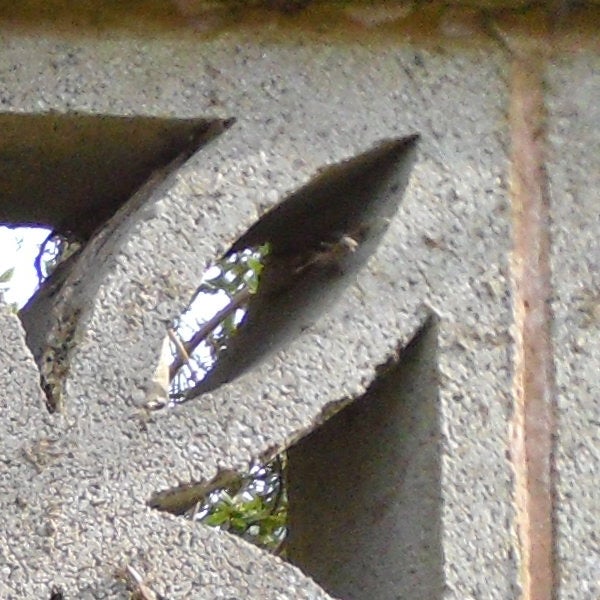 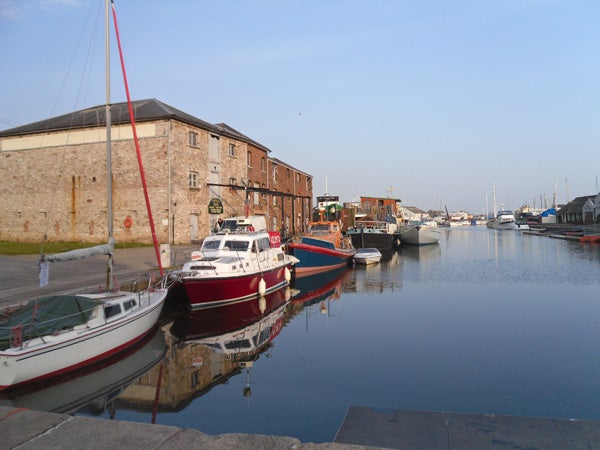 The wide angle end of the zoom range is equivalent to 28.2mm. 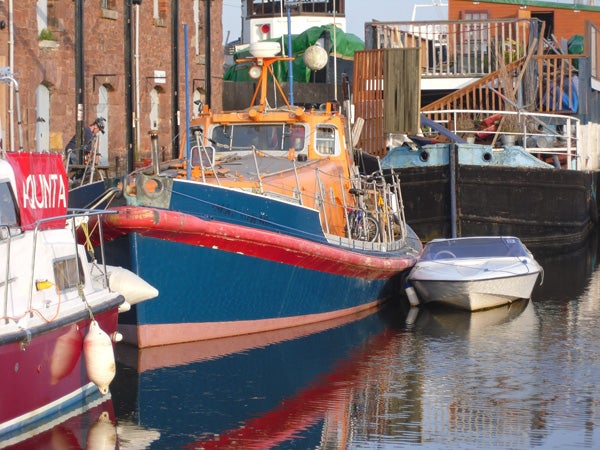 The telephoto end is equivalent to 141mm. Shadow detail isn’t too bad, but the highlights are burned out. 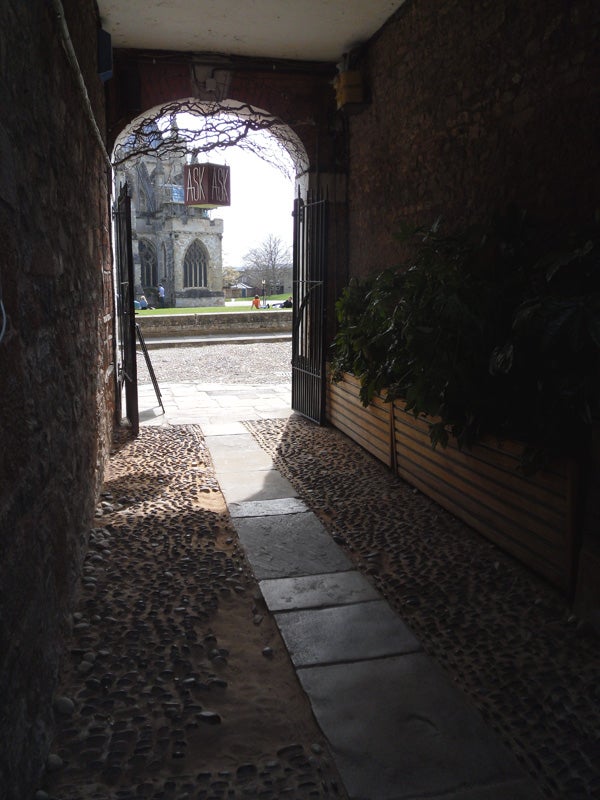 With the ACB feature switched on the shadow detail is improved.