The Samsung NX2000 is the latest model in the brand’s growing range of ‘NX’ Compact System Cameras (CSCs).  With a decent range of 16 lenses and numerous accessories available, Samsung’s NX range has become a serious contender in a crowded market. And, like others in the range, the NX2000 combines a large APS-C sensor with ‘extras’ like Wi-Fi, NFC and large 3.7-inch touchscreen. It doesn’t run Android like the recent Samsung Galaxy NX, but at £500 it’s more than half the price.

Not interested? Try our best cameras round-up for our top picks. 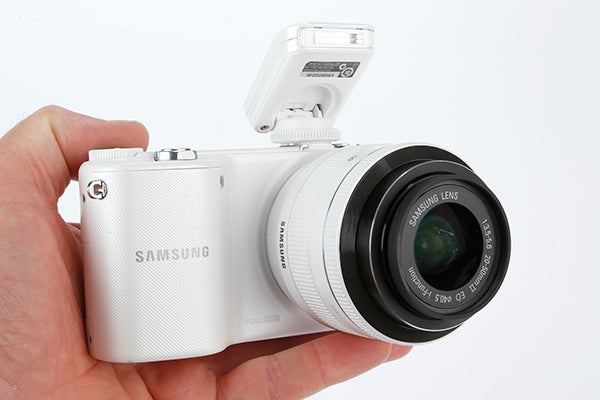 The Samsung NX2000 employs the same 20.3MP sensor as seen in a host of other Samsung CSCs. The sensor is an APS-C unit – much the same as that found in most entry-level DSLRs – and as such should hold an advantage against some rivals such as Panasonic and Olympus that employ the micro-four-thirds standard.

The model’s DRIMe IV image processor should further enhance any image quality benefits. Samsung claims that the processor will both improve the NX2000’s noise reduction capabilities as well as colour reproduction.

Arguably the most eye-catching element of the NX2000’s specification is the model’s huge LCD screen. It measures in at 3.7-inches and as a result is the largest in any digital camera bar Samsung’s ‘Galaxy’ duo, the Galaxy NX and Galaxy Camera. 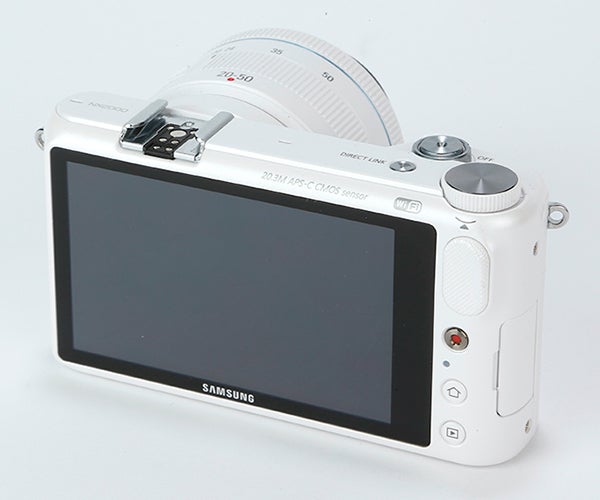 The screen features a 1.152m-dot resolution that results in a 800 x 480 (WVGA) display. It’s a capacitive touch-screen that offers much the same handling as screens found on the Samsung Galaxy range of smartphones, including pinch-to-zoom and multi-touch control.

As a result of the large LCD screen taking up the majority of the rear of the camera, the NX2000 has few physical controls. But the good news is that it features Samsung’s impressive i-Function lens technology.

This button allows for one-touch access to a host of customisable controls, including common shooting settings such as aperture and shutter speed. One press of the button activates the ‘i-Fn’ mode, and when activated you can then use the control ring to control the selected setting. It’s an interesting innovation an alternative method to providing physical controls. 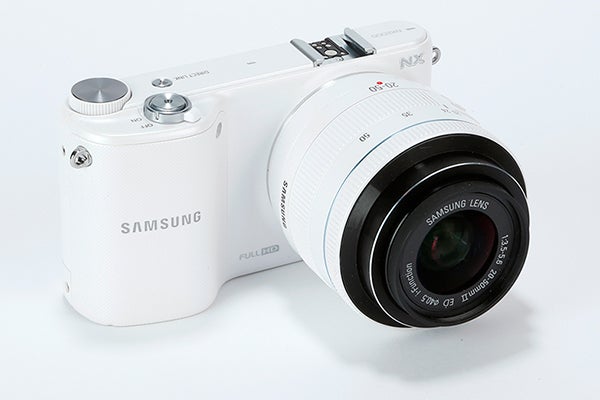 As is becoming more common for Samsung’s NX cameras – and CSCs on the whole for that matter – the NX2000 features both NFC and Wi-Fi connectivity. The Wi-Fi connectivity allows for wireless back-up of images to the cloud, wireless image control through a dedicated app and much other functionality.

The NFC functionality, meanwhile, allows for the NX2000 to be paired with a similarly enabled device by simply touching the two together, and as such offers simple image transfer and remote control.

As well as offering full PASM (Program, Apperture, Shutter and Manual) shooting controls, the NX2000 offers a Smart capture mode as well as host of Scene modes targeted at making potentially complicated image capture techniques as accessible as possible for those starting out in digital photography.