One of the features missing on the Samsung NX2000 is an in-built flash of any description. But there’s an external hot-shoe mounting one included in the box that, while not quite as convenient should you ever forget it, does the job just fine.

Moreover, the lack of any sort of in-built flash keeps the body nice and streamline in design with an attractive flat top panel. And, although the body is comprised of mostly plastic, it still manages to feel solid and sturdy enough survive the rigours of daily usage. 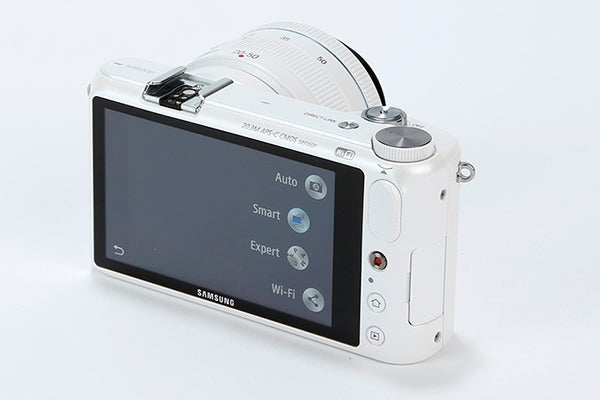 It handles well, too. The NX2000 has a rubber pad on its rear that serves as a decent thumb grip which, when combined with the pronounced textured front handgrip, allows for a good hold on the camera while shooting.

One possible gripe with the camera’s design is when one of the NX range’s larger lenses is attached the handgrip itself is somewhat negated. The bulk of the bigger lenses impinges of the space between the lens and hand grip and thus make zooming a bit of an operational issue as a result. It’s not an uncommon problem on smaller CSCs, but one worth considering all the same.

Most of the controls fall within easy reach, but they are rather limited. The most prominent is the adjustment dial on the top plate. This offers quick control over a host of functionality, although it changes depending on which mode the camera is in, and as such can prove a touch confusing at times. 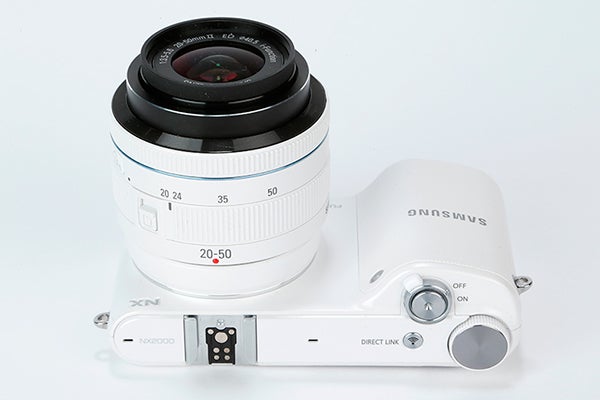 There are areas of the NX2000’s performance where the camera excels, although on the whole the camera is something of a mixed bag.

One of the standouts is the camera’s autofocus system. In good light the focus acquirement speeds are as fast as the best cameras on the market, and that good form continues even in differing lighting conditions. If you’re trying to move from shot to shot quickly in poorer lighting conditions the NX2000 does begin to slow slightly in terms of AF speed, but that’s not great issue.

The quality of video captured is good, as is the quality of the accompanying audio, although it is disappointing that you cannot manually dial in exposure controls while it also lacks some of the focusing functionality as seen on rival models’ video capture modes. 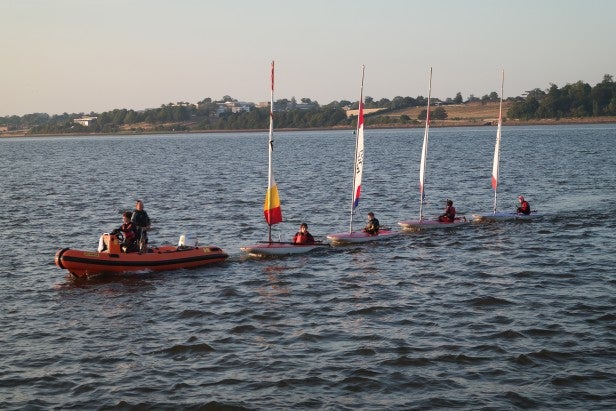 But battery life is problematic. As is probably to be expected for a camera packing as much technology as the NX2000, the battery life is a lot shorter than on some of its more basic rivals. The 1,130mAh battery in the NX2000 fell some way short of the 340-shot capacity claimed by Samsung, no doubt due to the combination of Wi-Fi, NFC and large screen – a problem we’re seeing more and more of late.

The NX2000 also suffers in the speed department. The camera’s start-up speed is a little under two seconds, while the shot-to-shot speed is around a second and a half; neither of these speeds are terrible, but they’re below average.

But the NX2000’s speed issues are most keenly felt in the camera’s write speed. The NX2000 can shoot just six Raw and JPEG files at normal speed before it stops to write the files, and it takes a lengthy six seconds to do so.

This issue is no doubt caused by the camera using the inferior storage format of microSD cards as opposed to standard SD cards, and though you can understand why they would want to do so to keep the size of the camera down, there’s no denying that this impacts on the camera’s performance.