The Samsung NX1000 is a brand new addition to Samsung’s 2012 range of compact system cameras. Sitting underneath the more enthusiast-orientated NX20 and NX210 models, the NX1000 will serve as the entry-level model to the NX range. 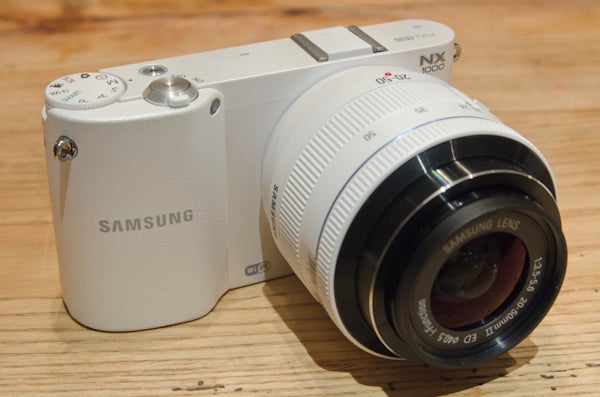 Samsung claims the NX1000 is the lightest CSC on the market. Certainly at only 359g including 20-50mm lens, battery and card, the NX1000 does feel light in the hand. The main reason the NX1000’s able to hit this weight is that it doesn’t get the same metal finish as either of its more expensive NX stablemates, instead getting a toughened plastic outer shell.

Thankfully, this doesn’t make it feel – or indeed look – in any way cheap. In fact, the pre-production sample we were able to get hands-on with actually felt quite durable, even though it was noticeably light in the hand. With its white mottled finish we also thought it looked pretty smart. 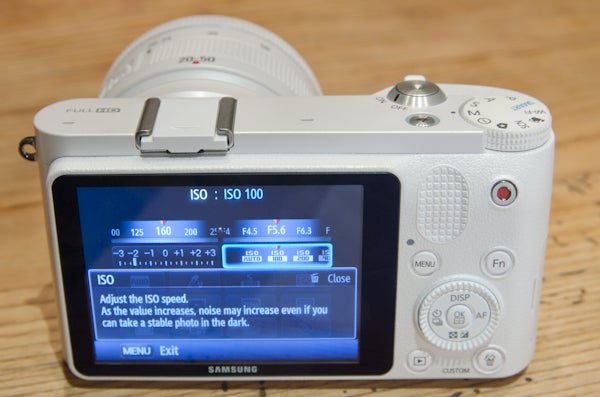 While the NX1000 is the ‘budget’ option of the NX series, it still benefits from the same built-in Wi-Fi connectivity technology that’s being rolled out across the NX range this year. This enables you to do a number of things, from straightforward wireless transfer of image files to your home computer or a smart Android device, to backing up your files in the cloud (via Microsoft’s SkyDrive servers), or uploading images direct to social networking and image sharing sites like Facebook and Picassa.

In addition, other Wi-Fi features include the ability to stream your images direct to a TV or even to email them from your camera. If you really want to get clever you can even use Wi-Fi to connect the NX1000 to a compatible Android smartphone or tablet and use that as a remote shutter release. You’ll need to download a free app from the Google Play store first, but once you’re up and running you’ll have full access to the NX1000’s intuitive Smart Panel quick menu interface, which you will be able to control via your phone/tablet’s touch-screen. 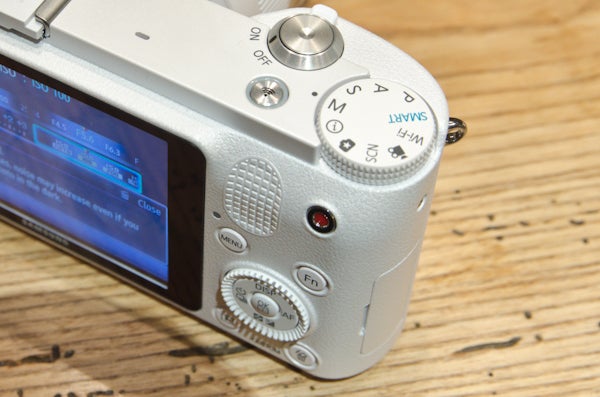 Samsung has been offering Wi-Fi technology in its camera’s since the introduction of the SH100 compact last summer. With Wi-Fi functionality now extended to other compacts and the latest NX range it’s a neat step from Samsung that will help to differentiate their cameras from rival models. To encourage its use Samsung has even placed a dedicated Wi-Fi button on the top panel of the camera for one-touch access to the camera’s wireless features. The trick, as always with a new(ish) feature such as this is to make it simple and intuitive to use, and from what we’ve seen Samsung has managed exactly that. 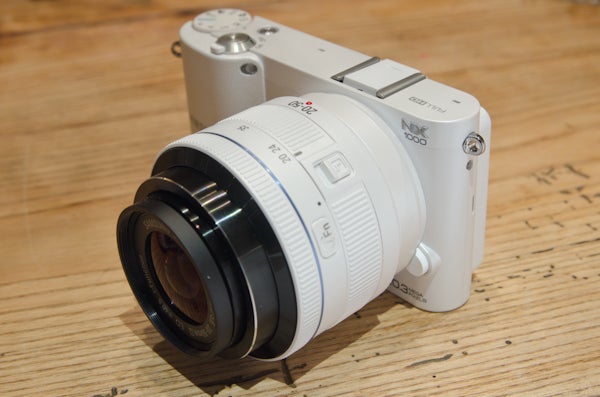 In addition to the regular quartet of Program, Aperture-priority, Shutter-priority and Manual exposure modes, the NX1000 also offers a fully Automatic mode, a good range of individual Scene modes and the full suite of Smart digital filters and effects. 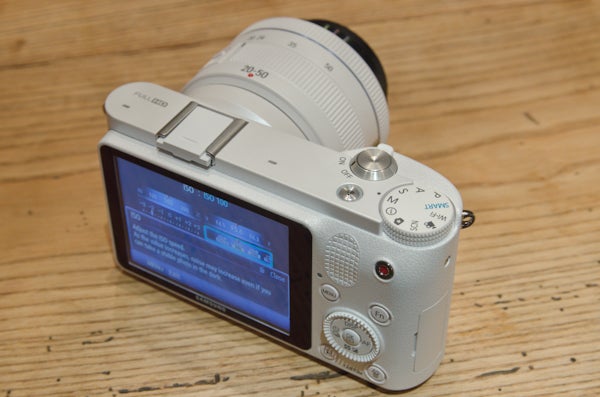 There’s no built-in flashgun, but Samsung will be bundling a GN8 flash attachment that can be attached to the hot-shoe, as per the NX200 before it. Samsung has also expanded the feature set of the lens-mounted i-Function button to allow you to toggle through the NX1000’s built-in digital art filters as well as take direct control of the digital zoom.

Verdict
The NX1000 is the new entry-level model within Samsung’s NX range of compact system cameras. Despite its entry-level tag it still packs a 20.3MP APS-C sized sensor that has already proven itself capable of taking great images in another Samsung camera (last year’s Samsung NX200). Add Wi-Fi functionality and Samsung’s intuitive Smart Panel user interface and you’re left with a camera that has plenty to offer. While the launch price does seem a bit steep we wouldn’t be surprised to see in-store discounting quickly bring it down to a level that will make the NX1000 look a highly attractive proposition against its peers.