Samsung’s NV (New Vision) series of compact digital cameras was a major turning point for the company, or at least for its position in the digital camera market. The company’s previous Digimax series to didn’t sell well, mainly because many of them were just so appallingly ugly. While usually technically competent and always reasonably priced, for the most part they looked like cheap badly made rubbish, and sold accordingly. The NV series, with its emphasis on quality, style and bold design ideas, showed a new commitment to digital photography from the South Korean industrial giant, and it was rewarded with much better sales figures, last year pushing its way into second place in the European compact camera market, slightly behind Panasonic, but ahead of market veterans such as Canon and Kodak. In some territories it is now the market leader. 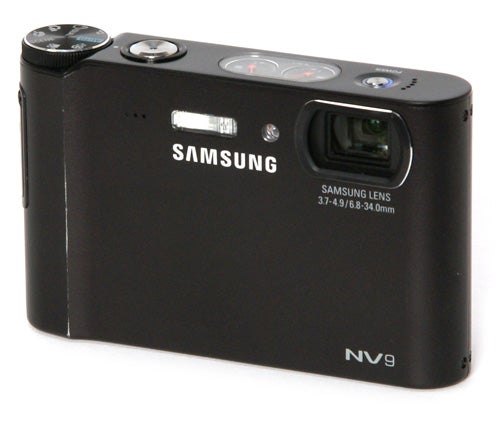 It looks like Samsung may now be phasing out the NV series in favour of newer ranges, so the NV9 that I’m reviewing today may be one of the last few models. It’s a shame to see a good series come to an end, but at least it goes out on a high note, because the NV9 is a great little camera. It’s an ultra-compact model featuring a 10.2-megapixel 1/ 2.33-inch sensor, internal 5x zoom lens with optical image stabilisation and a 2.7-inch 230k monitor.


The body is all aluminium, with the distinctive round-ended rectilinear style that has been a theme of the NV series. It is available in silver or the handsome matt black finish shown here. The internal lens design gives it a very compact and pocket-friendly shape with no protruding parts, measuring just 95 x 59.9 x 18.8mm and weighing approximately 160g including battery and memory card. The build quality is excellent, and the NV9 both looks and feels a lot more expensive than its £145 price tag would suggest. 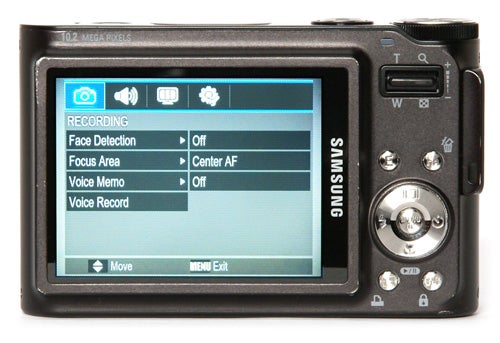 Like other models in the series it has an illuminated power button, a rotary mode dial and a raised finger grip on the front, while the strap lug doubles as a thumb rest, but the most striking design element is the pair of small analogue clock dials on the top plate. These provide a visual indication of the remaining battery power and memory capacity, but they are really just a cosmetic affectation, since there is a numeric frame counter and a three-bar battery gauge on the monitor display. They do make an interesting conversation piece though, which is probably the point.

Considering its relatively low price of £145 the NV9 is a pretty sophisticated camera. It has all the features we’ve come to expect in a modern top-range compact, including face, blink and smile detection, automatic in-camera red-eye correction, and a Beauty Shot feature that uses face detection to automatically smooth and enhance skin tones. It produces quite a pleasing result for portrait shots, although I didn’t have a chance to try it on anything other than a typical white Caucasian complexion. Your mileage may vary. 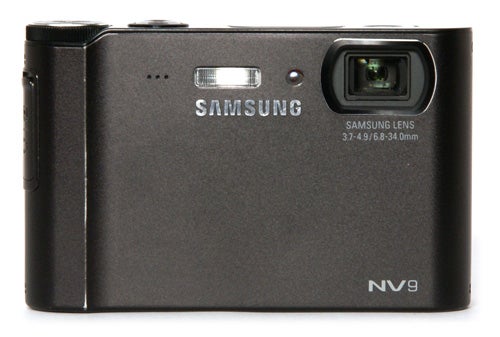 Other shooting modes include a scene mode with 14 scene programs, dual stabilisation mode which adds electronic stabilisation to the optical stabilisation, and a useful Photo Help Guide, which has tips on shooting in unusual circumstances. There is also a decent movie mode, with 640 z 480 30fps video recording with mono audio. Unusually for a camera in this class the optical zoom can be used while shooting video.


Unfortunately, considering some of the excellent control systems Samsung has used on some of its cameras, the NV9 has a menu system even more complicated than an Olympus, with three different menus each with their own button.


The NV9 has a single multi-function interface socket that serves as USB connection, battery charger and headphone socket. The camera has a built-in media player that can play MP3 music as well as video files, but video has to be converted to a special format and downsized to 320 x 240 by the supplied software and then uploaded to the camera, which is quite a complex process for the computer novice. The conversion process is quite slow, with a 45-minute TV episode taking around nine minutes, but the video playback quality is quite good. I’m just not sure that I’d want to watch a whole movie on a 2.7-inch screen. The supplied headphones are unfortunately of rather mediocre quality, and the multi-purpose connector means you can substitute a better pair. 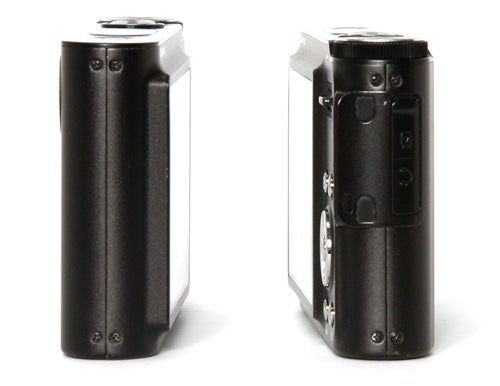 One advantage of the combined socket is that the NV9 can charge from any powered USB connector, in fact the mains adaptor has a USB-type socket on it, and the USB cable plugs into it as a charger cable. This means that whenever the camera is connected to a computer it’s charging the battery, and also if you take your laptop on holiday you only need to take the one charger.

The NV9 is a pretty solid performer, starting up in comfortably under two seconds and shutting down again even more quickly. In single shot mode it can manage a consistent shot-to-shot time of just over two seconds, which is nice and quick, while in continuous mode it takes a shot every 1.5 seconds. However in this mode there is no audio cue when each shot is taken, and the screen is blank, making accurate framing difficult. There is also a motion-capture setting, which takes a burst of up to 30 640 x 480 frames at 5fps, and an auto bracketing mode.

The autofocus system is exceptionally good, focusing quickly and accurately in virtually any situation. Its low-light performance is especially impressive, focusing in pitch darkness almost as quickly as in daylight at a range of around three metres, thanks to the bright AF lamp. It does slow down somewhat at long zoom settings in low light, but still focuses well. The flash is a little underpowered, with a maximum range of only 3.4m, but it is well metered at close range.


Overall image quality is pretty good. The lens performs well, with minimal distortion or chromatic aberration, and good edge-to-edge detail. Colour reproduction is very neutral, possibly even a bit muted, although this is not helped by the exposure meter’s tendency to over-expose by about half a stop in most high-contrast situations. This resulted in a lot of burned-out highlights in outdoor shots. Overall dynamic range was actually pretty good, but adding the Auto Contrast Balance just made the whole picture look over-exposed. 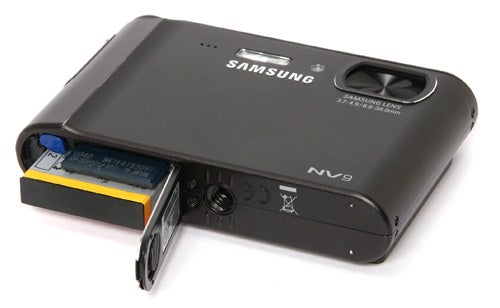 Noise control is also a strong point, with excellent picture quality up to 200 ISO. There is some noise visible at 400 ISO, and more at 800, but it is well controlled, retaining both fine detail and colour balance. 1600 ISO and the 3200 ISO setting available at 3MP are both pretty terrible, but that’s usually the case.

The Samsung NV9 is a great pocket camera, ideal for quick snapshots and especially for parties and nights out. It is solidly made, looks good, performs well and produces good results under a wide range of situations. The multimedia features and headphones are a bit average, but if you’re looking for a classy ultra-compact the NV9 is great value for money. USB charging is an additional bonus.

”Over the next few pages we show a range of test shots. On this page the full size image at the minimum and maximum ISO settings have been reduced to let you see the full image, and a series of full resolution crops have taken from original images at a range of ISO settings to show the overall image quality. The pictures were taken outdoors in overcst daylight.” 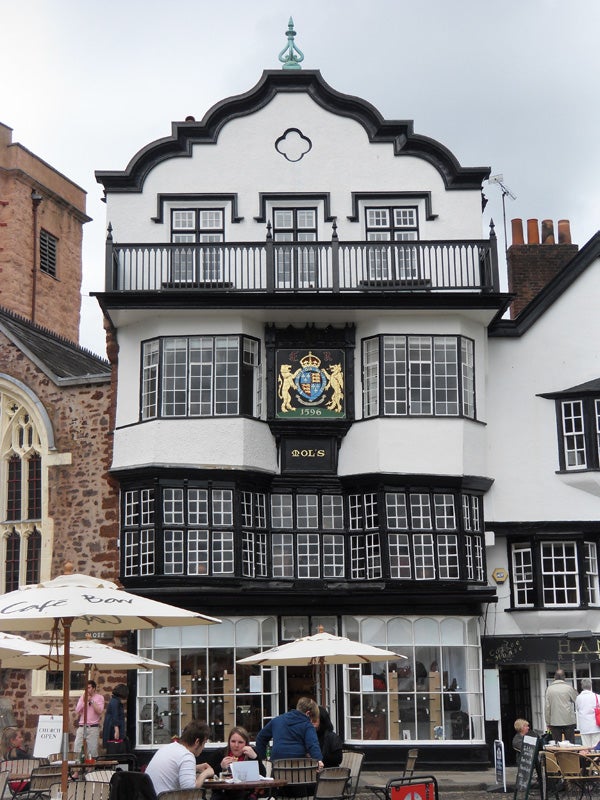 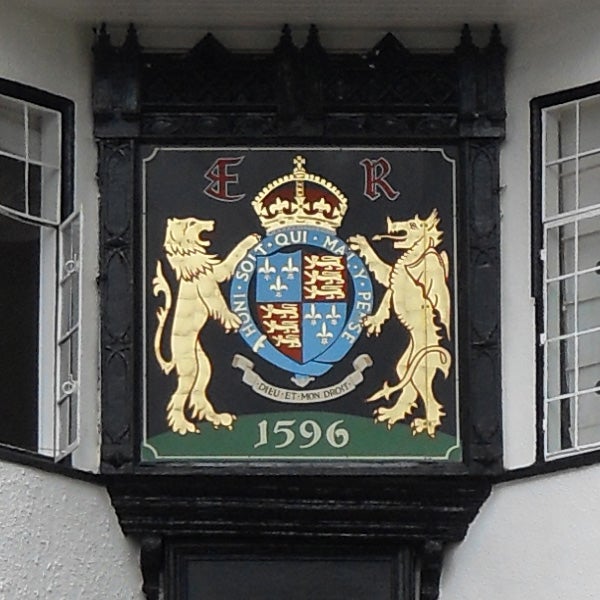 At 80 ISO the image is clean, sharp and well detailed, with no trace of noise. 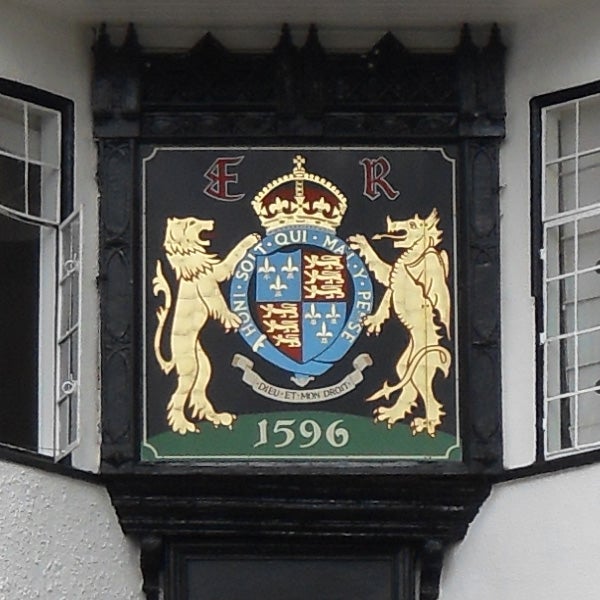 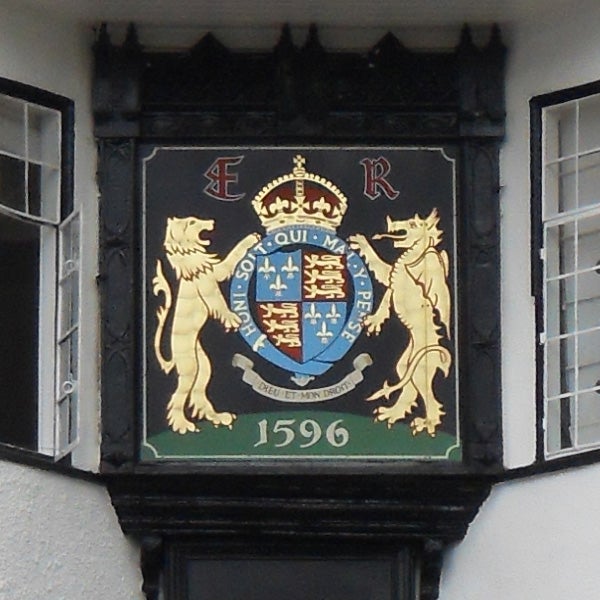 There is a very faint speckling of noise at 200 ISO, but still no real problem. 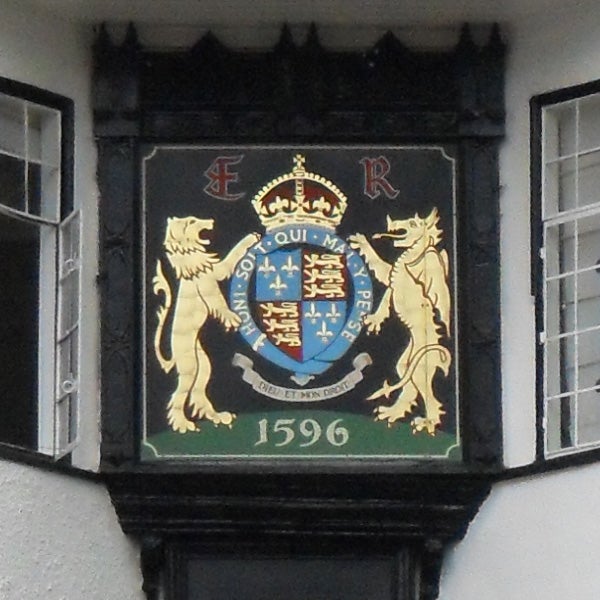 More noise is visible at 400 ISO, but it is well controlled and there’s still plenty of detail. 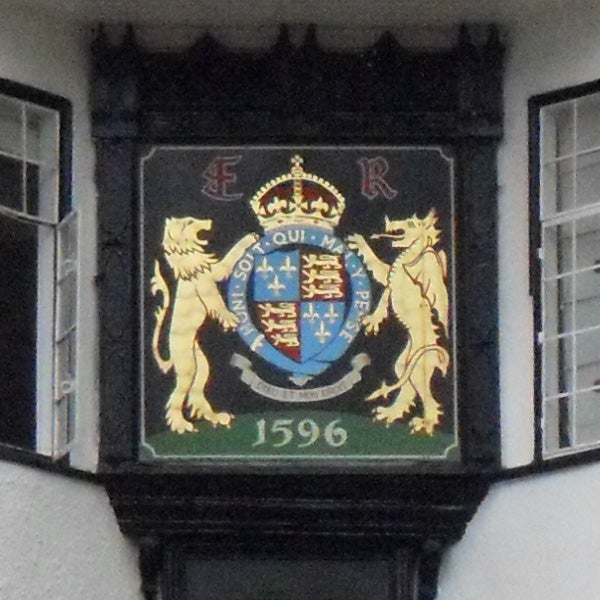 At 800 ISO you can no longer read the motto on the sign. 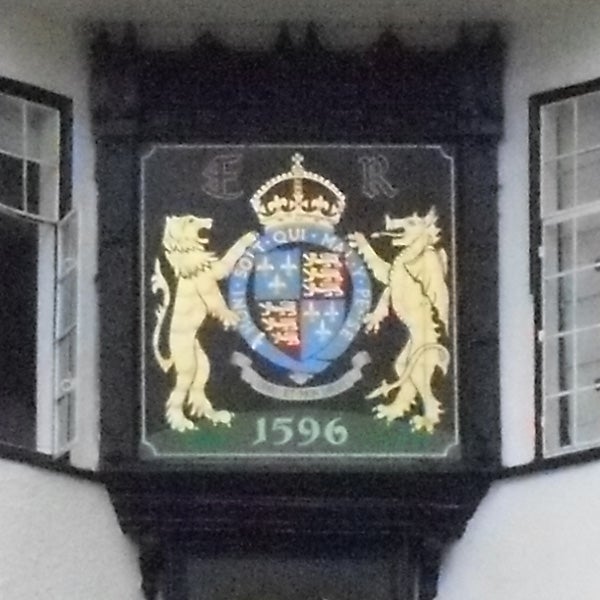 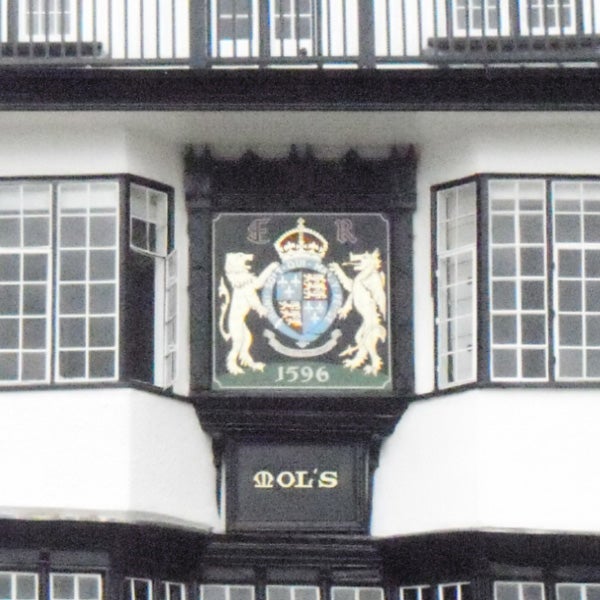 3200 ISO is available, but only at 3MP resolution. 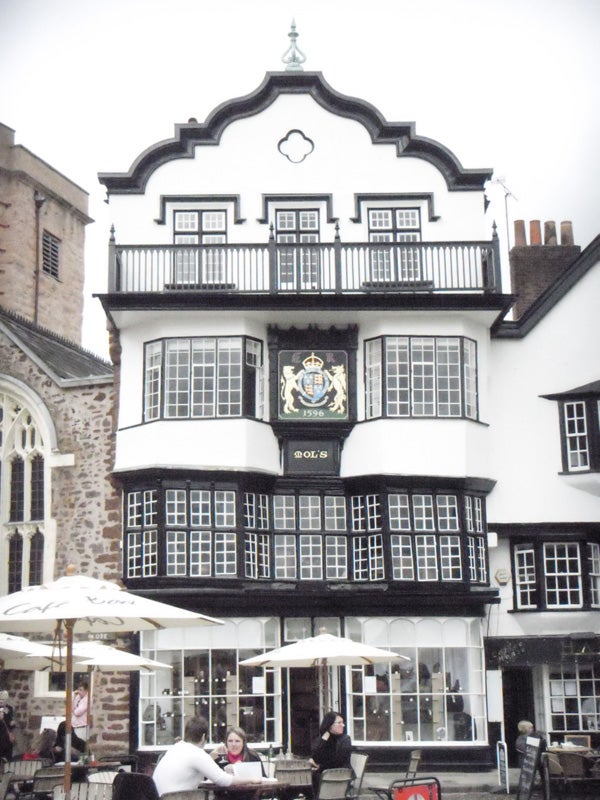 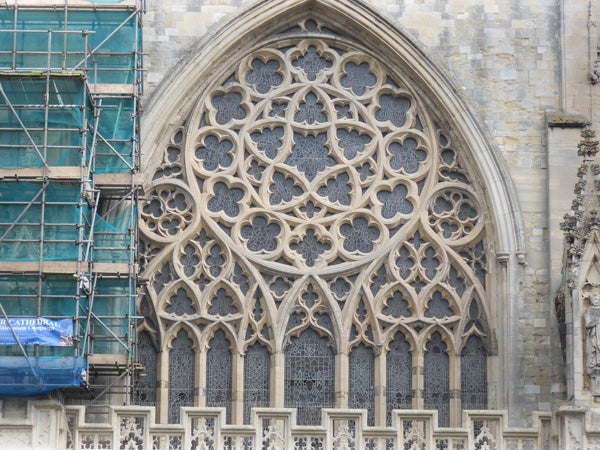 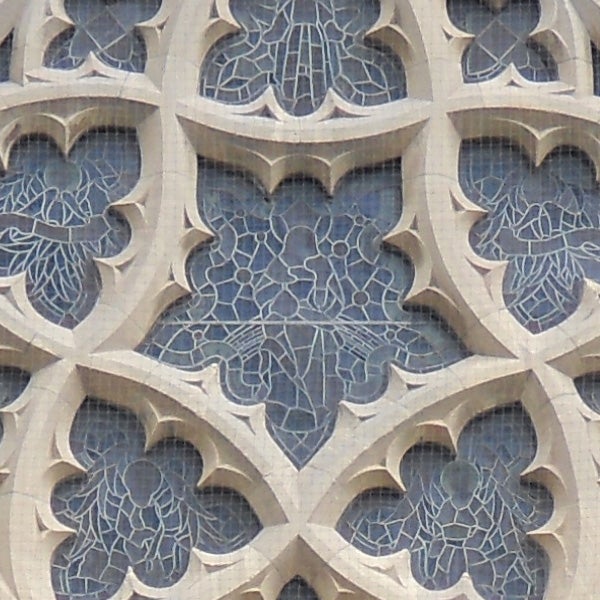 The level of detail is very good, although the image does have a hint of being over-processed. 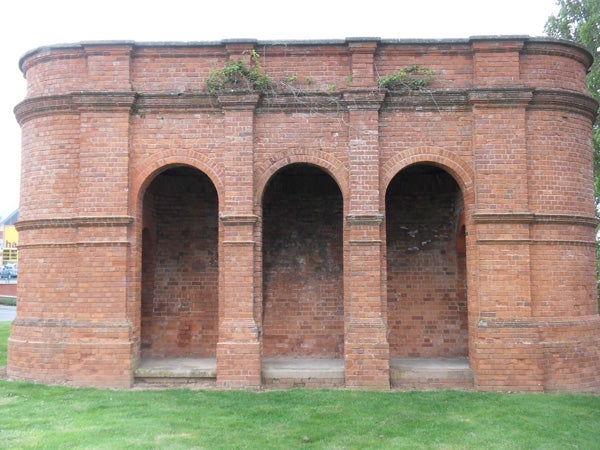 The lens produces very little barrel distortion. Please excuse the lack of my usual distortion shots, there was a lorry parked in front of my favourite wall! 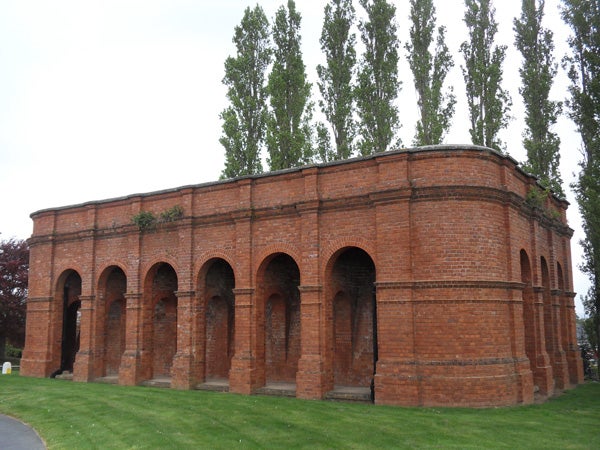 The wide-angle end of the zoom is equivalent to 38mm, a bit narrow even for this type of camera. 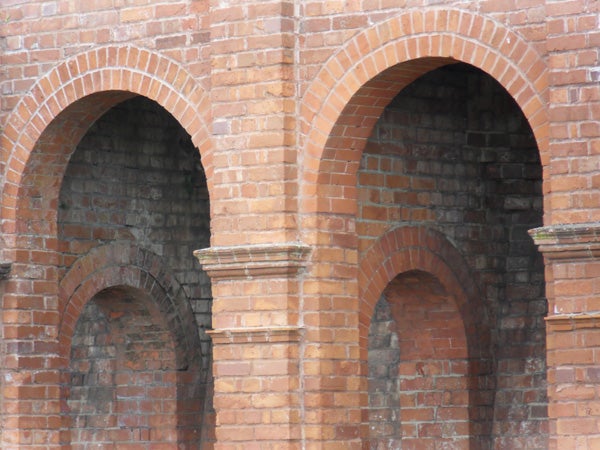 The long end of the 5x zoom is equivalent to 190mm, a good medium telephoto. However there is some camera shake on this shot, at a shutter speed of 1/30th of a second. 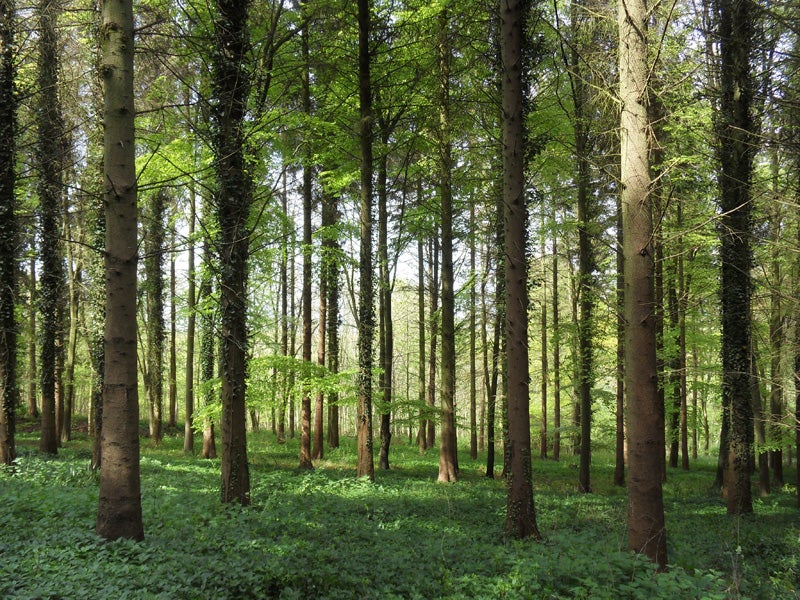 The colours are a little under-saturated, mostly because the picture is slightly over exposed. 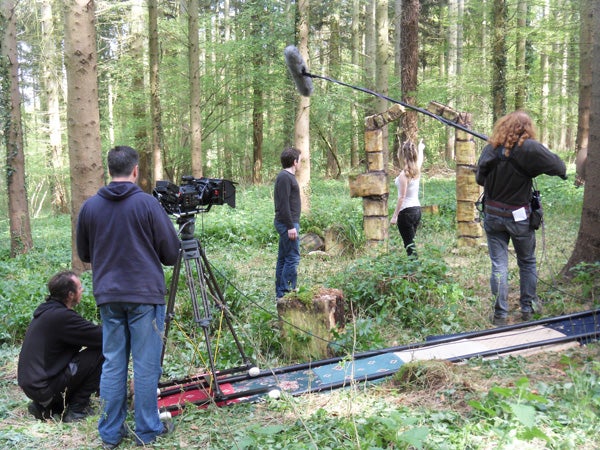 The ability to turn off the shutter sound and shoot silently meant I could take pictures while the sound was rolling. 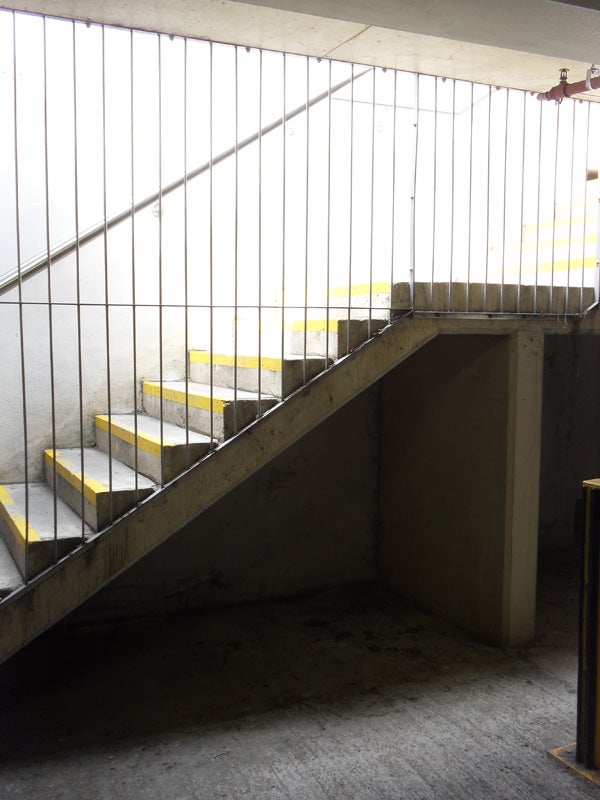 The exposure meter has burned out the highlights, but the shadow detail is good. 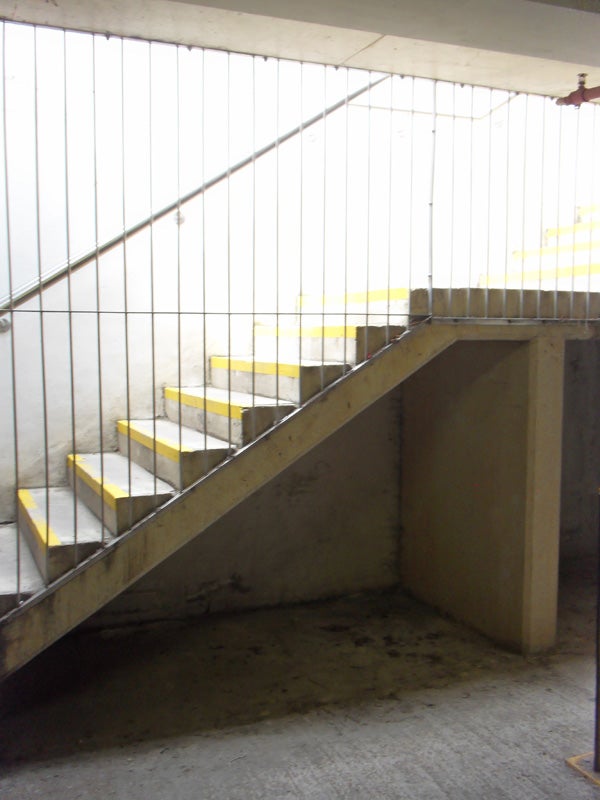 The same shot with the Auto Contrast Balance switched on. The highlights are still burned out.