As with most industries producing consumer goods, digital camera companies will often make the most of their investment in research and development by launching several very similar models, reusing the same basic design and sharing most of their components and features, but differing in a few details to produce a range of distinct products. Sometimes the result can be surprising. For example the Panasonic TZ3 differs from the TZ2 only in the size of the monitor screen and an extra megapixel of resolution, but the result is a significantly better camera. However sometimes the surprise works the other way. Samsung has two very similar cameras in the 8.1-megapixel NV8 and today’s camera, the 10.1-megapixel NV15, but in this case adding more megapixels has not produced the desired effect. 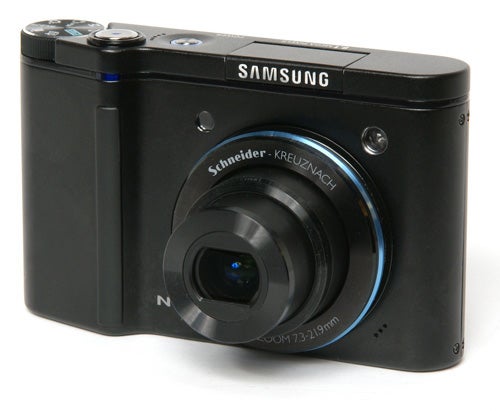 Outwardly the NV15 is all but identical to the NV8. It has the same attractively designed all-metal body, following the styling lines common to the rest of the NV series. It has a small but useful handgrip on the front and a strap lug that doubles as a thumbgrip on the back, and it feels very secure and comfortable in the hand. External features include the 3x zoom, f/2.8 – f/5.2 Schneider-Kreuznach lens (equivalent to 34 – 102mm), a 2.5-inch 230k monitor and Samsung’s innovative Smart Touch control system. I’ve mentioned this system in several previous reviews, so I won’t go into too many details here, but suffice it to say that I really like it and find it an extremely quick and intuitive alternative to a conventional menu system. Apart from the model number on the front and the numerals on the top panel describing the sensor resolution, the only external difference to the NV8 that I could find is a slightly darker coloured shutter button. 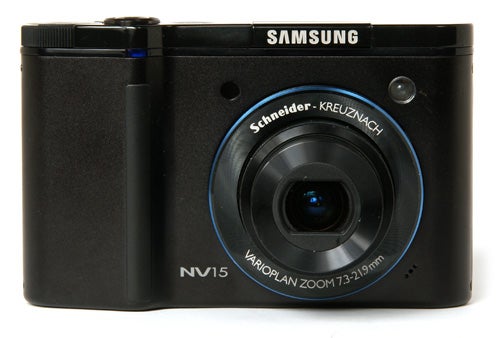 As with the NV8, build quality is exceptional and the camera feels solid and well made. The controls all operate smoothly with a nice positive action, and are securely mounted with no pocket-snagging protrusions. The camera starts up very quickly in under 1.5 seconds, and shuts down again just as fast, and the monitor screen is nice and bright with a fast refresh rate and a wider than average angle of view. 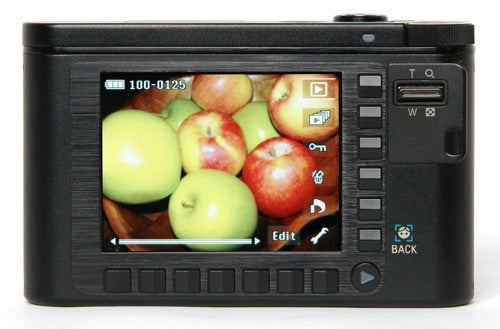 Not surprisingly the NV15’s feature set is identical to the NV8. It features the ASR (Advanced Shake Reduction) system, a combination of digital image stabilisation and boosted ISO sensitivity that reduces the effects of camera shake at slow shutter speeds. It works pretty well for a non-mechanical system, and it is possible to over-ride its chosen ISO setting, escaping the increased image noise that inevitably results, but it’s not as good as the optical image stabilisation systems that most of its rival use, or indeed that Samsung uses in some of its other cameras.


Like the NV8, the NV15 has some limited manual exposure control, with shutter speeds of 15 seconds to 1/500th of a second available, and either minimum or maximum aperture. It’s not quite as much control as I’d like, but it does at least offer some creative potential. There are other creative options available, including an animation feature that turn a short sequence of photos into an animated GIF file. 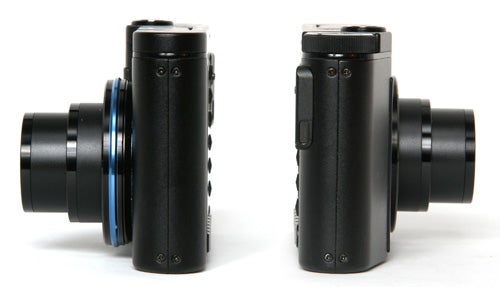 One interesting feature that I neglected to mention in my review of the NV8 is the unique charging system. Both cameras (and several of Samsung’s other compacts) can be charged from the USB port of your computer, via a hybrid charging/data cable. The supplied transformer has a USB-style socket on it which also accepts this cable. I think this is a great idea, and I wish that more personal electronic devices worked in this way.

Also not too surprisingly, the NV15’s overall performance is also identical to the NV8. The camera starts up very quickly in just over 1.5 seconds, and shuts down again in about the same. In single shot mode it has a shot-to-shot cycle time of just over 1.5 seconds, while iIn standard continuous shooting mode it can manage 1.2 seconds per shot, checking focus before every frame. There is also a high-speed burst mode that shoots three frames in approximately 1.5 seconds, and a motion capture mode that shoots 20 frames at 7fps, but only at 1024 x 768 resolution. The autofocus system is also nice and quick, acheiving focus in well under half a second, although it slows down somewhat at telephoto settings. Low light performance is very good, focusing quickly even in very low light, and it can focus in total darkness at a range of a couple of metres thanks to a bright AF assist lamp. Flash range, exposure and coverage is also very good, with a quick flash recharge time of about four seconds. 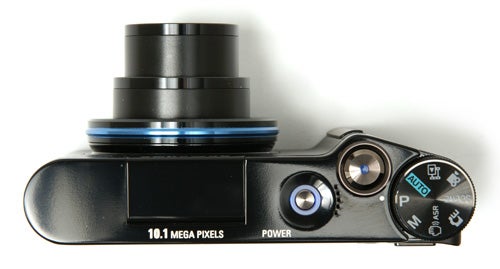 The major difference between the NV15 and the NV8 is one of picture quality, and in this it serves as a fine example of why more megapixels does not always mean better photos. The sensor in the NV15 is actually slightly smaller than the sensor of the NV8 (1.41cm against 1.44cm), but has two million extra photocells. Smaller cells are less efficient at capturing light, resulting in less colour depth, less ability to capture shadow detail, and more noise, since the signal has to be amplified more. Comparing the sample shots that I took with both cameras, shot on the same day in identical conditions, it is obvious that the NV15 suffers from significantly more image noise at any given ISO setting, with major problems as low as 200 ISO, and that there is no significant improvement in the recording of fine detail. The difference in dynamic range is slight but noticeable, as was the relative loss of shadow detail. In short, if you choose the NV8 over the NV15 you can get the same range of features, the same style and the same performance, with better image quality and save yourself £25 into the bargain. 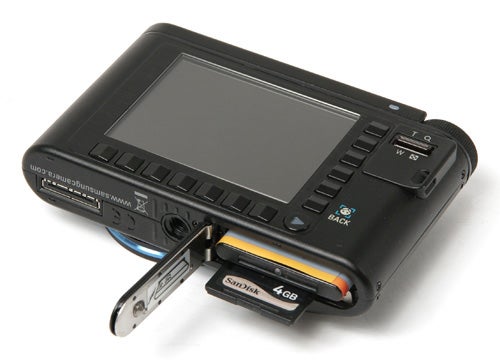 Like most of the cameras in Samsung’s NV range, the NV15 has distinctive style, first class build quality, good handling, exceptional performance and an interesting range of features at a very reasonable price. The Smart Touch control system is something you’ll either love or hate, and the USB charging is a very useful addition. Unfortunately it also suffers from rather poor image quality, with significant levels of noise at all ISO settings. The 8MP NV8 is a better camera. 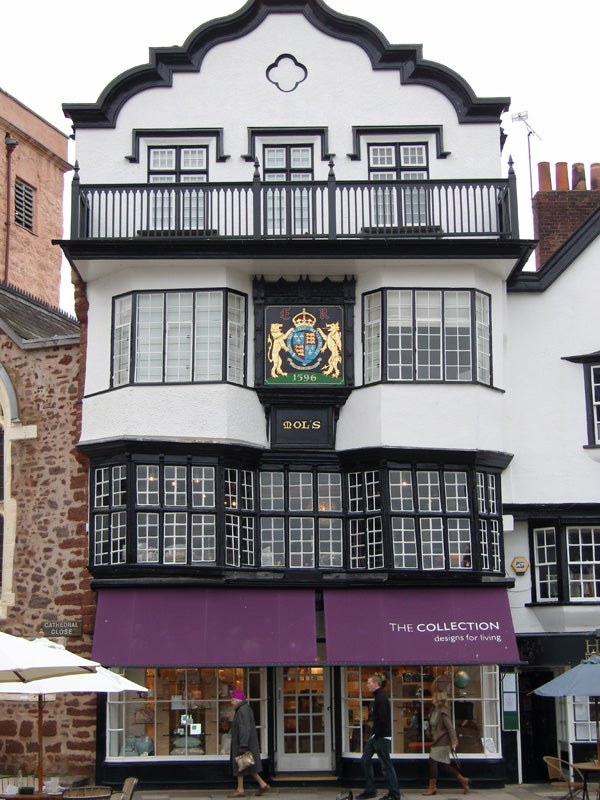 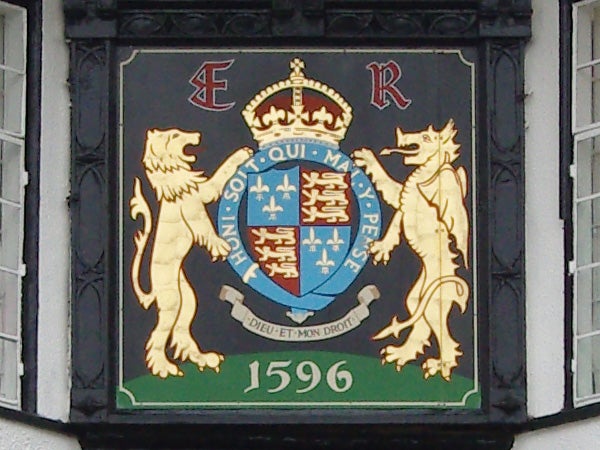 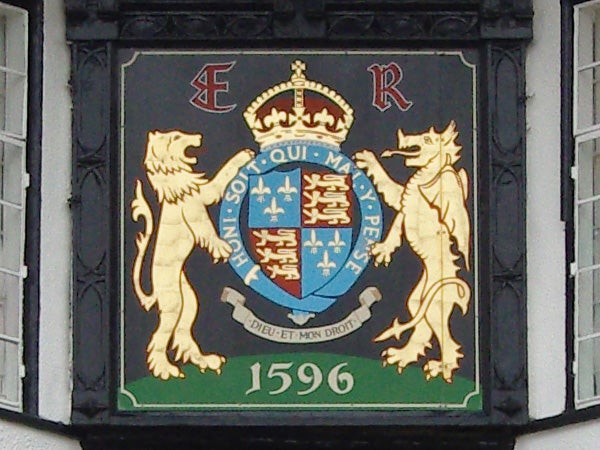 At 100 ISO there is colour mottling in the darker mid-tome areas, and some shadow detail has been lost to noise reduction. 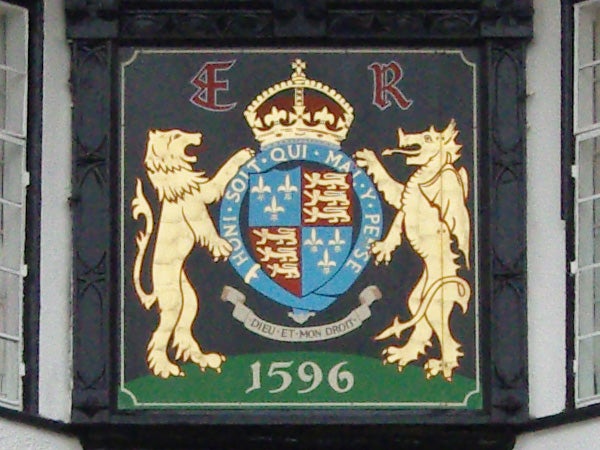 The noise is progressively worse at 200 ISO. 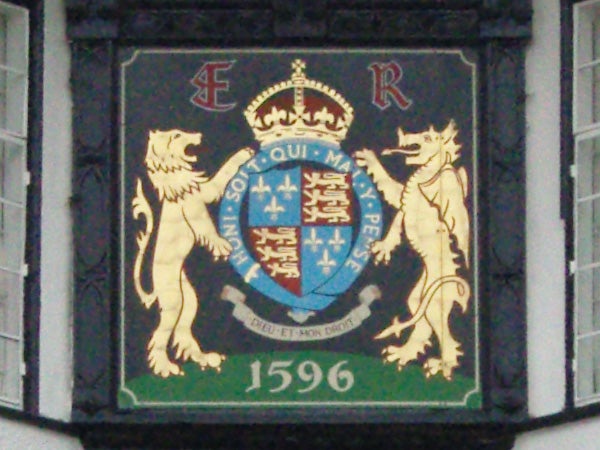 At 400 ISO most fine detail has been lost and the image quality is quite poor. 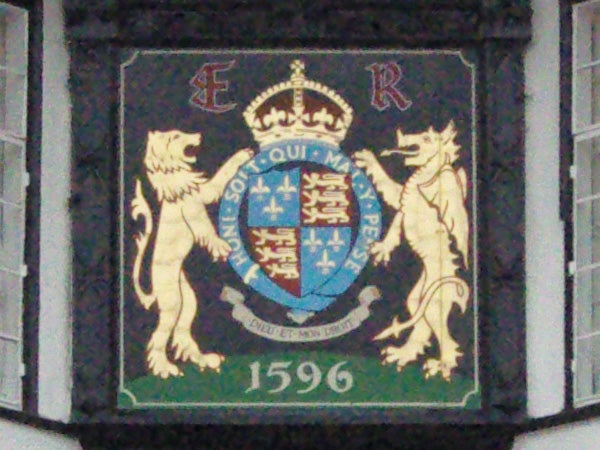 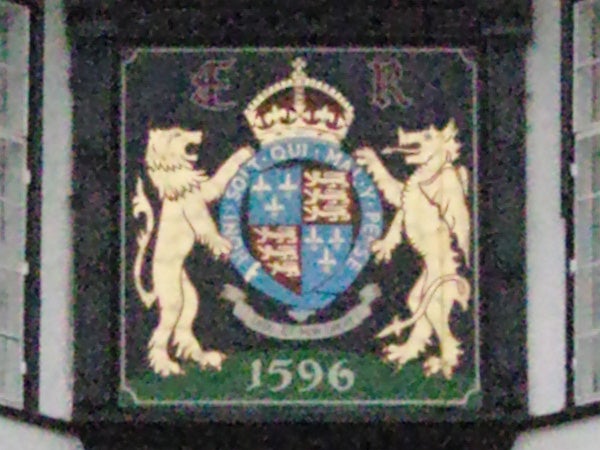 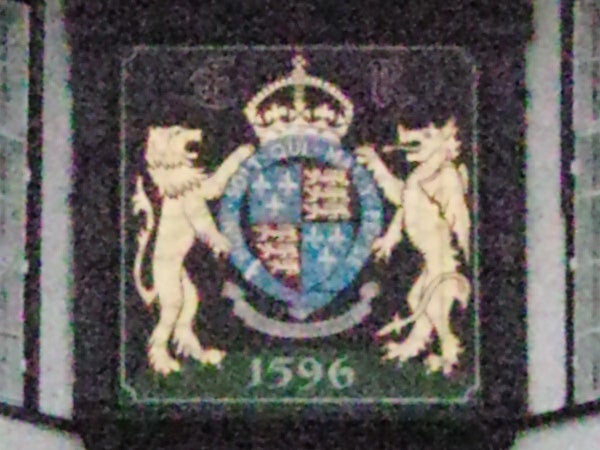 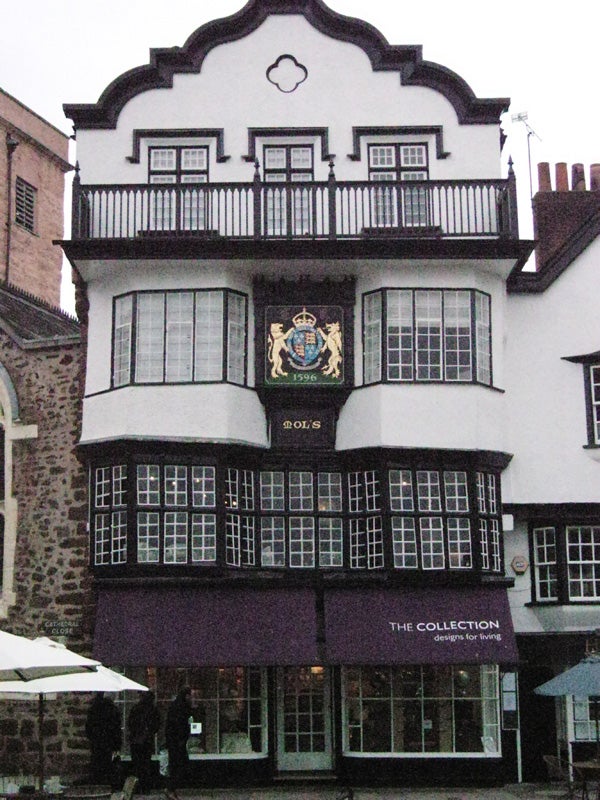 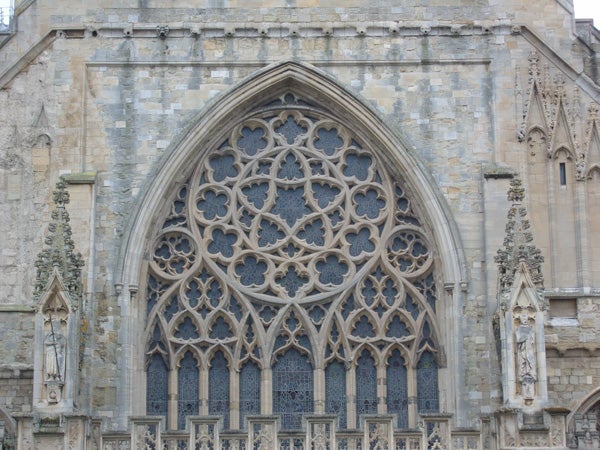 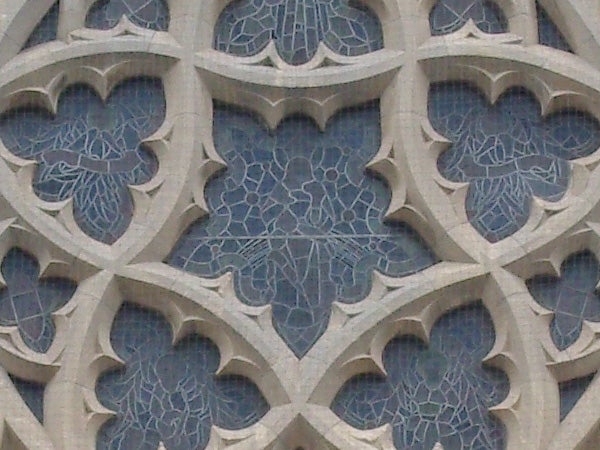 There is no significant advantage in recorded detail over the 8.1MP NV8. 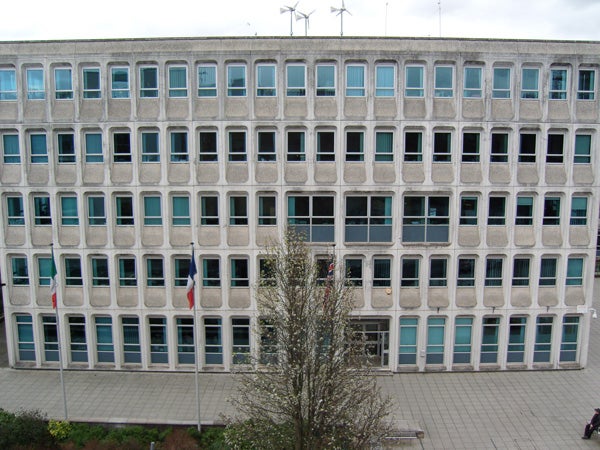 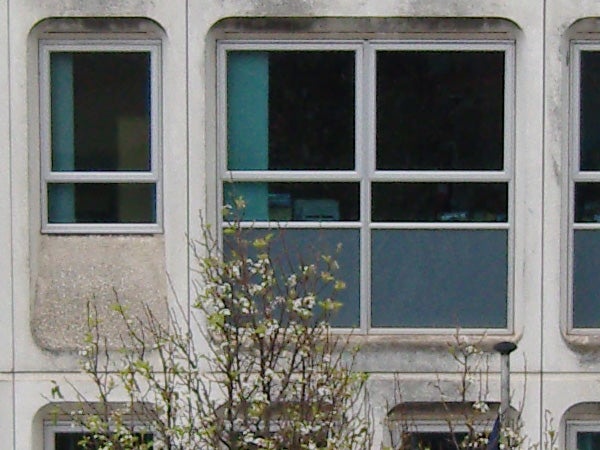 In this crop from the image above, centre sharpness is good, but there is visible noise in the darker areas. 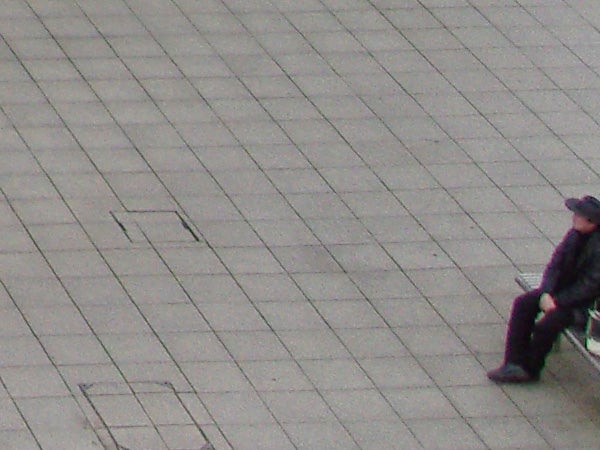 The Schneider Kreuznach lens produces good corner sharpness, but there is some chromatic aberration. 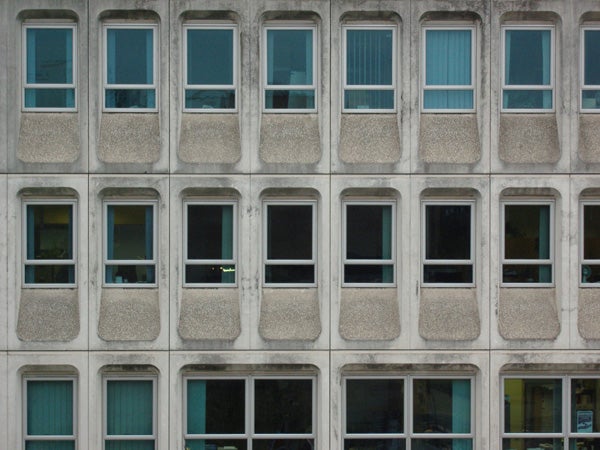 The same building, but at the telephoto end of the zoom range. There is very little pincushion distortion. 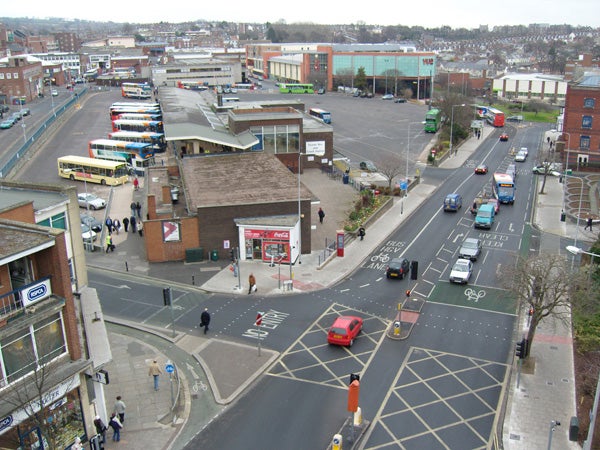 The wide-angle end of the zoom is equivalent to 34mm, slightly wider than average. 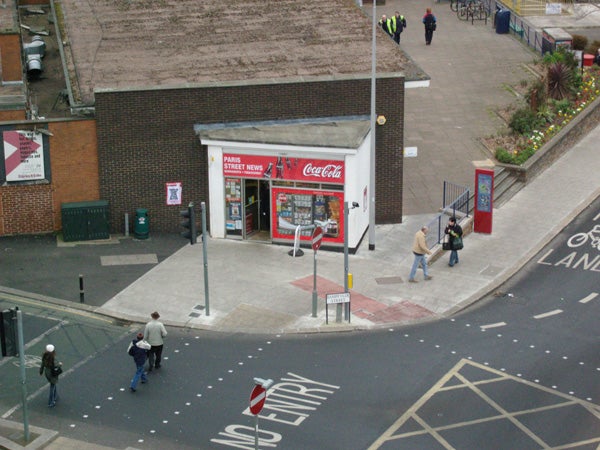 The telephoto end is equivalent to 102mm, good enough for a portrait shot. 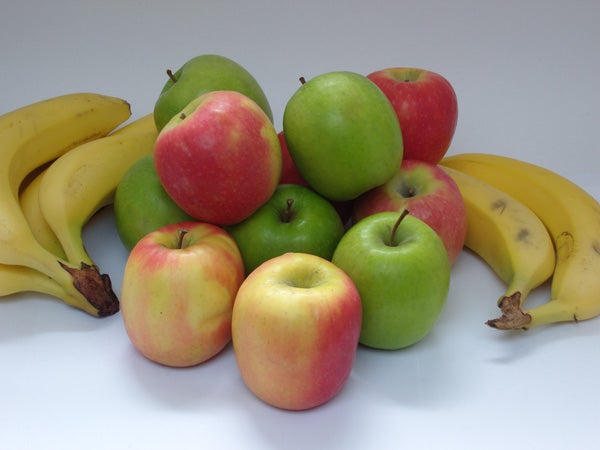 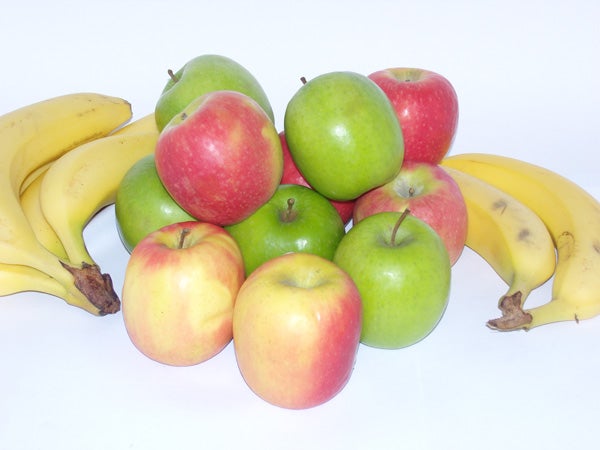 Close-range flash metering is poor. This shot is badly over-exposed.