Samsung isn’t the first company to attempt to ruggedize a netbook, the Dell Latitude 2100 beat it to that particular punch line, but it’s as much as it can do make netbooks remotely interesting at the moment. A variant of the N210 we reviewed earlier this year, the NB30 discards its shallower touches and adds a toughened shell and a free-fall protected hard drive. 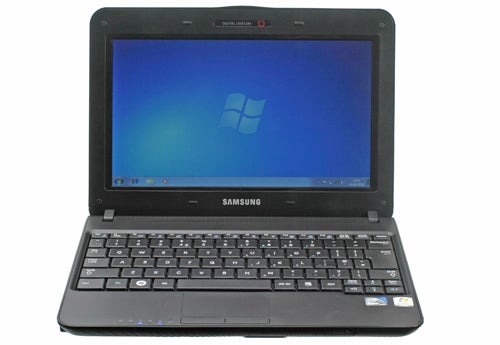 Don’t get ideas of ToughBook style ruggedness, though, the “toughened shell” we speak of is merely a wave like pattern that allegedly makes the NB30 stronger and more scratch resistant. It’s hardly a revolutionary step, and though it may have some effect on the NB30’s ruggedness, it’s only marginal.


As for the free-fall protected hard drive, it’s a good addition, but one that Toshiba has had on its netbooks since the original NB200. Nonetheless, if you’re particularly prone to dropping things, free-fall protection – where the drive heads are parked when motion is detected – is a good thing to have. 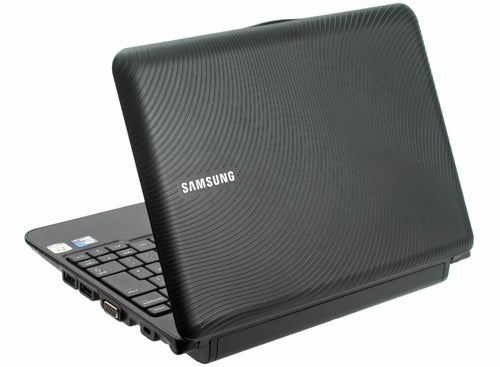 Elsewhere, the NB30 is the same netbook we’ve reviewed several times over. It has a 1.66GHz Intel Atom processor, 1GB of RAM and a 250GB hard drive, with Wireless-N Wi-Fi and Bluetooth rounding off the wireless connectivity. A 10.1in screen, and its incumbent 1,024 x 600 resolution display, is another given, though Samsung wins brownie points for using an anti-glare finish. 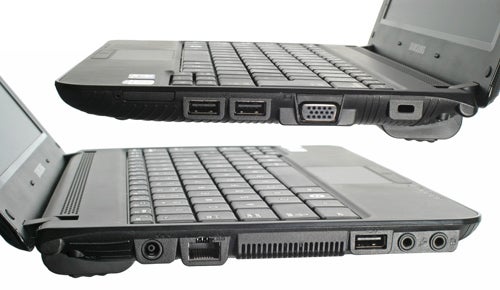 For wired connectivity you get the usual suspects, which include three USB ports, VGA, audio jacks, Ethernet and a memory card slot. This is perfectly sufficient for most demands, and there’s the added bonus of one of the USB ports supporting standby charging. This is a great feature for anyone who wants to charge their phone, but doesn’t have the mains power adapter to hand.

Like most of the netbooks being released now, the NB30 has Windows 7 Starter edition installed. This is a stripped down version of Windows 7 intended specifically for netbooks, which does away with the bits of Windows that aren’t strictly necessary. This helps it perform well enough, as well as Windows XP by our reckoning, though some of the limitations – such as the inability to change the desktop background – seem a bit unnecessary. 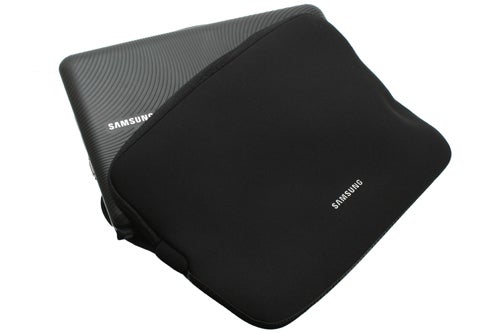 Of course, being a netbook, the NB30 is limited in its performance. While it copes adequately with day-to-day browsing, media players and basic productivity, multiple applications and demanding HD video stretch the limits of its capabilities. At a push you might manage 720p h.264 video, but HD flash video is out of the question.


Battery life is where netbooks continue to strive, though, and the NB30 particularly so. Its six-cell, 5,900mAh capacity battery is the same as that found in the N210, and produces equally good results. With wireless disabled it lasted over eight hours of video playback, which is a very good result by any measure. 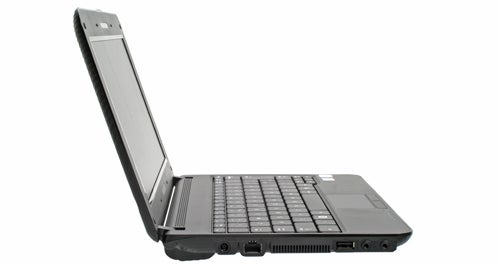 This is also a very nice netbook to use. Its keyboard, the keys of which are flat with nice rounded edges, offer extremely pleasant and crisp feedback that belie their relative shallowness. Combined with a good layout, it makes the NB30 one of the best netbooks to type on available. Indeed, we’d go so far as to say the keyboard on the NB30 is actually better than that of the N210, though not by an order of magnitude.


Like the N210, the screen on the NB30 is very good, too. It’s extremely bright, and its viewing angles are surprisingly generous considering the price. Its anti-glare finish is another boon, making the NB30 particularly good for working outdoors and on the move. 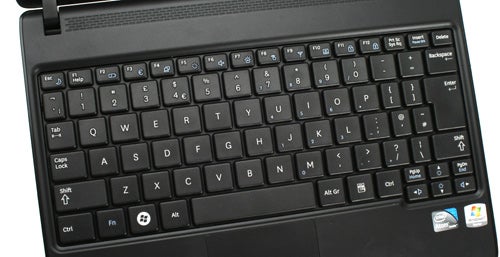 All these factors make the NB30 an excellent netbook, but then so was the N210 it’s based on. Indeed, this is the NB30’s main problem. While addition of a free-fall protected hard drive is a good one, it’s far from a steadfast guarantee of ruggedness and neither is the ‘ribbed’ chassis. As such, you may was well got get an N210, which is about £20 cheaper, and simply treat it well.


A perfectly good netbook, the NB30 just doesn’t do enough to justify the extra outlay over its near identical sibling, the N210.