Netbook technology has been moving at a relatively glacial pace thus far, but while Intel is still tinkering with Pine Trail (its second generation netbook platform that’s due early next year), nVidia has been attempting to muscle in with its Ion platform. It addresses Atom’s main issue, its poor integrated graphics, but until now we’ve only seen Ion in nettops like the Acer Aspire Revo. Now we have one of the first netbooks to use Ion, the Samsung N510 (NP-N510-KA02UK).


In fact the N510, an 11.6in machine with a handsome 1,366 x 768 resolution display, uses an Ion LE chip. This is basically a Windows XP variant of the normal Ion chipset, itself based on the 9400M chipset found in MacBooks (among other things), which drops the DirectX 10 functionality that’s no longer needed since Windows XP doesn’t support it. What you’re left with is a very capable graphics chip that has one important trick up its sleeve: HD video decoding.


Specifically we’re talking H.264 here, though the oft forgotten fact is you need a software player capable of GPU accelerated video playback. To its credit Samsung does provide such a piece of software in the form of Cyberlink Power DVD 8, but we’d recommend using the freeware Media Player Classic Home Cinema, whose file format support is a little wider. It’s not quite as user friendly, but it’s ultimately more powerful and lightweight to boot. 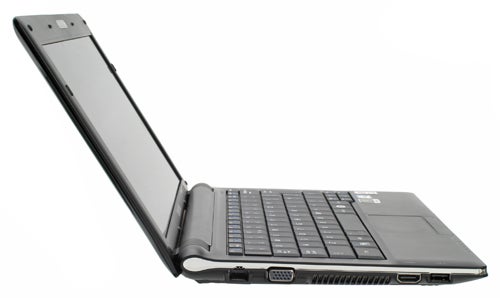 We tested the system using a number of HD trailers and clips (both 720p and 1080p) and playback was flawlessly smooth, with CPU usage hovering around the 25 to 30 per cent region. Attempt to play back such files on a vanilla Atom netbook and you’ll get nothing but judder and dropped frames. Another bonus, in stark contrast to the hot and windy Acer Ferrari One, is the N510 remains cool and quiet throughout.


nVidia would have you believe that Ion also delivers gaming potential on netbooks. This is true if you take Intel integrated graphics as your yardstick, but defeating the 945GSE graphics core is rather like besting a horse with four wooden legs – it doesn’t take much. Ultimately, even in a relatively undemanding game like Trackmania Nations, the N510 could only manage playable frame rates (at native resolution) using the lowest, ugliest settings. Moreover, Atom’s limited processing power means prohibitively long loading times, making gaming a deeply unsatisfactory experience. Some casual games might benefit, though, so it’s not completely without merit. 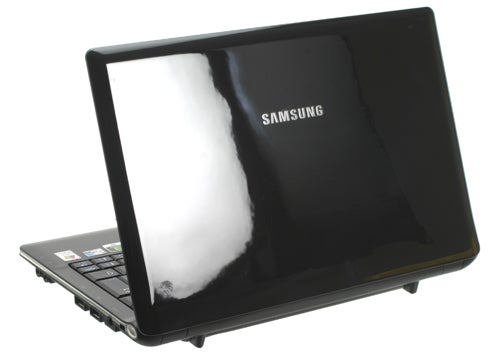 Since we’ve touched upon Atom’s limitations it’s worth noting that, besides nVidia’s Ion chipset, the N510 is much like other netbooks. There’s 1GB of RAM in support of the Intel Atom N280 processor, which bumbles along at the usual 1.66GHz. As ever it’s a combination that works okay for web browsing and other non-demanding productivity tasks, but rich media (high-res image editing, video editing etc) is tortuously slow. Moreover any HD video that’s not GPU accelerated, such as flash video, is out of the question.

Other hardware highlights include the presence of Wireless-N Wi-Fi, Bluetooth 2.1 + EDR and an HDMI output. This makes the N510 well placed to take advantage of HD content, either streaming over a network or connected to a monitor or TV. A 160GB hard drive provides enough space for moderate video, music and photo collections, but as ever is likely to be supplemented by external storage.

HDMI apart, connectivity is pretty standard, with VGA the other video connection, three USB ports, a memory card reader and audio jacks for headphones and microphones completing the package. One nice caveat is the addition of a ‘sleep & charge’ USB port, so you can charge your phone or MP3 player even when the machine is turned off.


As designs go the N510 is subdued, but in a good way. Its glossy black lid makes way for a smooth, matt black finish inside and Samsung has even done away with glossy displays, so reflections and over distractions are greatly reduced. Being based on an 11.6in display makes the N510 a fair bit larger and heavier than 10in models, weighing in at 1.46kg and measuring 289mm across, but it remains perfectly portable and build quality is reassuring.

This extra space is a good thing where ergonomics are concerned, too. Samsung has never had a problem fitting good laptop/netbook keyboards, thus it’s no surprise to find the example on the N510 to be precise, well arranged and great to use. It’s the touchpad that’s the main beneficiary. Previous Samsung netbooks, like the original NC10 and its replacement the N110, both featured somewhat cramped efforts, but the one on the N510 is perfectly situated and generous in size. It’s just like using a normal notebook really.

It’s a fact that extends to the display, which is very impressive. Its 1,366 x 768 native resolution is very liberating, as is the aforementioned anti-glare finish. In general it’s better than many cheap laptops as well, boasting reasonable viewing angles, a nice neutral colour palette and truly razor sharp text production – an important factor on a small display such as this.


Audio performance, predictably, isn’t quite as accomplished. Despite Samsung’s best efforts to impress, adding ‘SRS 3D Sound Effect’ to the spec sheet, the two 1.5W speakers housed beneath the front edge of the machine are tinny and ineffective for anything but online video clips. This is fine, though. We don’t generally expect much more.

Battery life is always an important factor where netbooks are concerned and one in which Samsung generally excels. This is still true of the N510, although to a slightly lesser extent. Samsung quotes a very realistic ‘up to seven hours’ and this marries pretty well with our testing. 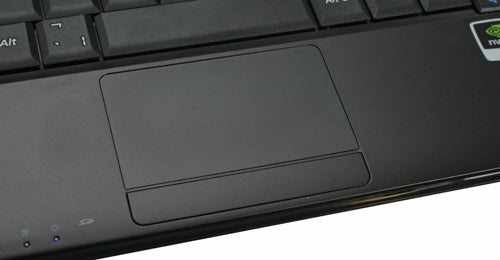 Utilising a six-cell, 5,900mAh battery, the N510 managed 5.71 hours of standard definition video playback at 50 per cent brightness. This isn’t outstanding by netbook standards, but is more than adequate by any other metric and should be enough for anyone but the most demanding user. Typical usage will vary between four to five hours for web browsing and close to seven hours if you maximise every power saving measure – something Samsung makes easier with its excellent power management tool.


All of which ought to leave the N510 in excellent shape, but unfortunately we feel it’s priced a little on the high side right now. At £399 it’s not quite extortionate given its benefits and compares favourably with some of the more expensive netbooks of recent months, but as ever things have moved on quite quickly, rendering such comparisons somewhat moot. 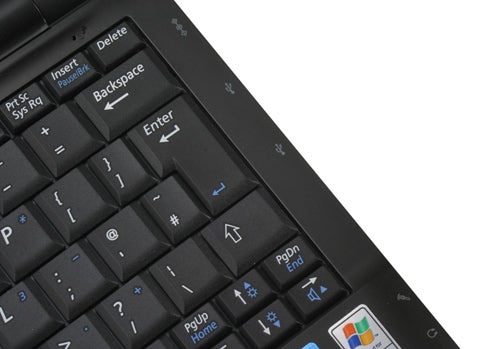 More pertinently the HP Compaq Mini 311c, another 11.6in, Ion LE touting netbook, goes for £319 and matches the Samsung in most important aspects. As such, though the N510 is a good step in the right direction, we’d hold fire until we get a better look at HP’s effort – our initial impression of which was very favourable. There’s also the Acer Ferrari One to consider. It doesn’t offer the battery life of the N510, but its dual-core processor is far nippier and it can also handle HD video and 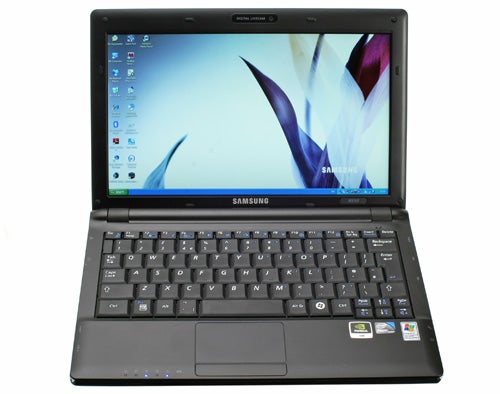 
If a netbook with HD video credentials is what you’ve been craving, the Samsung N510 is an excellent example. It’s a little on the expensive side, though, so it’s worth checking competing offerings before settling.