If there’s any company that can match Asus for the sheer variety of similar netbooks it brings out, it’s Samsung. Ever since the success of the original NC10, it has been prolific in bringing out new N-models, and today we’re looking at one of its latest, the N230. 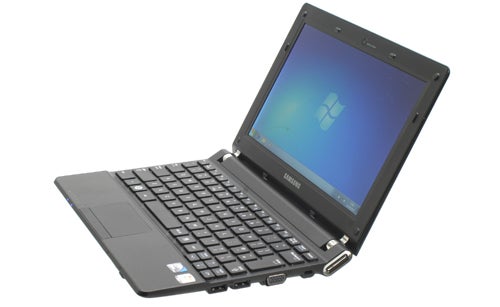 What sets the N230 apart from its peers and rivals? Well, for a start there’s a stunning battery life claim of over 13 hours! This certainly goes quite a way towards justifying the N230’s £330 price. Unfortunately, the only other headline-grabbers in terms of specifications are Bluetooth 3.0 (which doesn’t really offer enough over its predecessor to make it worth getting excited about for the average consumer) and SDXC support, which is the latest SD memory card standard and again has niche appeal (at least for now).


Aside from this, the internals of this latest Samsung netbook read much like those of most others on the market. It runs on the same slightly underpowered Intel Atom N450, a single-core, 1.66GHz CPU that’s adequate for daily tasks and should handle light 720p video in combination with Intel’s integrated GMA3150 graphics. Not that you’ll get the full benefits without hooking up to an external display, as the N230’s 10.1in screen sports the usual sub-HD 1,024 x 600 resolution. 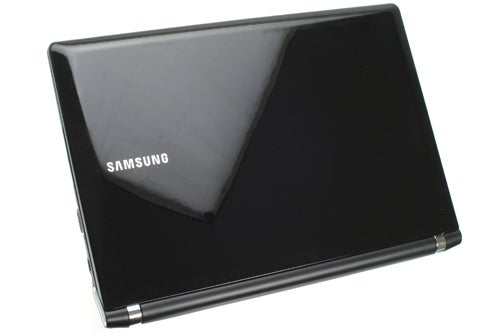 It’s backed by 1GB of RAM residing in the netbook’s single memory slot, which is just enough for Windows 7 Starter to be getting on with. Meanwhile permanent storage comes courtesy of a 250GB, 5400rpm hard drive.


Connectivity is also standard. Along the right you’ll find a non-Gigabit Ethernet socket, USB 2.0 port and headphone plus microphone jacks. At the front is a memory card reader that takes SD/HC/XC and MMC, while the right houses a further two USB ports and a VGA video output. On the wireless front, the aforementioned Bluetooth 3 is joined by Wi-Fi N.

In terms of design Samsung’s netbooks tend to be attractive, and the solidly built N230 is no exception. The lid is the same horribly glossy black that will show off every finger-print, but opening it up reveals a much smarter interior. The screen’s bezel with subtly integrated webcam and keyboard surround are matt, avoiding distracting reflections, while the palm rests and touchpad’s buttons sport a rather fetching brushed metal effect.


This is complemented by the machine’s sleek lines, tapered edges and chromed highlights. Nor is the symmetry spoiled by a power button, as in a nice touch this netbook sports a power switch along its front. As with the N210 before it, Samsung’s N230 is one of the better-looking netbooks available, though it must be said that the bland blue wallpaper Samsung has installed by default (a limitation of Windows 7 Starter being that this can’t be changed) is a very poor choice.

As seems to be universally the case these days, the keyboard on the N230 is of the isolation (or ‘island’, as Samsung calls it) variety. Unfortunately usability has been sacrificed for looks here, and the keyboard doesn’t match that found on the NB30. Key spacing is too wide and keys slightly too small for ideal comfort, while right-shift is more difficult to reach than it should be. Feedback on most keys is decent, but on a few it lacks crispness. Layout is spot-on though, with intelligent secondary function placement including volume and brightness controls on the cursor keys. Overall it’s not Samsung’s best effort but nonetheless quite usable. 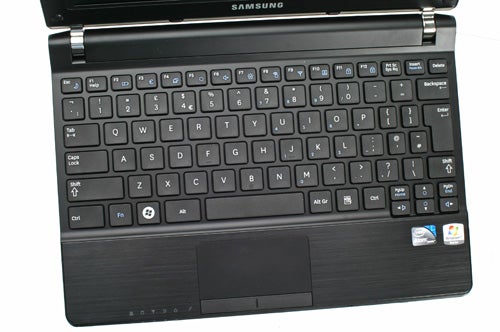 Thankfully we’ve few complaints about the touchpad. It’s a little on the small side, which combines with poor multi-touch sensitivity to make using it with more than one finger unpleasant. However, used as an ordinary touchpad, there’s little to dislike. It’s well integrated and positioned so it never interferes with typing. Its surface is pleasant, though the mild friction it creates is actually audible. Despite being integrated into a single rocker bar, its buttons don’t have a ‘dead-zone’ (meaning they click no matter where you press) and offer excellent feedback. 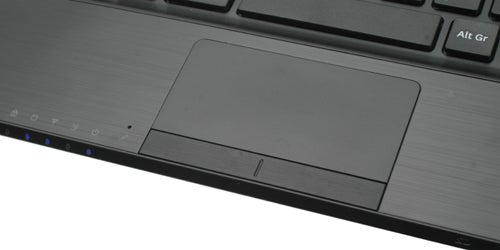 Getting onto visual performance, the N230’s 10.1in screen is decent, if not exactly best in class. Viewing angles are quite poor, meaning you have a narrow ideal angle and watching films with a friend may be a problem. Aside from this drawback and the display’s concordant inability to differentiate between the palest and darkest shades simultaneously, there’s virtually no sign of banding, backlight bleed or other undesirables, and text is sharp.


Despite a low 1.5W rating and inevitable tinny-ness given their size, the netbook’s speakers manage a decent level of volume with only slight distortion at maximum levels. SRS 3D actually helps to give the action a bit of body, though you’re still far better off using headphones or external speakers. 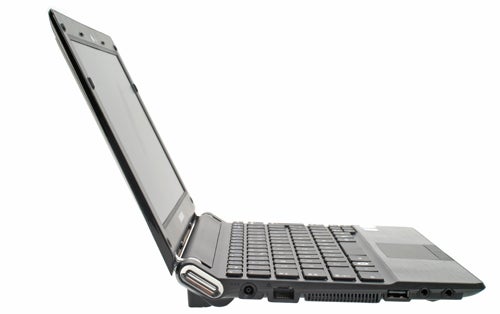 On the software front, it’s worth mentioning a few of the installed programs. On initial startup, Samsung’s Easy Speed-Up Manager‘s Boot Optimization takes well over 15 minutes, but appreciably speeds up subsequent boots making it well worth the initial run. Samsung Update Plus, meanwhile, ensures you always have the latest version of all the pre-installed programs. The most interesting addition is Fast Start. Similar to Windows 7’s Hibernate option, this saves your memory state to the hard drive – but it allows you to resume in under four seconds.


Of course the real standout feature for the N230 is meant to be its battery life, and while our sample’s 66 Watt-hour, 5,900mAh battery didn’t quite live up to Samsung’s 13-hour-plus claims, it nonetheless performed admirably. It managed just over eight hours of video with Wi-Fi and Bluetooth turned on (at 50 percent screen brightness), a class-leading result. This went up by around half an hour with wireless disabled. 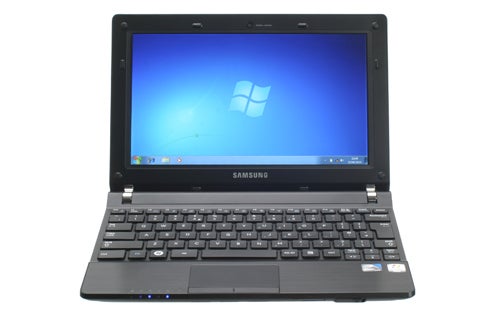 If you don’t need such long battery life or extras like Bluetooth, a cheaper option such as the Acer Aspire One D260 will give you similar performance for around £100 less than the N230’s £330 asking price. However, if you can afford it (and can live with its screen’s poor viewing angles), this Samsung offers a lot of nice touches and will last longer away from a socket than the vast majority of its rivals.


Despite the premium it demands, Samsung’s N230 suffers from a slightly sub-par screen and its keyboard is average at best. However, in most other regards it’s a good effort, with innovative software, stylish design and class-leading battery life going some way towards justifying the outlay.