Samsung’s history in netbooks is dominated by its very first entrant, the NC10. At the time it provided clarity to a market that was still searching for the perfect formula. It’s a formula that hasn’t changed a great deal, either. Had human evolution mirrored that of netbooks, we’d still be living in caves and thinking loin cloths were the height of fashion. Nonetheless Samsung, like everyone else, continues to plug away, the N210 being the latest entrant.


Like all the netbooks we’ve reviewed recently, such as the Asus Eee PC 1005PE, Packard Bell Dot S2 and Acer Aspire One 532h, the N210 is your standard 10.1in netbook but with the addition of Intel’s latest Atom chipset known as Pine Trail. Aside from the admittedly useful ability to now play 720p video, however, Pine Trail doesn’t offer a meaningful performance boost besides its even lower power draw. It’s not as if the 720p video playback is faultless, either – it really pushes the system to the limit. A game changer Pine Trail isn’t.


As ever, then, it’s down to manufacturers to add value through design, usability and features. Luckily Samsung has typically been stronger in these departments than most and continues this trend in the N210. From a purely superficial point of view the N210 is a very smart looking machine. Its dark grey, block patterned lid lends a subtle air of sophistication, particularly as it transitions into a transparent rim that frames the screen. This is further enhanced by the sensible use of matt black inside. This is design that’s both attractive and practical. 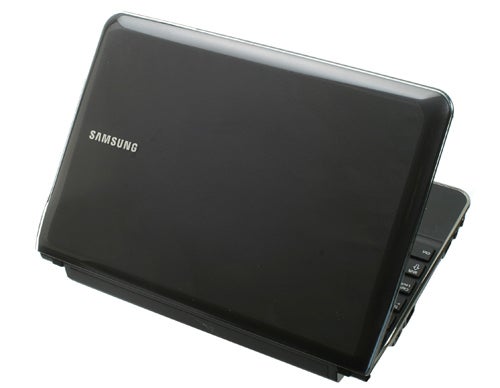 This pragmatic streak even extends to the screen. Unlike many manufacturers, Samsung has opted for a non-reflective, matt finish that instantly makes the N210 a more useful device when out and about. Samsung should be applauded given so many manufacturers find the lure of colourful, showroom-friendly images too much to resist.


Unsurprisingly the N210 does lack the richness and contrast exhibited by some netbooks, but in reality the difference is minor. Where the screen does excel is in its brightness, sharpness and, much to our surprise, its viewing angles. We can scarcely remember a netbook with such wide, generous horizontal viewing angles. 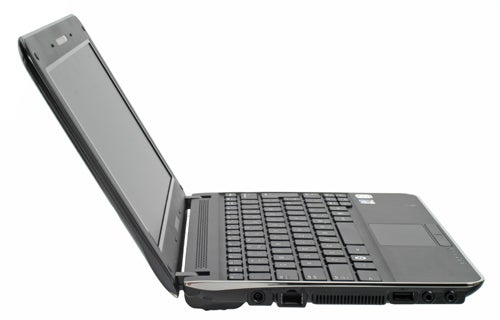 On the inside, of course, the N210 is little different to most competing models. It uses the Intel Atom N450 processor, which ticks along at a sedate 1.66GHz, backed by 1GB of RAM and a 250GB hard drive. Samsung is more generous in one respect, however, in offering both Wireless-N Wi-Fi and Bluetooth. Aside from that particular highlight, however, it is business as usual on the hardware side of things.

Since we’ve mentioned the samey hardware, we should also deal with another samey element: the connectivity. Remember the original Asus Eee PC 701? Well the N210 has the exact same options as it did: three USB ports, VGA, a memory card reader, and two audio jacks. Samsung does at least spring one pleasant surprise, however, since one of the USB ports supports standby power, so you can charge USB devices from the N210 even when it’s turned off. 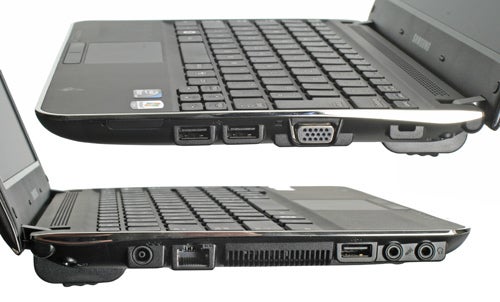 Another interesting feature is the use of Phoenix Technologies’ HyperSpace instant-on OS. Like DeviceVM’s SplashTop (also known as ExpressGate on Asus machines), it’s a Linux derived OS that’s meant to provide fast access to essential features. It certainly boots fairly quickly, reaching the desktop in around 35 seconds and a web browser in 50. By comparison it takes just over a minute to reach the Windows desktop.


In use, HyperSpace exceeds SplashTop in creating a more usable and useful desktop. On the left you get shortcuts to programs and web services, while the main body can be split into one or two columns and filled with widgets for Twitter, Gmail and popular news services (e.g. BBC, CNN), as well as useful functions like a calculator, to do list and notes. You can even have separate desktop tabs. Native applications include what looks like a variation on Open Office and a Real Player media player for video and music. Almost everything else is accessed via the web browser. 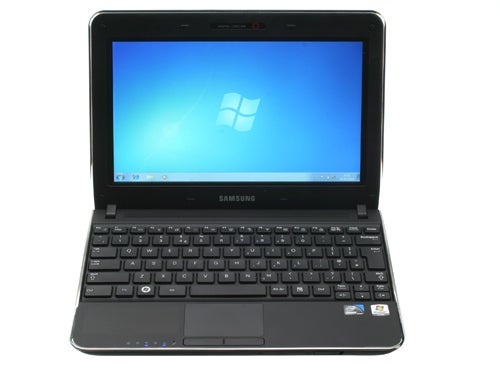 It’s all quite promising, but it has several issues. While it’s fast to boot, in general use HyperSpace feels a tad lethargic. Of course this is true of Windows, too, but ultimately the functionality on offer here is far too limited to justify itself. An extra 30 seconds or so is hardly a long wait and if instant access is such a priority, leaving the machine in standby is far more effective.


It also commands some system memory (user selectable between 128, 256 and 512MB), which leaves you even less memory for Windows. Another irritation is that if you boot into Windows from HyperSpace and then shutdown, instead of turning off the machine it returns to HyperSpace. We also encountered some problems getting the OS to discover our Wi-Fi network, a problem that miraculously solved itself in time. We can commend Samsung for trying to add something different here, but ultimately it feels a bit superfluous.

So the instant-on OS is only a limited success, but Samsung comes up trumps again with the N210’s keyboard. It has opted for an isolation keyboard here, which not only looks good but is fantastic to type on. Keys are a shade smaller than the likes of the Acer Aspire One 532h, but they’re large enough to be comfortable and offer up faultless precision and feedback. Allied to an excellent layout, it’s a recipe for success. Our only gripe is that the front edge of machine feels a tad sharp, which can be a problem depending on where your wrists fall.

In comparison, the touchpad is merely okay. It’s not the smallest or largest we’ve seen on a netbook, but it’s about large enough to be comfortable and its buttons perfectly usable. It also sports multi-touch support, although it’s not that useful on a netbook.


To our great surprise the speakers on the N210 aren’t too bad, either. While bass is barely noticeable, the two speakers – which are housed just below the front edge – reach impressive volumes and with decent clarity, particularly for dialogue.

All of which is nice, but battery life is the one thing we’re really after and Samsung duly obliges with a generous six-cell, 5,900mAh (66 Watt-hour) battery. We managed over eight hours of video playback with wireless disabled, putting the N210 near the top of the new crop of netbooks in the market.


As we’ve mentioned in our other recent netbook reviews, though, the N210 still has to contend with previous generation netbooks – including the NC10 – that are still on sale for around £50 less. Models like the excellent Toshiba NB200 still offer near identical performance and features for less, which makes it difficult to recommend these new machines outright. However, of the ones we’ve looked at so far, the N210 is definitely the best. 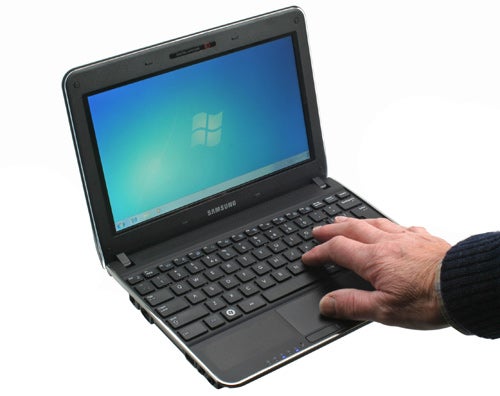 
Samsung continues to make all the right moves with its netbooks. While previous generation models still trump the N210 for value, among the new models it’s one of the most polished and complete.