Once all the rage, netbooks are now subservient to the latest tech craze: tablets. None has done more to eclipse netbooks than the Apple iPad, but just because people like talking about tablets and the iPad more than they do netbooks, it doesn’t mean netbooks don’t still have their place. Take the Samsung N130 as an example. This 10.1in netbook has no frills, no tricks or gimmicks on which to sell itself, but it’s cheap (currently around £230), well-made and very portable. Exactly like a netbook should be, in fact.


In many respects the N130 is the spiritual successor to Samsung’s original netbook, the much-loved NC10. Certainly on a component level there’s very little difference. Slotted inside the N130 is an Intel Atom N270 processor, 1GB RAM and a 250GB hard drive, with Wireless-N Wi-Fi on-hand for connecting to wireless networks. Only the hard drive (160GB on the NC10) and the Wi-Fi has been upgraded.


Other elements, such as the 1,024 x 600 resolution screen, are just as we’d normally expect. What’s more important is the presence of a decent, 4,000mAh six-cell battery that should ensure the N130 returns good battery life – always an important factor for any netbook, no matter the price. 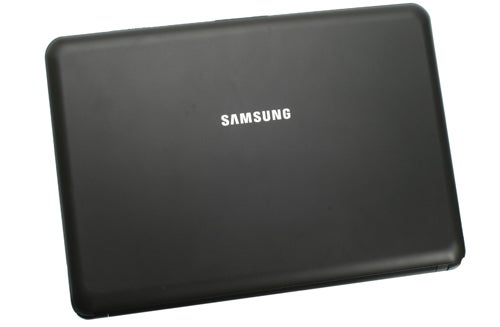 Should you prefer Windows XP then you’re in luck, as the N130 is still available with it installed. Our version, however, came with Windows 7 Starter Edition. It works just fine, though we’ve also installed Ubuntu Netbook Edition, which functions okay on the N130 – albeit with a few tweaks required.


All this is wrapped in a chassis that’s both elegant and durable. Unlike many of the more recent releases, such as the Acer Aspire One 532h or Asus Eee PC 1005PE, the N130 eschews all varieties of glossy plastic, instead opting for an entirely matt black finish. This might not catch the eye so readily, but the nicely tapered lid and body give the N130 an air of class that belies its bargain basement price. 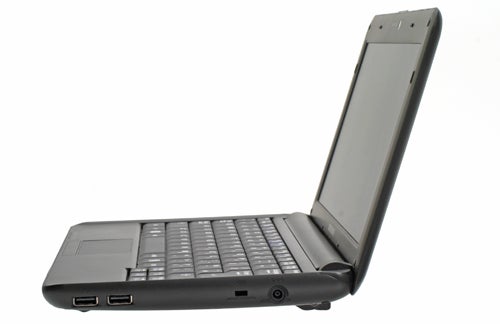 Another factor in the N130’s favour is excellent build quality. Despite weighing just 1.25kg it feels extremely solid and well put together, with nary a hint of creaking panels or dodgy joins. We have no doubt the N130 could survive a few bumps scrapes provided they’re not too grievous.

Connectivity on the N130 is little different to 99 per cent of netbooks. There are three USB ports, a couple of audio jacks, VGA for video, a Fast Ethernet port and (at the front) a memory card reader. This covers all the basics you really need, though the addition of standby charging on one of the USB ports might have been useful. 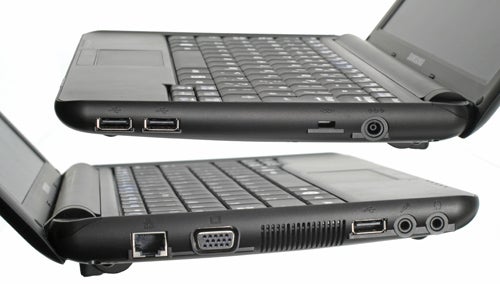 Samsung netbooks have traditionally had excellent keyboards and the N130 is no different. Its keys are a comfortable size and have nice crisp actions, making typing a relative breeze. This is supported by a good layout that’s enhanced by the cursor keys being slightly withdrawn. If one were being picky it would be nice to have a larger right-Shift key, but it’s a minor complaint.


This excellent keyboard is matched to a touchpad that works just fine. It’s a reasonable size for a netbook, and its buttons offer good feedback. 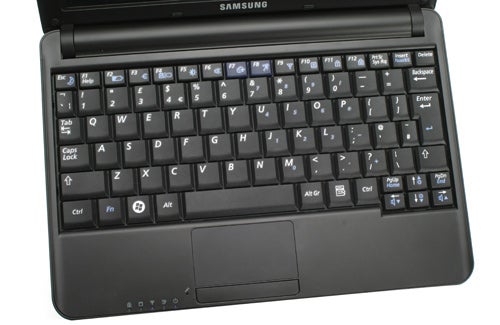 As for the screen, it’s a fairly nondescript affair. Its 1,024 x 600 native resolution is the same as that found on most netbooks, offering enough real-estate to fit web pages satisfactorily but not much more. Vitally, it has a non-reflective finish, which makes the N130 much easier to use when out and about. Colour production and detail levels aren’t outstanding but they are sufficient, and text is extremely sharp and readable.


Speakers on netbooks are rarely much to shout about, but the N130’s are particular poor. It doesn’t help that they’re housed beneath the front edge of the machine, but even so they’re very weak and tinny. Anything more taxing than an online video clip is to be avoided. 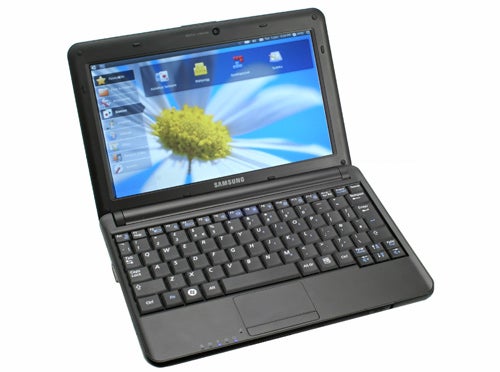 Far more important to a netbook is its battery life. Though the N130 has a six-cell unit, its 4,000mAh capacity isn’t quite as munificent as more expensive models such as the Samsung N210. Still, it can last up to five hours when playing video, which should suffice for the great majority of users.


There’s nothing flashy about the Samsung N130, but that’s kind of the point. It’s everything a netbook needs to be – no more, no less – and is priced accordingly. If that sounds good to you then it’s well worth looking at.