Innovation is always something we applaud, especially at times like these when every company and its dog seems to be converging on single design ideas. So the arrival of the Samsung MV800 is something we should cheer. From the first impression we got when it was announced at the IFA trade show, though, we’re not so sure. 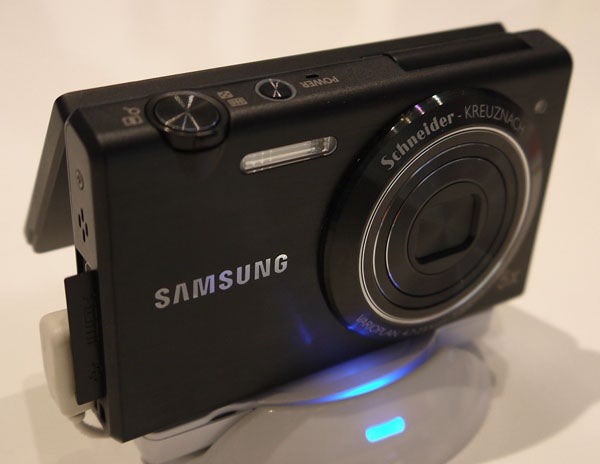 The Samsung MV800 Multiview is the latest addition to the company’s self-portrait oriented compact camera range, along with the existing 2View models. The idea of these products is to provide you with a screen that faces the same way as the lens, making it easy to take pictures of yourself and your friends. The 2View range did this in a slightly clunky way by having a second screen on the front of the camera whereas the MV800 does things a little different, employing a single screen that normally faces rearwards but can flip all the way up until it can face the front. 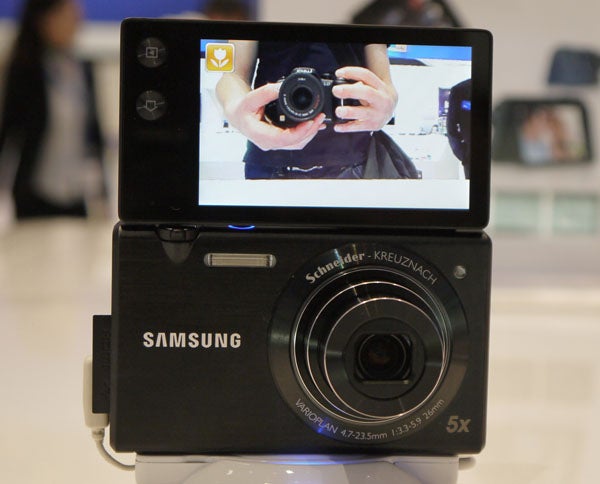 It’s a simple variation on the established flip and twist screens, generally found on larger, SLR-style, cameras, but is cheaper to produce and more compact. Unfortunately it’s also more cumbersome.

Normal operation of the camera is easy enough with just a power button, shutter button and zoom control on the top edge and two further buttons on the back – just power on, point and click. If you want to get creative your options are limited but the touchscreen menu does a good job for adjusting the basics such as ISO level, flash or scene modes (there isn’t a full manual mode). The lack of touch to focus was a bit of a disappointment though. 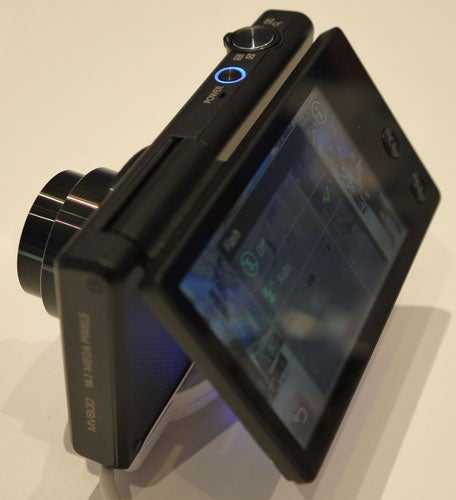 The camera’s solid build and textured finish gives you a decent purchase, and looks good too. Meanwhile the 3in OLED display isn’t dazzlingly brilliant and has a resolution of only 640 x 450, but it has good viewing angles and adequate brightness and sharpness for most situations. 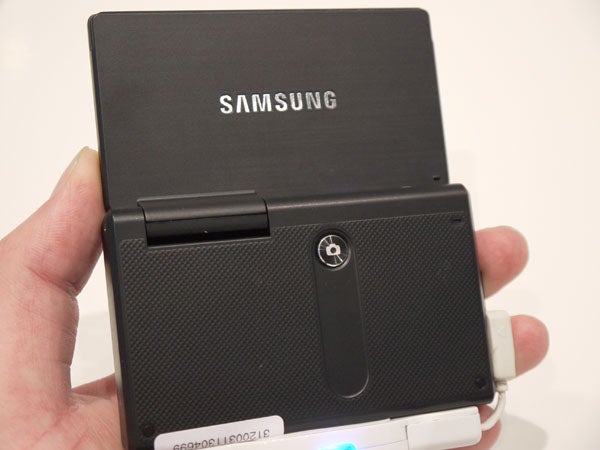 Samsung has even thought about how you’re going to operate the camera when the screen is flipped up on its sturdy, easy to use hinge; on the back there’s a second shutter button for more easily taking one handed snaps.

However, we just weren’t that sold on the whole flip mechanism. Yes, it allows the camera to be more compact and elegant than if it were to use a twist and flip screen, but it also doesn’t help you to shoot at any other awkward angle, whether off to the side or overhead. It does aid taking shots from waste height (where you have the screen perpendicular to the body of the camera) but the fact the screen is as wide as the whole camera means it’s still a bit cumbersome to actually take the photo – the screen gets in the way of the normal shutter button and you have to grope around to find the secondary one on the back. 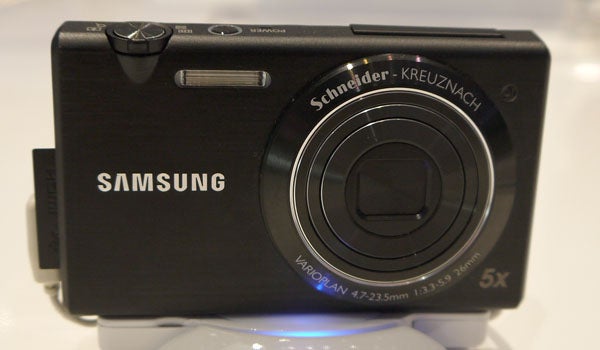 The 5x optical zoom (equivalent to 26mm-130mm) offers a decent range from quite wide to slightly telephoto. It, along with the 16megapixel sensor, produces okay results as well – at least looking at them on camera – with plenty of sharpness and no obvious lens distortion.

Ultimately, though, The Samsung MV800 seems to us to fill a niche that doesn’t really exist. Correct us if we’re wrong but is the ability to take handheld (rather than timed) self portraits really your biggest consideration when buying a camera? If it is, what’s wrong with the old self portrait mirror? However, at £200-£250, the MV800 is only a ”little” expensive considering its basic shooting abilities and is otherwise an attractive and well built camera. As ever, full judgement will come when we get one in for a full review.