Life at the bottom of the barrel can’t be much fun. The Samsung Monte Slider’s bigger siblings get all the attention ─ it’s not even pricey enough to earn mobile phone salespeople enough commission for an upsell on the high street. Competition in the ultra-budget sector is tougher than you might think though, so the Monte Slider will have its work cut out to prove itself worth around thirty of your hard-earned pounds. 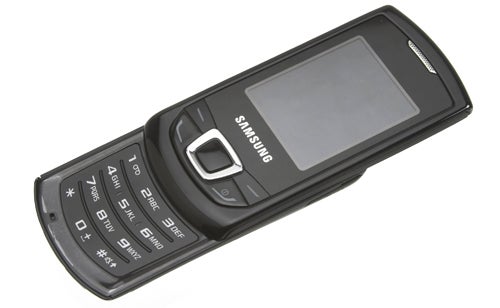 As affordable smartphones continually push their price floor further down towards pound shop territory, ultra-budget phones like the Monte Slider have a diminishing price bracket to work in. The result is that even though it can be bought for under £30 on pre-pay , the Monte offers expandable memory, a media player, FM radio, Bluetooth and somewhat limited internet connectivity over GPRS/EDGE. 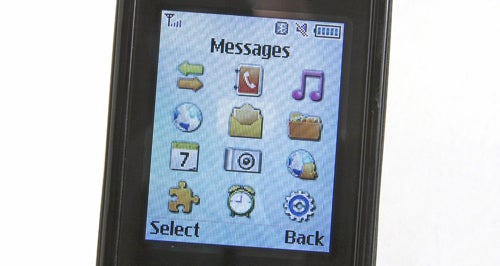 It isn’t these window-dressing features of the Samsung Monte Slider that impress though, it’s the phone’s build quality. The demographics now associated with these kind of cheapie handsets are the very young and old ─ those that haven’t yet been convinced an iPhone is a prerequisite for happiness – or those looking for a second, or third, handset to occasionally use and abuse. The Monte Slider’s tough plastic construction seems perfectly suited for these uses. We’d feel more confident dropping the Samsung Monte Slider from a pocket than the Samsung Galaxy S, and not just because it costs less than 10 per cent of the price.


The Samsung Monte Slider is a good old button-operated phone – there isn’t a touchscreen in sight ─ with a set of soft keys and a slide-out T9 keypad. The slider mechanism is smooth and firm, and there’s just one port on the phone’s sides to potentially fill with dust, sand or miscellaneous muck. To call it rugged would be to do phones like the JCB Pro-Talk a disservice, but the Monte Slider has been designed with a life stashed in a hostile pocket or handbag in mind.

The T9 keypad is also strong, with large, distinctly “clicky” buttons taking up almost the entire width of the slide-out panel. We would have preferred a slightly larger gap between the top layer of buttons and the end of the top part of the slider mechanism for comfort, but at this price it’s a small design niggle. 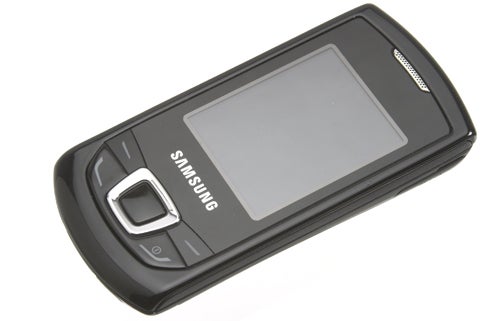 Less impressive is the Samsung Monte Slider’s screen. A 2in model, it leaves a black border surround and the 128 x 160 pixel resolution looks seriously pixellated even at this small scale. It may seem churlish to complain about resolution at this price point, but for just a few pounds more, the rival Sony Ericsson Spiro offers a larger, prettier 2.2in, 240 x 320 pixel display. Horizontal viewing angles are fine, but tilt the Monte Slider up or down and the contrast is affected fairly seriously. This can make the screen a little uncomfortable to look at when the phone isn’t held completely still.

The Monte Slider has just 13MB of internal memory but, with a microSD slot nestled under its battery cover, it has the potential to take on the role of portable MP3 player. A couple of serious issues stop this prospect from being attractive though.

The Samsung Monte Slider uses a proprietary headphone jack, using the slot that doubles as a charging socket. A pair of above-average quality, if uncomfortable, buds that use the proprietary connector are supplied, but to use your own headphones you’ll have to buy a separate adaptor. And if you’re not looking to spend much more than £30 on your phone, extra expenditure is the last thing you want.


Problems also arise once you fire-up the built-in music player. You can’t browse through your music by album or artist, only as a complete list of songs or using playlists. These can be made on-the-fly, but it’s no replacement for a proper navigation system. 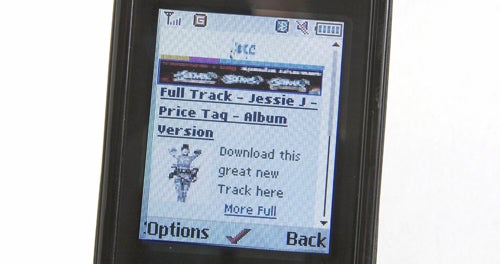 Moving tracks onto the Samsung Monte Slider isn’t graceful either. Bluetooth, web downloads, and transferring directly to the microSD card are all options, but there’s no bundled USB cable – although an option within the phone’s Settings menu suggests mass storage mode is an option, with the right cable equipped. Once again, an extra purchase is required.


With a shuffle feature included, the Monte Slider’s limitations shouldn’t hold back occasional casual listening, but for music fans the 3.5mm jack-equipped Sony Ericsson Spiro would be a better choice.

Critically appraising the Samsung Monte Slider’s 1.3-megapixel camera feels less worthwhile, but it dares us to with the proudly-emblazoned “1.3 MEGA” tag along its back. You’ll need Bluetooth to transfer files to your computer easily, but you’re not missing out on much if you don’t. Photos have a milky haze to them, lacking detail, and colours are washed out. For snapping the odd picture to use as your phone’s wallpaper the camera is fine, but it can’t cope with anything much more taxing.


Samsung must have made the Monte Slider knowing that these peripheral features would be ignored by many of the phone’s buyers – but like crisps and nuts in a public house, a phone just doesn’t seem right without a camera and the ability to play MP3s these days. If you’re looking at the Monte Slider as nothing more than a simple, robust calling and texting machine, it’s great value. If you want your phone to double as an MP3 player, or a casual camera to make photos to show off to your Facebook friends, look elsewhere. 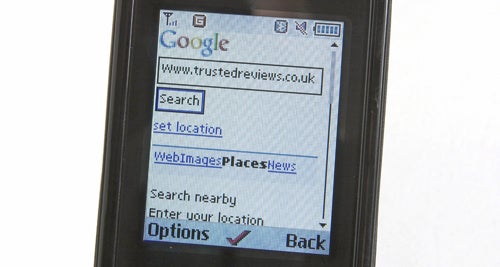 
Sturdier than its price tag deserves, the Samsung Monte is a quality ultra-budget device for those who just want a calling and texting machine to treat without much care. With a proprietary headphone jack, low-resolution screen, and abysmal camera, don’t go expecting it to shine in any other capacity though.