Anybody remember Samsung’s Ultra range of handsets? Gordon was getting excited about them as far back as February 2007. I’ve seen a fair few handsets in the range, but the Ultra branding has slipped from consciousness somewhat. It is back here, but in a sort of sideways way. This new Samsung mobile has its official numeric designation of S7220 and a snappy name, Lucido. Look on the box and you’ll also see ‘Ultrab’. OK, then, so this is an Ultra handset, but Samsung isn’t shouting about that. 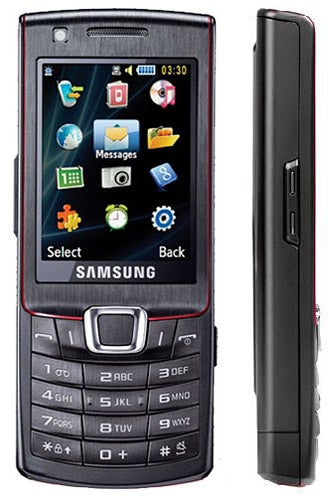 It does, actually, have the look and feel of a member of the Ultra range. The build is quite sleek, the handset is fairly tall and thin, and for a model that’ll cost you less than £150 SIM-free, it does look something of a charmer. It is perhaps a bit on the rangy side at 114mm tall, 46.3mm wide and 11.8mm thick, but it is light at 88g.


The numberpad is very well made. The number keys are large, and raised towards their bottom edge, making it easy to find and hit them accurately at some speed. The navigation button isn’t huge, but its raised surround again makes it comfortable to use. I do, though, have to whinge about the soft menu shortcut keys. These are inside the Call and End keys, butted right up onto the navigation button. I kept hitting Call or End by mistake when going for them. However, I guess over time you’d get used to the positioning. 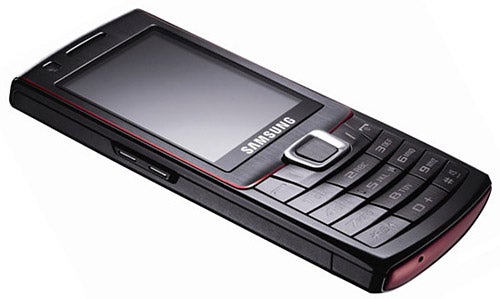 The screen is not vast – we are talking candybar handset here, after all. At just 2.2in, it isn’t ideal for data-rich activities. This is a shame, as the 320 x 240 pixel AMOLED screen really shines out at you, the automatic screen rotation worked well, and the HSDPA support to 7.2Mbps downloads means web pages loaded with a good turn of speed.


You won’t want to spend too much time on complex Web sites, but when you do need to check the news, Facebook or whatever, you have the facilities to do so. Downloading Opera rather than trying to live with the provided browser will make things easier.


As a standard candybar handset, the Lucido isn’t a touchscreen model, so you’re back in fairly old-fashioned menu-driven land here. There’s nothing particularly special about Samsung’s user interface, though the theme system is quite extravagant. There are three main themes to choose from. Pick one and you can either use it as is or twiddle with it to the nth degree, changing the background, icons, fonts, colours and, well, pretty much everything.

There are a couple of neat features I’ve seen before that deserve a mention. You can turn the phone over to mute it – handy if it rings when you are in the middle of an important confab and you want to impress whoever you are talking to with the fact that you aren’t going to take a call while you chat.


At the complete other end of the spectrum, you can hold down a button (the default setting is the bottom of the navigation button), and the phone will ring as if there were an incoming call. It could be useful if you want to get out of a confab. But be careful you don’t show anyone near you the screen. It will be displaying a message – ‘Fake call activated’. Oops! 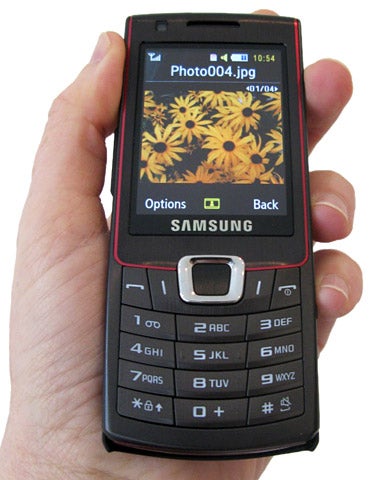 There is 110MB of built-in memory and a microSD card slot on the left edge. You need to remove the backplate to get to it. The handset’s music playback capability is good. As ever, though, Samsung lets itself down with an iffy connector to the phone. The headset shares the same mini USB slot as mains power and PC connectivity cable. Fortunately, the headset is two-piece and the 3.5mm slot just past the microphone means you can use your own earphones if you don’t like Samsung’s quite good in-ear buds.


Samsung’s handsets often display good battery life and the Lucido S7220 is another example. It played music for an impressive 16 hours 20 minutes off a full battery charge. Music playback was automatically stopped at this point, but the handset remained alive and able to make and take calls for nearly 22 hours. Samsung’s official quote is 7.1 hours of talk (4.3 hours on 3G), 400 hours on standby. 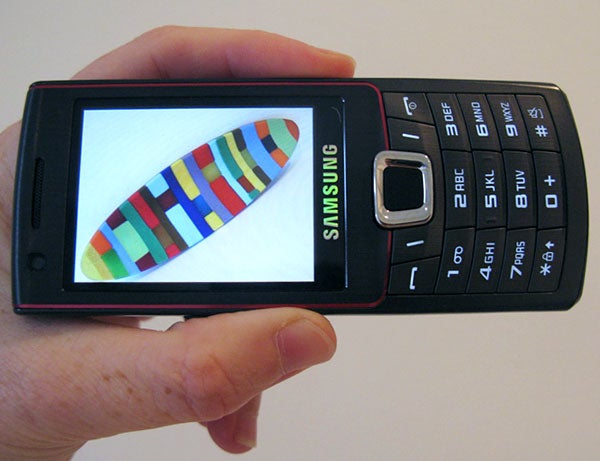 Another plus is the FM radio with RDS and 15 preset stations. Not only does the radio main screen display the name of the station you are listening to, it also displays the associated text line, which might include a URL or phone number. When the radio is playing and you are on the handset’s main screen there’s a small bar with info about the station and you can use the navigation button to flick between preset stations. It is not original but it’s really easy to get on with. It’s a similar mini controller to the one that you use with the music player.


There’s GPS on board but you have to be something of a detective to find and use it. You can geotag images easily enough, but there’s nothing else that hints at the presence of GPS. I can’t for the life of me work out why Samsung hasn’t bothered to pre-install Google Maps just to get you started.

There is a front camera for two-way video-calling and the main camera shoots at 5-megapixels. It has autofocus, a panorama mode, and an LED flash. Shots are of mixed quality. Indoors under normal household lights, the coloured dish is bright and clear with good colour reproduction. Outside, the chair is fairly good though focus is a bit off.


Again outdoors, the absence of a macro mode shows itself in the flowers. Colour reproduction is fine, but focus, from about 10 inches away, is poor. 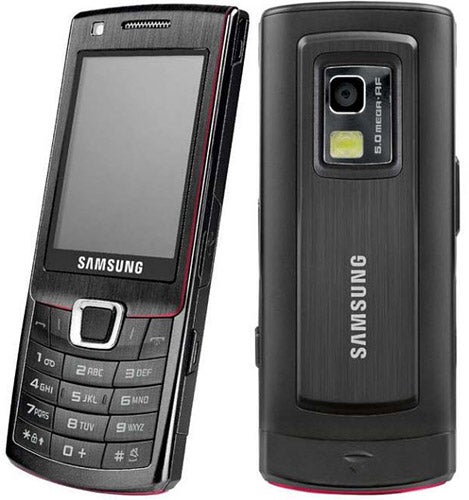 Viewing images is an area where the automatic screen rotation comes into its own. Slanting the phone in your hand is all that’s needed to move through a slideshow, and of course, swivelling it is enough to take you from landscape to portrait format. In some ways, this is a more elegant solution than sweeping at a touchscreen to move things forward. It certainly leaves fewer greasy fingermarks on the screen!


I really liked the Samsung Lucido S7220. Considering its low cost, it has a whole bunch of good features. Shame the GPS is hidden away, but overall if you are looking for a SIM-free choice this could be a good shortlist handset. 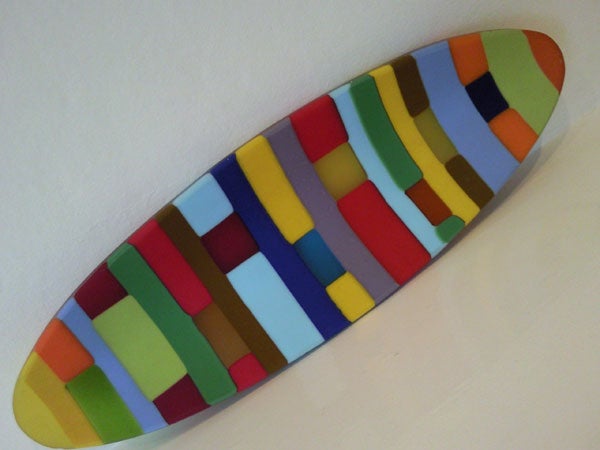 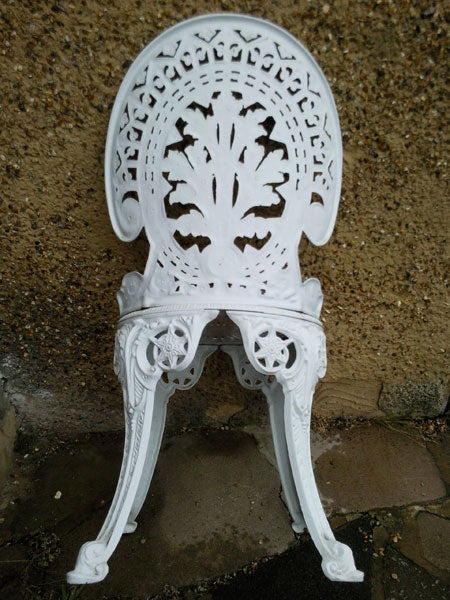 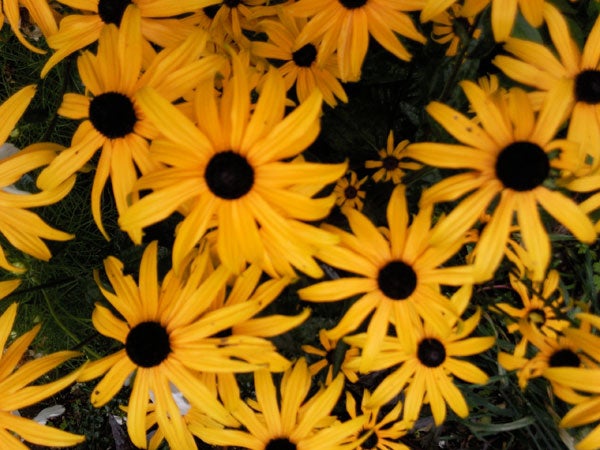