The Lily from Samsung is an entry level flip phone and without wanting to sound patronising in any way is most definitely a phone aimed at younger girls. Its livery is mostly white with flashes of pale pinky-purple around the edges. The two colours are used in pretty much equal measure along with silver.


The colour scheme is a clue pointing to the market, but the fact is clinched by the 30ml bottle of ‘Miss Sixty elixir’ that comes in the box. You can research it if you feel the need. For the record, my review sample came from Orange, where it is only available on Pay As You Go. 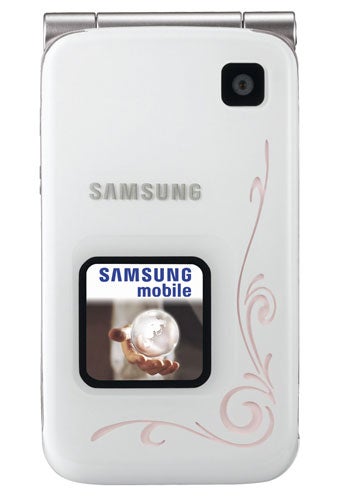 As a flip phone the Lily E420 it is fairly small at 83.5mm tall, 45.4mm wide and 17.8mm thick. When you open the flip it becomes 150mm tall and it feels comfortable enough to use for making voice calls. It weighs just 77g, thanks both to its plastic casing and relatively lack of internal gubbins.


That said, it does manage a colour front screen as well as an internal one. Both are OLED LCDs. The front screen displays 96 x 96 pixels and is offset from a central position on the front fascia to allow space for what at first looks like a simple design swirl.


However, as you start to use the phone you realise that this has an intermittent backlight to signify an incoming call, flashing a pinkish white light at you. It does this even when the phone is set to silent mode.


Open the handset up and the internal screen shows of its 128 x 160 pixels distributed across an area measuring two diagonal inches. The graphics are necessarily large and blocky, which may please those who tend to find themselves squinting at small text on higher resolution screens. 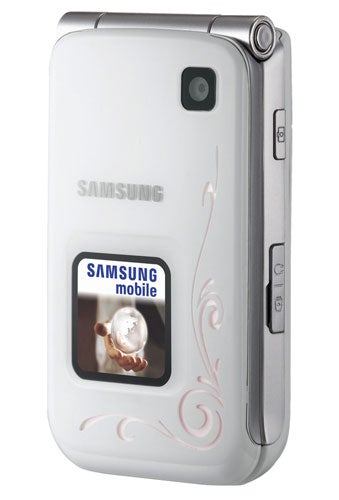 The numberpad is large and despite the fact that it is flat I found it very easy to use. The keys are alternately silver and white, which helps to hit them accurately. The Call and End keys and twin softmenu keys above are also large.


The navigation button’s central select key is the only real let down in ease of use terms as it is rather small. The four points of the navigation button are handy shortcuts to various applications. Press the left side and you are straight into SMS creation mode. The right side lets you change ringtone. Press down and you are into the handset’s calendar, while pressing up lets you set one of the three alarms. There is a level of simplicity here aimed at key functions, which some complex handsets can lose sight of.


The edges of the phone are minimal, with few buttons. There is a volume rocker on the left edge and a button for using the built-in camera on the right. This edge also houses a covered slot that doubles as a connector for a headset and mains power.

The camera is not going to win any prizes. It shoots stills at resolutions up to just 640 x 480, which is probably by most people’s standards going to sound unacceptably poor. It doesn’t shoot video at all. Another turn-off for many will be that the absence of a memory card slot and Bluetooth means that to get photos off the handset they have to be sent over the air. The sample shots were sent to another handset via MMS, in fact.


The camera performs far better outdoors than inside. My standard reference shot of the coloured dish taken indoors under normal household lighting is fuzzy and dark. The colour reproduction on the flowers is pretty close to the whitey pink they are in real life, though the phone doesn’t capture the dark green leaves surrounding them in any kind of detail. In terms of overall quality then, shots taken with this phone are clearly not going be the kinds of photos you’ll want to keep for ever. 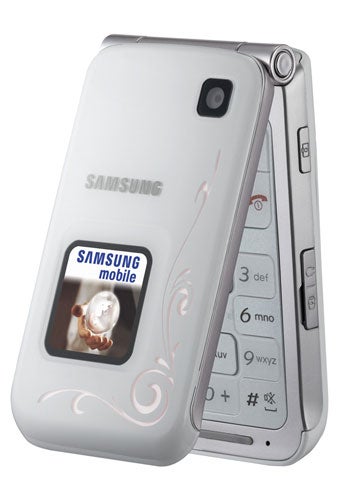 
In terms of the remaining specifications it won’t surprise you to learn that things are pretty basic.


This is a Tri-band GSM phone with GPRS. There is a WAP browser but no full HTML support. As I’ve already indicated there is a calendar you can manage from within the handset but there is no data synchronisation facility.


The calendar sits within the Organiser group on the phone and this also offers a memo feature, to do list manager, the alarms I mentioned earlier, a voice recorder, calculator, timer, stopwatch and unit converters for currency, length, weight, volume, area and temperature. The handset supports Java and there are a couple of games built in. 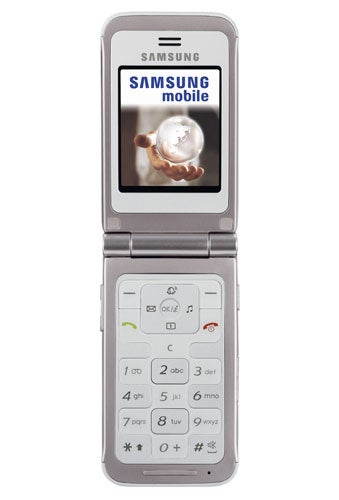 There is just 2MB of built in memory, and no way of expanding on that. You can store 200 text messages and 500 contacts on the phone.

What the Lily lacks is a music player and the range of polyphonic ringtones is rather plinky too.


Without a music player I couldn’t perform my usual battery rundown test. However Samsung quotes up to 350 hours of standby time for this handset, which is way more than I obtained. Orange’s estimate of one day is far closer to what I got during testing. I wouldn’t want to have to survive for a weekend without a mains power adaptor.


As an entry level mobile phone the Lily E420 has some features I rather like. I’m surprisingly drawn to the front light, and the number pad is very easy to use at speed. With no music player, no Bluetooth, no HTML and a woeful camera, though, this really is a handset that’s limited to making voice calls and texting. 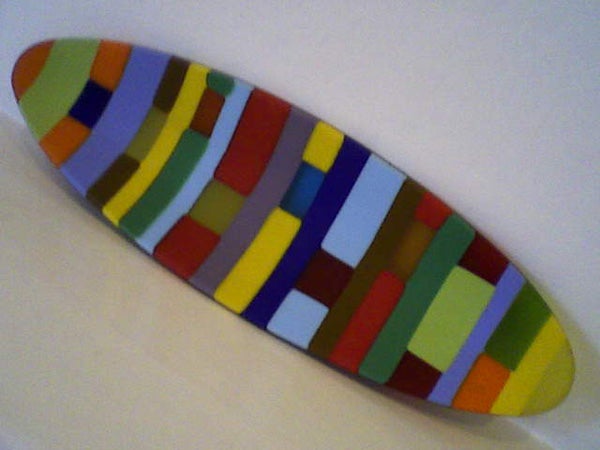 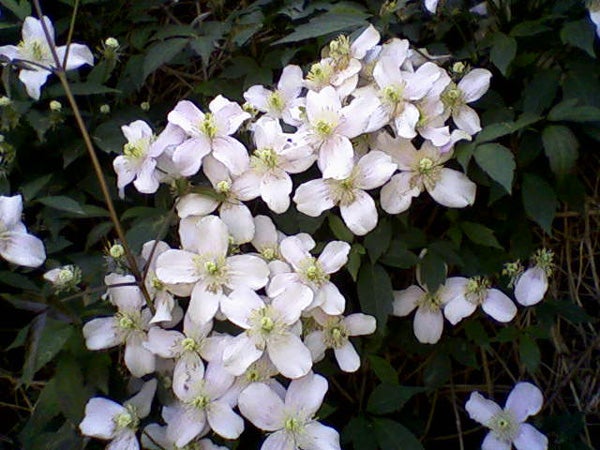