What are the Samsung Level On Wireless Pro?

The Samsung Level On Wireless Pro are on-ear headphones that are designed mainly for use with phones. Ideally Samsung ones, from their maker’s viewpoint at least.

Thanks to clever Samsung tech, they offer much higher-quality wireless audio transmissions than you get with rivals such as Beats or Sennheiser. The sound signature isn’t perfect, but these headphones are accessible and enjoyable to listen to, for the most part. 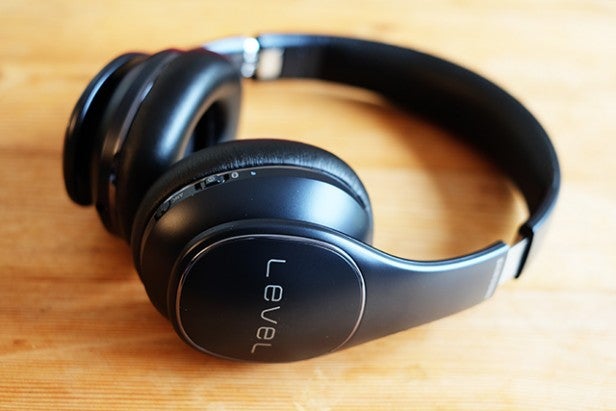 The Samsung Level On Wireless Pro are Bluetooth headphones, the kind you might wear on the way to work. Design-wise, they take an interesting approach.

They’re a little large for an on-ear set, with pads that sit both on and around your ears. The pads are larger than the ones featured on the Sennheiser Momentum On-ear Wireless, perhaps this set’s closest rival.

It’s a style that works well. The Samsung Level On Wireless Pro use very soft, faux-leather-topped foam pads and light to mid-level headband tension, spreading not-too-firm pressure across a pretty wide area. Specs-wearers may find them uncomfortable to wear for prolonged periods, but this is true of most headphones of this style. In my opinion, they’re among the most comfy headphones in their class – though the headband grip is really too light for use when running. 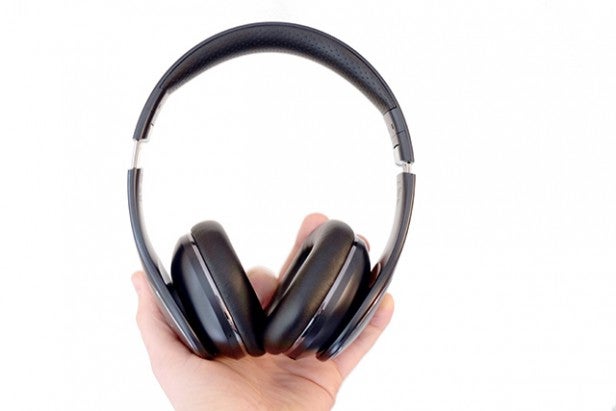 The Samsung Level On Wireless Pro look a little like a more grown-up, slightly lower-key Beats headphone. They’re not beautiful, but they aren’t visually offensive either.

There’s nothing too flashy about the Samsung Level On Wireless Pro’s construction, either. The outer part is all plastic, all the padding – as mentioned – is made of faux leather rather than the real deal, and even the visible sections of the metal headband have a brushed finish to take the shine off.

Ready for the road, the Samsung Level On Wireless Pro fold up, come with a carry bag and offer decent isolation for an on-ear pair of headphones – even without the active noise cancellation feature turned on.

These are some of the techiest headphones I’ve used over the past 12 months, though. Wireless is the main feature, but as the Samsung Level On Wireless Pro need a mic to take calls and a battery to power the Bluetooth connection, Samsung has also added active noise cancellation.

It’s not Bose QC25-grade cancellation. Instead it’s designed to take the edge off ambient sound rather than totally zap it. As such, you probably wouldn’t use these without any music playing just to silence crying kids in Starbucks, but it does stop passing cars from cutting into your listening. Plus it avoids the odd sense of in-ear pressure you get from more intense ANC models.

You can also turn ANC on and off using a switch on the Samsung Level On Wireless Pro, because it does affect the sound a little. It also halves battery life from 20-23 hours to only 11. 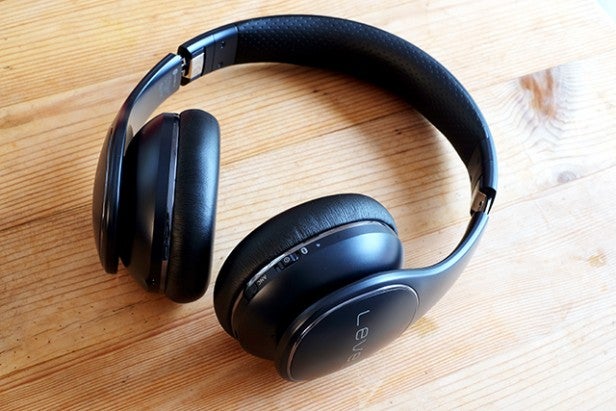 There are Samsung-exclusive features, but they don’t stop them from working with other phones. On the wireless side, these headphones will work with just about any Bluetooth device: iPhones, all Android phones and laptops.

You can also continue to use the Samsung Level On Wireless Pro when the battery is dead because, like most wireless headphones, they have a 3.5mm socket; a 3.5mm jack cable is supplied in the box too.

The Samsung Level On Wireless Pro’s special move is ultra-high-quality wireless transmission. Most other Bluetooth wireless headphones offer aptX if you’re lucky, but Samsung’s custom codec promises transmission at 24-bit 192KHz. It’s called UHQ, and we’re likely to hear more about it in the future. For now, it works only with the very latest Samsung phones – such as the Galaxy Note 5 and Samsung Galaxy S6 Edge+.

It’s exciting technology that addresses many of the long-standing “audiophile” gripes about portable wireless audio. However, at this level, focusing on it too much is to get your priorities in the wrong order. No amount of high-grade audio tech is going to mask bad tuning or a poor driver. Using both the Edge+ and a couple of other phones, Bluetooth performance was nigh-on perfect. 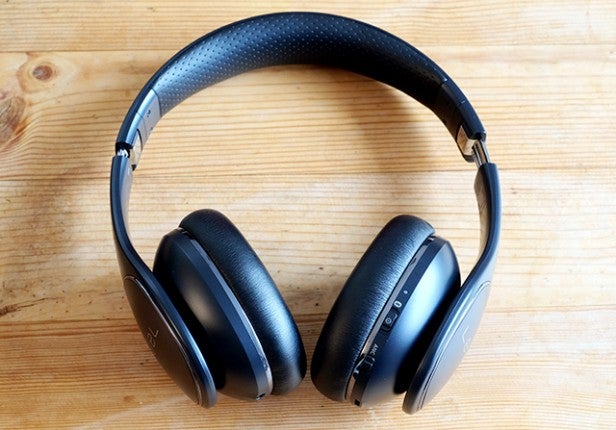 As was the case with the first Samsung Level headphones I listened to, the Level On Wireless Pro offer a particularly smooth and rich sound that, while not quite as exciting as some others, is pretty good.

Common to just about all portable headphones, bass is meaty – but it’s actually smoother and more natural-sounding than the fairly well-regarded Sennheiser Momentum On-ear. These are easy-listening headphones, with no sense of distortion, sibilance or harshness. Compared with the much more aggressive Beats Solo 2, they’re velvety smooth.

Like the fit, the Samsung Level On Wireless Pro sound is ear-caressing. They provide a very accessible tone, and one without veiled-sounding treble or boomy bass. However, a series of sound limitations make them appear rather flat and undynamic compared with some headphones at this price.

First, the mids are soft, and take a back seat compared to the treble and bass. As with the rest of the sound, they’re smooth as you like – but they just don’t offer quite enough definition. 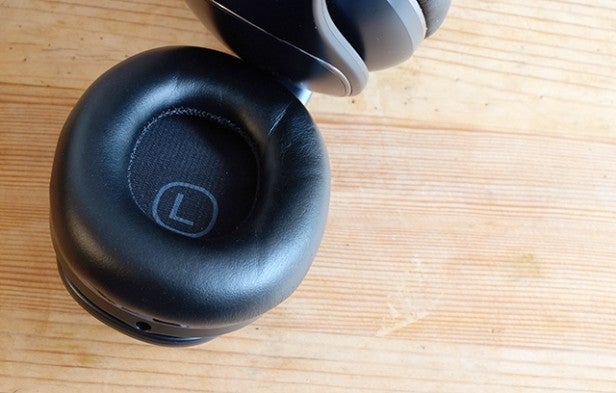 The real Samsung Level On Wireless Pro weak point, though, is how these headphones manage their soundstage. It’s diffuse: often unable to present a properly defined central channel. Vocals bleed freely into the left and right channels, which is what makes the sound presentation of these headphones seem a little flat, and at times lifeless.

This is a real shame, since it makes the Samsung Level On Wireless Pro less appealing than the Sennheiser On-ear, even though their low-frequency control is significantly better.

Having that flat-sounding mid-range/central channel also reveals the mid-bass boost that most style/portable headphones have to some extent. This further congests the mid-range – much of the sound from the Samsung Level On Wireless Pro seems flat with poorly defined imaging rather than veiled, murky, foggy, for example.

It almost seems as though Samsung was aiming for an open-back style sound here, where greater “airiness” can work with this smooth signature.

All this criticism may appear to suggest that you’re best steering clear, but it isn’t quite that simple.

Price-wise, the Samsung Level On Wireless Pro’s main rivals are the Beats Solo 2 Wireless and Sennheiser Momentum On-ear Wireless. However, in terms of tonal fidelity and control, these headphones are much closer to non-wireless, non-ANC models that are a similar price, or more expensive. I’m talking about sets such as the Sennheiser Momentum 2.0, the Denon AH-MM400 and even the Oppo PM-3.

The Samsung Level On Wireless Pro are just so much smoother and more controlled in their sound, they make rivals such as the Beats Solo 2 sound embarrassingly bloated in comparison. Are you willing to trade away a little energy and excitement for a sound that comes across as more refined – even if its presentation is flat?

Should I buy the Samsung Level On Wireless Pro?

The world of wireless headphones is a tricky one to survey. Bluetooth is included in phones costing only £30, but put the feature into a pair of headphones and you’ll pay £100 extra for the privilege.

I’d suggest you think about whether it’s really necessary; whether you’d be better opting for a “normal” pair. In my opinion, the premium it adds to the cost means that no wireless headphones offer that great value for money.

So how do the Samsung Level On Wireless Pro fare in context? Well, there are highs and lows.

It’s a head-scratcher. You need to determine what’s of most importance: do you value balanced bass and a smooth sound over energy and clear positional audio?