What are the Samsung Level On headphones?

The idea behind the Samsung Level On headphones is pretty obvious. This range is Samsung’s alternative to Beats’s headphones. The Level On don’t offer wireless or active noise cancellation, but they do offer a degree of style.

Although not cheap, they £20 cheaper than the new Beats Solo 2 at £149.99, and offer just a slightly tweaked take on the portable-friendly on-ear style headphone. Like Beats, they’re not for extreme audiophiles, but they aren’t half good for public transport. 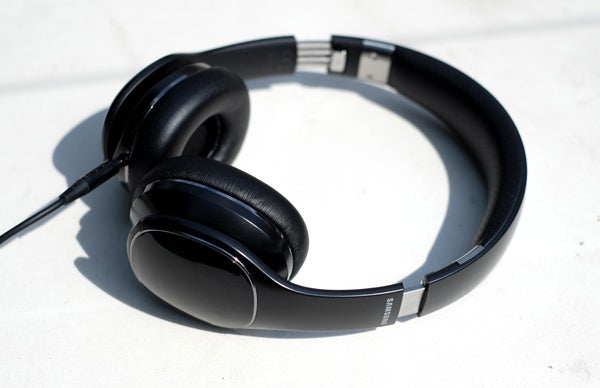 Samsung Level On – Design and Comfort

The Samsung Level On are on-ear headphones, the size that sits between earphones and the giant over-ear headphones that often require a bit of confidence to pull off. These are not shrinking violets, though.

Their slick curves and a moody black design are far enough removed from the bog-standard look of your average pair to give it that style edge. They look good, but they do look best when they’re not on someone’s head, sadly.

As with many pairs of on-ear and over-ear headphones, the headband sticks out that bit too far from your head to look entirely cool – the aim of any style headphone. Keeping the headband close to your head is one thing we’ve always liked about the Beats Solo headphones – more than their sound, if we’re honest. 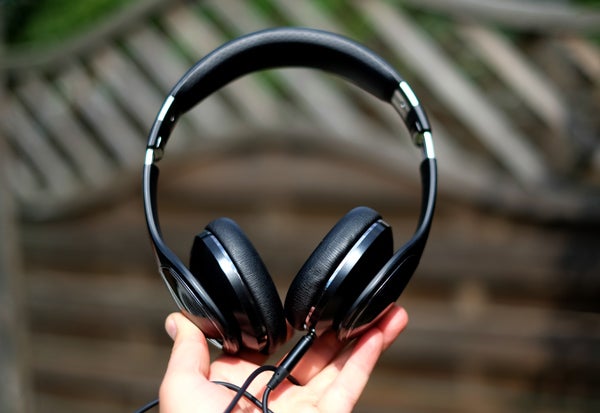 The Samsung Level On are plastic, apart from the usual band of steel that provides the strength and flexibility headphones need. They don’t feel tremendously expensive, but the benefit of using plastic is that the set is light – and light usually means comfortable.

Samsung has also put greater emphasis on comfort than Beats does in its Solo 2 headphones. The headband tension is lighter, the earpads are softer and the headband padding is synthetic leather-padded foam rather than rubbery gel.

Many people are likely to prefer the feel of the Samsung Level On to the Beats Solo 2. They’re very comfy. However, there is a reason for the Solo’s grippier approach. These headphones don’t offer enough grip to make them suitable for running or a more vigorous workout. They’ll move around too much. 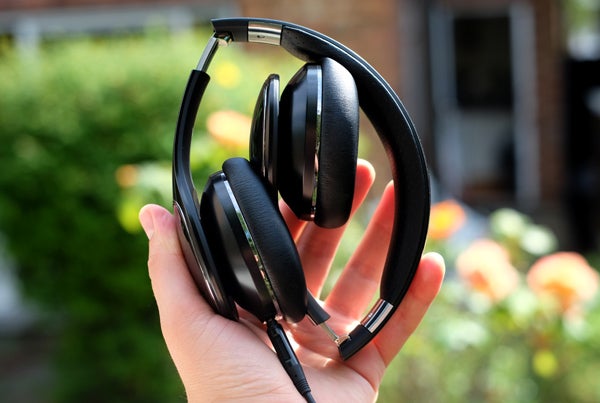 The Level On headphones fold up for portability, like this

We think of the Samsung Level On much more as simple headphones for walking about with, headphones that thrive on public transport. The nice squidgy pads offer rather good noise isolation too.

They’re not going to block out the sound of bus and train engines as well as the Bose QC20i, but we found them a joy to use on the commute, especially given this is often a weak point of on-ear headphones. The Sennheiser Momentum On-ear are a good example of this – great headphones, rubbish noise isolation. 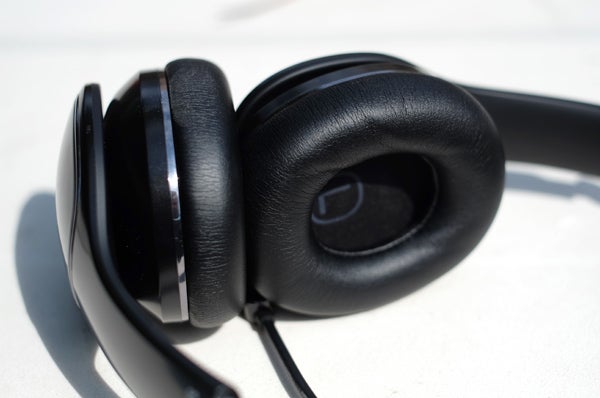 So far, so good. But Samsung’s relative inexperience in the headphone space to seem to show through in the cable. The wire itself is totally fine – thick enough to avoid tangling and pretty high-quality – but both the jack that plugs the cable into the right earcup and the remote control housing are unnecessarily large.

The remote design is a point of taste, and its curvature does make it easy to use blind (it’s designed for Samsung Android phones, naturally enough), but the weirdly large jack housing that plugs into the earcup makes it too easy to snag on things. And headphone snags turn into connection issues, which can lead to binned headphones – even if the cable is removable. 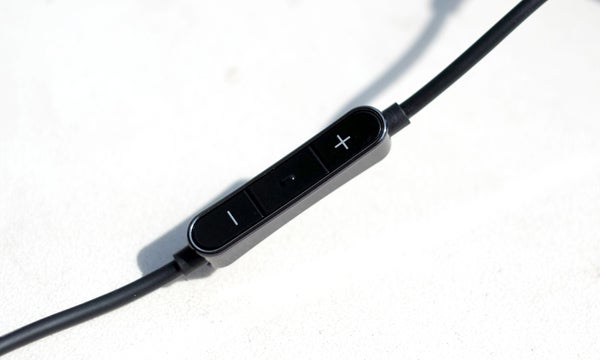 The Samsung Level On headphones use 50mm drivers, a fair bit larger than the 40mm units you normally get in a set like this.

They have a very commuter-friendly sound, with a bit of extra bass to help the Level On compete with the sound of traffic. However, the bass tries a lot less hard to thump than the Beats Solo 2, giving these headphones a more relaxed sound. They are also more balanced, with a more natural-sounding mid-range.

It’s a pretty easy-going sound too, with well-resolved but smooth treble that doesn’t try to challenge the ear too much. The Level On are also fairly warm and soft-sounding, with a tone that’s about as hard-edged as a cushion. 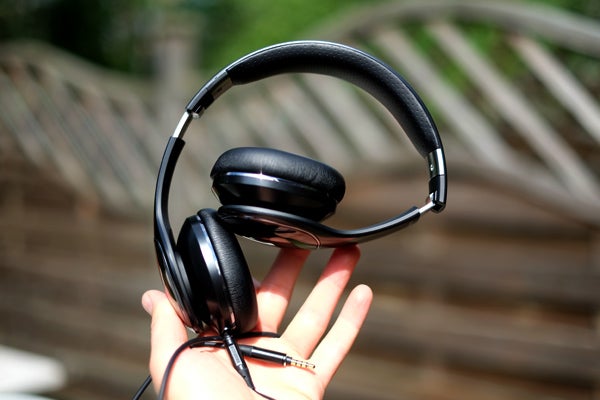 With good comfort and this kind of sound, the Samsung Level On are very easy to live with. They are not really the last word in sound quality, though. The bass is a bit pudgy, a little overinflated and is not particularly taut – there’s that lack of disciple that we often hear in style headphones like these.

And while they don’t sound congested, the warmth of these headphones does work against the audio separation they offer. While we prefer the tone of the Level On to the Beats Solo 2, this cloying warmth is more of an issue here than it is in the rival Beats. 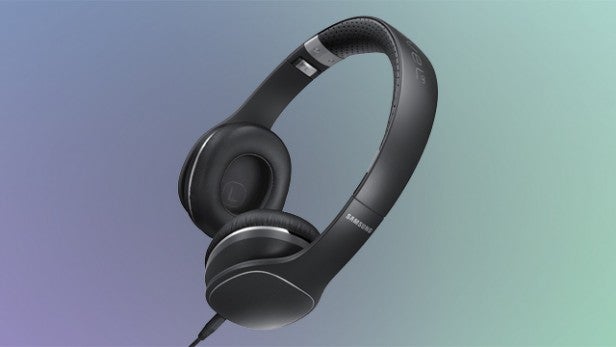 Should I buy the Samsung Level On headphones?

While the Samsung Level On headphones sound a little warm in good, quiet conditions, these headphones excel when they’re worn out and about, as their warm, fairly bassy sound can cope pretty well against outside noise. The sound is also more natural-sounding than what you get with the Beats Solo 2.

If you’re not after headphones that’ll mostly be used on planes, trains and buses, we’d probably opt for the Sennheiser Momentum On Ear instead. They offer slightly better sound. But the combo of good isolation, good comfort and pretty good sound quality makes the Samsung Level On a decent bet as a commuter’s headphone.

The warm bassy sound works best when you’re out and about rather than relaxing at home, but the
combination of comfort, sound isolation and fairly good looks make the Samsung Level On a good rival for the Beats Solo 2.