As one of the more refreshingly honest companies we deal with, Samsung itself would probably admit that its first full HD TV, the LE40F71, was flawed. Initially it didn’t have a 1:1 pixel mapping mode for the direct transposition of 1,920 x 1,080 sources to its 1,920 x 1,080 pixel count (though this was fixed by a subsequent firmware update in response to public outcry); it bore no digital tuner; and colour tones and black levels could both have been better. But all the same, we saw enough potential in the 40LF71 to find ourselves looking forward eagerly to Samsung’s next full HD foray.


And now that second full HD foray is here, we’re actually even more excited about it. For it’s arrived in the form of the LE52M87BD: a truly gorgeous 52in monster boasting intriguing features galore. Interested? You should be.


We’ve said before that Samsung’s penchant for slimline, high-gloss black finishes set around sumptuous angles and curves is a wonderfully winning design formula, and this is borne out to irresistible effect by the LE52M87BD. Despite its proportions, it really is a sight for sore eyes. 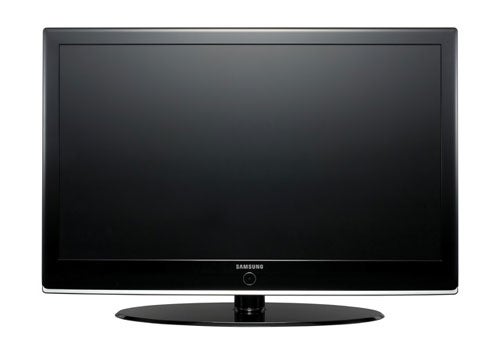 As are the TV’s connections. For remarkably, as well as immediately impressing by carrying three HDMIs, Samsung has made the LE52M87BD’s HDMIs version 1.3 affairs. They’re thus compatible with such HDMI 1.3 features as Deep Colour, which delivers an extended colour palette from compatible HD disc players; and automatic lip-synch correction so that actors’ mouths don’t seemingly move independently of the words they’re saying on a soundtrack.


We should point out here that the key Deep Colour feature, which apparently can make a real difference to picture quality, is dependent on a source disc actually including Deep Colour data – something which no current discs do (so far as we know). But hey; it’s nice to know the feature’s there should some film studios actually decide to support it, right?


As if their number and v1.3 specification wasn’t enough, the HDMIs are also compatible with 1080p feeds in all their varieties: 50Hz, 60Hz and even 24Hz (for purer signals from high-end HD disc players). Plus they’re compatible with the electronics industry’s ‘CEC’ standard, which permits interoperability between the TV and connected CEC-compatible sources. In other words, you can control almost fully any compatible connected device via the LE52M87BD’s remote control.


What’s particularly nice about this is that CEC is not manufacturer-specific, making it a more flexible approach than, say, Panasonic’s similar Viera Link technology, which only allows interoperability between Panasonic-branded kit.

The LE52M87BD’s groundbreaking HDMIs are joined by plenty of other connection goodness, including the component video feed demanded by the HD Ready specification, a D-Sub PC port, a CI slot to support what’s clearly a built-in digital tuner (that’s one lesson learned from the 40F71, then), and a digital audio output for passing on to a suitable AV receiver any digital audio tracks that might be brought in by the HDMIs.


All these features already, and we haven’t even touched the LE52M87BD’s well-presented onscreen menus yet. Highlights among the options there include a dynamic contrast feature that adjusts the backlight output automatically so that dark scenes can enjoy better black levels; a Movie Plus mode that supposedly adjusts the set’s progressive scan processing to produce clearer, smoother motion (thus tackling a key LCD technology weakness); and Samsung’s proprietary Digital Natural Image Engine processing for boosting colours, contrast, sharpness and fine detailing.


One last important feature we need to cover on the LE52M87BD is its new Super Clear panel design. This apparently radically reduces the amount of colour and light diffusion that occurs as light emerges from the LCD screen, resulting in more vivid colours and deeper black levels. 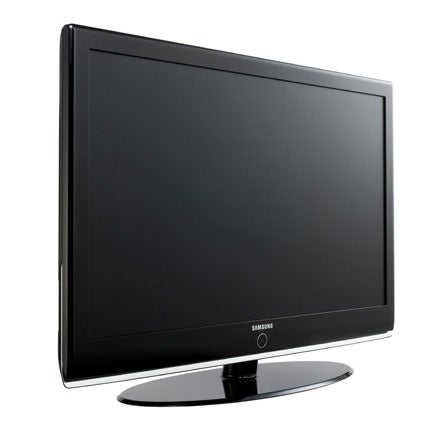 This new panel design in conjunction with the dynamic contrast feature allows Samsung to claim a frankly phenomenal contrast ratio for the LE52M87BD of 15000:1 – the highest such figure we’ve ever seen on an LCD TV.


Before we get TOO carried away by this it’s worth reflecting that contrast figures produced by backlit screen technologies like LCD TVs are never as ‘pure’ as those of self-illuminating technologies like plasma TVs, since the backlit ones depend on reducing brightness to hit their deepest blacks. But that doesn’t stop us from expecting black levels from the LE52M87BD that at least break new ground by LCD standards.

And we’re happy to report that this is exactly what it does. Dark scenes genuinely look black, avoiding LCD’s common tendency towards grey or blue tones over black areas.


In fact, the LE52M87BD’s black levels during run-throughs of notoriously dark footage such as Superman’s night-time tour of Metropolis with Lois Lane tucked under his arm in Superman Returns really do look more authentic and cinematic than we’ve ever seen them on any other LCD TV.


The latest 50in plasma turns from Panasonic, Pioneer and actually Samsung itself arguably still offer deeper, or at least more subtly detailed black levels than the LE52M87BD. But many other plasma brands’ black levels are left trailing in the LE52M87BD’s wake, meaning it makes a serious dent in this traditional plasma defence.

It’s actually a testament to just how good this Samsung’s black levels are that we’ve started our assessment of its performance by focussing on them rather than the TV’s full HD resolution talents. But that’s not to say that these don’t also serve the LE52M87BD very well indeed.


The outstanding HD fine detail subtleties found in the environments of Gears of War on the Xbox 360 are reproduced with scintillating clarity and sharpness, while the remarkable detailing found in the digitised backdrops of Star Wars: The Revenge of the Sith as recorded from Sky HD has seldom, if ever looked clearer.


The general HD crispness and ‘snap’ is particularly evident if you use with 1,920 x 1,080 sources the ‘1:1’ pixel mode Samsung has thankfully included on the LE52M87BD, with which the set doesn’t need to indulge in any potentially noise-inducing scaling processing.


Full HD loveliness is also apparent in the Samsung’s colour presentation. The extra pixel density afforded by the 1,920 x 1,080 pixel count makes for near-seamless colour blends, as well as extra solidity to such colourful HD delights as the sun-drenched sequences around the Bahaman resort in the immaculate Blu-ray transfer of Casino Royale. 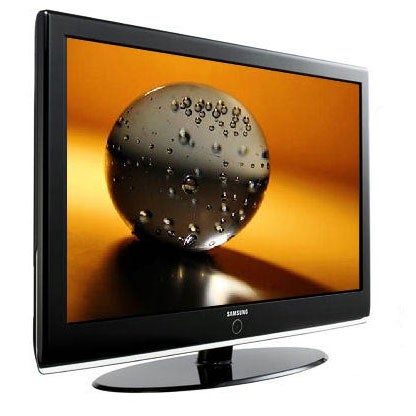 The LE52M87BD’s colours are also notable for their extreme vibrancy, as colourful scenes burst into your living room in a genuine blaze of glory. But unlike a number of previous Samsung TVs, this 52in range-topper can also do subtle tones that tend to look unusually authentic by LCD standards.


Not even the sort of immediately gratifying picture features described so far can completely hide a couple of flaws in the LE52M87BD’s performance, though.


First and worst, the screen isn’t the best at handling moving objects. With the Movie Plus mode we mentioned earlier deactivated, fast motion can look slightly unfocussed as it loses resolution as a result of LCD technology’s response time issues. Yet while calling Movie Plus into play certainly sharpens motion up, it also makes the picture look a little over-processed, and causes edges of moving objects to flicker. The motion problems reduce a little with 1080p viewing, but at no point did we manage to get movement looking quite as immaculate as we’d like.


The second, lesser problem concerns some occasionally quite obvious video noise with standard definition sources. But this is very common with full HD sets, and seems to some extent the price you have to pay for their extra HD potential.


Although we finished our assessment of the Samsung LE52M87BD’s pictures on a bum note, and have to say too that its audio talents aren’t quite as powerful as such a large, movie-friendly TV really deserves, we still openly admit to loving this TV to bits.


Its colours, sharpness, looks, sheer size, connectivity, features and above all ground-breaking black levels all mark it out as something really quite special that no prospective big TV buyer can afford to ignore.