With most manufacturers now comfortable with the basics of LCD TV production, we’re starting to see a sudden, widespread and welcome charge to tackle the seemingly intractable technological problems that are arguably stoping big-screen LCDs from reaching the same giddy picture quality heights as the best plasmas out there.


In the case of Samsung’s 40in LE40N73, this ‘problem solving’ drive is focused on the rather key area of colour. Usually LCDs struggle to deliver a wide and believable colour range, but Samsung has come up with what it claims is a solution in the form of eXtended Wide Colour Gamut (XWCG): a new backlight phosphor solution that apparently produces up to 30 per cent more of the ‘real world’ colour gamut than LCD can usually manage.


We’ll get to whether this new feature works shortly, but in the meantime we’ve got some genuinely extravagant aesthetics to cover. The 40N73’s gloss black finish, stylish angles and application of a cute angled strip along the bottom go together sublimely well – so well, in fact, that it’s quite possibly the finest looking 40in LCD TV ever.


The set is seriously healthily connected, too. Twin HDMI support leads the way, backed up by the inevitable set of component video jacks for analogue high definition duties. But there’s also an unusually wide-ranging selection of what might best be called ‘multimedia’ jacks, in the form of a D-Sub PC input; slots for various multimedia storage card formats; a USB slot for playing back digital photos from USB storage devices; and even a PictBridge jack for sending an image you’re viewing to a printer! 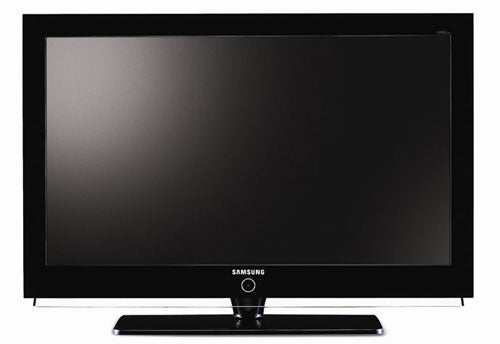 Needless to say you get the connection basics too – Scarts, S-Video, composite video. But there is one final little eye-catcher to note: a CAM slot for adding subscription TV cards that instantly reveals the presence of a built in digital tuner.


Elsewhere the set employs 10-bit video processing that’s claimed to help the 40N73 achieve a striking 25.6 billion colours, while black levels should be boosted by the use of a dynamic backlight system whereby the light output is automatically reduced when a dark scene is detected. Thanks to this feature, Samsung claims a seriously high contrast ratio (by LCD standards) for the 40N73 of 6000:1.


Within the TV’s onscreen menus, meanwhile, the most interesting features we uncovered were a few picture in picture options, and a neatly presented 7-day electronic programme guide to support the digital tuner.


First impressions of the 40N73’s pictures are frankly little short of scary. They hit you like a truck – which is not, of course, a good thing. Colours are intense to the point of gaudiness, brightness levels make you squint, and there’s a fairly unpleasant amount of video noise around.

Thankfully this horror show turns out to not be inherent to the TV’s performance, but rather a function of the bonkers factory presets Samsung ships the TV with. Spend some quality time shunting the brightness, contrast and colour settings downwards, and the picture soon becomes a whole lot more appealing.


In fact, with high definition content at least the 40N73’s picture quality is capable of being frequently excellent. And with proper calibration the colours that initially seemed so troublesome suddenly become the TV’s biggest selling point.


Basically the XWCG technology not only works, but it works very well. There really does seem to be an intensity and vibrancy to the 40N73’s colours that the vast majority of rival LCD TVs cannot match. This is spectacularly evident with bright, colour-rich Xbox 360 games like Viva Pinata, but it’s also clear in the extra solidity and intensity of even the darkest movie scenes.


Talking of dark movie scenes, the 40N73 can also boast pretty impressive black levels. We’re not sure the degree of blackness on show quite justifies Samsung’s extravagant 6000:1 contrast ratio claim, but dark areas are certainly free enough of LCD’s common greying over problem to look three-dimensional and involving.


HD footage also revels in the 40N73’s eye for detail, as it portrays detail-rich scenes with extreme clarity and practically no video noise. In fact, notwithstanding the odd moment where colours come on a little too strong, there’s really nothing seriously bad to say about the 40N73’s HD performance at all. 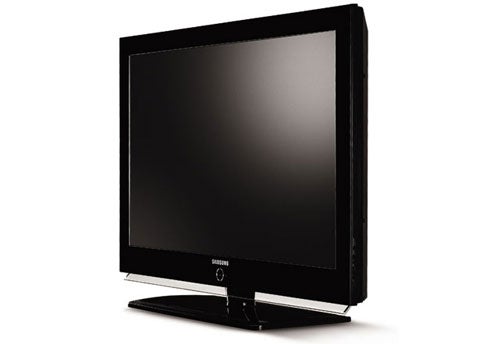 Sadly it’s a different story when it comes to standard definition. For starters, standard def pictures look much less sharp generally, to the point where they seem almost out of focus when showing a particularly low-quality source. It doesn’t help here, either, that the TV’s ability to handle motion, which seemed OK with HD, suddenly looks very suspect with standard def. Football players, for instance, look noticeably smeared as they run around the pitch.


Standard def viewing also finds those rich colours slipping off-message more often than they do with HD, and the DNIe processing doesn’t seem to do as good a job of suppressing source-based video noise as we’d hoped.


It’s fair to say that the above standard def problems aren’t present all the time, though; with some high quality standard def digital sources, especially if they’re fairly static in nature, the 40N73’s images can look great. But if you haven’t got Sky HD to give you a fair amount of quality HD time, you might eventually find the standard def weaknesses a little wearing.


It’s a pity, too, that the 40N73 shares the same slightly underwhelming sonics of many of Samsung’s current range – a product, we suspect, of Samsung’s otherwise cunning idea of hiding the speakers on the underside of the TV’s bezel.


If you’ve got HD sources coming out of your ears, the 40N73 delivers some really very good picture quality for its remarkably cheap asking price – and looks great while it’s doing it. But if you’re standard definition only right now, your money may be better spent elsewhere.